Switch to full style
Resort and backcountry skiing and snowboarding in the western US and Canada, including our famous reader-submitted No-Bull Snow Reports.
Post a reply
Tony Crocker

This was Liz' last day in L.A. The transit started at 3:06PM here vs. 6:06PM in the East with less reliable weather. Patrick was lucky to get that brief view. May/June are are L.A.'s cloudiest months at ~65% sun and we had some marine layers in the previous 3 days. Monday's persisted to noon and was hazy by late afternoon, so we drove up to Mt. Wilson (5,700 feet) ~5PM. Here's the view from there at 6PM Monday:

It didn't look like that at 3PM, but if Tuesday morning had been like Monday we would have gone to Mt. Wilson instead of Griffith Observatory.

With very clear weather Tuesday we reverted to Plan A. Griffith has lots of exhibits and a planetarium, so there are plenty of things to do besides stare at a dot on the sun for 5 hours.

We arrived ~12:30PM and were parked maybe 1/4 mile down the road. If you showed up at 2:30 you would have been at least a mile down the Western Ave. side or a steep hike up from the Greek Theatre. We spent the first 2 hours viewing the exhibits, then set up on the lawn.

First contact for Venus is harder to detect than at an eclipse and magnification is needed. Even with an image stabilizer I was about a minute later picking it up than some of the scopes, while at eclipses sometimes I get it as early as anyone. As at Lake Powell Liz and I both had filters on binoculars and occasionally shared with others.

Space was reserved on the western railing for the larger scopes of L.A. Astronomical Society members.

Spectator lines formed for them, concentrated on the largest diameter scopes which do not give you any better view for an eclipse or inner planet transit. It IS worthwhile to wait in line to see through a hydrogen alpha scope, which shows solar flares. We did that a few times, with only a line of 3-5 people as those scopes are modest in size. At the 2004 transit Venus exited the sun near a flare and you could see its "bite" taken out of the flare for several minutes after 4th contact.

I took most of my transit pictures just before and after second contact. 3:21PM

Perhaps the beginning of the "black drop effect," where the Venus appears to stretch like a drop of water hanging from an edge.

Official second contact time was 3:24:02. A bit of gray still shows between Venus and the edge of the sun here. During the period between the 2 pics above I was using the image stabilizer binoculars for a sharper view.

After second contact is when we viewed the hydrogen alpha scope and chatted with people on the lawn, to no great surprise including someone who will be on the same Australia tour as us in November for the next total eclipse. Eventually we went back inside to view more exhibits and see the planetarium show, periodically coming out to monitor Venus' progress.

7 sunspots viewable here. The ongoing solar maximum is well below those of the past century but probably higher than the early 19th century Dalton Minimum which a few people predicted.

We then went upstairs to the observatory roof. Liz there by Griffith's 12 inch scope, reputedly the most viewed scope in the world.

From there, a view of the scene on the lawn with Mt. Hollywood the peak in the background.

The sun was going to set into the Hollywood sign from the Griffith lawn, so we decided to hike up Mt. Hollywood for a slightly later/lower sunset. Zoom of Griffith Observatory from Mt. Hollywood ~15 mins before sunset.

I set up the camera again, but the solar filter did not work so well with it close to sunset.

I was using manual controls and getting more consistent results than at the annular eclipse, but I must have more to learn. Liz said the IS binoculars continued to show a good view of Venus through eclipse shades until it set below the mountains on the far side of the San Fernando Valley.

I took the solar filter off the camera for sunset.

If I zoomed the sun there was still too much glare. Even from Mt. Hollywood we did not get as low a horizon for sunset as near admin's Lake Powell campsite for the annular eclipse. A better sunset pic from Liz' point and shoot.

Some of the better pictures posted on Solar Eclipse Mailing List by Evan Zucker in San Diego: http://www.evanzucker.com/eclipse/2012/Transit/
Evren

For some of the better astrophotographers, check this out:
http://asterisk.apod.com/viewtopic.php? ... 9&start=50

Sunrise over the Baltic Sea produced some impressive views: 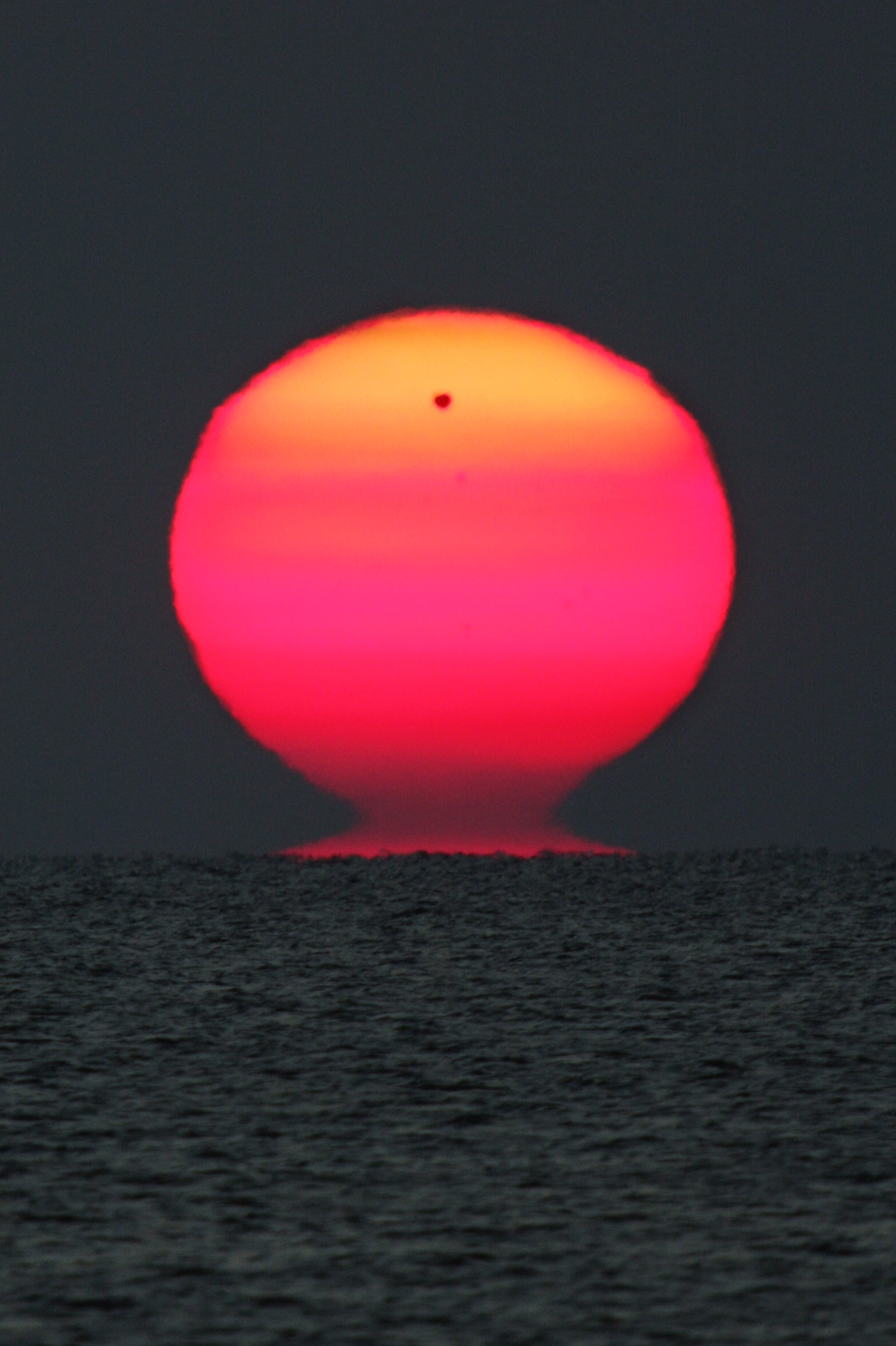 The above pic copyright Emil Ivanov Awesome pics in this thread. I wonder what people would have thought thousands of years ago having seen something like this.

I expect they would have thought it was some kind of God or something.
Last edited by PlaneSki on Wed Mar 18, 2020 3:23 am, edited 3 times in total.
Weaylor

Sunrise over the Baltic Sea produced some impressive views:

The above pic copyright Velimir Popov

Awesome pics in this thread. I wonder what people https://www.stlcurioshoppe.com/v-tight-gel-review/ would have thought thousands of years ago having seen something like this.

I expect they would have thought it was some kind of God or something.
garyjones

Awesome pics in this thread. https://www.hardmenstore.com/semenax-review/ I wonder what people would have thought thousands of years ago having seen something like this.

I expect they would have thought it was some kind of God or something.

mind relaxing picture for me....
Post a reply
Switch to full style