Switch to full style
Resort and backcountry skiing and snowboarding in the western US and Canada, including our famous reader-submitted No-Bull Snow Reports.
Post a reply
EMSC

Abasin fired up for 6 hours last night. More of a systems test IMO than anything that will stick around for long. But very close to the real thing. Loveland has a countdown timer to the end of next week for it's supposed start to snowmaking.

It has been super crazy warm most of September, but suddenly cooled down the last day or two toward normal temps. After a brief warm up for the weekend, current forecast is for normal to below normal temps starting next Monday-ish.


From Al's blog at Abasin: 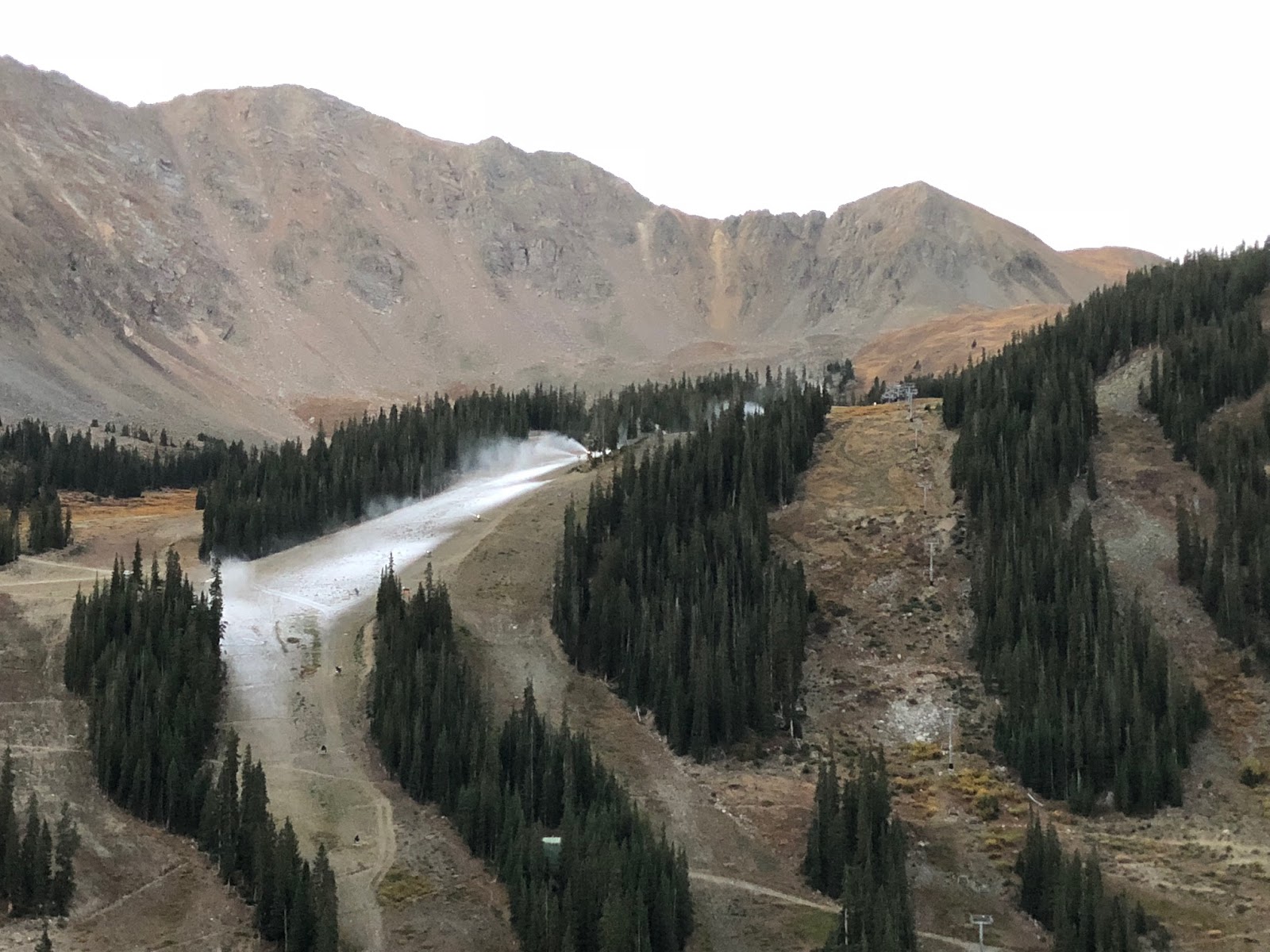 I suppose I should update this. Lots of cold and snow in much of the west including Colorado. A basin, Loveland and Copper at least are all making snow every chance they get (eg last night temps dropped to 19 or 20F) and have gotten 3-8+ inches depending on which resort. Silverton had enough at the tippy-top to do a couple of marketing pics of some turns, but almost certainly those were the turns they didn't crash due to underlying rocks, lol. Something they do every year as a desperate marketing push that doesn't cost them much $$.

It's even supposed to snow down here by this weekend, before then slowly warming up next week. I would think we may have a ribbon of snow or two ready to go sooner rather than later. Interesting dynamic this year with the near continuous cold for a week. That would assist Lovelend since they can make snow continuously. Abasin has a fairly small tank/reservoir that they exhaust after something like 36 hours and can only refill it fairly slowly from the snake river down by Keystone (per various legal agreements on water draw for them). So the much shorter hill they open up first can also get open much earlier than Lovelnd in years when there is only snowmaking at night and spread over several weeks. Loveland has at least a shot in years like this looks to be with the more continuous cold and no real hard water draw issues.

As for Copper, they pushed their opening date back 2 weeks this year due to all the construction of new lifts out of the main base area. Which as near as I can tell must be WAY behind schedule with no towers up, no base/top stations completed, etc... (just check their center village cam). Naturally they will be open to racers only probably around the same time as one of the other resorts opens to the public and will have to serve the terrain via the Super B to Excelerator lift.

Could be others also making snow, but I can't follow them all! Just the key ones opening soon. 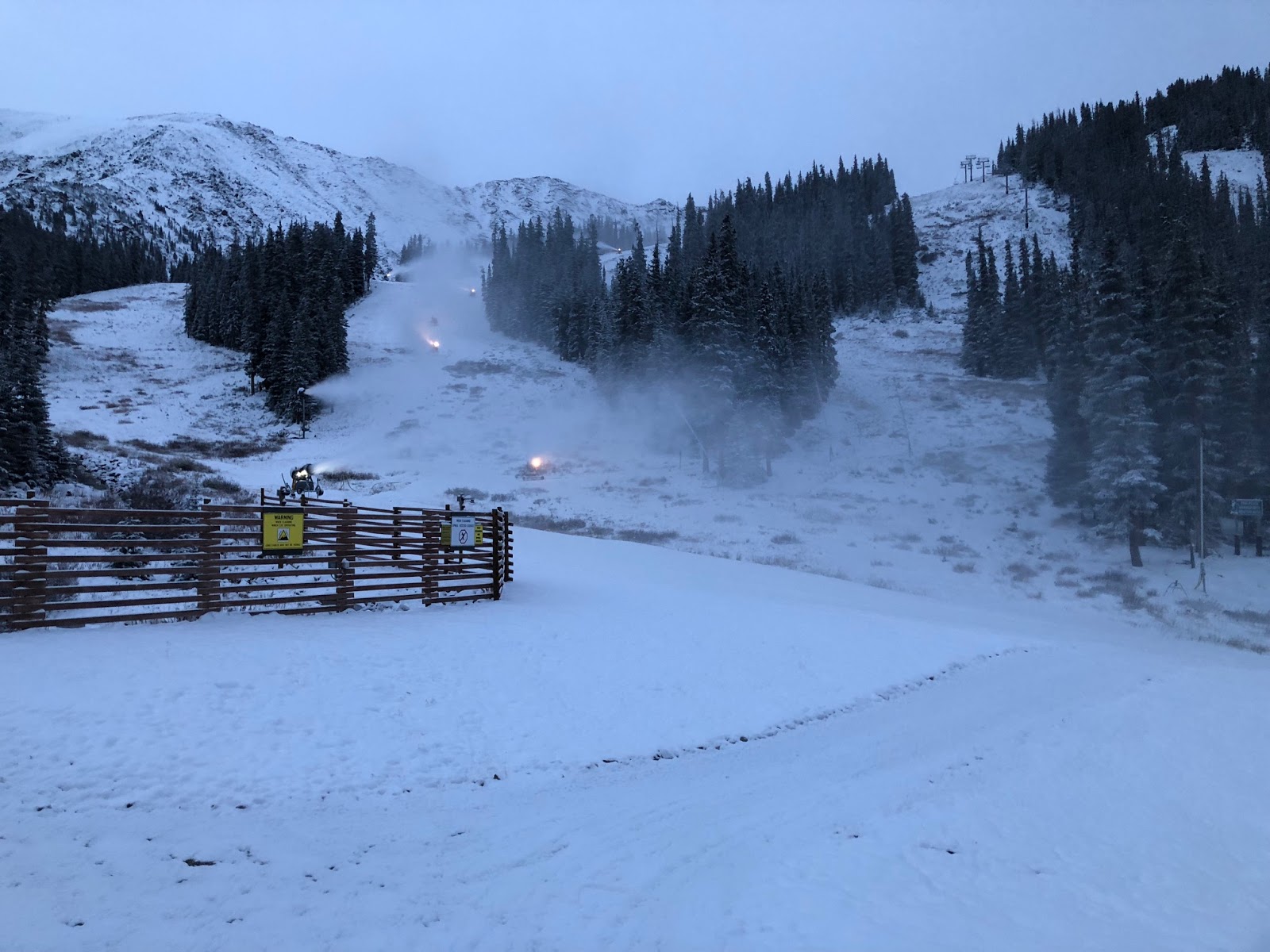 Loveland (from a day ago)