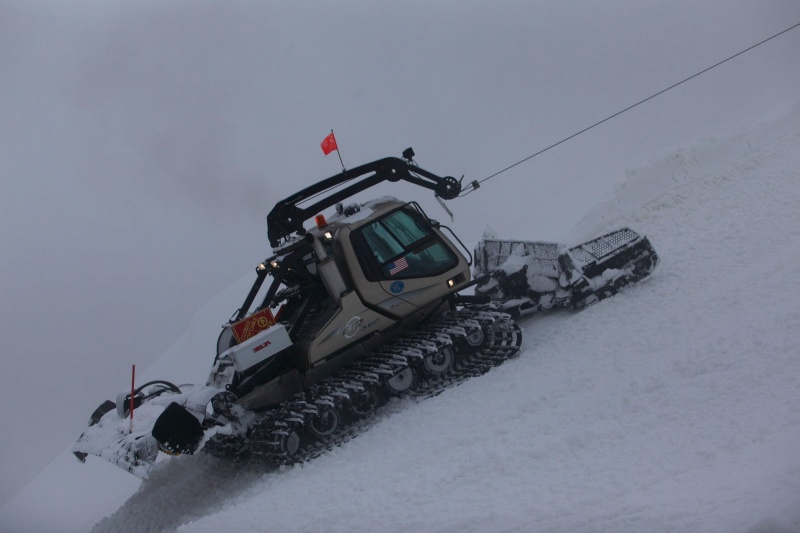 After first delaying the starting time of the today’s first  run of slalom until 10:45 a.m., International Ski Federation (FIS) officials made a collective decision along with athletes’ representatives and the local organizing committee to postpone the race until tomorrow after certain sections of the slalom course were found to be too unstable to race on due to fresh snowfall.

The weather-forced postponement of today’s Audi FIS Alpine Ski Women’s World Cup slalom isn’t a surprise to anyone who’s hung around the French mountain resort in the last few days. Intense snowfall in the last 48 hours already forced FIS and local organizers to change the initial program of the women events scheduled for this weekend on Thursday afternoon:  the slalom, initially scheduled for Sunday was moved to Saturday, while Saturday’s giant slalom was postponed to Sunday. The local organizers worked  with over 200 volunteers and two winch-cats nearly all night long.

“We gave our best, but it was Mother Nature who ultimately prevailed for today at least. We remain confident to race tomorrow,” said Bruno Tuaire, Managing Director of the local Organizing Committee.

The organizing committee is confident that racing will go ahead on Sunday given improving weather forecasts for Saturday night and Sunday morning. The Audi FIS Alpine Ski Ladies World Cup slalom competition is expected to take
place tomorrow. The first run is slated to get underway at 9:30 a.m., with the second run scheduled for 12:30 p.m.  The Audi FIS Alpine Ski Ladies World Cup giant slalom competition in Courchevel has been officially cancelled. At this time, neither a date nor  a  location  has been decided for a replacement event.