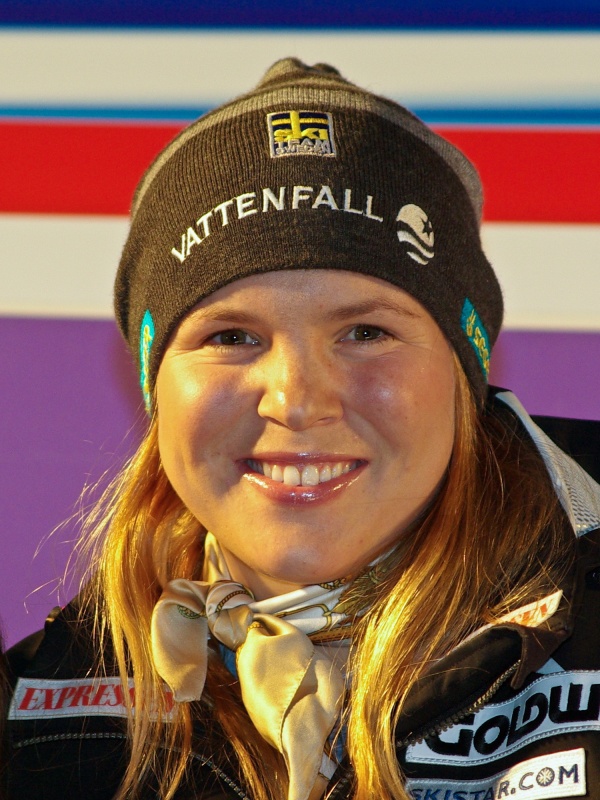 Stockholm, Sweden – Barely three months after announcing her retirement from the World Cup circuit, Swedish ski racer Anja Paerson confirmed in a radio show broadcast in her home country on Saturday that she’s a lesbian in a long-term relationship, and that she’s pregnant.

When she announced her retirement in March, Paerson cited a string of injuries in explaining her decision. During Saturday’s broadcast she announced that she is pregnant and that the anticipated delivery date is approaching.

The 30-year-old Paerson also acknowledged years of rumors surrounding her private life and confirmed that she’s in a long term relationship with her girlfriend Filippa, 39.

“The time of rumors is now over,”  Paerson said in the public radio broadcast taped on June 7. “I had never intended to fall in love with a woman. Never thought that my heart could beat so fast for a woman. I was insanely in love.”

Paerson earned a gold medal at the 2006 Olympic Winter Games and is a seven-time World Champion in all five disciplines. She has five other Olympic medals and two overall World Cup titles to her credit.