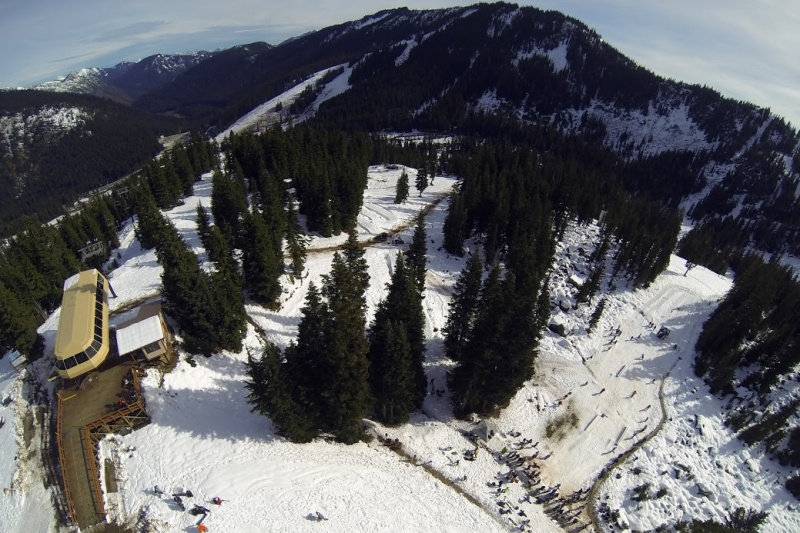 Leavenworth, WA – Not to be outdone by fellow Washington State ski area Crystal Mountain, Stevens Pass Mountain Resort opened to the public on Saturday for a special one-day “Government De-Rail Session” With clear blue skies  and temperatures in the 60’s, over 400 diehard skiers and riders showed up to hit six park features and get a little taste of the winter to come.

With more seasonal temperatures returning to the area, Stevens Pass wanted to give the public a chance to come out and enjoy the snow before it melted away.  “We couldn’t just let this snow go to waste, so we scrambled to put together a six-feature rail park and invited the public to come up and have a little fun,” said Nate Escalona, Stevens Pass Marketing Manager.

Two feet of snow fell earlier in the week, allowing the resort to record its earliest opening ever for lift accessed skiing and riding. Stevens Pass typically opens in late November for winter operations.