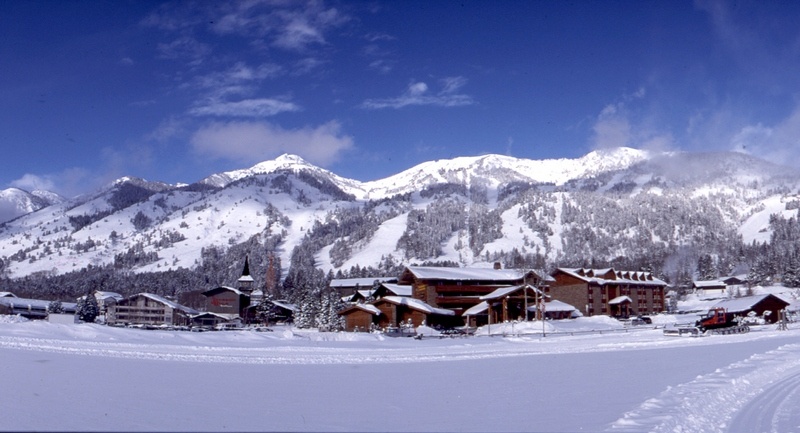 Denver, CO – Bookings and occupancy figures at a sample of approximately 274 property management companies in 17 mountain destination communities, representing more than 26,000 rooms at ski resorts across Colorado, Utah, California, Nevada, Oregon and Wyoming, are continuing their summer and fall growth patterns. With nearly half of all bookings already made for the upcoming winter, the mountain lodging industry in the western U.S. is in a position to post record-breaking numbers according to the most recent data released this week by the Denver-based research firm DestiMetrics.

On-the-books occupancy for November through April is up 8.7 percent compared to the same time last year and revenues are up 14 percent. According to the monthly data that represents reservation activity through Oct. 31, 47 percent of all of last year’s total room nights are already on the books for the 2013-14 season—taken before the majority of destination resorts had even opened for the ski season. Increases are being posted in each of the ski season months beginning in November with a 7.1 percent increase in on-the-books occupancy compared to last November.

Although optimism for the coming season is high, the DestriMetrics team still offers a cautionary note, acknowledging that despite the good early pace for bookings, it is still very early in the season with snowfall and political squabbles over the debt ceiling debate looming in Washington D.C. in January having the potential to impact the travel plans of destination skiers and snowboarders.

“Both the past summer and forthcoming winter show gains on both occupancy and rate in every month; good individually and consistently better than the past. Only recently have we seen this kind of consistent growth of the overall western mountain resort aggregated,” explained Ralf Garrison, DestiMetrics’ director. “More importantly, that strong summer finish surpasses previous record highs initially set during the pre-recession summer of 2008 and surpassed in 2012 at many destinations. And, winter business is currently on pace for the previous highs posted in 2007-08,” he added.

DestiMetrics also tracks, analyzes and reports on several key economic indicators that may impact visitors planning a ski or snowboard vacation. The closely watched Dow Jones Industrial Average ended October up 2.7 percent despite a drop of more than 900 points in the previous six weeks and posting a record high on Oct. 29, even though there were many predictions that the government shutdown would cause the market to suffer.

“Whereas consumers reacted negatively to the government shutdown, employers surprised everyone by adding more than 200,000 jobs in the hopes that consumers would show the same holiday cheer that employers are exhibiting,” noted Tom Foley, DestiMetrics’ director of operations.

In defiance of the declining Consumer Confidence Index which dropped 11.2 percent for the month, mountain travelers continued to book winter mountain travel. A “thumbs up” was given to the most recent employment news because although the Unemployment Rate went up 7.3 percent for the month, due in part to temporarily furloughed government employees being added to the tally, employers added 204,000 new jobs and exceeded analyst’s expectations.

The second consecutive month of decreases in the Travel Price Index, good news for consumers, was attributed primarily to sharp decreases in the price of auto fuel and moderate declines in commercial jet and rail fuel as well as flat nightly room rates across all U.S. markets.

“This is the most positive monthly analysis we have assembled since the collapse of Lehmann Brothers in 2008 and although resorts are pleased about the current booking picture for mountain reservations, in this business they can never disregard the potential of two potent wildcards—weather and the economy. The booking season still has a long way to go,” concluded Garrison.