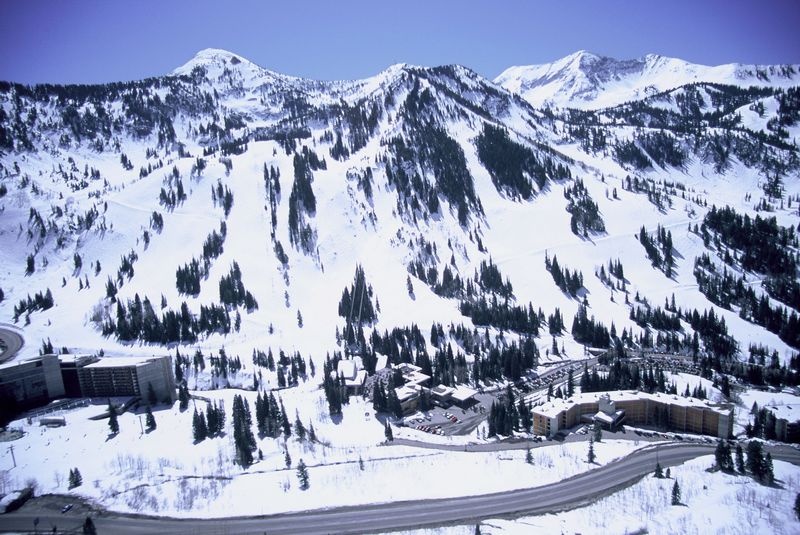 Martinsville, NJ – As the familiar cold air of November sets in, skiers across the country are beginning to feel that recognizable early season itch. Last year’s prolonged winter season was defined by a bitterly cold polar vortex freezing most parts of the East Coast and Midwest, and a historically destructive dry spell that thwarted a
recovery on the Pacific Coast. During this irregular winter, the National Ski Areas Association (NSAA) reported that domestic mountain resorts logged 56.5 million skier and snowboarder visits, down slightly from the prior season’s 56.9 million visits. Overall, considering the uncharacteristically dry weather much of the West Coast experienced, these figures — although down — are a continued positive sign for the ski industry.

During last year’s winter, most parts of the country aside from the
Pacific Coast experienced flat to increased skier visits on a year-over-year basis, according to NSAA’s data. Thanks largely to early season snowfall, Colorado attracted a record-setting 12.6 million visits during the 2013-14 season and Utah tallied its third best record of 4.1 million visits in what was admittedly a mediocre snow year in the Beehive State. Conversely, the entire western seaboard saw visits contract by roughly 24.7% as the weather failed to produce any significant snowfall throughout the winter. Similarly, Vail Resorts, the bellwether of the mountain resort industry, saw overall skier visits increase by just over 10% relative to the 2012-13 season. While growth was driven primarily by an 8.4% increase in visitation at its Colorado resorts, the firm was unable to avoid the negative effects of the ongoing drought in California as the dearth of precipitation on the West Coast resulted in a 16.2% contraction in visitors at the firm’s three Tahoe area resorts.

“On the economic front, since last year’s winter, the U.S. economy has continued on its modest upward trajectory. Domestically, despite disappointing wage growth and labor participation rates, unemployment fell to a post-recession low of 5.8% in October,” explains Ken Schapiro, an analyst with Condor Capital, an investment advisor based in Martinsville, N.J. “Additionally, global oil prices have taken a nose dive as pent-up demand has failed to keep pace with an increasing supply. According to Bloomberg, ‘Every one-cent drop in gas prices is equivalent to about a $1 billion shift in household spending on energy over a year,’ so with consumers continuing to save money at the pumps, discretionary spending should rise and have a positive impact at the slopes.

“These encouraging economic figures could lead to a respectable ski season, as long as Mother Nature chooses to cooperate,” he assures.

Despite premature calls earlier in the year for an epic El Niño weather pattern, the National Oceanic and Atmospheric Administration’s (NOAA) current forecasts are predicting a much weaker episode at best. El Niño and La Niña are terms used to describe the fluctuation in sea-surface temperatures taking place in the tropical Pacific Ocean, with El Niño associated with warmer temperatures and La Niña with colder ones.

“With the current El Niño reading, above-average temperatures are expected up and down the Pacific coastline, while readings for a majority of the Midwest and the East Coast are mixed,” cautions Schapiro.

“Similar to what has been occurring in retail, an emerging trend within the resort industry has been the growing popularity of price
discounting,” he adds. “One of the more innovative ways that resorts have been lowering prices is through multi-resort season pass packages. Purchasers of these packages are granted access to multiple mountains, of which can either be homogeneously owned by a single parent company (e.g. Vail’s Epic Pass) or by multiple companies (e.g. the Mountain Collective). Heightening this discount/multi-resort package competition among mountains has been the recent consolidation within the industry.”

One of the larger snowsport-related headlines during the summer months, and one of the larger acquisitions, was the purchase of Park City Mountain Resorts by Vail. Park City’s prior owner, Powdr Corp., was two days late in filing the appropriate paperwork to re-sign its lease in 2011. Following a prolonged legal dispute, Vail was finally able to complete the purchase in September of this year and will now be able to further its multi-resort competitive advantage with the addition of Park City to neighboring Canyons Resort, giving the company two of Utah’s most popular ski resorts to create a third destination market to offer its Epic Pass holders.

Early booking indications have been promising for parts of the country, as figures from the market research firm DestiMetrics have shown an 8.6% spike in early bookings for the upcoming season in the Rockies. On the other hand, early bookings on the Pacific Coast have contracted by 6.5%. These early numbers are indicative of a clear carryover effect from last year that DestiMetrics’ Ralf Garrison calls “snow equity”, and as such, “It is reasonable to expect solid growth in skier visits this year in Colorado,” notes Schapiro “With that said, recent snowstorms in the Midwest, Northeast, and even California have allowed some resorts to open early, and many others are set to open this week. This is a positive sign for the season and as long as West Coast resorts can stay open for the entirety of the season, we will be expecting skier days to grow by three to five percent this season.”