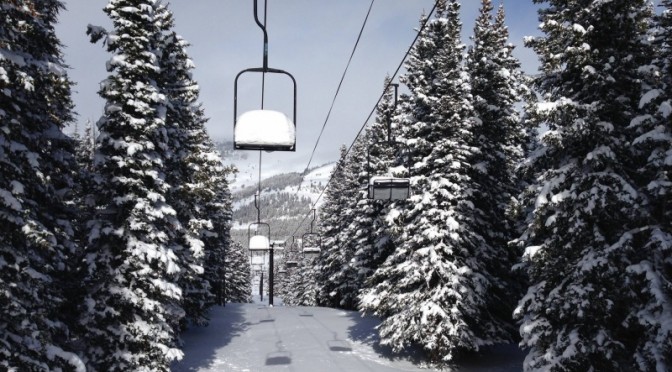 Shell, WY – Earlier this month the Antelope Butte Foundation (ABF) made its first payment on the shuttered facilities at the former Antelope Butte Ski Area in the Bighorn Mountains, near Shell, Wyoming.  ABF officials delivered the payment of $55,000, under conditions set forth in a purchase and sale agreement signed with the U.S. Forest Service in June.  The payment is the first major financial achievement for ABF and will allow the nonprofit access to the facilities, and to make basic repairs on the lodge to protect it over the upcoming winter, all as part of the group’s effort to reopen the dormant ski area in 2016.

“We have spent more than three years preparing this project, the business plans, and working with the Forest Service to save Antelope Butte,” said Mark Weitz of Sheridan, President of ABF.  “We’re excited to make this first payment ahead of schedule because it demonstrates the enthusiastic support of our communities.”

The Antelope Butte Foundation must make two more payments in 2016, totaling $220,000, to gain full ownership of the 1,000 vertical-foot ski area’s facilities, including its lodge, three lifts and more.  “It is our goal to pay off the total ahead of schedule to be able to take advantage of the 2016 construction season,” said Weitz.

Jeff Grant, of Shell, is the Vice President of ABF.  “The first step for us was to ensure that the project was viable and that Antelope Butte could be sustainable,” he said.  “Having proven that through several years of due diligence, our next step is to purchase the ski area. This marks the first of many major accomplishments to come.”

The Antelope Butte Foundation launched its first capital campaign, “Open Antelope Butte,” this summer to raise an estimated $2.9 – $3.7 million to purchase and restore the ski area.  So far the campaign has raised more than $235,000 in cash and pledges.  “Our first hurdle is to raise the cash to complete the purchase of Antelope Butte from the Forest Service, then we will work to raise the remaining funds and resources to get the area fully operational,” explains Weitz.  “We are beginning to collaborate with foundations and philanthropists who appreciate the benefits that outdoor, mountain recreation offers to our youth, families and communities, and the diverse economic benefits that a year-round recreation facility will bring.”

Gast earned a bachelor’s degree in recreation management from the University of Georgia and an MBA in tourism from Columbia Southern University.  He is a Certified Park & Recreation Professional, has worked on projects with Whitefish Mountain Resort in Montana and Cataloochee Ski Area in North Carolina, and served in executive manager and camp director roles for the Boy Scouts of America.  Most recently, Gast was the financial director of the Sheridan Senior Center before joining the Antelope Butte Foundation as a consultant to guide fundraising and special events this past spring.

“I’m a lifelong skier and lover of the mountains,” Gast said.  “When the Antelope Butte project started to gain momentum, I realized that I have experience from other organizations that could help.  I felt called to help open Antelope Butte for the sake of my sons and the other children who can learn mountain sports on our local mountain.”

Gast started in his new role on August 31 and is responsible for the long-term goals of the Antelope Butte Foundation, as well as management of its day-to-day operations.  “Our immediate focus is to raise the cash to complete the purchase of the ski area, get the deed, start working on the facilities, and engage the army of volunteers waiting to chip in and help.  Then, we will focus on the rehabilitation of the ski area, with our goal of getting the lifts running 15 months from now.”