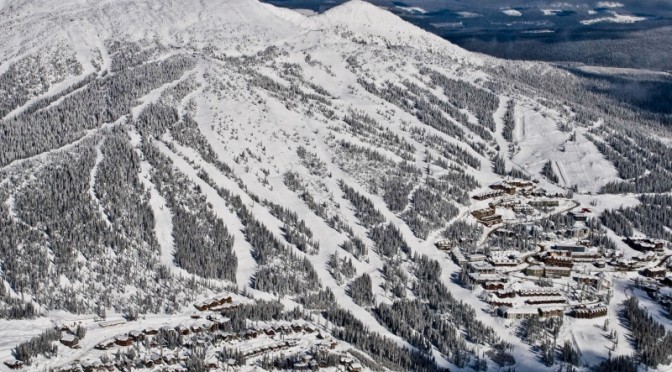 Approximately 100 para-athletes from over 25 countries will travel to Big White Ski Resort to take part in both Snowboardcross and Banked Slalom events in three different categories, Lower Limb-1 (SBLL-1), Lower Limb-2  (SBLL-2), and Upper Limb-1 (SBUL) . Canadians will be looking to improve on their performance at the Molina 2015 World Para Snowboard Championships, which saw Alex Massie, of Barrie, Ontario, take home a Bronze medal in SBLL-2 Snowboardcross.

“Canada Snowboard is both honored and elated to be hosting the Big White 2017 World Para Snowboard Championships in February 2017 and we are pleased to be working with our partners,  IPC Snowboard, Canadian Paralympic Committee (CPC), and the host venue Big White Ski Resort, to deliver an outstanding event,” said Patrick Jarvis, Executive Director of Canada Snowboard. “Our organizing committee will work hard to ensure that the organization of the event matches the exploits and the performances of the Para-snowboard athletes who will be competing for the title of world champion.”

Canada Snowboard has received financial support of Sport Canada and the Province of British Columbia to host the event, which will set the stage for riders looking to compete at the PyeongChang 2018 Paralympic Winter Games in South Korea.

“When we first had an opportunity to host a Para World Cup we put a lot of attention into what the riders on the circuit needed to help grow the sport,” says Flynn Seddon, Director of Terrain Park & Outdoor Events at Big White Ski Resort. “We’re very proud of the working relationship we have with all the coaches and athletes on the tour and we really try to use our venue and that relationship to continue to develop the Para-snowboarding.”

As the PyeongChang 2018 Paralympic Winter Games loom closer, the world’s top athletes are eager to prove themselves against a larger field, and the Canadian national Para-snowboard team is no exception. Sochi 2014 Paralympian John Leslie, of Ottawa, Ontario, is eager to test himself on the World Championships course.

“Like most of the events leading up to a winter games you must get everything out of it as you can. Having a World Championships in Canada and at our ‘home’ race course will boost my confidence and should hopefully lead to some good racing,” says Leslie. “I will have a solid idea of where I stand in the world and what will need to be done to come out with a gold in 2018 and at the world championships.”

Leslie also hopes the event will not only have a big turnout, but will have a lasting impact on the sport in Canada:

“Big White has always gone above and beyond when it comes to hosting a World class event. From the course quality to the banquet, everything is done in amazing fashion,” he adds. “It would be great if we could interest the local communities into coming out and cheering on all the athletes. When I look back on the Big White 2017 World Para Snowboard Championships I hope the legacy is the connection with the community and drawing the biggest crowd to our event.”