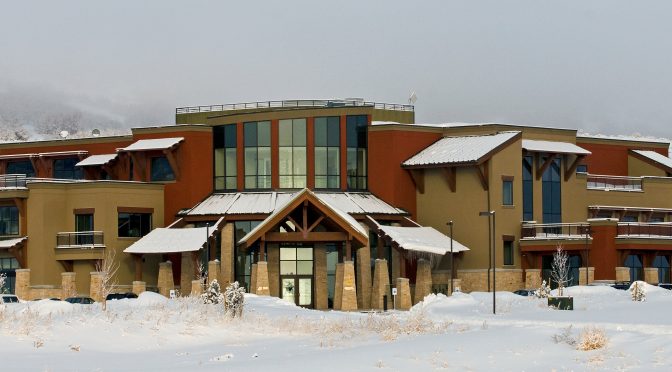 Park City, UT – Aspiring ski and snowboard athletes will have expanded opportunities as a result of collaborative partnerships between the U.S. Ski and Snowboard Association and its leading clubs, academy programs, resorts and sport performance facilities. The USSA has announced a four-level program to provide both regional and training opportunities through co-branding with those programs.

“Our U.S. skiers and snowboarders have long benefited from the efforts and generosity of clubs, academies, resorts and individuals across the nation,” said USSA President and CEO Tiger Shaw. “Collectively, these formal and informal partnerships have enabled the raising of our talented young athletes village by village, over many decades.”

To help further develop these relationships, the USSA has been evolving, defining and expanding partnership types, purposes and opportunities to co-brand with its clubs, academies and resorts. The relationships include regional and national development efforts providing unique on- and off-snow training facilities and opportunities for club, regional and national teams. Among the new programs are initiatives to replicate elements of the USSA Center of Excellence at regional locations.

The USSA will be offering a national program of partnerships to its gold and silver level clubs, as well as ski and snowboard areas, in four different categories:

U.S. Ski and Snowboard Team Development Sites – On-snow training sites providing suitable venues to be used by the USSA for national development and regional athlete training, as well as being made available for nearby clubs.

“These non-exclusive, broad partnerships are part of a long-term plan to facilitate the development and use of training venues and high performance training opportunities for national and regional athletes at both the elite and development levels,” said USSA Executive Vice President, Athletics Luke Bodensteiner. “We’re partnering with unique facilities and venues that provide the specialized training our athletes need and are accessible to a wide array of athletes. We will continue to build the program with partners capable of providing facilities and venues that will enhance our ability to train our elite teams and develop future elite athletes.”

The USSA began the process two years ago in a partnership with the Mittersill race and training center project, a further revitalization of the western side of Cannon Mountain in Franconia, N.H. that created super G, giant slalom and slalom regional opportunities. It was the beginning of simplifying and reorganizing some of USSA’s existing agreements to fall into these four categories.

The addition of the development site at Burke and the high performance center partnership with the new Ronnie Berlack Center at Burke Mountain Academy, named in honor of the late U.S. Ski Team athlete who was killed in an avalanche in Austria, was timed to celebrate Ronnie’s life and the opening ceremony of the center. The USSA is working with its gold and silver clubs to expand these partnerships throughout this season.

“We are seeking unique opportunities to enhance training for our top athletes,” said Bodensteiner. “Our history of being able to use facilities such as Soelden, Copper, Deer Valley and Mammoth has had great impact on our athletes.”

One of the key components to the partnership plan is the extension of educational information and fostering of exchanges of best practices among the USSA’s top clubs.

“Through our work at the Center of Excellence, we have developed a remarkable catalog of data and education through the work we do with elite national team athletes,” said USSA High Performance Director Troy Taylor. “These partnerships will help us do two things: First, it’s a platform for us to share our information with clubs but, even more importantly, it’s designed to start an exchange of information from our very knowledgeable club programs with each other. Especially as we add more regional high performance centers, we look to them to actively engage with each other.”

The USSA has long been regarded as a leader in high performance programs within Olympic sport worldwide. The Utah-based sports organization made a commitment to sport science over two decades ago, leading up to the opening of the Center of Excellence in 2009 in Park City.

“Our Center of Excellence and overall commitment to high performance programs has been core to our athletic success,” said USSA President and CEO Tiger Shaw. “But for us to truly impact athletes across such a large country, including those in our development system, we need to develop a program regional centers and foster exchange of best practices across our top clubs in America.”