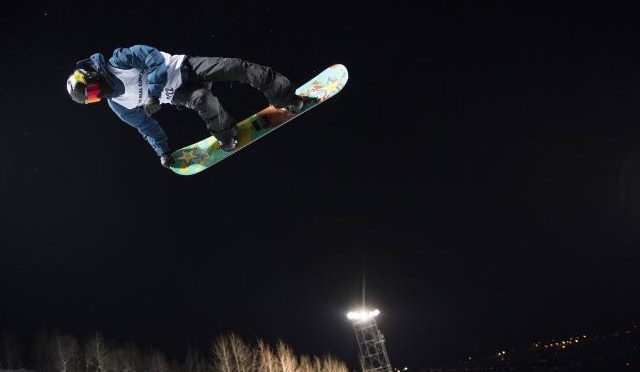 Aspen, CO – Emerging from one of the most competitive fields ever to compete in men’s halfpipe at X Games, Americans Matt Ladley and Taylor Gold, both of Steamboat Springs, Colo., scored podium finishes on Thursday night, earning silver and bronze, respectively, behind Australian Scotty James.

James won Thursday night’s competition with a run that featured huge amplitude and a backside 1260.  Ladley, who won X Games gold at Aspen in 2016, had a beautiful run that featured a huge backside 900 linked to a frontside 1260. The silver was his second medal in six X Games appearances. Ladley also won the Park City U.S. Grand Prix in 2016.

It was a triumphant return for 23-year-old Gold, who spent all of 2016 sidelined while recovering from a broken kneecap. He knew that he had the tricks going into the 2017 X Games, and the 2014 Olympian seemed to pick up right where he left off, landing a run that included a 22-foot chicken-wing McTwist. His sister, Arielle, will compete in women’s halfpipe at X Games on Saturday night.

Danny Davis, of Highland, Mich., finished fifth despite an injury to his right hand that made it difficult to grab; Louie Vito (Bellafontaine, Ohio) was sixth; Ben Ferguson (Bend, Ore.) was seventh; Shaun White (Carlsbad, Calif.) was a disappointing 11th.

Up next for the men’s snowboarding riders at X Games is men’s big air.