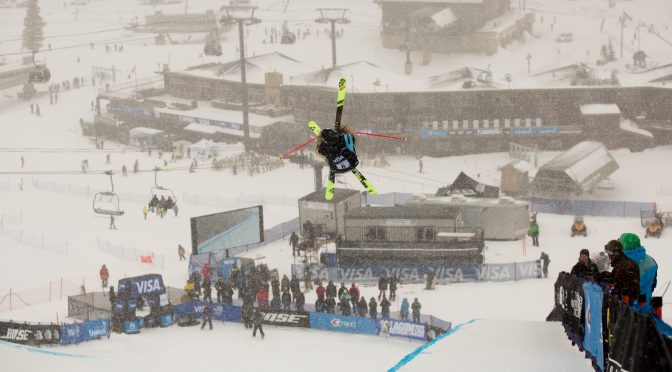 Mammoth Lakes, CA – The 2017 Toyota U.S. Grand Prix tour concludes this week at one of the nation’s premier ski and snowboard resorts, Mammoth Mountain in California. The Grand Prix will serve as the first 2018 U.S. Olympic team qualifier for both halfpipe and slopestyle.

Recently recording the snowiest January on record, Mammoth Mountain is prepped and ready to host the world’s elite skiers and snowboarders. No stranger to top-level winter sports athletes, Mammoth has long served as a training ground for the U.S. Ski and Snowboard Association’s top athletes, providing a world-class halfpipe, slopestyle and big air venue for America’s best snowboarders and skiers, as well as hosting Project Gold development camps that take place each May.

In addition to serving as the very first qualifier for the 2018 U.S. Olympic team, the Toyota U.S. Grand Prix at Mammoth will serve as a World Cup event, offering skiers and snowboarders valuable FIS points. Snowboarders will also earn points towards the World Snowboard Tour (WST) rankings, while skiers will earn points towards the Association of Freeskiing Professionals (AFP) Tour.

Following a strong showing at X Games in Aspen, Freestyle Canada will send a delegation of 24 slopestyle and halfpipe skiers to Mammoth. Noah Bowman (halfpipe) and Alex Beaulieu-Marchand (slopestyle) each earned a bronze medal in Aspen. Kaya Turski, a seven-time X Games medalist from Montreal, is also back in competition after two years off due to injury.