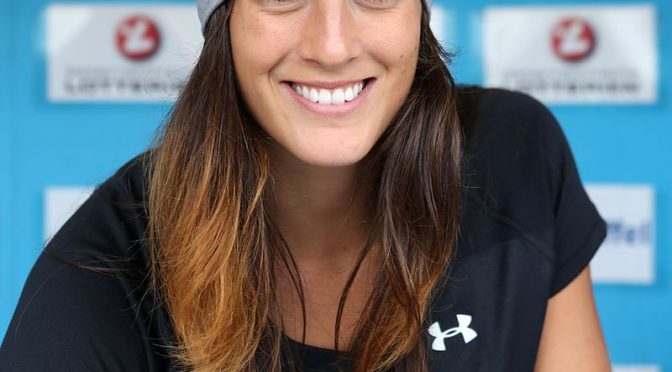 Even though she raced in Turkey a year ago, Julia Dujmovits of Austria has withdrawn from tomorrow’ race, citing concerns over her personal safety in a country that has been the site of recent terrorist attacks that include a car bombing in the World Cup host city of Kayseri on December 17, 2016 that killed 13 soldiers and wounded 55. That explosion came only a week after 44 people were killed in a double bombing following a soccer match in Istanbul.

“I have not become a snowboarder to ride under police patrols and guarded by sniper rifles,” the 30-year-old 2014 Sochi Olympic champion published to her website. “In a country that simply can not guarantee security because of the current political development, I emphasize: this is my personal point of view. I respect, of course, that other athletes have decided otherwise.”

Dujmovits added that Austria’s snow sports federation ÖSV didn’t want to send any team members at all to Turkey, and required athletes who still wanted to compete to sign a declaration that they were doing so at their own risk.  She also claims that her website was hacked and replaced by a cryptic, threatening statement. Dujmovits, however, currently sits well back in the PGS standings in fourth place, 1,220 points off the pace and out of reach of the season title.

With Dujmovits staying home and the battle for the Crystal Globes in its home stretch, all eyes are on title contenders Alena Zavarzina of Russia and Patrizia Kummer of Switzerland in this last PGS battles prior to the 12th FIS Snowboard World Championships, which are set for Sierra Nevada, Spain March 9-17. Zavarzina, the 2011 World Champion, and Kummer have already faced each other in the finals at the last two parallel giant slalom races, with Zavarzina nabbing both victories.  As a result, Zavarzina holds the current World Cup top ranking with 3,500 points, with Kummer holding second place 400 points behind.

However, Kummer is only 400 points behind having accumulated a total of 3,100 points so far being ready to give it everything to earn her career’s fifth discipline World Cup title whilst having another three overall World Cup titles to her belt, too.

On the men’s side, Bulgarian rider Radoslav Yankov (BUL) seems to be uncatchable. Yankov,  who took the overall World Cup title of the alpine snowboard World Cup tour last winter, has earned a total of 3,490 points thus far, with Austrian veteran Benjamin Karl the only real pursuer with 2,660 points. However, Karl —  a four-time World Champion who also owns two Olympic medals and seven World Cup titles — can never be counted out. In order for Karl to come out on top, he would have to win on Saturday and Yankov would have to finish no better than 14th.  And on the fringes of possibility, Swiss rider Nevin Galmarini could also theoretically take the title by winning, but only if Yankov places 24th or lower.