Staff member
Liz and I are here in Bermuda for 5 days. We are both more impressed with the island and its interesting scenery, history and geology than we expected. Unfortunately we have been skunked for scuba diving (high winds and rough seas) on the highest latitude coral island in the world with numerous shipwrecks.

The reason for the trip was an ambitious solar eclipse flight that was only announced in August. Our internet connection is mediocre, and since some of the people on the flight have returned home, I'm posting links, pics and summary from Ben Cooper in Florida.


Ben Cooper":ldqwbrn9 said:
We observed the Total Solar Eclipse of November 3, 2013 from 44,000 feet over the Atlantic aboard a 12-person Falcon 900B jet chartered from Bermuda. For the first time ever, an aircraft was used to intercept an extremely short eclipse with a perpendicular crossing of the eclipse path. There was zero margin for error, with the plane, traveling near 500mph and hitting the eclipse shadow where it touched down on earth at some 8,000 mph, required to hit a geographic point over the ocean at a precise instant (read on). It is also just the second time a flight to intercept any such super-short eclipse was accomplished successfully! (It was calculated to be seven seconds in our case had we hit dead center, but it appears, being about one second off, we got an instantaneous totality of zero seconds.) The shorter-than-normal 2013 total solar eclipse was classified as a 'hybrid', which meant that for a portion of its narrow track across Earth (in this case, only a very short section at the western end of the track south of Bermuda), it was annular. The path of this total eclipse, which began there, then took it across the Atlantic and into equatorial Africa, ending in Kenya/Ethiopia/Somalia at local sunset. At that end of the path, as from here, the duration was some 15-to-ten seconds or less. At its maximum, in the ocean west of Gabon, totality lasted as much as 99 seconds, still much shorter than the majority of total eclipses. Only a few die-hard eclipse chasers made the trek or voyage to this area. While chartered flights to intercept total solar eclipses have become almost a regular event each time, a plane would normally fly with the eclipse path and wait for the shadow to catch up with the plane, making it easier. (Stay tuned for this at the next total eclipse, March 20, 2015.) Prior to this flight, in 1986, eclipse veteran Glenn Schneider was able to intercept a 'perfect' (sun and moon exactly the same size) zero-second eclipse over the north Atlantic (a similar intercept for a 1.4 second eclipse was attempted in 1930 without success). But for our flight, where the sun would have been in front of the plane and not to the side had we followed the path, we had to cross the path at close to a 90-degree angle at the moment the shadow passed by. There was high risk for our flight in being a hair off in timing and missing totality, but we did it anyway! Special thanks to veteran eclipse chaser and friends Don Hladiuk and Robert Minor for help taking the photos out our narrow windows, both literally and figuratively, of timing and space aboard the small aircraft. Special thanks to organizers Stephan Heinsius, Dirk Ewers and expert eclipse mapper & navigator Xavier Jubier.
Click to expand...

The eclipse flight had some extra challenges. Xavier's hard drive crashed the day we arrived so he had to borrow Liz' computer, the only other Mac anyone had. Even though we were at 43,000 feet there was light turbulence and the aircraft had to wiggle to maintain its timing. We saw a "zero-second" eclipse with beads and a long diamond ring that was never completely extinguished, similar to Glenn Schneider's flight in 1986. It's the view I somewhat expected to see due to the great challenge of intercepting the shadow moving perpendicular to the aircraft at 8,000mph. ALL of the other eclipse flights including 1986 have flown along the path of the eclipse and let the shadow overtake the plane. It's amazing how many decent pictures were taken considering the movement of the aircraft and the so short time frame.

Time sequence of beads moving from left to top of the sun/moon.

Here's a couple from Xavier Jubier, who was with admin and us at Lake Powell in May 2012. 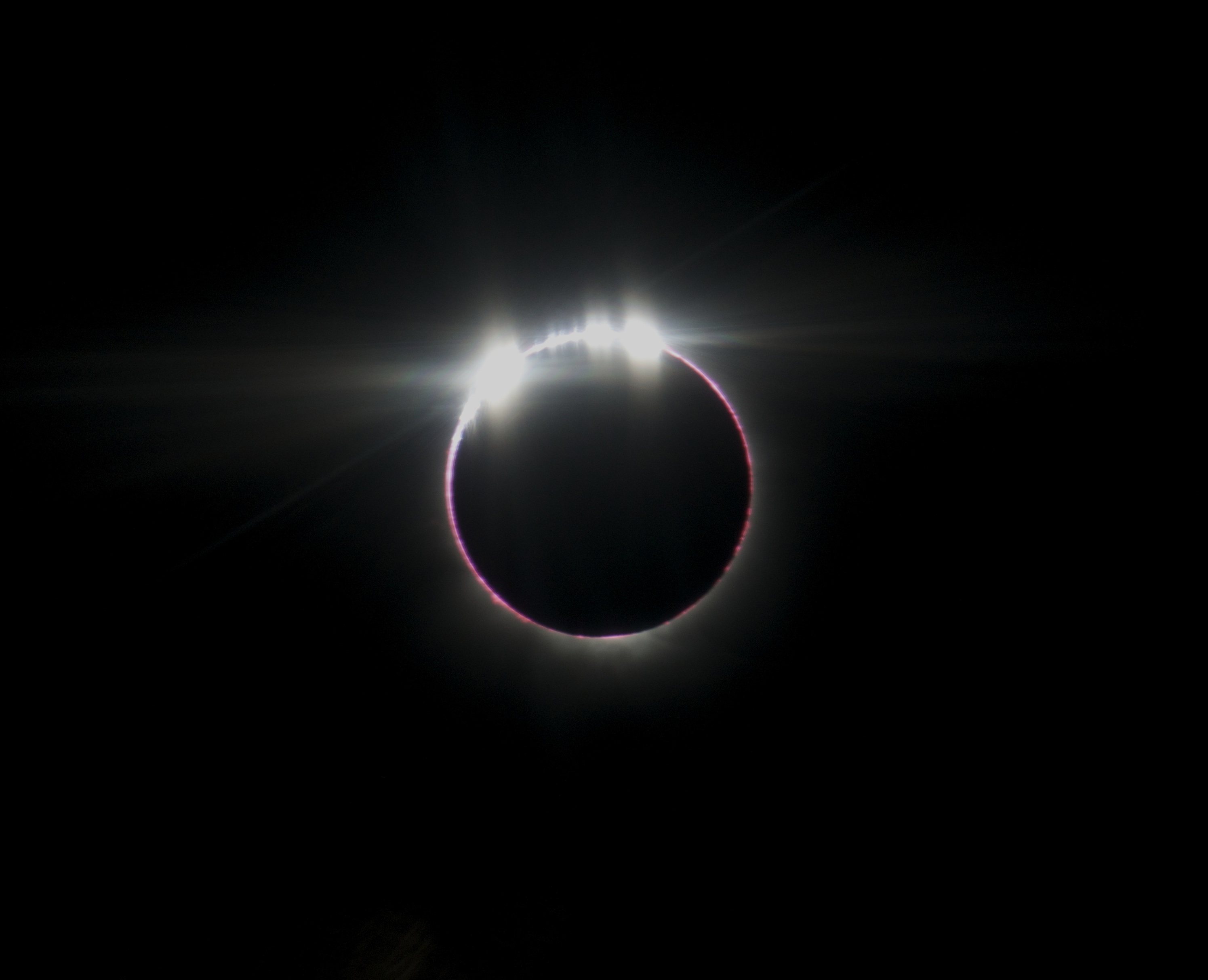 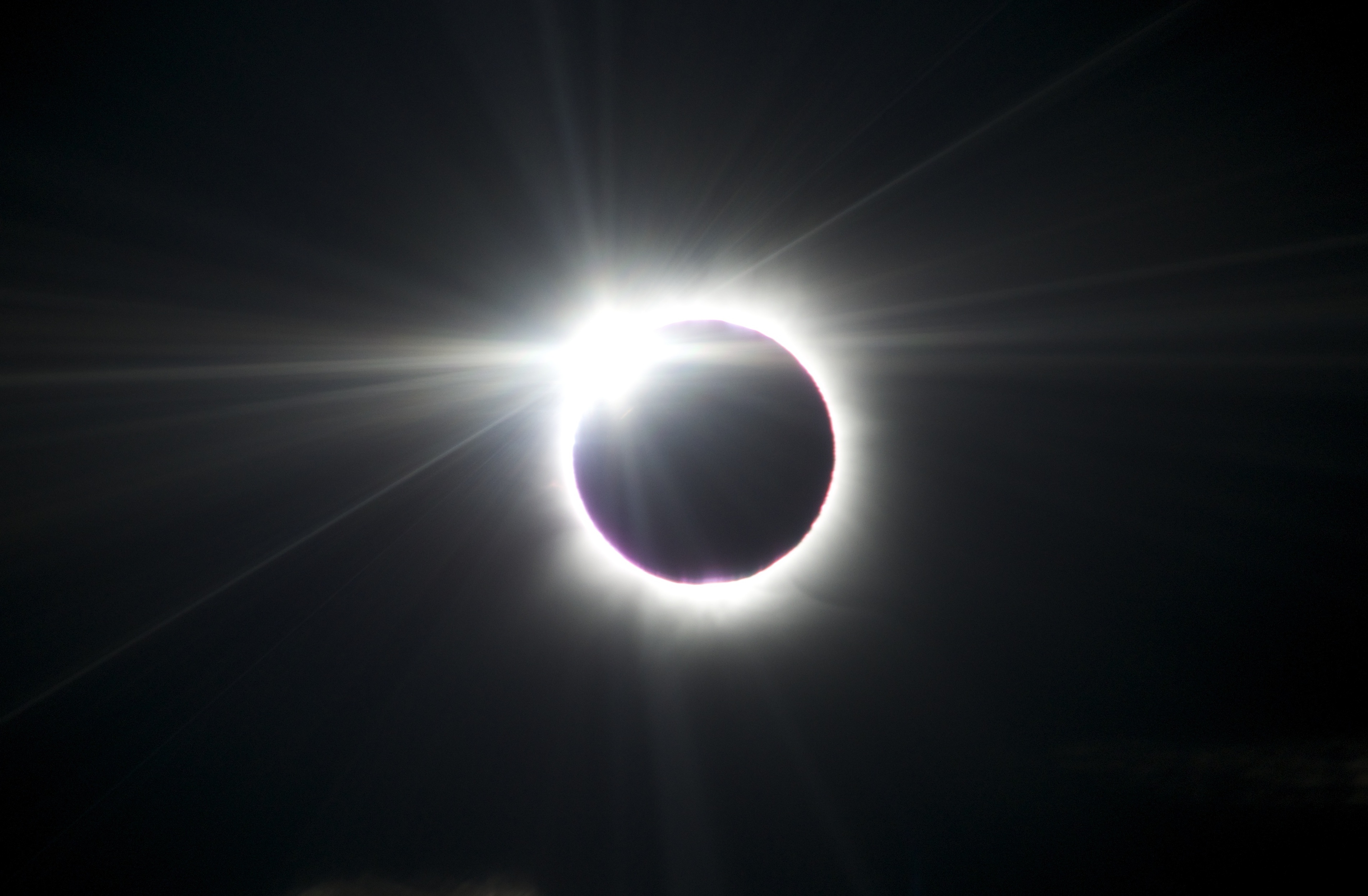 The lower pic is overexposed to show the corona. The naked eye view was always of the red chromosphere ring because the diamond ring at upper left was so bright.

Here's our group after the flight.

Wow, your flight even made it to CNET news...

You have an enviable travel budget Tony.