Staff member
Coronet Peak is easily accessible from Queenstown in 20 minutes by the only paved road to a New Zealand South Island ski area. Coronet averages only 100 inches of natural snow but has a favorable southeast exposure to preserve it. As of 2004 it also has a very comprehensive and sophisticated snowmaking system. With the open terrain the natural and manmade snow seemed to mix into about a 3-foot base over the entire mountain. And it was at least 90% packed powder without the hard subsurface that is often common in snowmaking dependent areas.

Coronet's snowfall is low because of its altitude of only 3,800 - 5,300 feet. But the terrain is not rocky but rolling hills of tussocks, a soft and thick grass that is much friendlier to ski bases (as I observed in 1982 and 1997). While the overall pitch is intermediate the rolling hills and gullies create a natural terrain park effect that can keep most skiers entertained for quite a while. In my 1982 visit (when I skied all day in the rain) one of the locals explained this unique character of Coronet Peak when it's right, and I definitely saw it that way today. Coronet does have a couple of steep chutes off the back of the top lift. You can ski about 700 vertical if you want to traverse back into the area. If you go lower you have to hike out.

The access, terrain and this year's conditions make Coronet quite popular. It has 200,000 of New Zealand's 1.4 million annual skier visits. Fortunately there are 2 high speed lifts to keep people moving, so I skied 18,300 by 2:30PM, when we left to do the Shotover Jet Boat. The Shotover Jet can go 40MPH in 4 inches of water and do tight 360's as it navigates 2 narrow gorges of the Shotover River. I've done this on all 3 trips here.

Staff member
I forgot to mention before that on the next day Ted Ligety won a FIS slalom at Coronet Peak. One of the NASJA pro photographers came up and shot the race.

Here are the pics from our day: 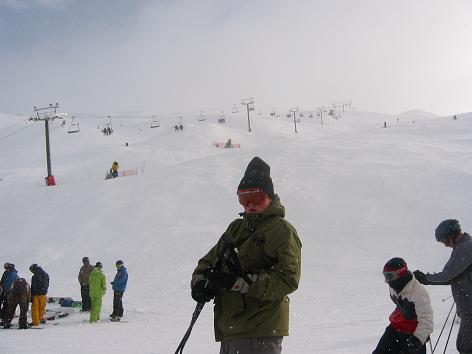 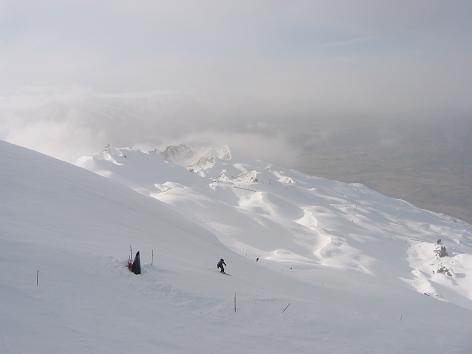 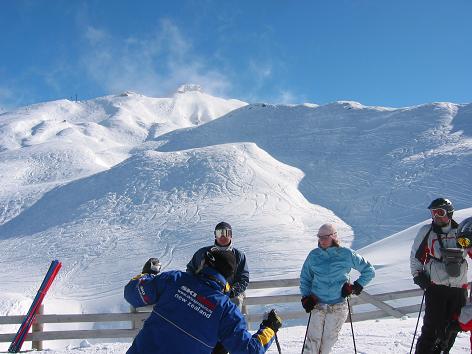 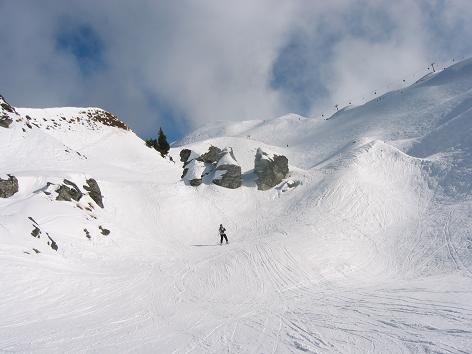 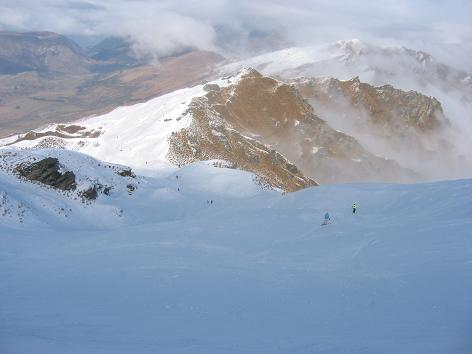 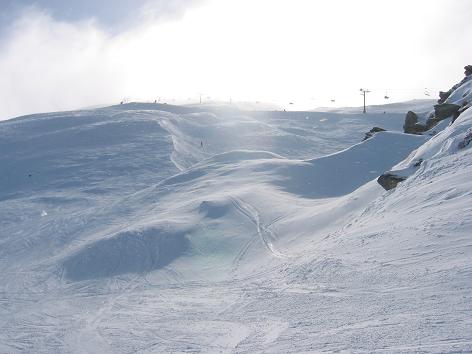 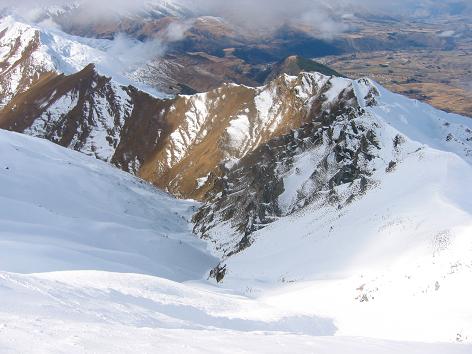 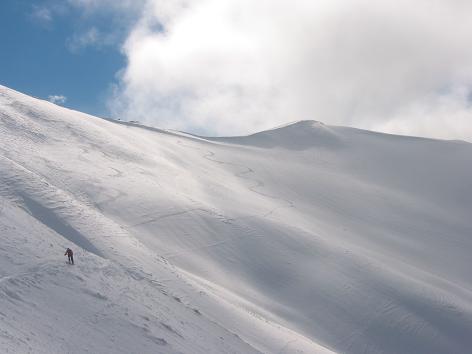