Here's Something for Lizardqueen: Komodo Dragons 8/30/2012

Staff member
One of the attractions of the Mermaid liveaboard trip is the visit to Komodo National Park. The Komodo dragons are the world's largest lizard, about the size of alligators. About 1200 of them live on each of Komodo and Rinca Islands and a few on the larger more inhabited Flores Island to the east. After breakfast on August 31 we went ashore at Loh Liang on Komodo Island for a guided tour. 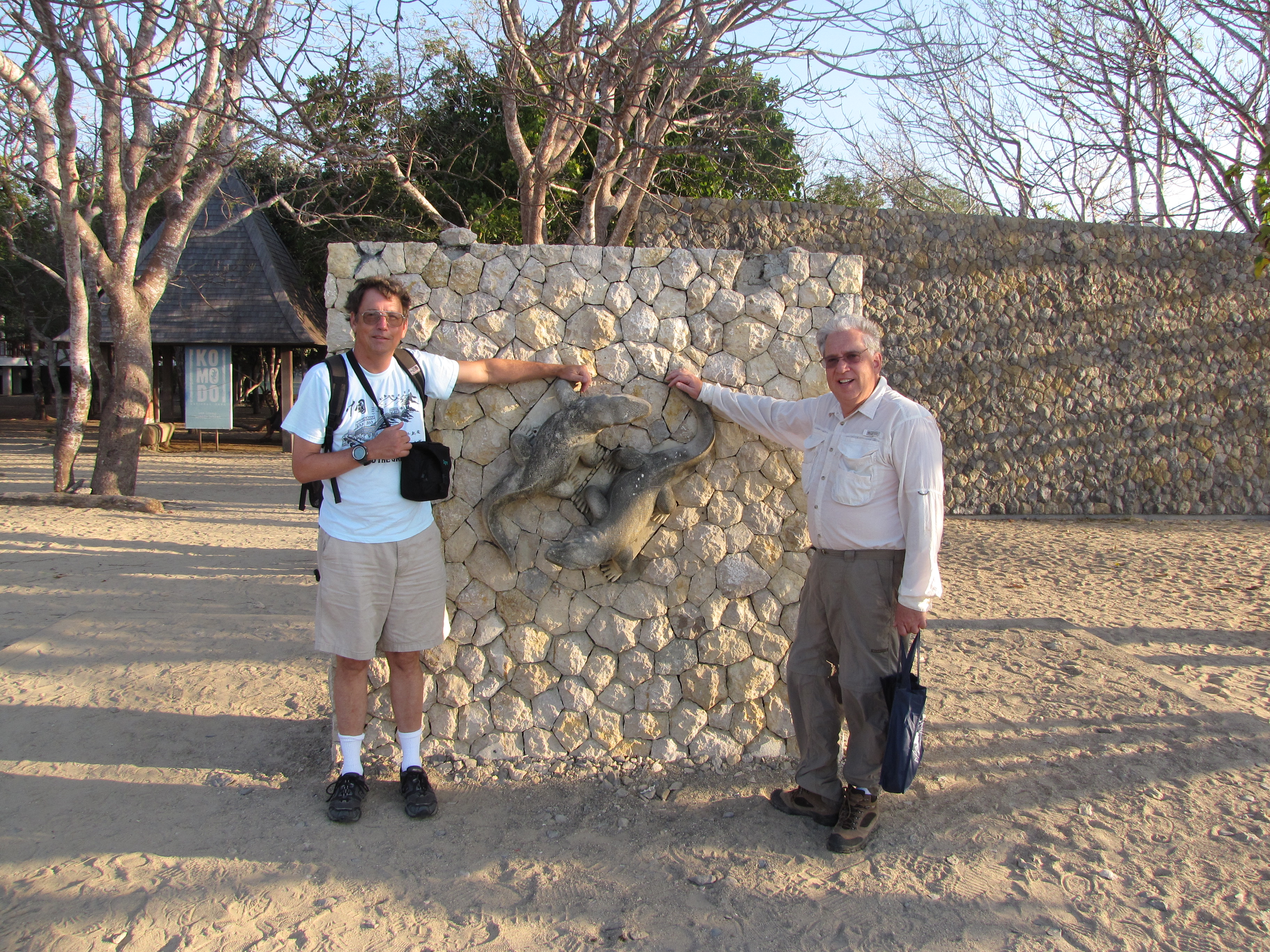 Sometimes the dragons are deep in the bush but we were lucky this day. Baby dragons live up to 5 years in trees, as they may be eaten by adults if they are on the ground. 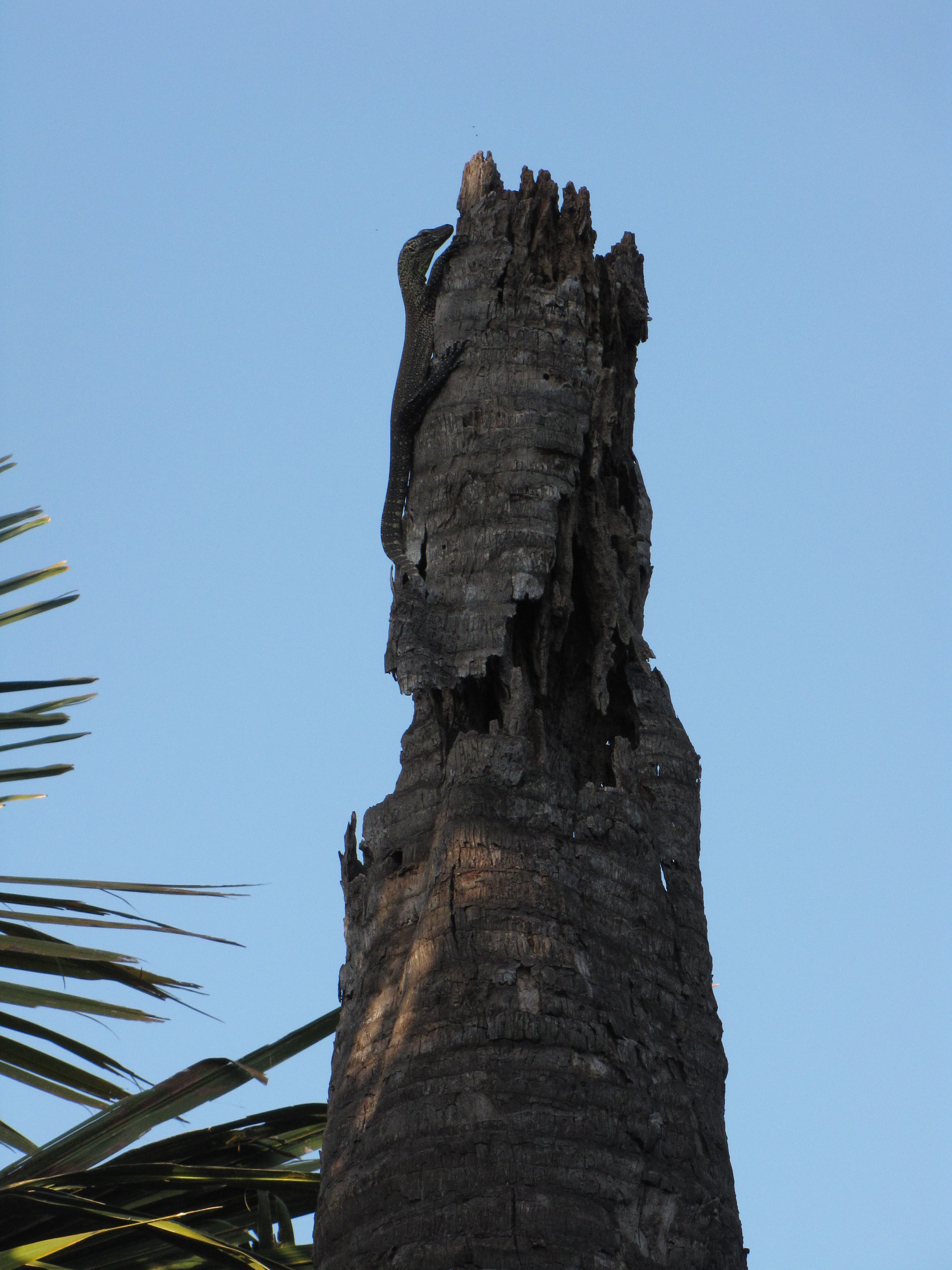 Adults are too heavy to climb trees anymore.

We found our first adult dragon in the trees near a water hole. 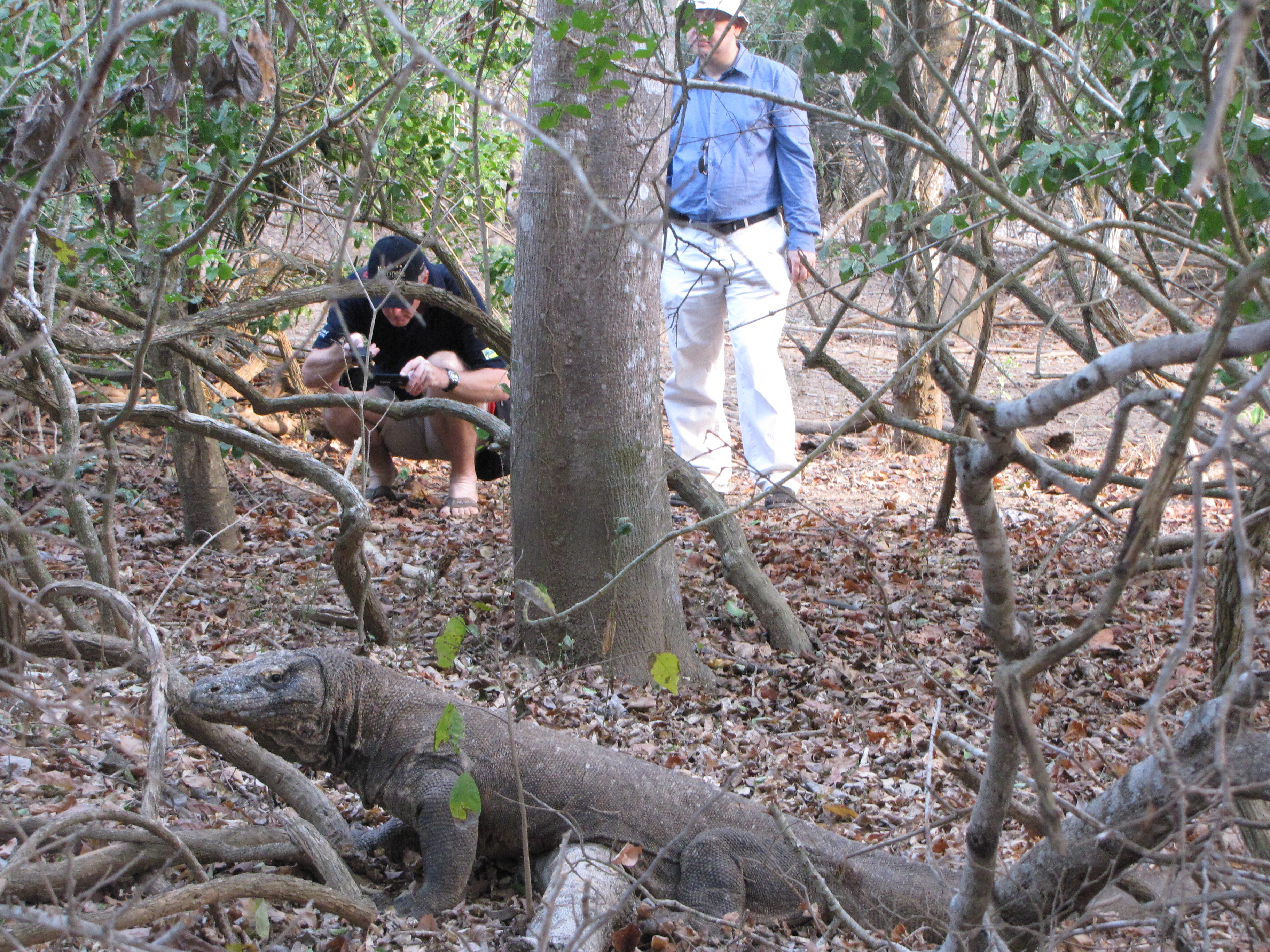 PJ is filming on the other side.

We climbed up to a viewpoint and found another resting near the top. 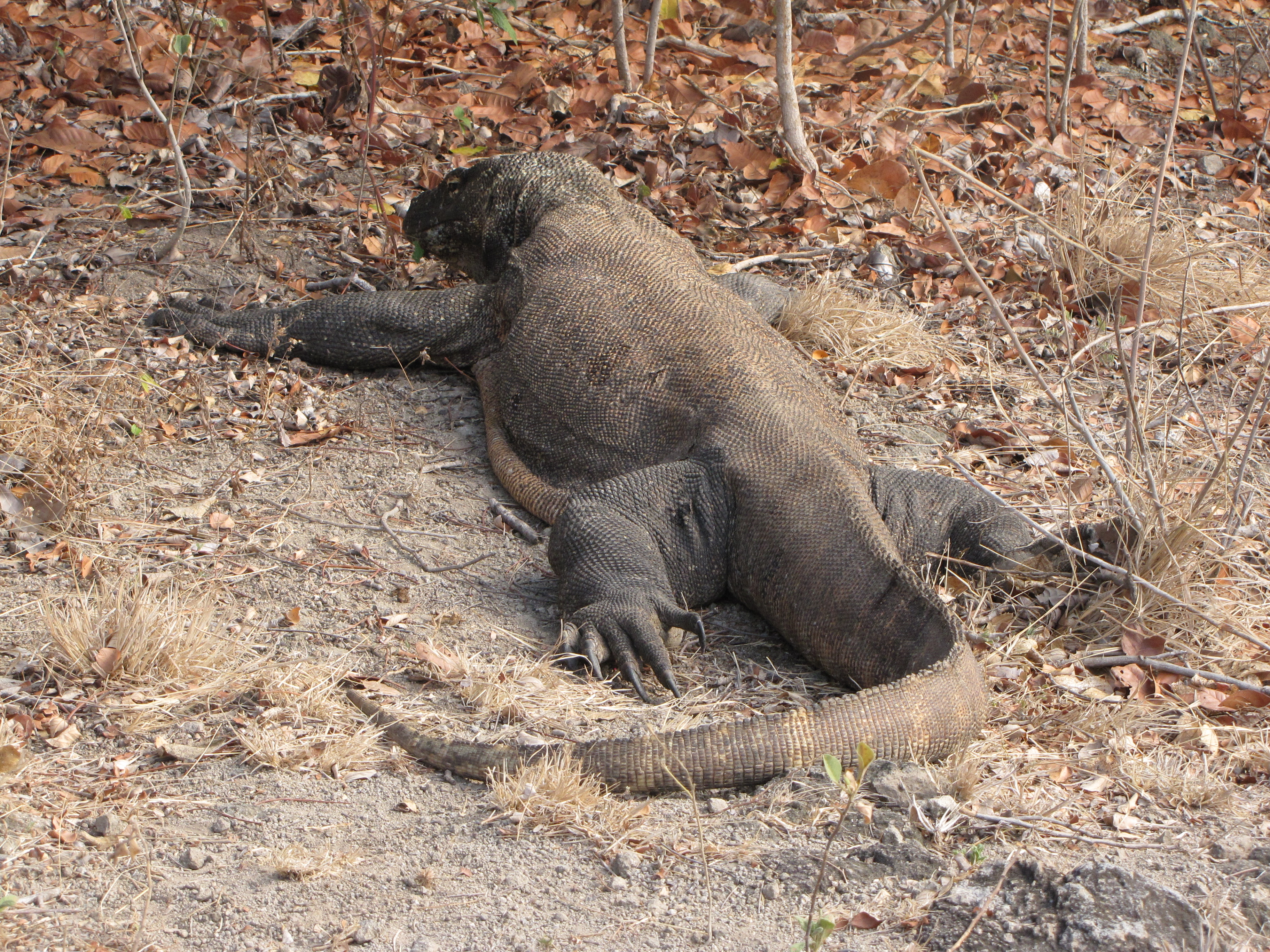 Check out those back claws.

From the viewpoint another one was nearby with Mermaid I in the bay below. 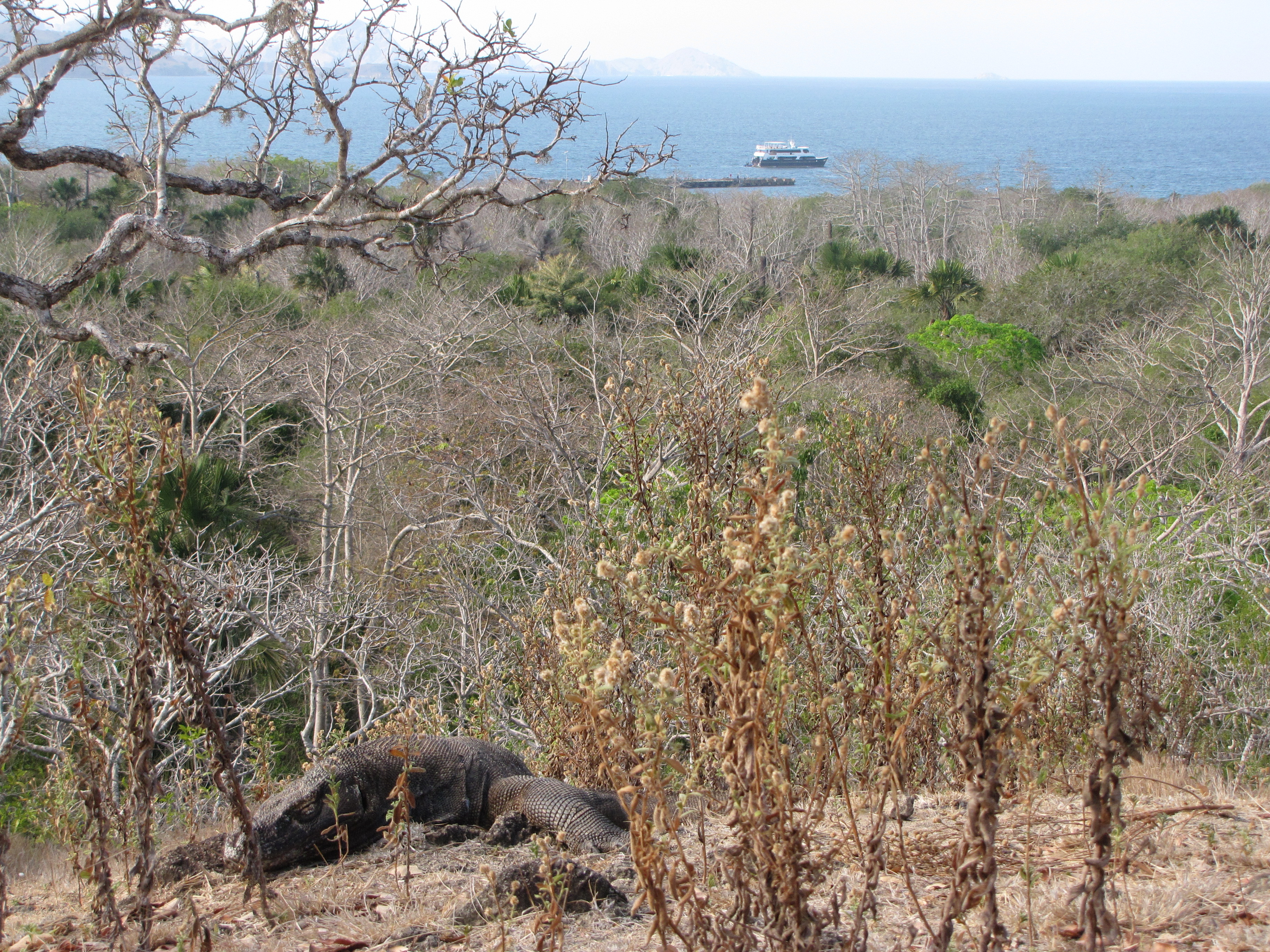 Timor deer are the main part of the dragon's diet. 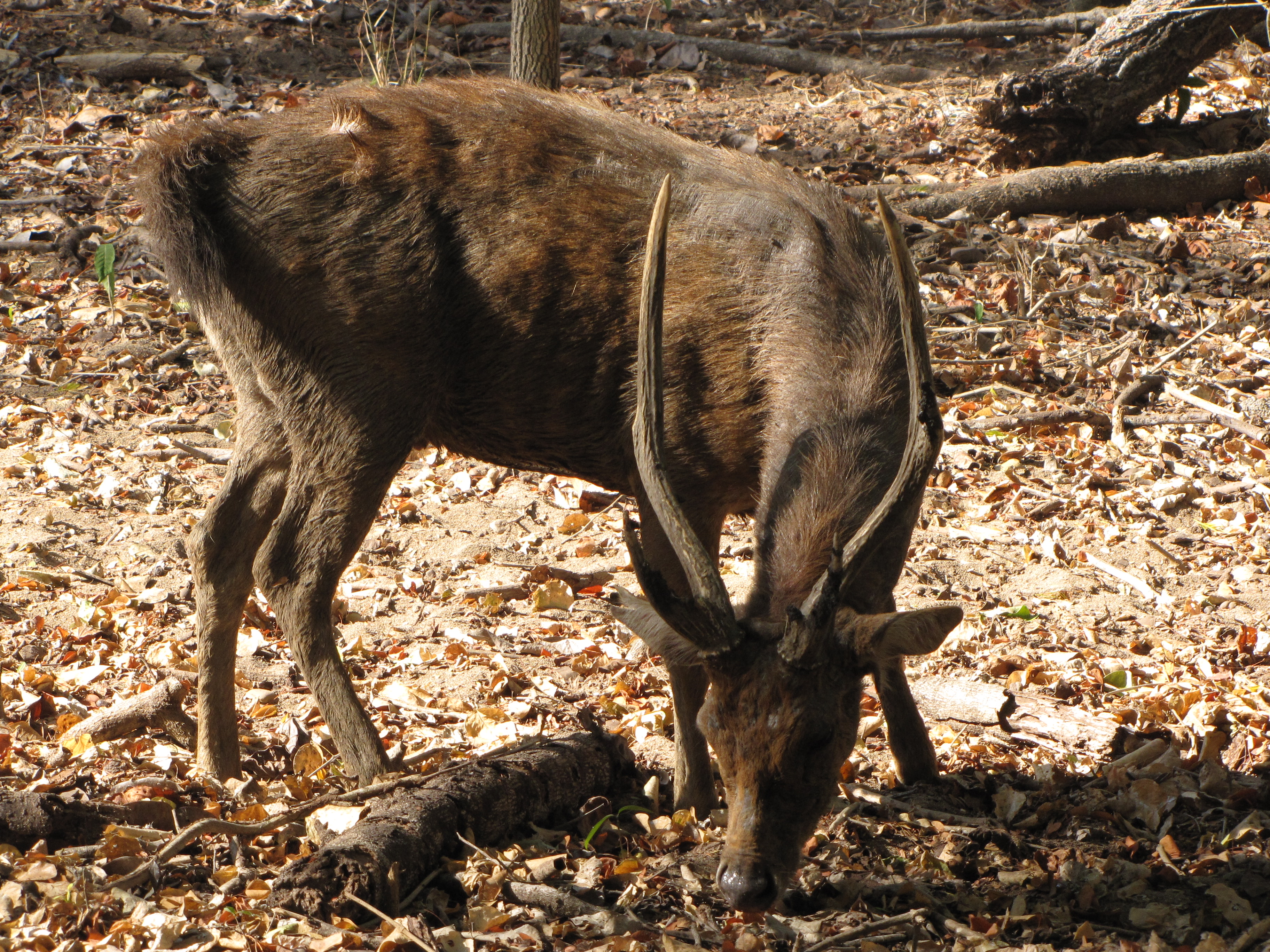 There are also some wild pigs on the islands. The dragon's bite does not usually kill, but it is now believed dragons have anticoagulant venom so the victim will bleed out in within a few hours.

Back where the park rangers live there were 4 dragons hanging out near the kitchen. Richard with one here. 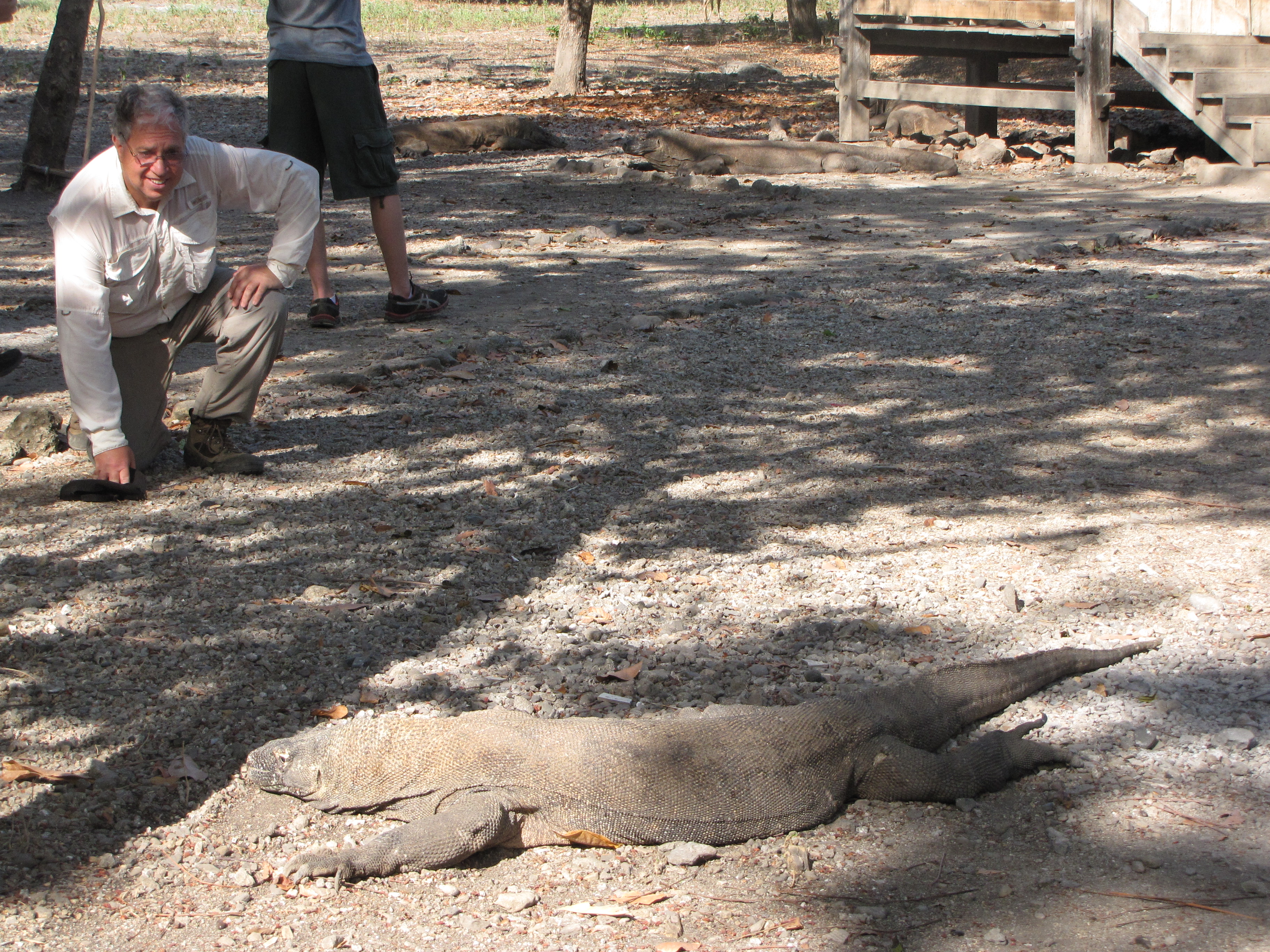 These were more active. 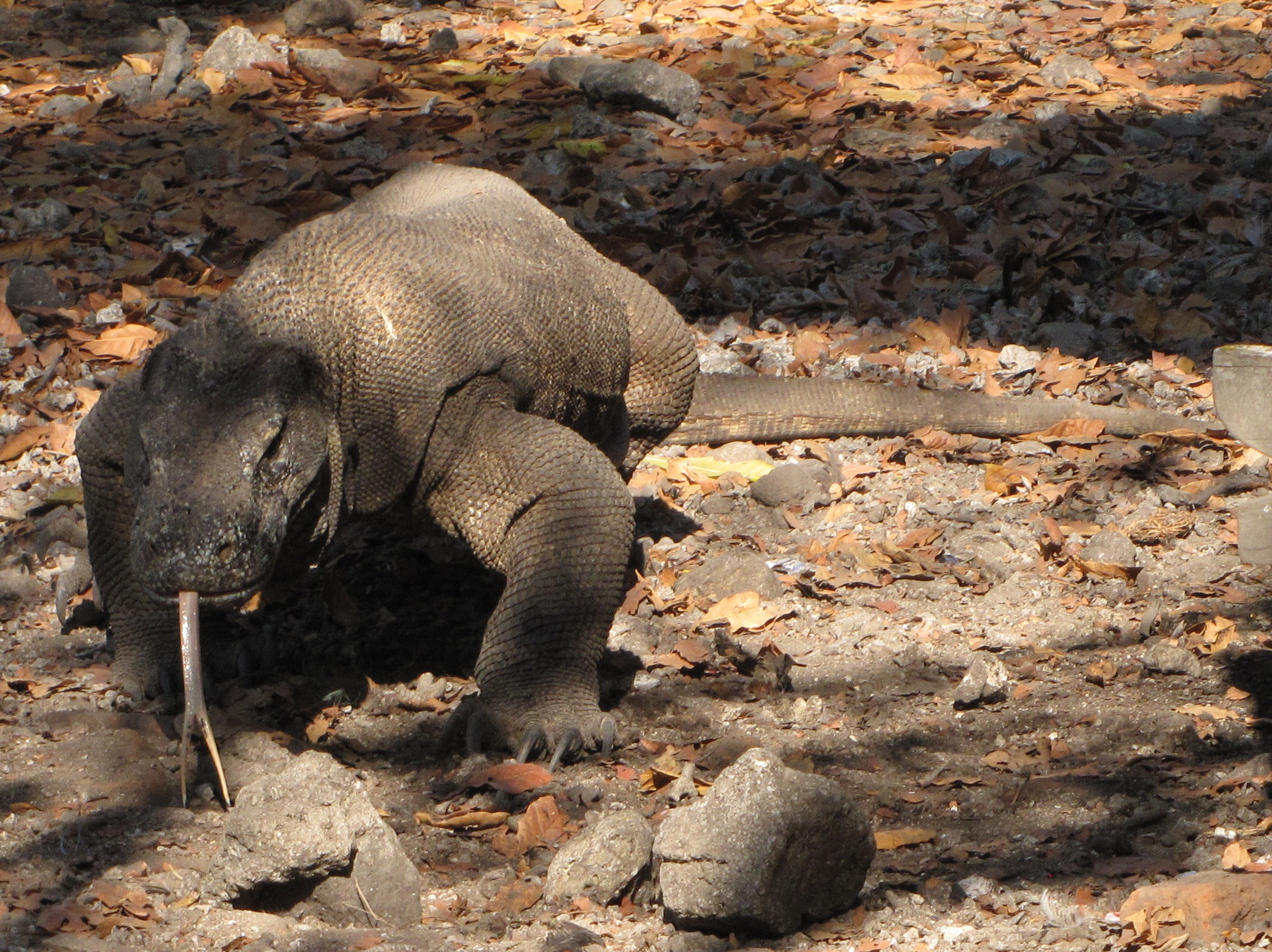 The dragons stick their tongues out when walking. Supposedly they can smell up to 5 kilometers. Close ups of the head of another active dragon 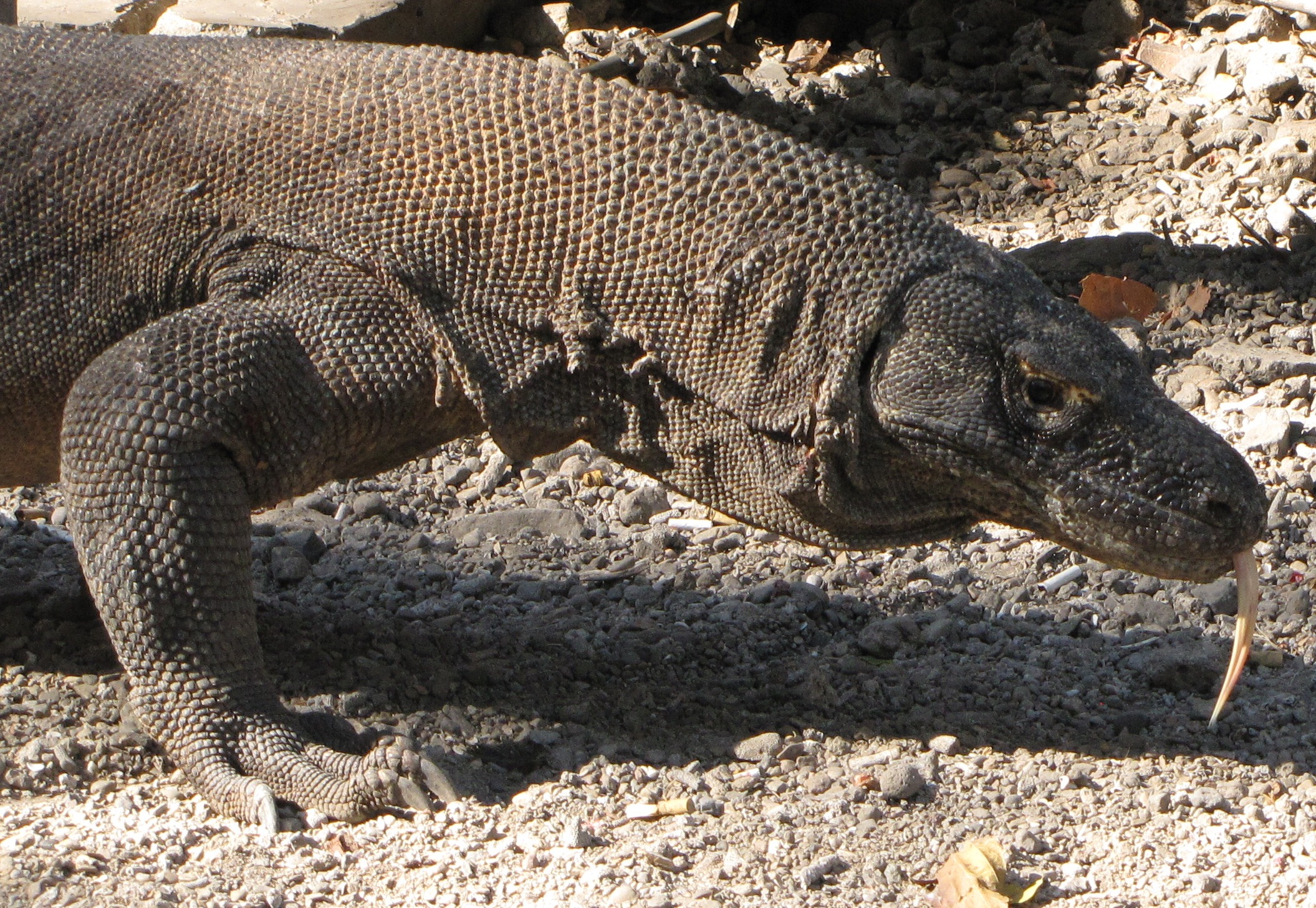 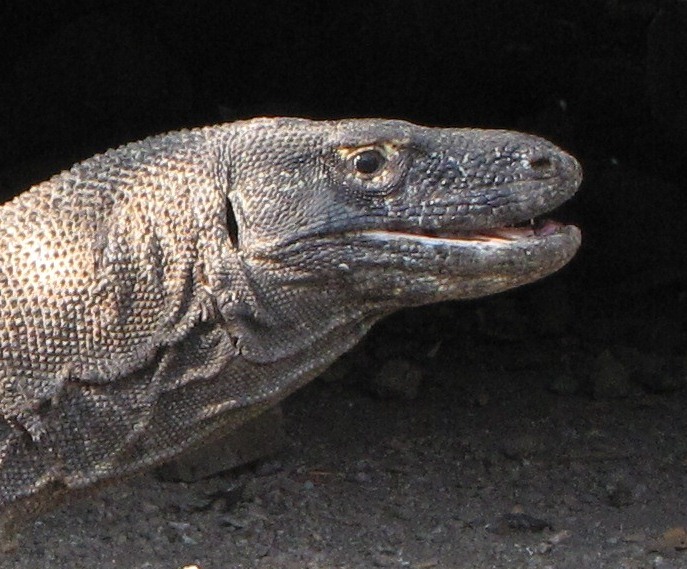 The guides are nearby with sticks to fend off dragons if necessary. But the dragons at Loh Liang are used to having people around and tend to ignore them.

Not so on Rinca Island, where people are not supposed to land at all. PJ says the dragons always come out on the beach to see what's happening when we come in there after lunch. During lunch I scanned a mile of Rinca beach with image stabilizer binoculars and saw no dragons, but 3 monkeys and 2 wild pigs.

But when we approached in the zodiacs the dragons came out as PJ said. 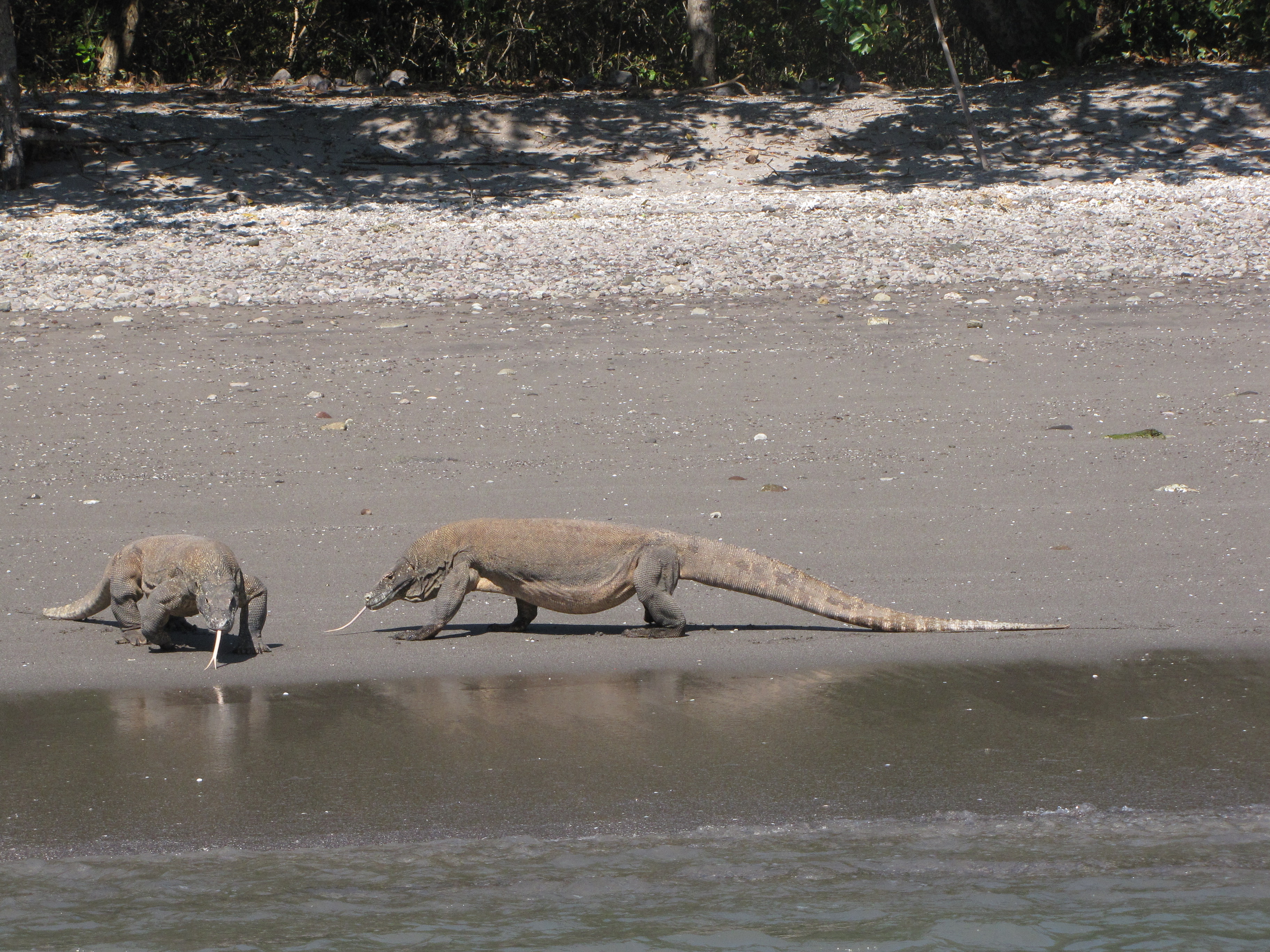 PJ brings a pole with GoPro for a closer look. 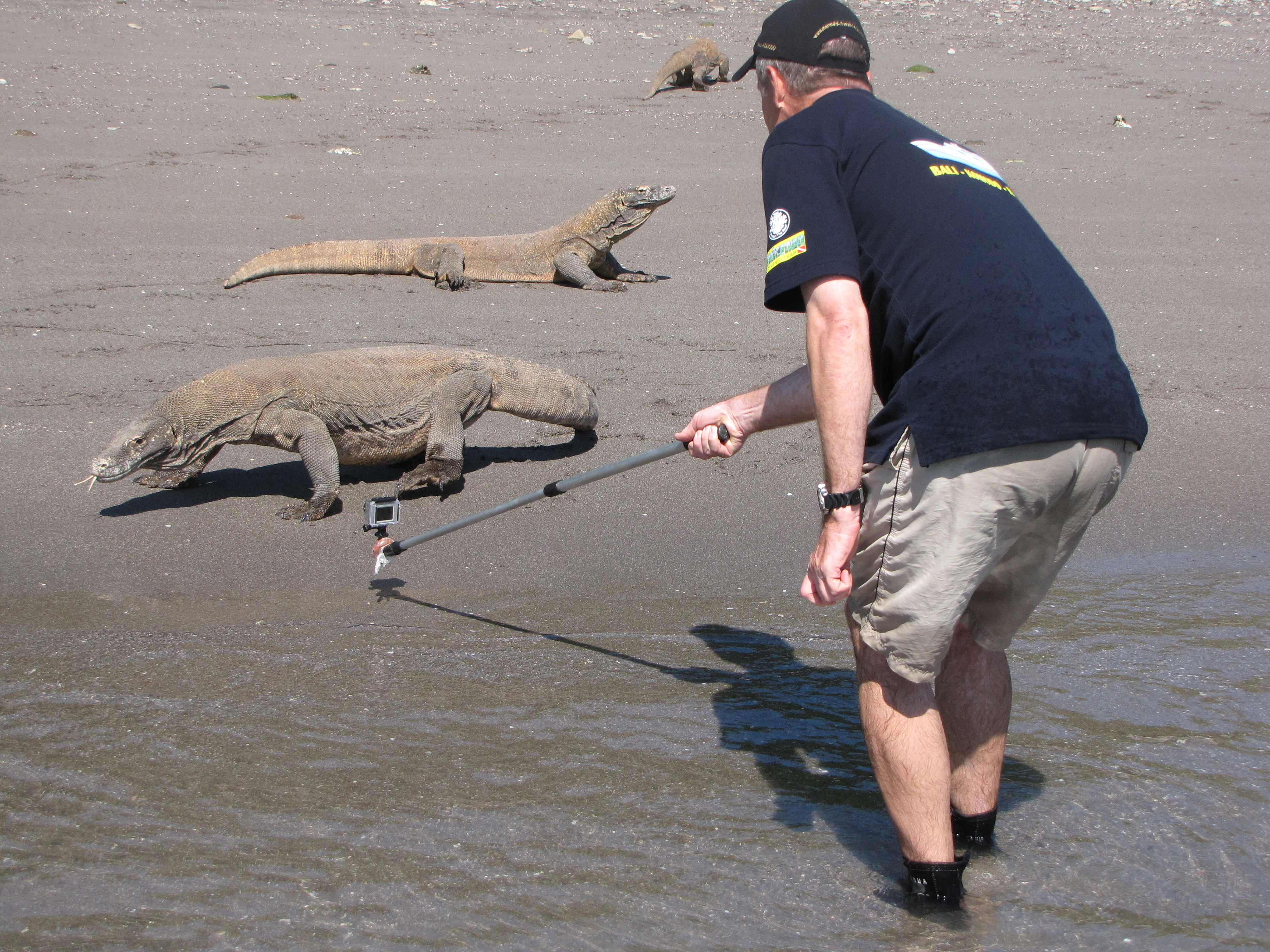 One of his pics. 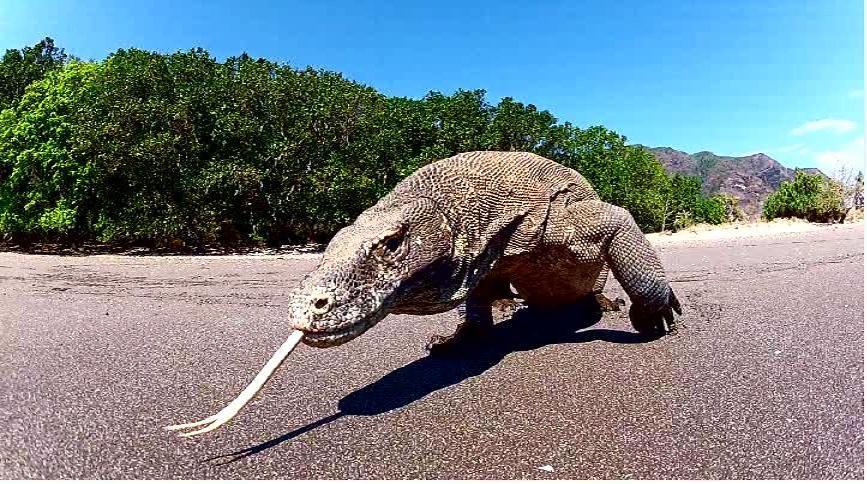 Some of us posed at water's edge. 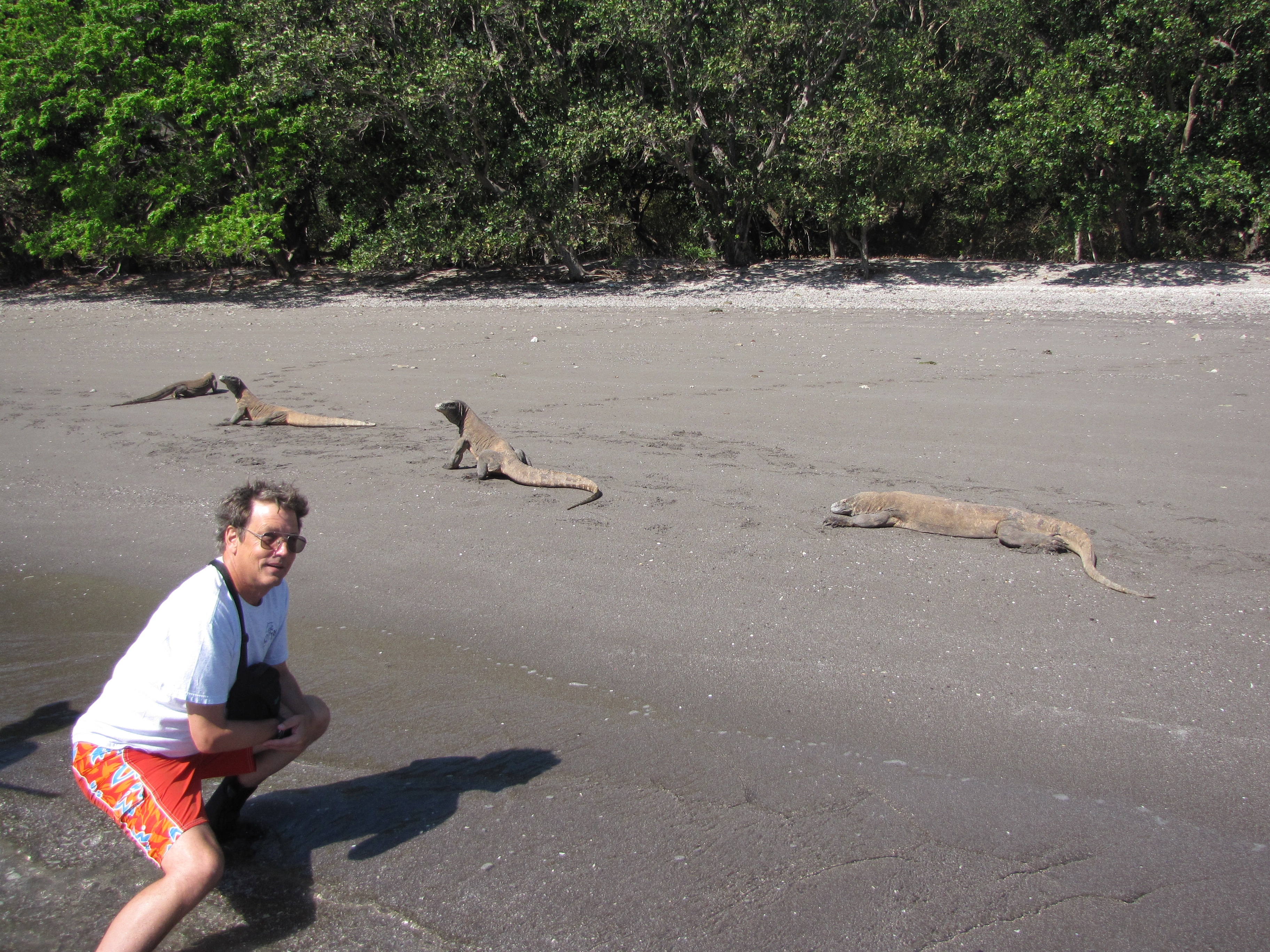 View of Richard, the dragons and zodiacs 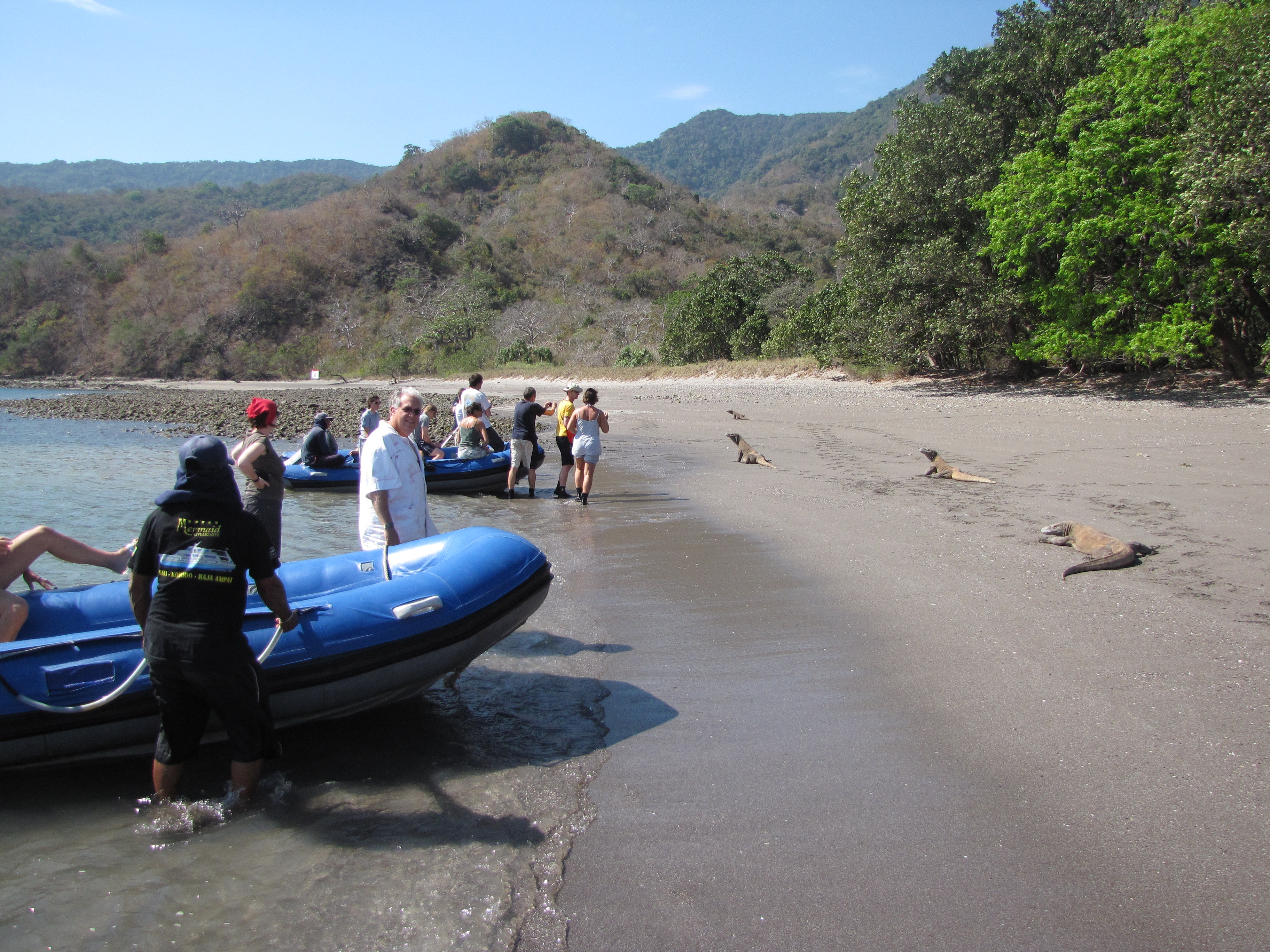 Zoom of the 4 dragons on the beach. 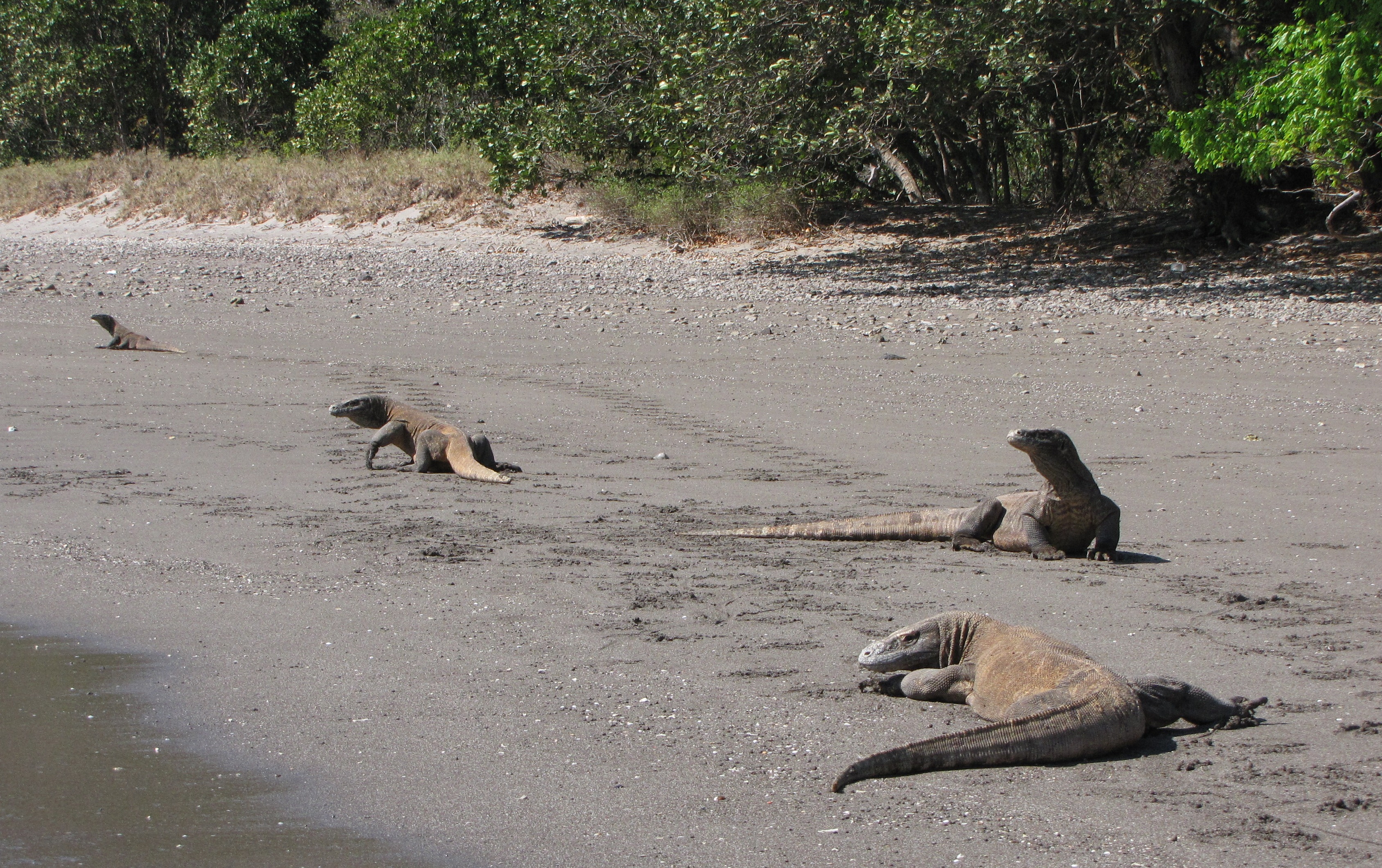 The dragons can swim. PJ sometimes said sometimes one will approach the water and the group has to scramble into the zodiacs and beat a hasty retreat. One of the smaller liveaboards anchors closer to that beach and once a dragon swam out and climbed onto its dive platform!
L

So how big does a lizard need to be to count as a dragon? These definitely make the cut, great pictures!

Staff member
There are 3 other species of monitor lizards in SE Asia, Australia and New Guinea that approach the Komodo Dragons in length, but Komodo Dragons are considerably heavier (150lbs. vs. <100 lbs.).