After stopping by Heavenly to see if niece’s boyfriend’s keys lost the previous weekend had turned up, I had 40 minute drive to Kirkwood where I loaded Timber Creek at 9:30. I skied it once, then Cornice three times before taking Reut and Caples Crest to get to Backside which I rode four times.

After Tuesday at Kirkwood where it started out sunny, but clouds and wind moved in and prevented a lot of softening and overcast Wednesday at Heavenly, it was so beautiful at Kirkwood on Thursday that it almost hurt to look. Elevator Shaft and Hully Gully were both excellent, but long slow chair stopped a couple of times on my second and third rides. At the top I carried as much speed as possible towards Covered Wagon, but still had about a five minute walk to try the groomer they've put in below the peak.

The sky was so blue it was like you were looking into space (maybe because you are, but it does not look like that at home). 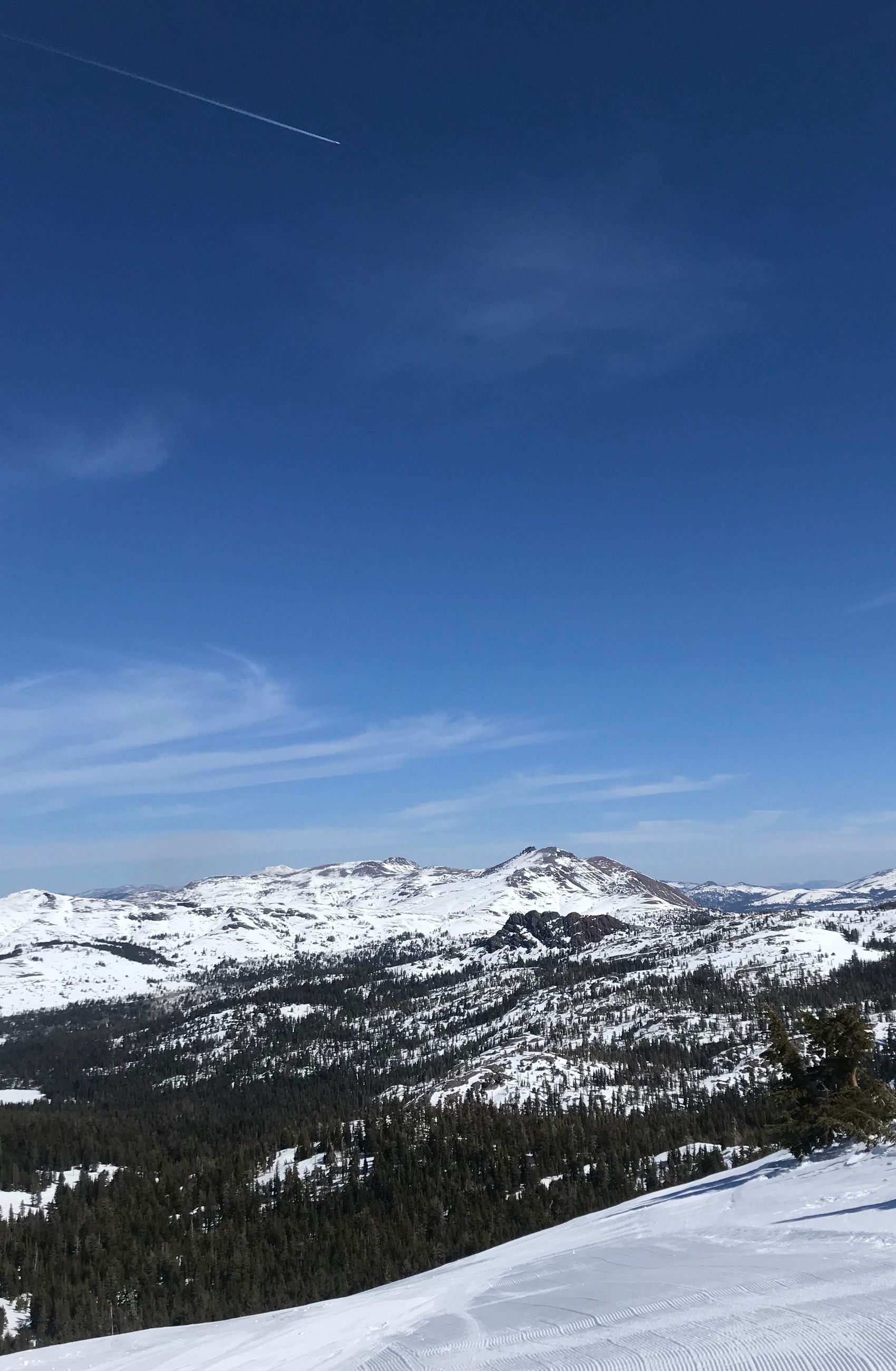 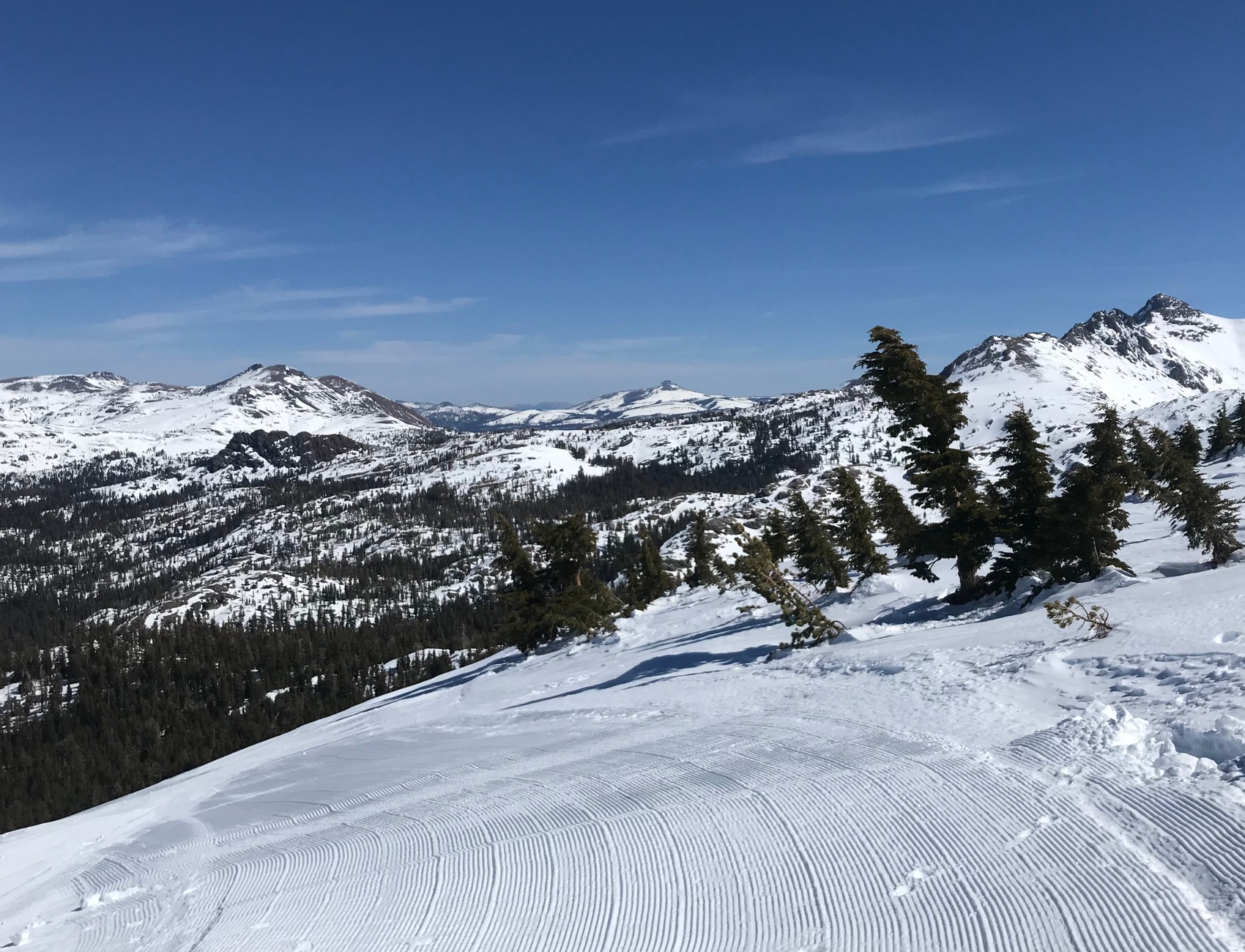 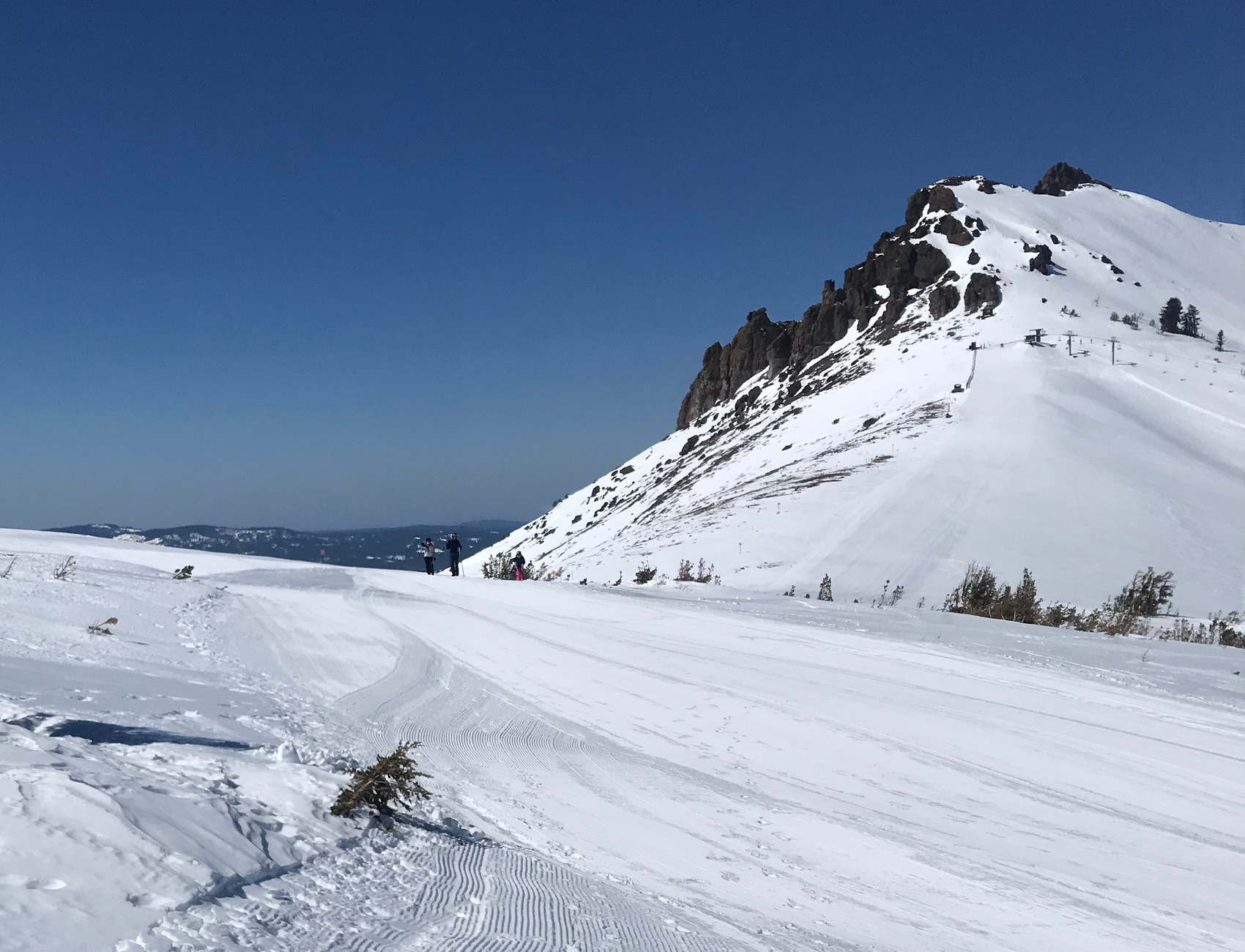 I took Thunder Saddle to return to frontside. I didn’t like how bumped and firm main entrance looked so I skied off cornice above One Man Chute where snow was smoother, but so firm I barely held an edge. Two Man Chute was mostly good winter snow. I took a lap on W-facing Caples Crest run then after riding riding lift again and skiing Whiskey, I carried enough speed at bottom to almost make it to the Wall a little after noon. Most of the Wall was still shiny, but bumps at top had good snow and middle had enough challenge to make it feel like an accomplishment to get to groomed.View attachment 4 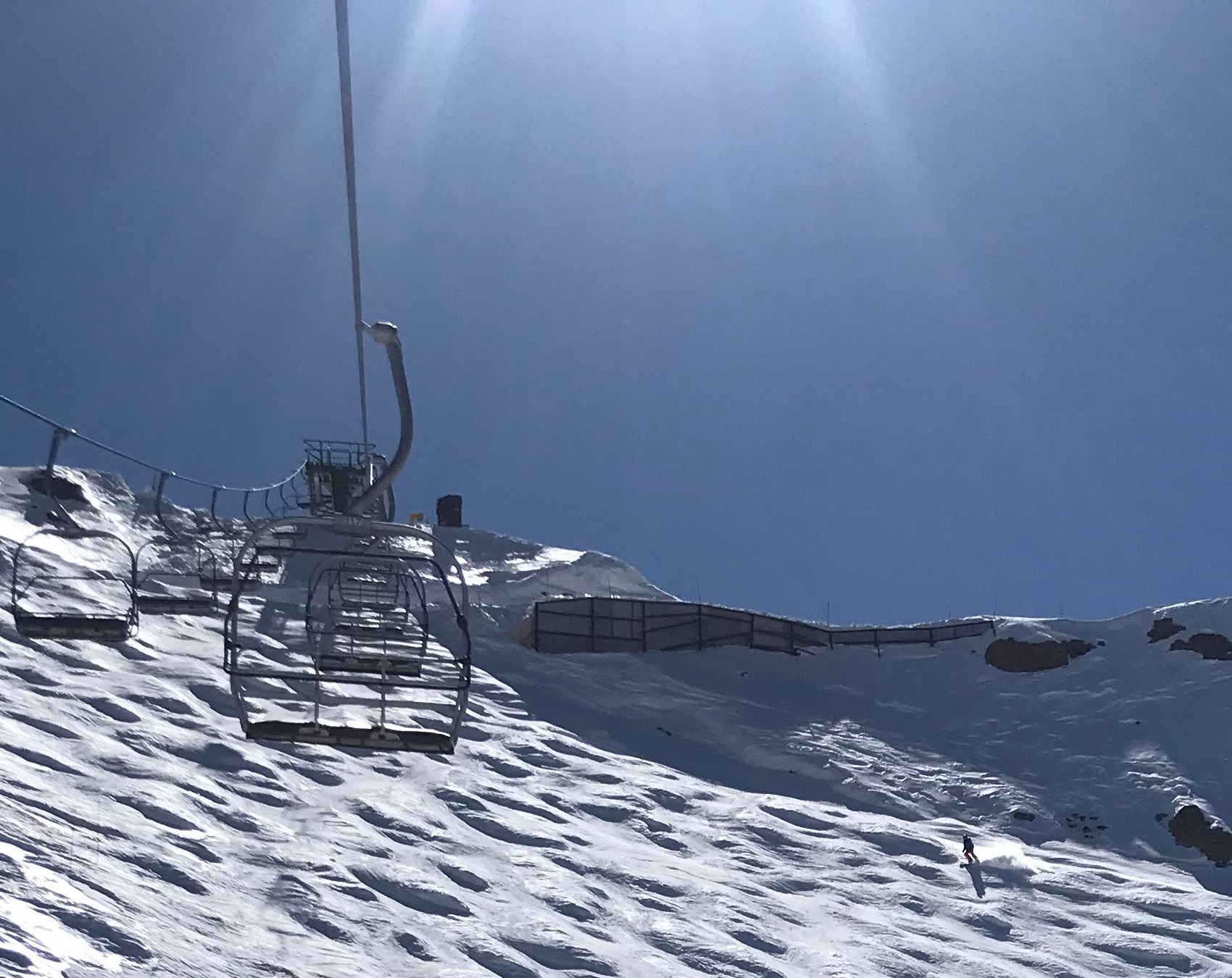 I moved to Cornice which I skied 6 times in an hour. It was a little busier than Tuesday, but no lines even on Backside and Cornice. The groomers Zachary, Sentinel and especially Lookout Janek 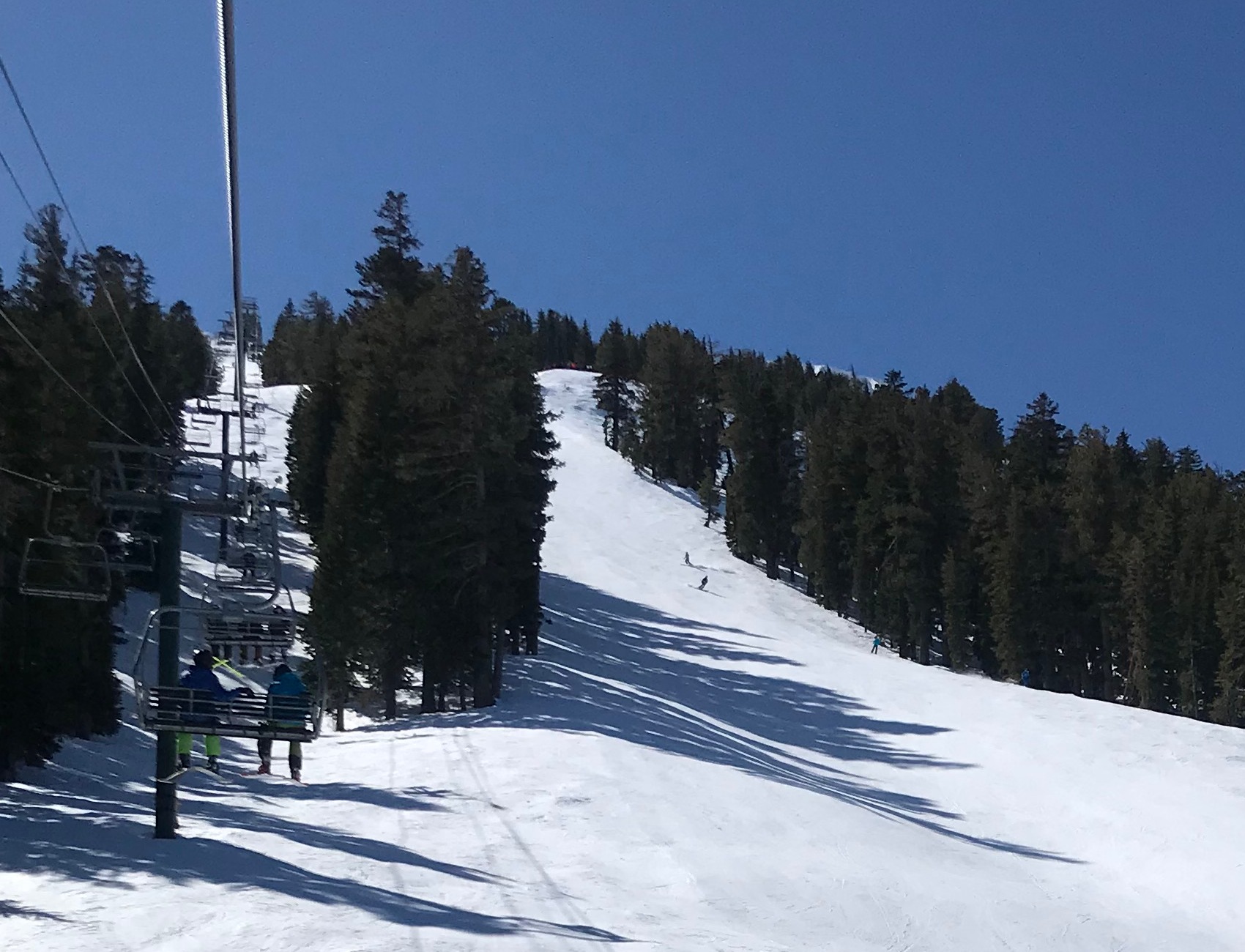 were very good while ungroomed Olympic and not sure when last groomed, E-facing but still firm Monte Wolfe were both more challenging. I moved back to the Wall for another lap at 1:30, picking up beer I’d stashed at base of a tree much earlier and had with sandwich on lift. 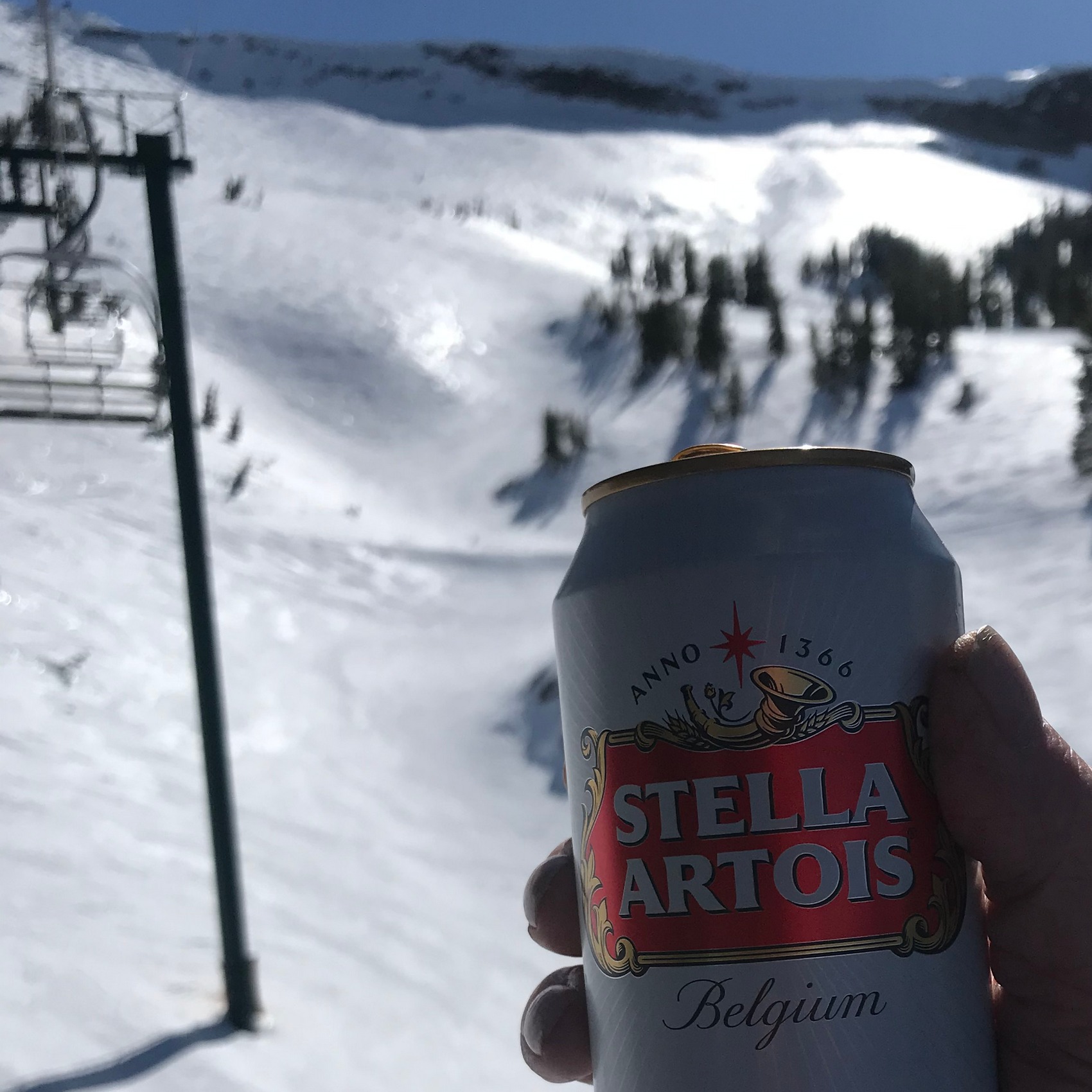 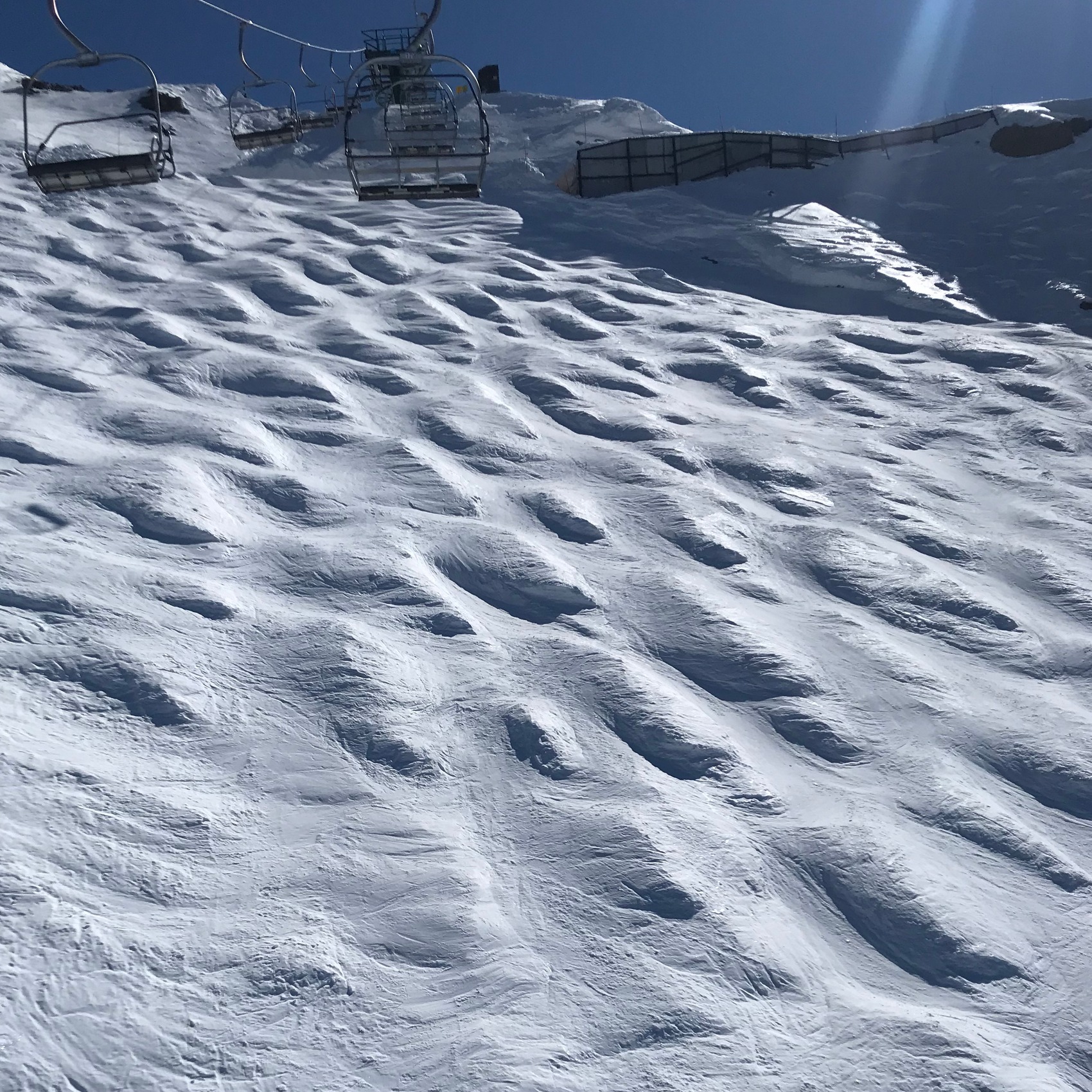 I quit at 2:15 with 24 lifts and 28K and was home before 6. I plan to be back next week with my wife who will be doing her first skiing this season if she doesn't cancel due to predicted small storms.