Pretty similar to my prior report from the 13th. But a bit of snow showers around and it was Demo-days for me while my son trained doing drills and directed free skiing.

Cooler than the prior week, but not cold (couple degrees below freezing). It had been warm several days during the week though so natural snow looked even more compacted on the not-yet-open terrain. No new trails to speak of. Even more crowded though as tons of ski teams from the East, mid-west and even Utah, etc.. were all trying to get turns in. And with the holiday week following they had the time off school to come out to Colo.

I tried out something like a dozen different skis at two runs per each ski. Generally 1/2 run trying to figure out what was under my feet, and 1/2 run of groomer carve attempts. 2nd run using the small amount of moguls on Spillway for 1/4 run, more carves, then playing on the edges of the trail where soft build-up of fluff was. My version of testing in varying types of turn sizes & types of terrain. Best you can do with only 3 or so trails open. 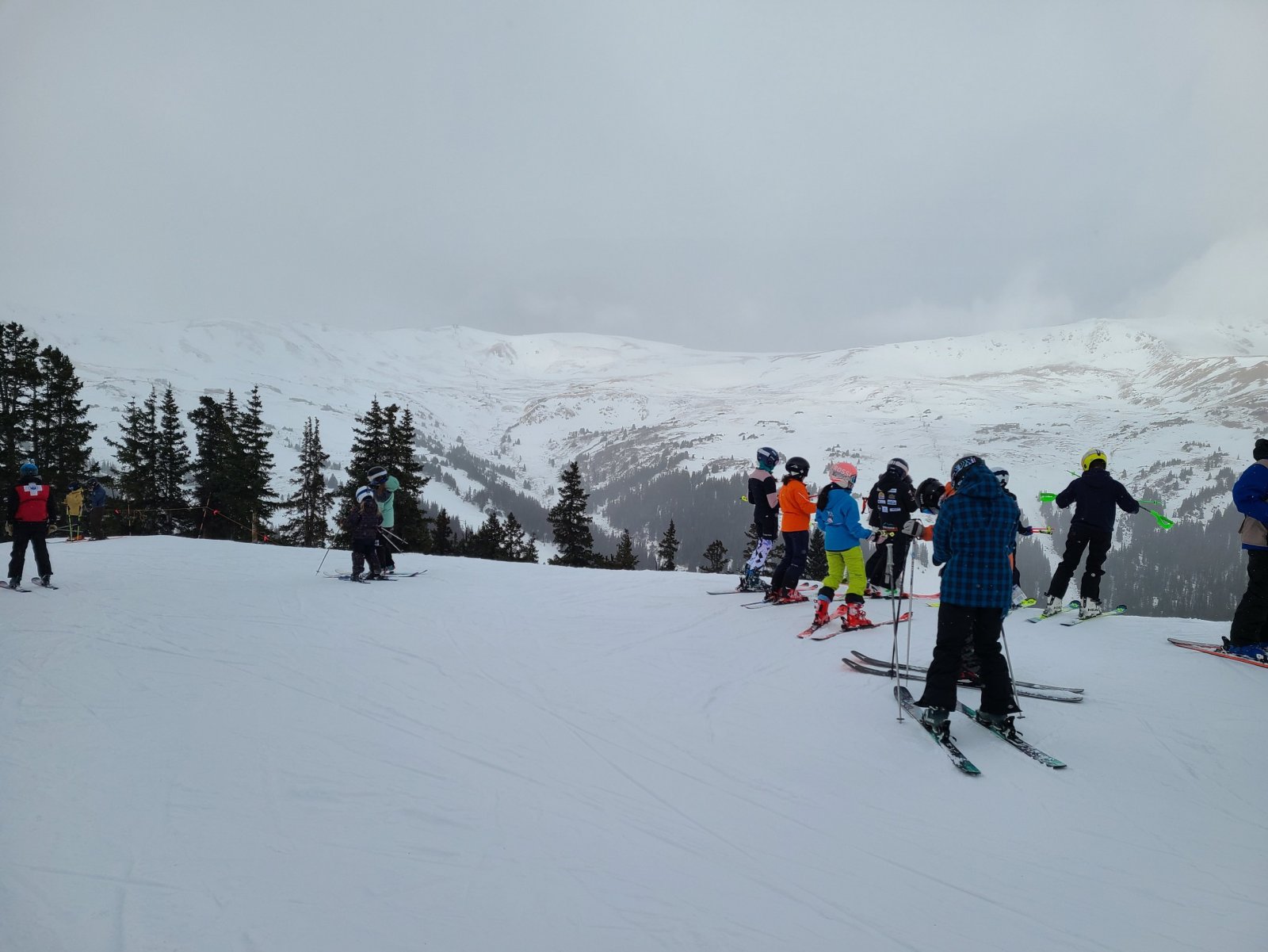 TONS of brands to try. I only hit maybe half of them?? You have to sign up and pay to do it, but it's a great price and includes lift ticket, lunch voucher, beer voucher and a coupon for some off if you actually buy skis through Christy Sports (the event sponsor). 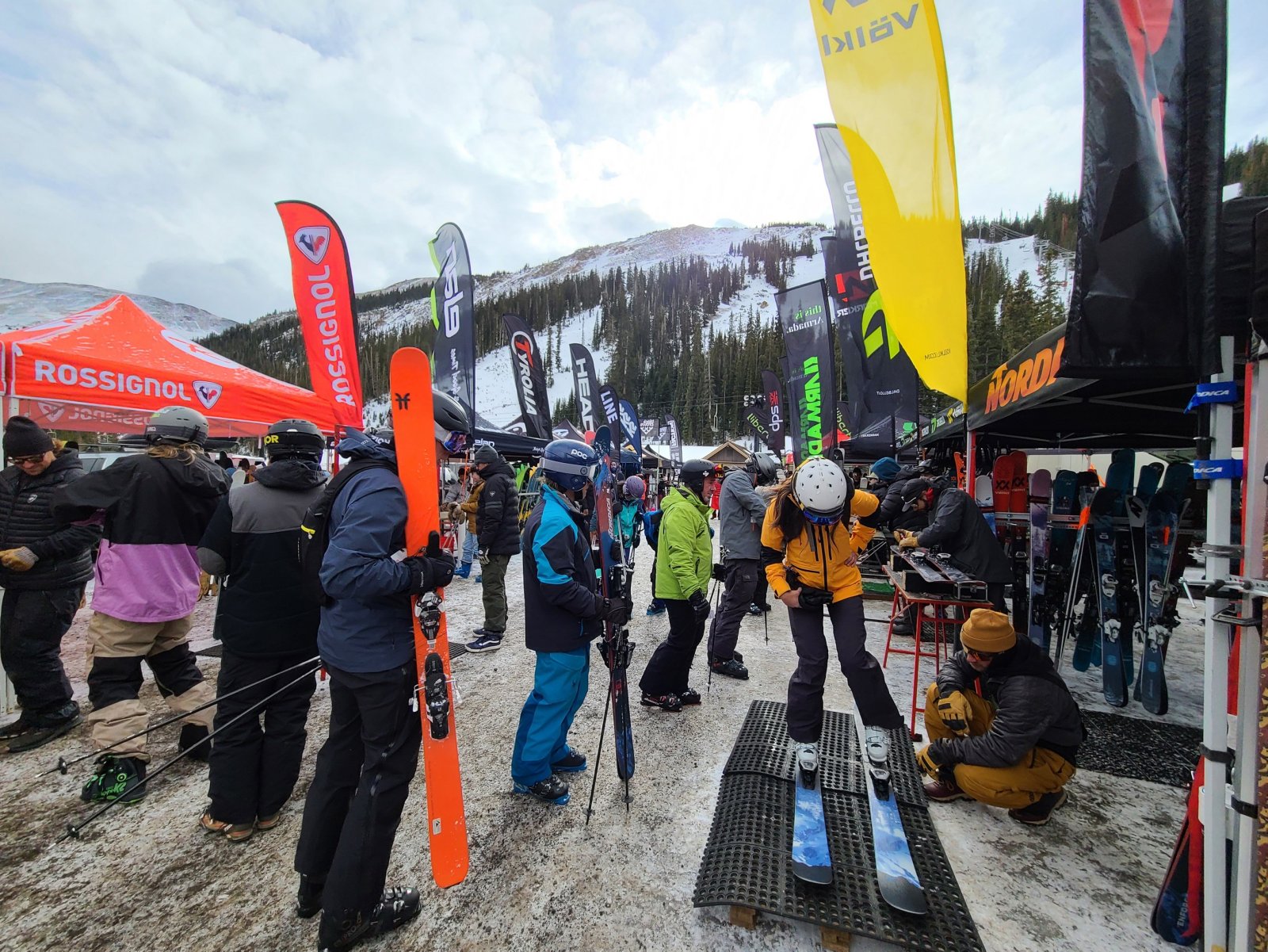 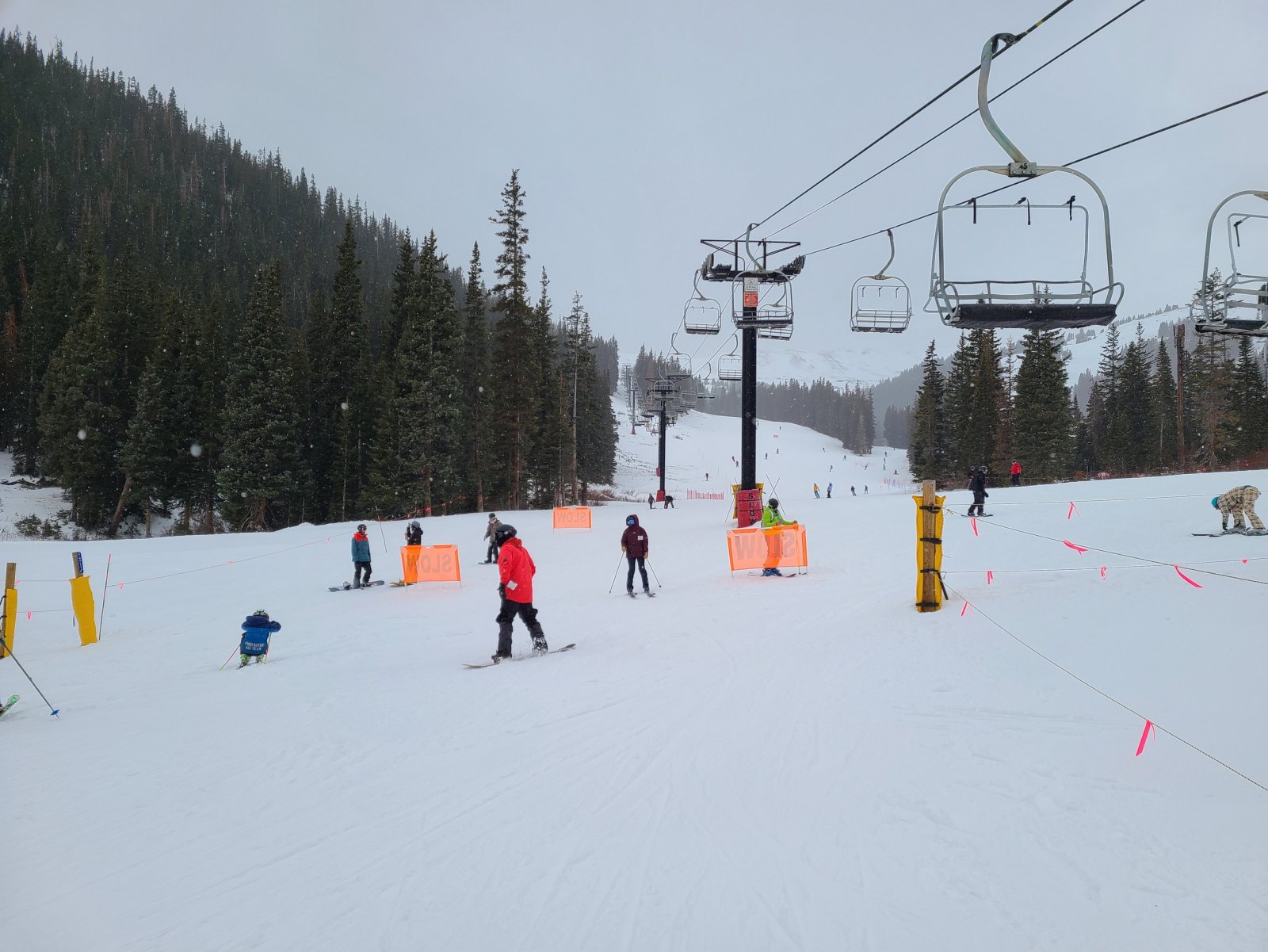 The "winner" for me? I might pick these up as new skis after 8 years on Blizzard Bonafides. Still talking to the ski shop on price and availability of my size (none in the local shop, they have a few on the west slope). 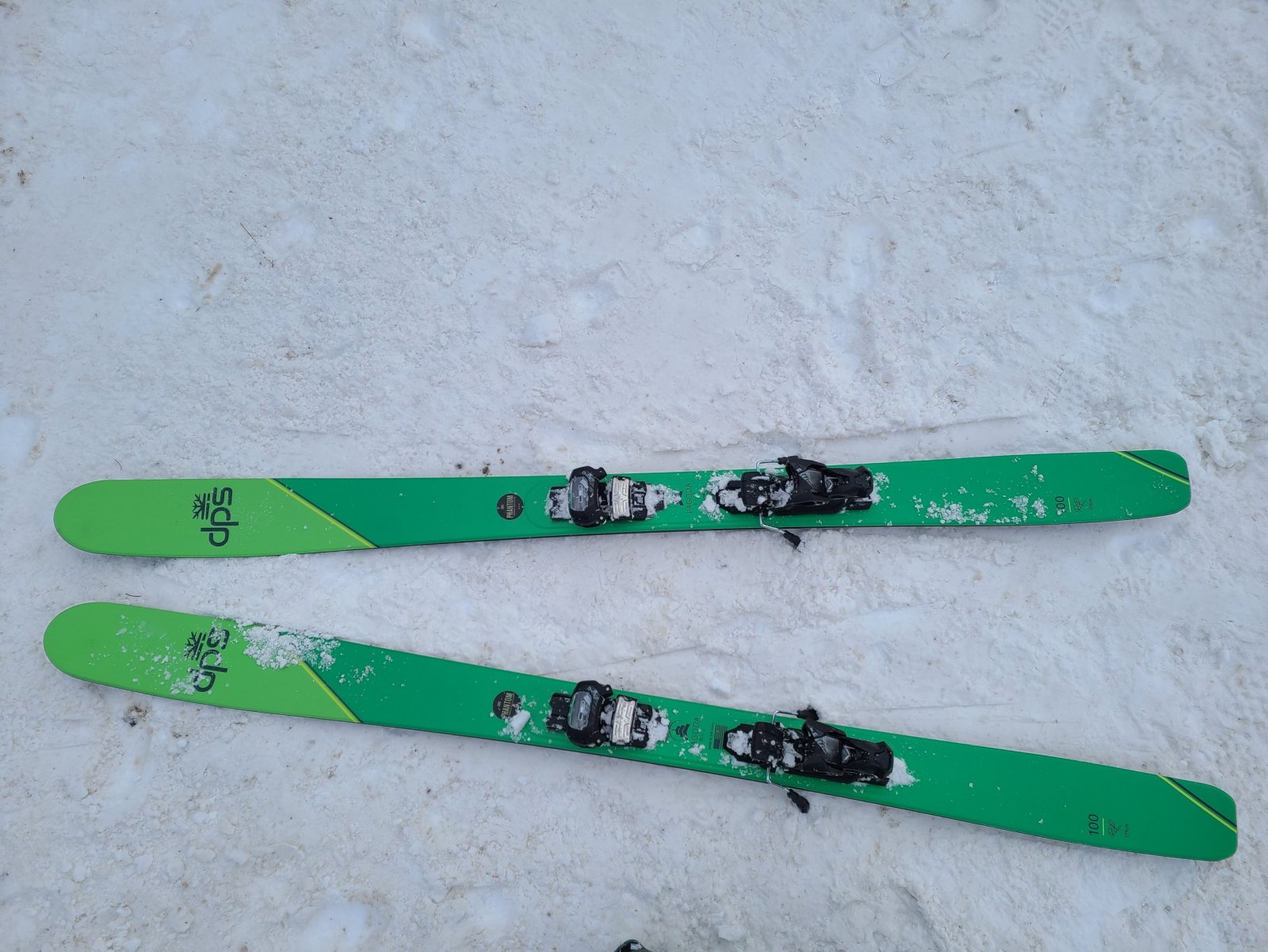 Bored kid waiting for dad to finish his brew... 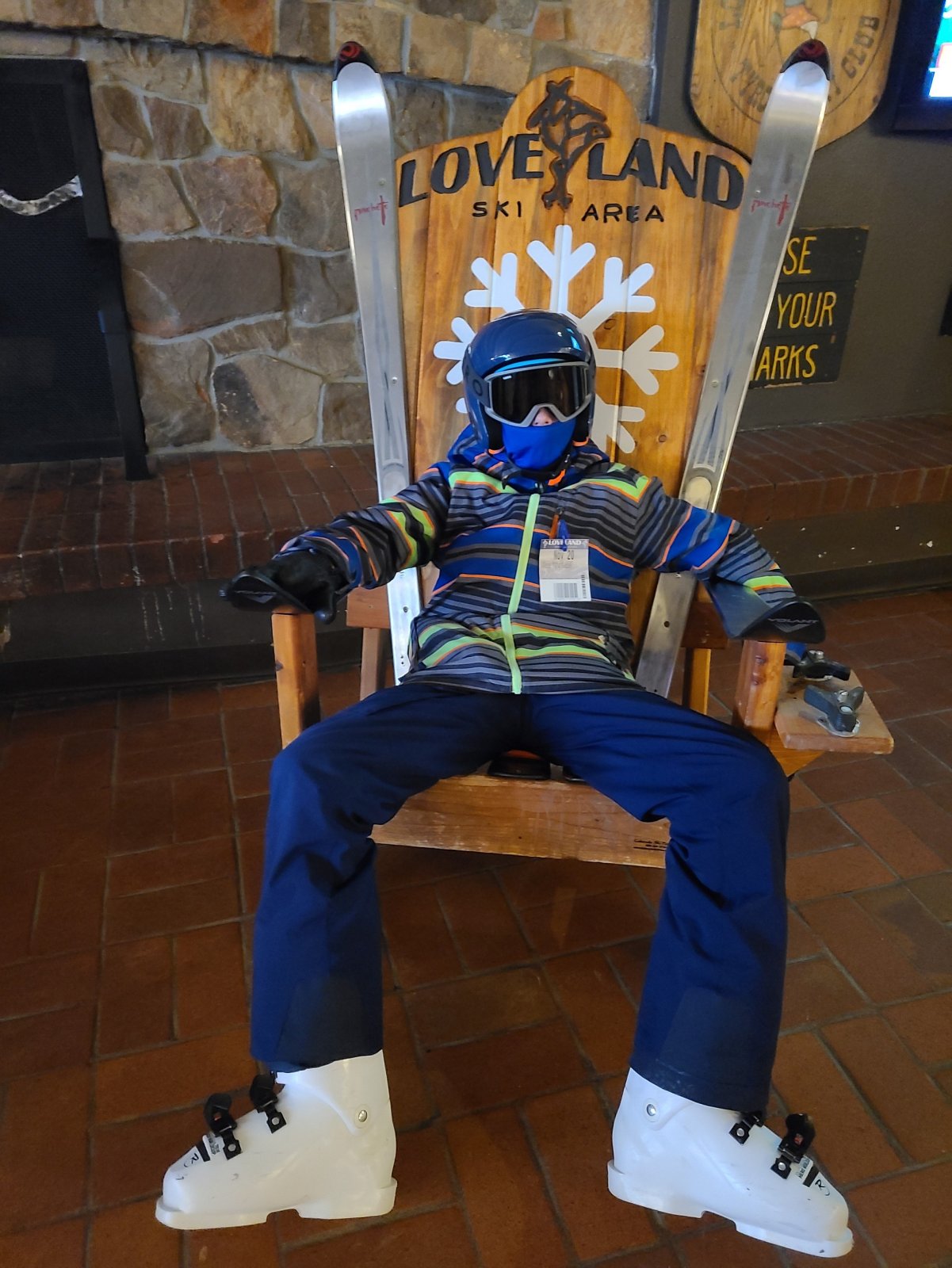 Hah, I had those Volant Machetes in the early 00s. What a great demo day!
Did you have a runner-up ski?

I call it a tie for 2nd place even though the below two do have some different properties under foot. If I wanted a bit more frontside/carving oriented, but still one ski quiver that is decent on the rest of the mtn; probably the Volkl Mantra which is fairly similar to, but lighter weight than the Blizzard Bonafide (my big complaint about the Bonafide is that they are quite heavy beasts). I may longer term head toward a 2 ski quiver with the Mantra as a more groomer day ski and the DPS as my off-piste oriented. 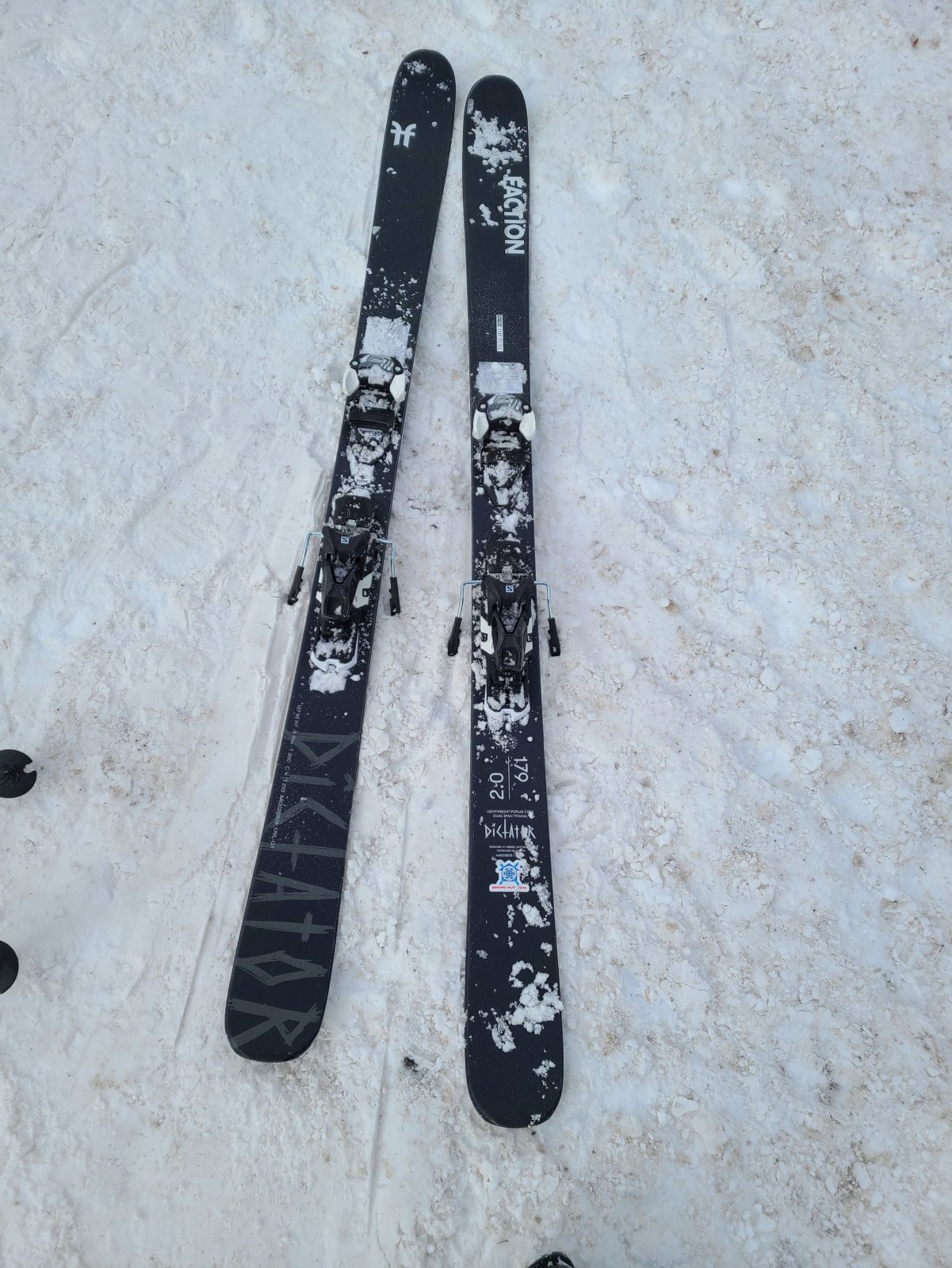 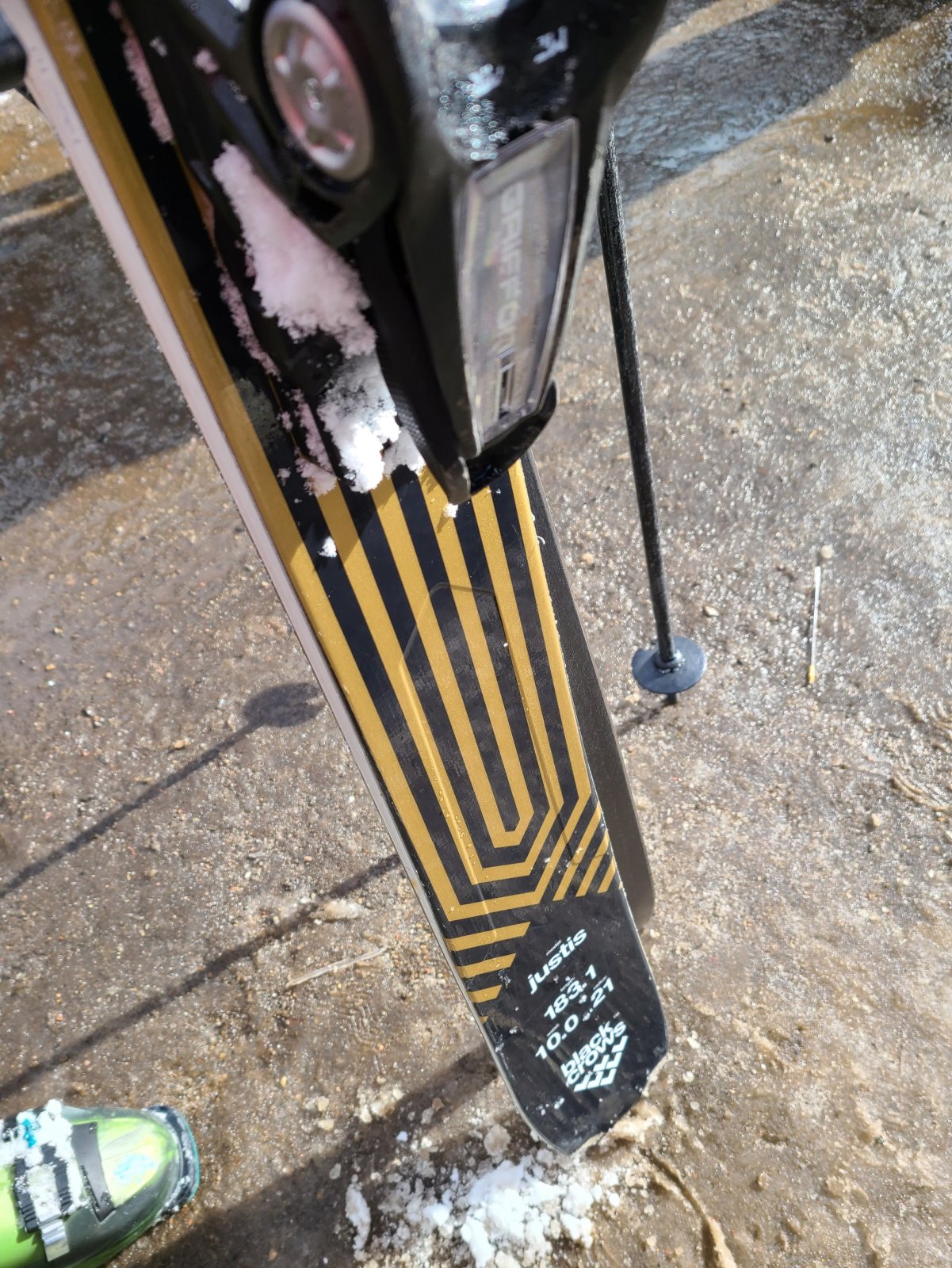 Interesting. I had some Volkl Gotamas that I loved.

Despite my brother owning a ski delivery service, hotel service, and retail outlets in Telluride - he does not carry the smaller European brands (Black Crows, Movement, etc.) or smaller US brands (DPS) since the average clientele has not heard of them. (Reaction would be: what the hell is this?) So while I get to demo almost every other ski - never been on the aforementioned.

It's tough to find places to demo the above - although I guess I could in Europe, but never want to put the effort in.

I generally ski on Rossignol Soul 7s (2014 and 2020 versions).... and occasionally Rossignol Super 7s for special trips. I like something a little softer that allows for moguls or quick turns in tight trees.

I tried all the big brands stuff over recent years and specifically focused more on the smaller brands this time; finding several great skis. Nothing against the big brands, they have some solid offerings too, though I find them more oriented to typical resort skiers. So they can be similar, but not quite as unique of a ski underfoot as some of my picks above.

Turns out the DPS RP100 in green was not available in that color, but was in an orange color version, which looks kinda gaudy and ugly online. It looks much better and toned down in person, though probably still a bit too bright. I'll find out soon enough (assuming it ever snows enough to bother using new gear this year).

EMSC said:
I tried all the big brands stuff over recent years and specifically focused more on the smaller brands this time; finding several great skis. Nothing against the big brands, they have some solid offerings too, though I find them more oriented to typical resort skiers. So they can be similar, but not quite as unique of a ski underfoot as some of my picks above.
Click to expand...

I just wind up piggybacking on my brother's ski orders (at cost/50% off retail or so).... or buy his least used demo skis at the end of the season. It's just too hard to pass up.

I would love to create a custom pair of Telluride local ski manufacturer Wagner Skis but just cannot pull the trigger. Fun skiing on Deviation skis last spring at a demo day at 49 North