Staff member
This was the activity where I was potentially looking for trouble, as I've been on XC skis one day lifetime in 1992 before this. Midwest president Frida Waara encouraged me to do the more advanced Devil Track River, which also involves a rappel down a short frozen waterfall. Our hosts did not think this was a good idea so with some discussion I went for the intermediate Cascade River. Lutsen provided 3 guides, so one could stay with me if necessary and not hold up the rest of the group.

Our guide near the start. I fell and tweaked an ankle about 5 minutes along, but that was minor as it did not get any worse as the skiing continued. I was OK on the downhill sections if there was flat runout below to slow down gradually. But in some more confined places I took the skis off to walk down a few feet. 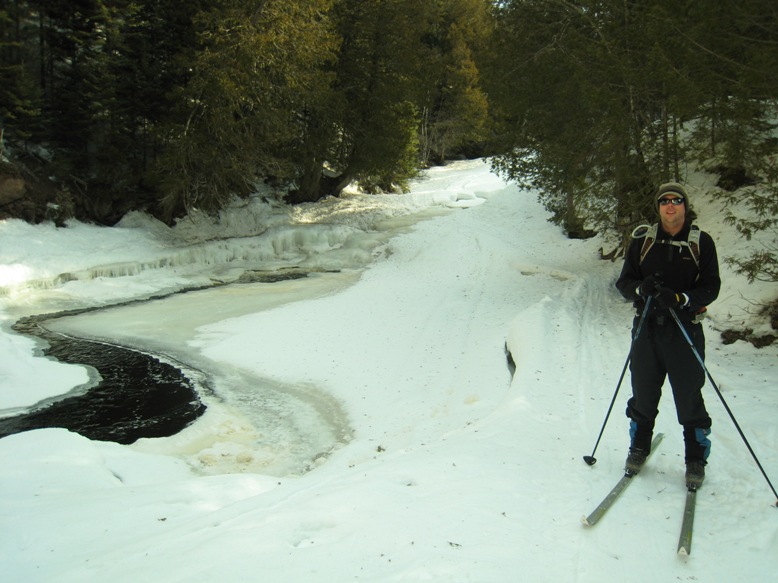 This was the waterfall the Staples and some other members tried ice climbing that afternoon. No it's not the camera, that ice really is yellow. 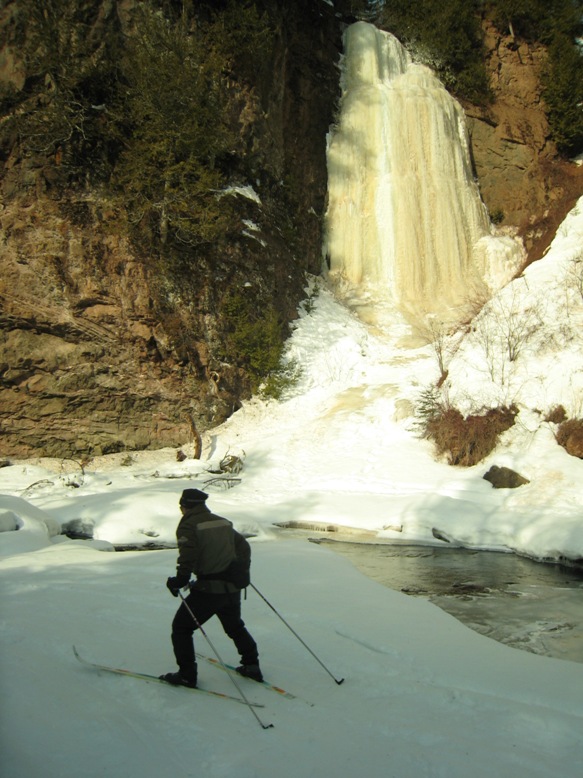 Skiing along the river, next to some holes that opened during the warm weather the previous week. When it's extra warm the river flow rises and sometimes comes up through the holes, flows on the surfaces and then refreezes. The guides inspected the rivers just before we arrived, as they might have been unsafe if the warmth had continued. They said the ice breakups, when they finally occur, tend to be very abrupt. 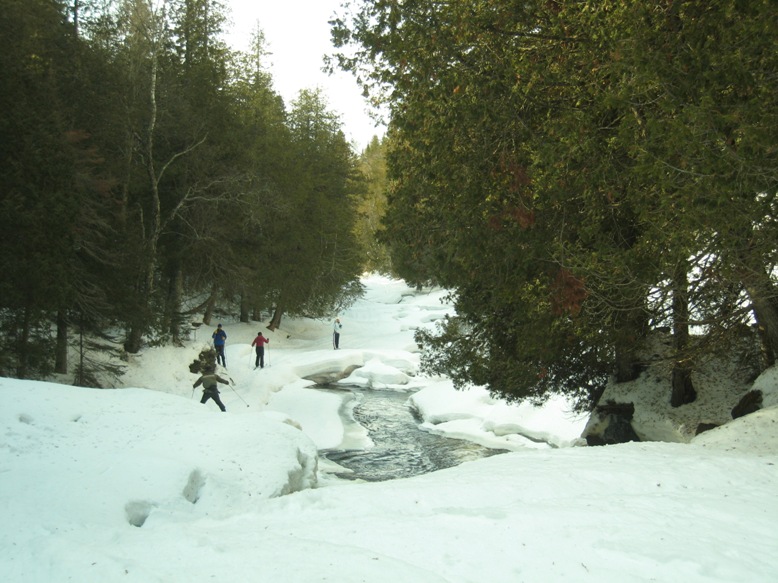 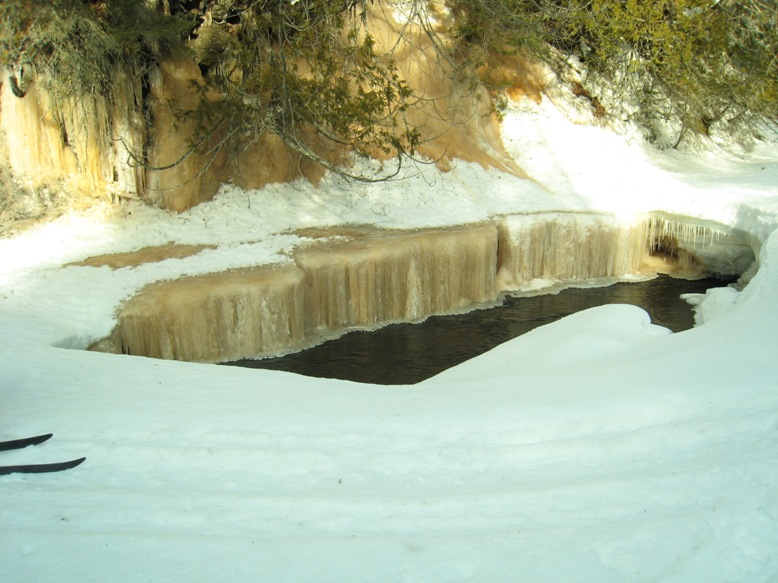 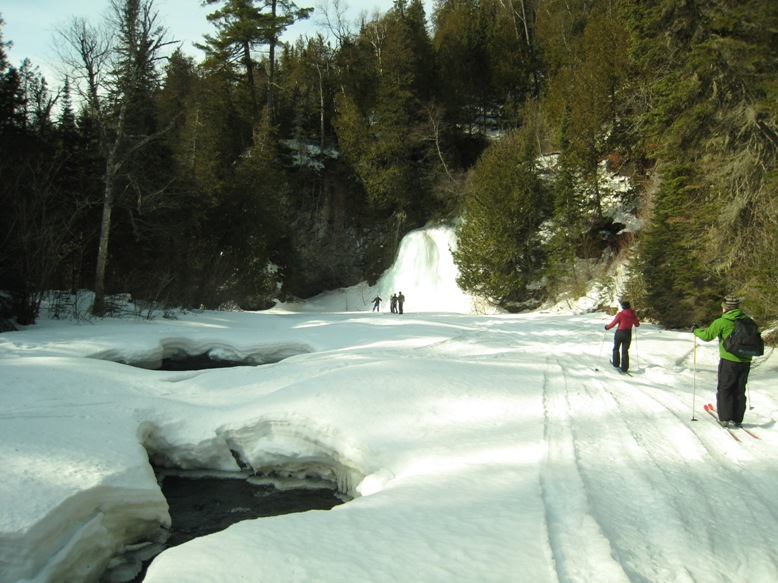 This one is blue, as it's fed by a spring coming directly out of the rock. 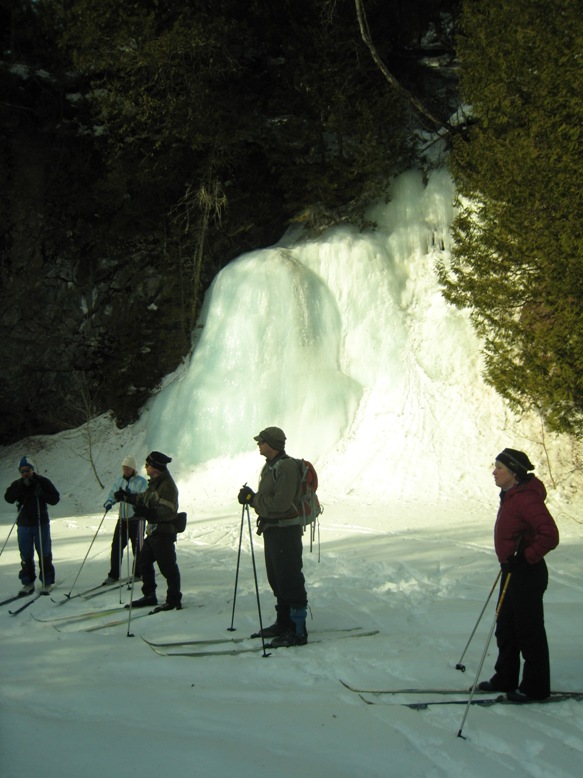 Some larger holes we maneuvered around. 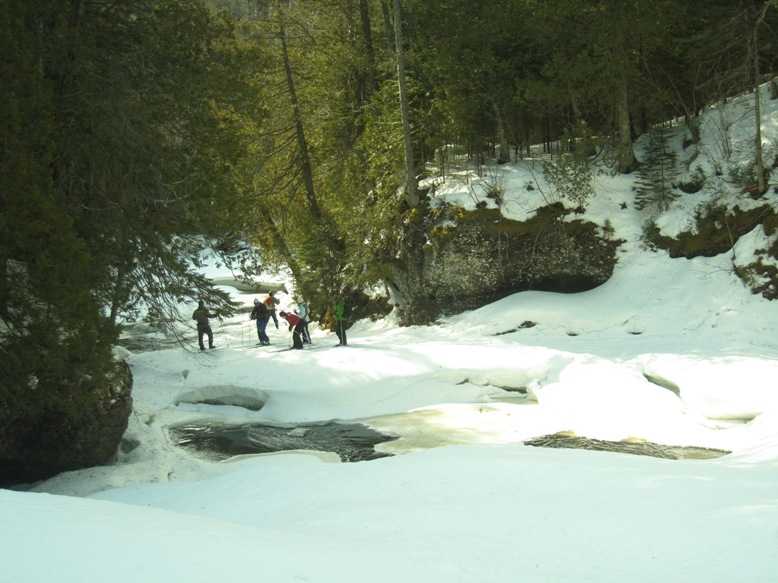 Deer skull and vertebrae from a recent wolf kill. The morning snowmobilers also found a new wolf kill on their trail. 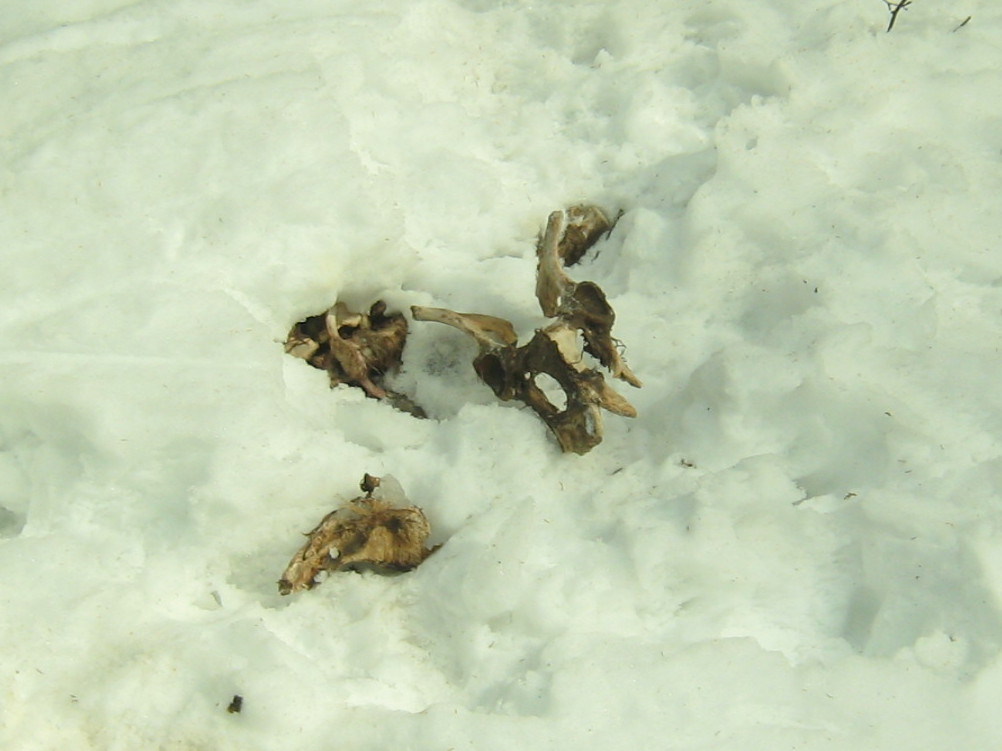 I fell a few more times. Here is the result of my face-to-face encounter with the frozen Cascade River. :lol: 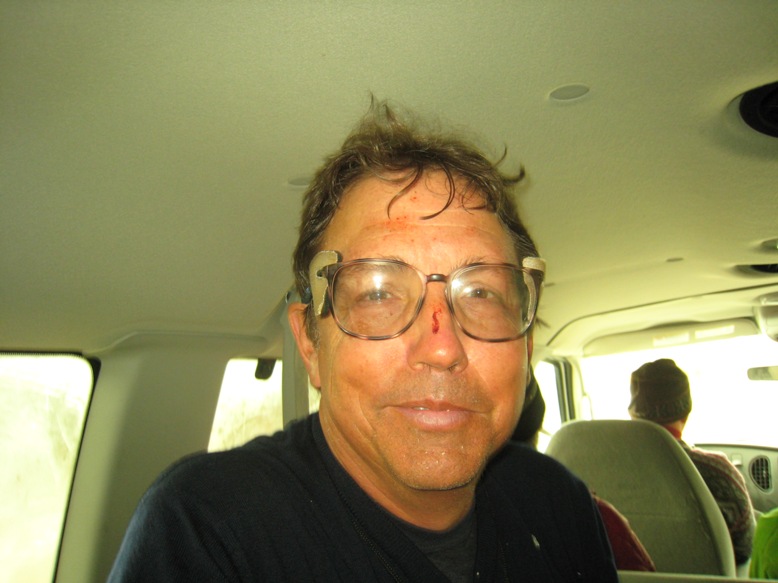 I finished with my guide about 10 minutes after the rest of the group, but still in time for the afternoon's activity.

Why so much concern about getting injured while x-c skiing?

Those kind of pix remind me why I miss it. While you don't get the fun of powder or carving, the solitude and visuals make up for it. And when you live in a place that's totally set up for it (grooming, huge trail networks, cute girls in the warming huts, like in Quebec): $$$.

Why so much concern about getting injured while x-c skiing?
Click to expand...

No grooming, hard and sometimes irregular snow. Some principles were transferrable from alpine, but not nearly as much as with teles, which have edges. The less experienced people who did more conventional cross country skiing also had the hard snow and fell a few times, so I'm glad I did the Cascade River for the more interesting scenery. I suppose there could have been situations where someone might fall and slide into one of the river holes. However the guides are prepared for that with rescue ropes, and even gave us instructions on the Onion River the next day how to handle that situation.

Those kind of pix remind me why I miss it.
Click to expand...

Also, for those who live in that climate XC should be a more enjoyable winter fitness program than going to a gym.
F

Very cool. I generally prefer light-weight telly gear for the steeper creeks. The metal edges make skiing some of the steeper slides more fun. How far up the Cascade did you go?

The Cascade is an interesting and beautiful canyon, but relatively accessible with good hiking trails on either side of the river. One of the things that makes the Devil's Track even more interesting is its inaccessibility and unique geology. Its a very deep (probably 300 or 400 feet in some place), red-rock canyon. Fisherman do manage to scramble up the last mile or two of the canyon in the spring and summer, and there is one place where the Superior Hiking trail crosses the river, but generally the canyon is accessed only in winter by ski or snow shoe and in the spring by creek boaters (another screaming class IV-V run). When you're in that canyon it can be difficult to believe you're in MN. It has a very Rocky Mountain feel to it. For the skier or snowshoer, the rappel is fairly straightforward and about 35-40 vertical feet right next to Pitchfork Falls. For those in the know, there is also an extremely arduous "portage" around the falls. The portage, which runs down a small steep tributary gorge, is the only place in MN I have regularly encountered significant (i.e. scary) avalanche debris. A classic terrain trap.

Staff member
The parking lot where we started on the Cascade River was 100-200 yards above that yellow ice waterfall. We went downstream to maybe 1/4 mile above the highway, where we had a short hike out at the end.