Staff member
The Upper Midwest is the U.S. hotbed of snowmobiling. Half the registered snowmobiles in the country are in Michigan, Wisconsin or Minnesota. So there are lots of maintained trails in the woods just inland of Lake Superior all the way along the North Shore. I had never done this before, closest thing was a jet ski on a Caribbean cruise in 2005. The footwells are heated, and there are controls to heat the hand and thumb grips as well. I did take some wind chill on the face, as the helmet visor would fog if I put it down.

Our guide giving some advice at a short rest stop. You're supposed to use your rear view mirror to keep an eye on the person behind you. I heard that part of another group split off to a dead end trail and had to turn around. Of course I did this once skiing at Mike Wiegele. 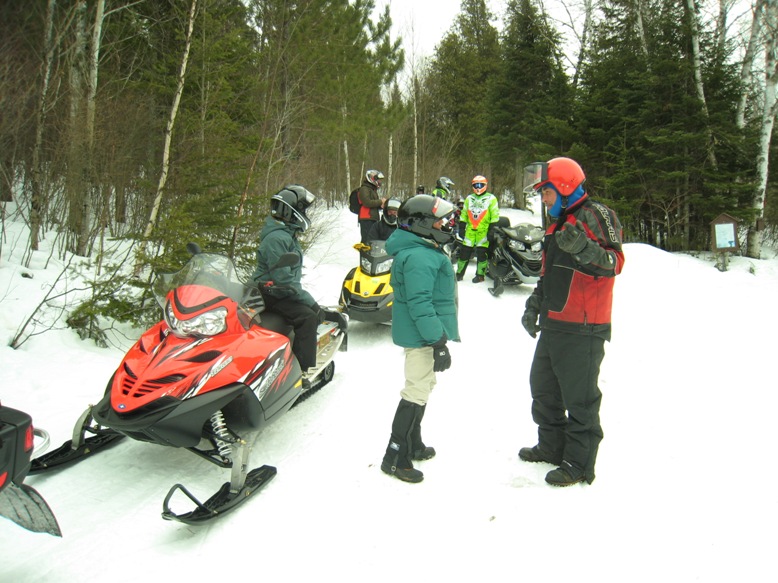 We were originally supposed to be on a Wilderness Rim trail with open views, but the warm previous week melted off too many spots. Thus we were on trails in the woods the whole time, not quite 2 hours. I was cautious and probably averaged 25mph, maxing out a few times about 40. We detoured a few minutes on this narrow trail to get our one panoramic view. 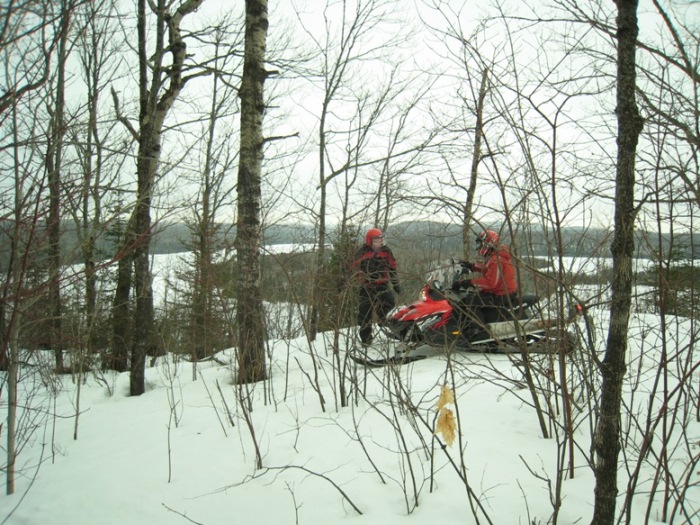 Overlooking Caribou Lake with Superior beyond. Caribou were originally common in the area, but were hunted to extinction in the 19th century and now live only in Isle Royale National Park in Lake Superior. Then deer moved up from the south to fill the gap, and now provide a steady diet for the wolves. 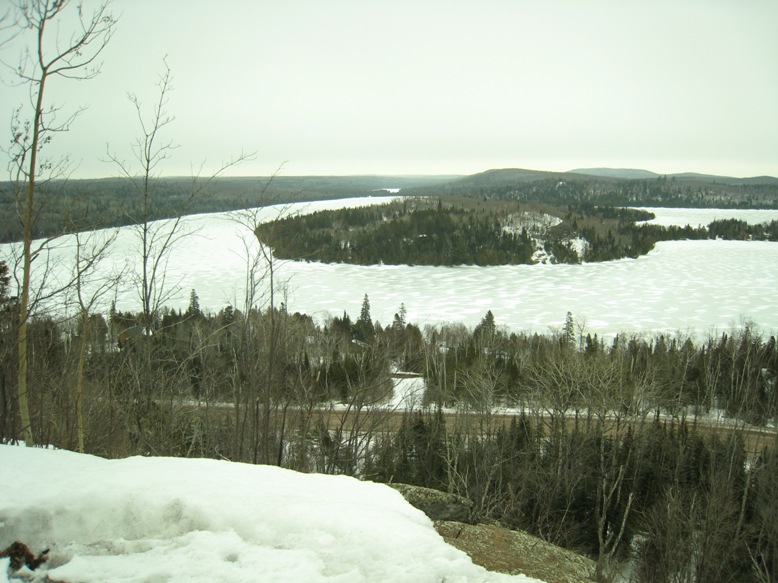 We had dinner at Chez Jude restaurant next to the North House Folk School. The School was founded 10 years ago to teach crafts common in the 19th century. It has caught on well and there are now 225 courses. This is North House's sailboat in Grand Marais' frozen harbor. 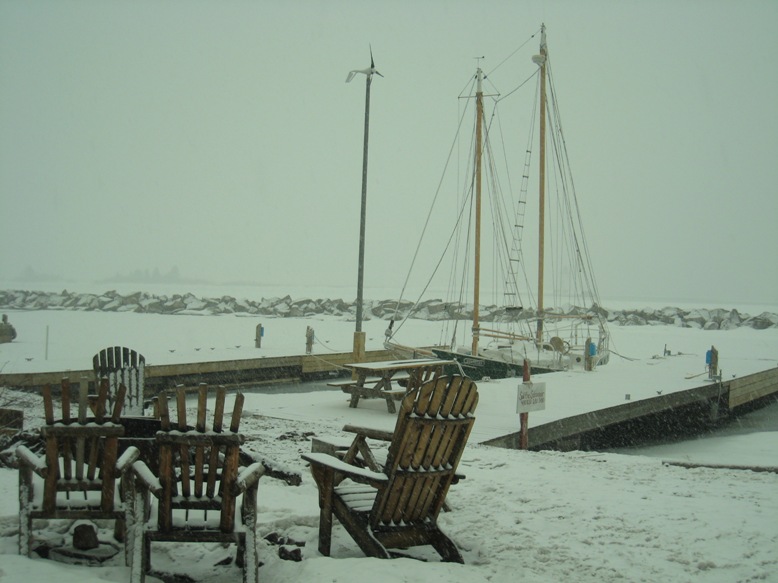 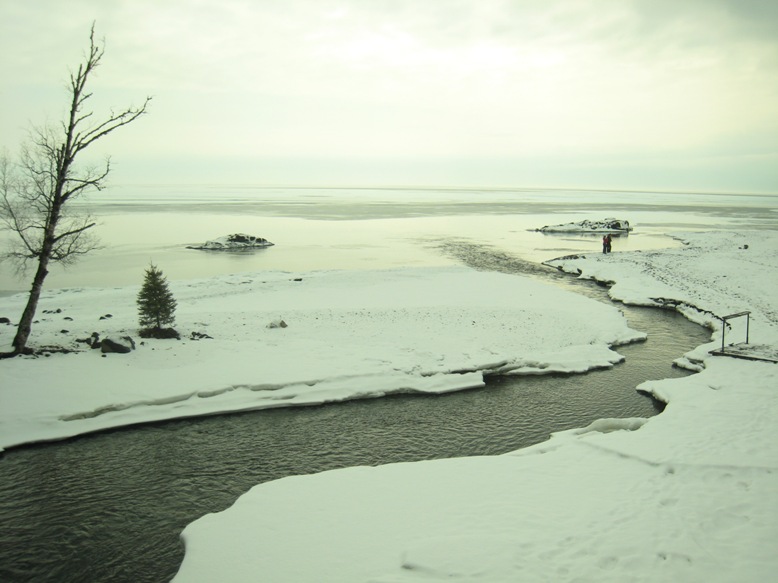 On our departure morning Sunday the wind came up, blowing from the east off Lake Superior. So we were lucky to have our 3 days of activities when it was calm. 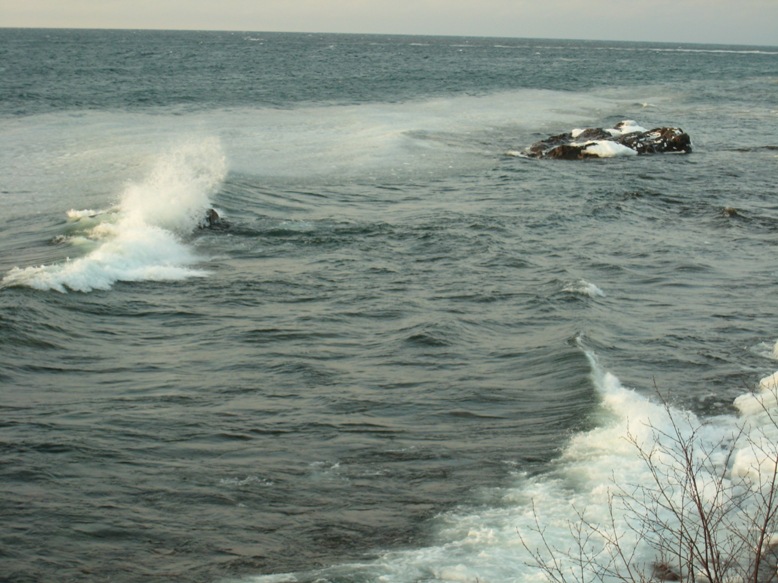 I was cautious and probably averaged 25mph, maxing out a few times about 40.
Click to expand...

You missed out on half the fun of snowmobiling. Most groups probably average in the 40's, or higher, for the day. And there's nothing quite like finding a wide open straight away on a deserted trail and hitting 80. For those who haven't done it before, you'll be suprised how much of a workout your body gets over a day of riding on the trails. Different than skiing muscles anyway. Also, another fun way to enjoy winter.
F

You're supposed to use your rear view mirror to keep an eye on the person behind you.
Click to expand...

Good idea. It might be an even better idea to keep an eye on the sled in front of you. I've never snowmobiled myself, but once had the opportunity to witness snowmobile-related carnage firsthand.

Several years ago a friend of mine lost control of a way-too-sharp knife while slicing a bagel for a snack late in a day of cross country skiing in MI's Porcupine Mountains. I took him to the emergency department in Ontonagon, MI. It was early on a Saturday evening in February and local snow conditions for skiers and sledders where quite good. We waited for hours before one of the ED docs found the time to stitch him up. The reason? A near endless procession of snowmobile casualties, most of whom had likely broken ankles, wrists, forearms, etc. from hitting the sled in front of them. The Drs. and nurses that I spoke to said the number of injured sledders and the varieties of injuries that evening were about average for a Saturday night in winter. All agreed it would likely get busier later in evening.
You must log in or register to reply here.
Share:
Facebook Twitter Reddit Pinterest Tumblr WhatsApp Email Share Link
Top