Tony mentioned once that New Zealand tends to get lousy snow in years when California gets hammered with snow. Is New Zealand poor odds this year?

Staff member
El Nino almost always produces good seasons in South America and tends to produce below average seasons in Australia/New Zealand. I cleverly went to NZ in 1982 and 1997, the 2 biggest El Nino years on record.

The current North American season looks like a classic El Nino, but in fact it's mostly coincidence. The El Nino was always weak, and now it's dissipating.

I am spending a couple of days with Extremely Canadian at Whistler in March, and I am considering one of their Las Lenas trips in September.

The simple advice, which I think has been covered before, is that if you want a dedicated week of skiing every day, go to South America. Bigger lift-serviced terrain, much higher altitude with better snow preservation.

NZ is an outstanding tourist destination with many interesting things to do: friendly people, safe, easy to get around on your own with a car. Plan on a flexible schedule, skiing no more than half the days you're there. Given weather, reliability and the cost of getting there, I would advise against committing to a specific area. I wrote an Inside Tracks article after my 1997 trip.

My own leaning toward South America has nothing to do with expected weather this year. I've been to NZ twice and I like to visit new places.
Last edited: Jul 16, 2022

I was interested in your view of long term snow forecast. I'd hate to lock myself into 3 weeks on the South Island where the only white is the sheep. 8) 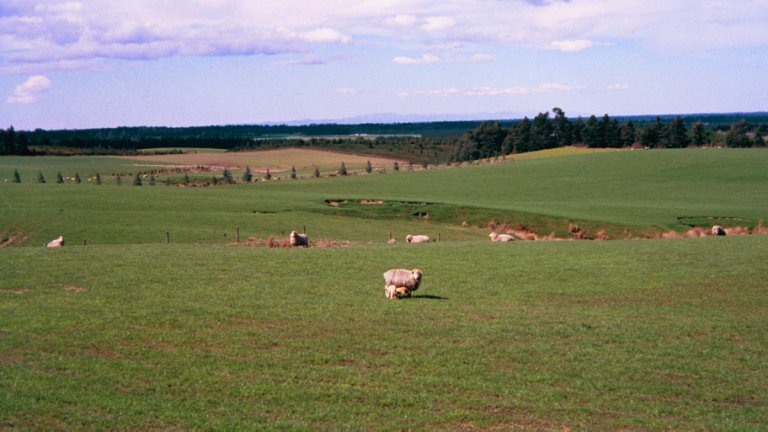 Their season pass deal really cuts down on the price of an extended trip and it gives you the flexibility to ski a few hours and then go do something else the rest of the day without feeling guilty about it. The only place we'd be buying day tickets is Treble Cone.

Staff member
Treble Cone is the best area down there, so you need to factor that in. If I were there 3 weeks, I would expect to ski 10-12 days, and Treble Cone would likely be 3-4 of them. And I would certainly visit both Islands if I had that much time.

With low altitude, 200-inch average snowfall and occasional rain, do not get suckered into early season deals. The best way to avoid 3 weeks of "only white is the sheep" is to stick to the prime first of August to mid-September period.

I'm not so sure about Treble Cone. It was huge fun when you skied the saddle via double chair, t-bar, followed by snowcat. They're now blowing a lift from the base of the double up to where the snow cat used to dump you off. So much for snow quality in those fun natural snow pipes and chutes. The terrain off that big 6-pack up the front didn't do anything for me. I see Mt Hutt is replacing their short quad chair and T-bar with a lift that goes right to the top. I guess the South Face and Tower Rocks will suffer for it with the weekend Christchurch crowds.

Any southern hemisphere trip we do ends up being somewhere around September 1. If we don't get powder, we like spring conditions almost as much.

Staff member
You may get spring conditions Sept. 1, but it's a whole lot better than the rocks you would probably get in July.