Skiing in Shanghai.......it has a nice ring to it right? Thought I'd share that I went to the indoor skiing complex in Shanghai this August. This was my 2nd experience skiing indoors in China. In 2006, I skiied indoors in Shenzhen. It's definitely a novelty experience. I think the total elevation is probably 3..feet, that is. But I enjoyed it regardless, as its just so different from what we do here in the states, plus it was over 100 degrees F outside the day I went.

It was very organized, how they give you a timed ticket (which probably has RFID technology in it, as you are charged by the hours you ski), they give you the clothes to wear (quite the fashion statement!), sandals to wear in the locker rooms (that was a nice touch, as was the free included locker) and have lots of staff and coaches available. The skis and boots are a bit frightening......I had actually never worn rear entry boots until then. And the skis were an experience in themselves! Here's a couple pix, sure to make you smile! 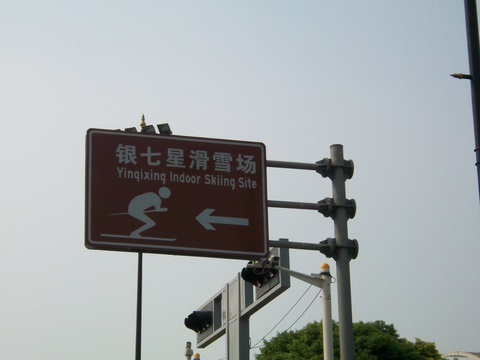 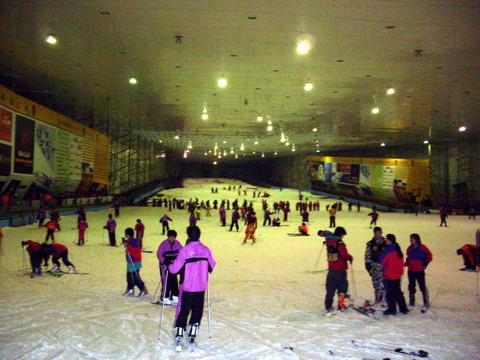 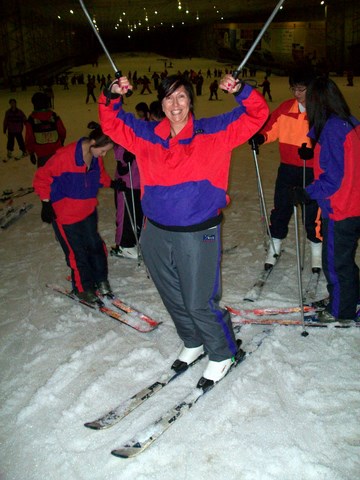 Staff member
For all of the things we've covered within snow domes I have yet to speak with someone not directly involved who's actually skied in one of those things. Thanks for sharing!
J

Yea, I have to say the equipment is the sketchy part. The first pair of skis they gave me had no brake. And there's no, height, weight and level, they just hand you a pair of skis. The pair I "skied" in were skinny and felt like the bindings weren't attached, there was probably about a 1/4 inch gap between the binding and the ski, when you shook it. That definitely made me nervous and my fears were confirmed when a man next to me double ejected for no apparent reason. I figure if you can learn to ski there, you can ski anywhere!

But the staff is super nice and its a novelty, so I say, what the heck try it. I'll look for my indoor skiing in Shenzhen pictures. There was actually a place in 2008 in Singapore (I don't know if they are still there or not) and I went there too, but they alternate between skiing/snowboarding and snow tubing, and the only day I was there, it was snow tubing, so I didn't get to ski in Singapore. Bummer!
You must log in or register to reply here.
Share:
Facebook Twitter Reddit Pinterest Tumblr WhatsApp Email Share Link
Top