Staff member
We left Oslo by 8:30AM for the 4-hour drive into the Sognefjord region. Sognefjord is the longest fjord in the world aside from one in Greenland. 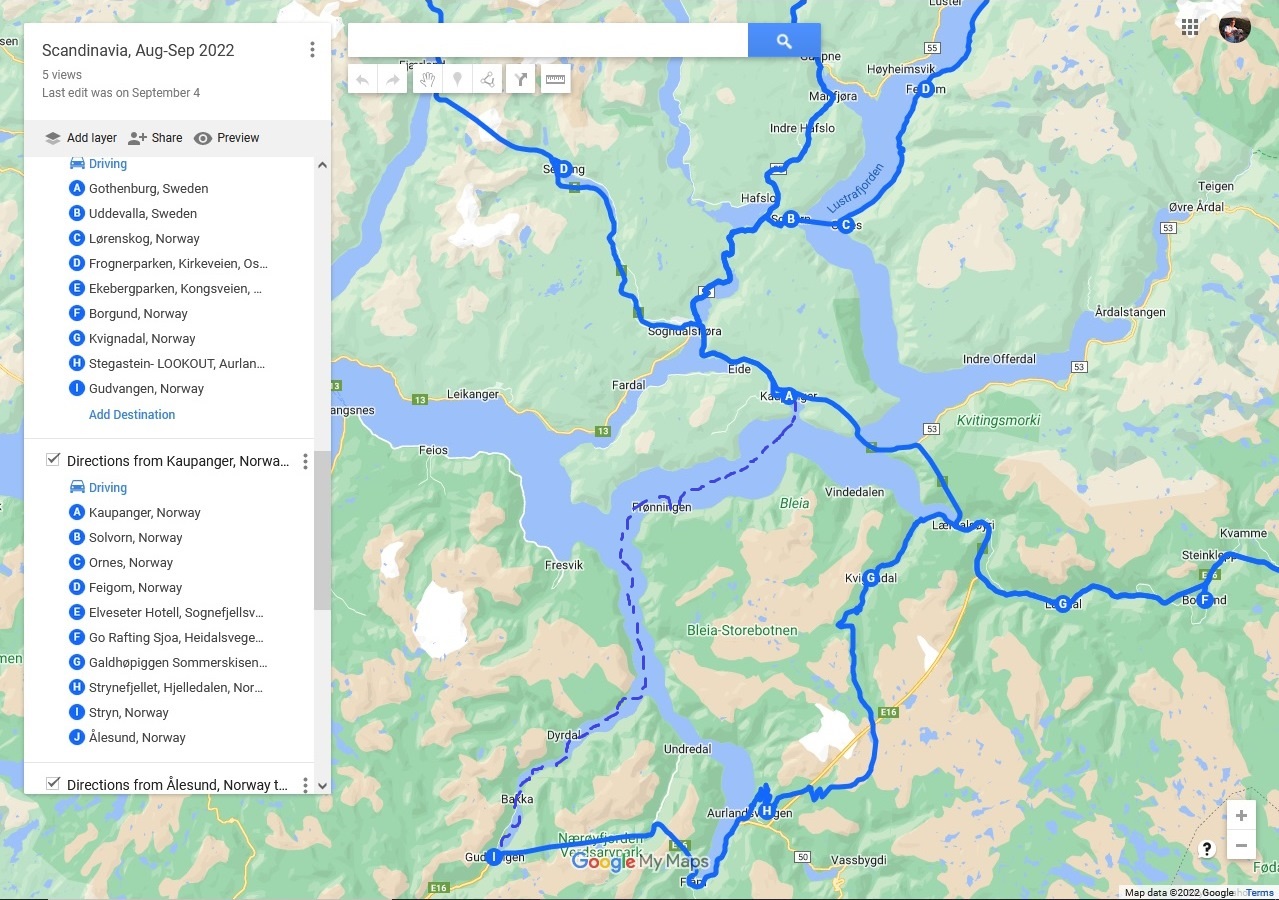 We first arrived at the Borglund Stave Church (F at far right on map). There is a stave church museum in far right background. 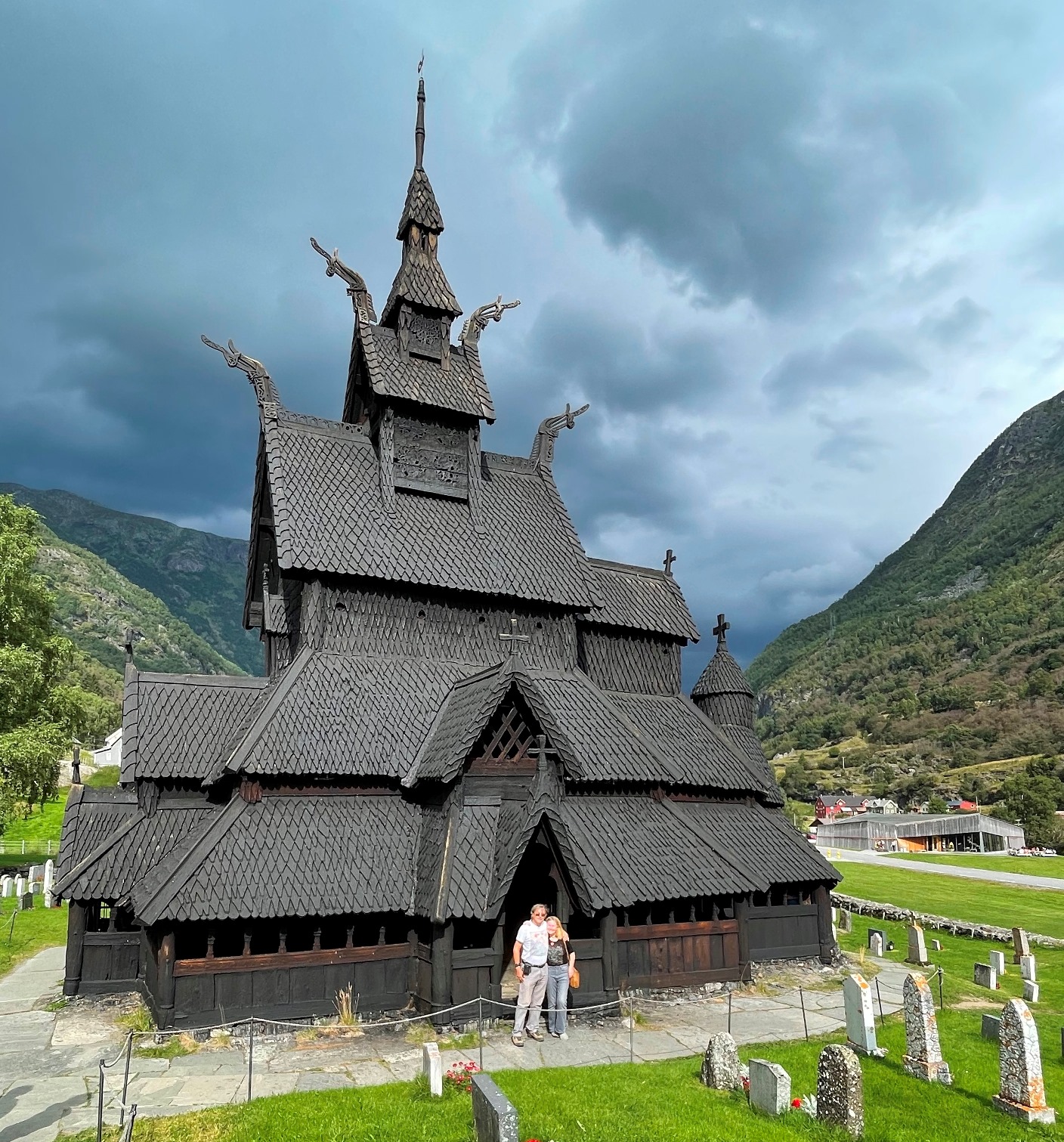 Only 28 of Norway’s original 1,000+ wooden medieval stave churches remain. Those have been carefully maintained since the mid nineteenth century. Borglund was built around 1200 and its interior is quite small and modest compared to the outside. 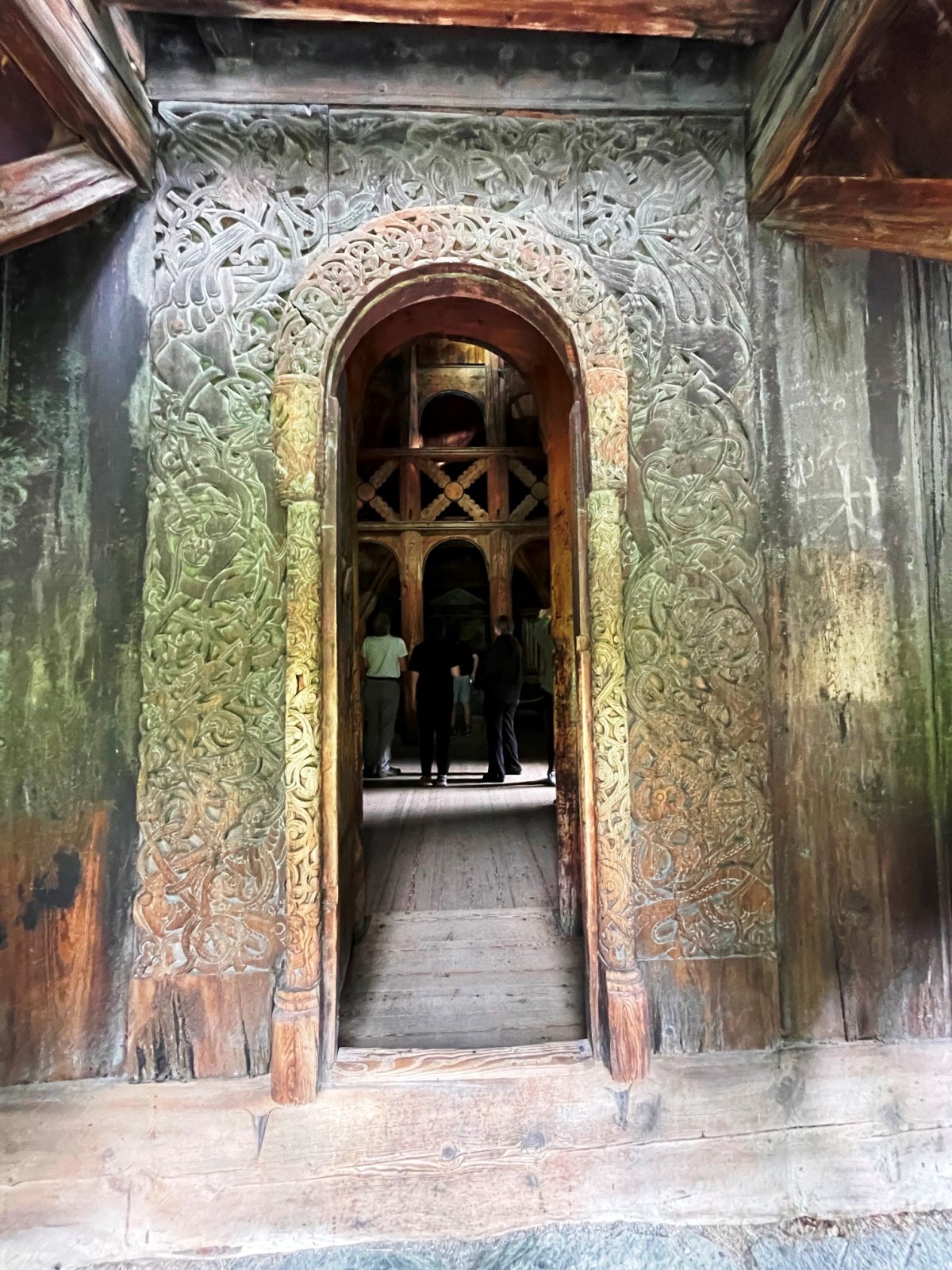 Next we drove past Lærdal to Aurland via the scenic “Snow Road” instead via Norway’s longest (15 miles) road tunnel. The gloomy weather turned to rain up there so we only got out of the car twice. 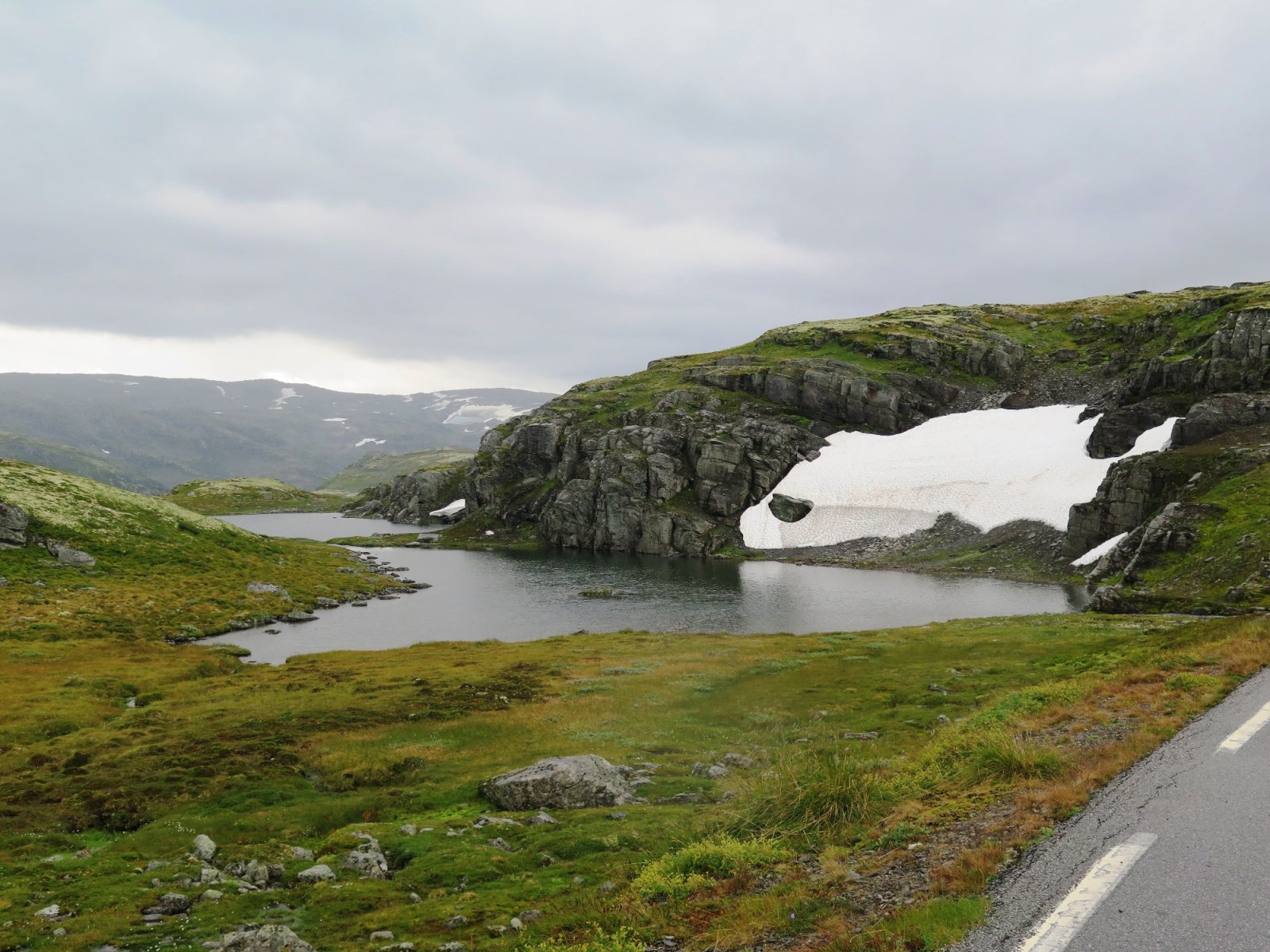 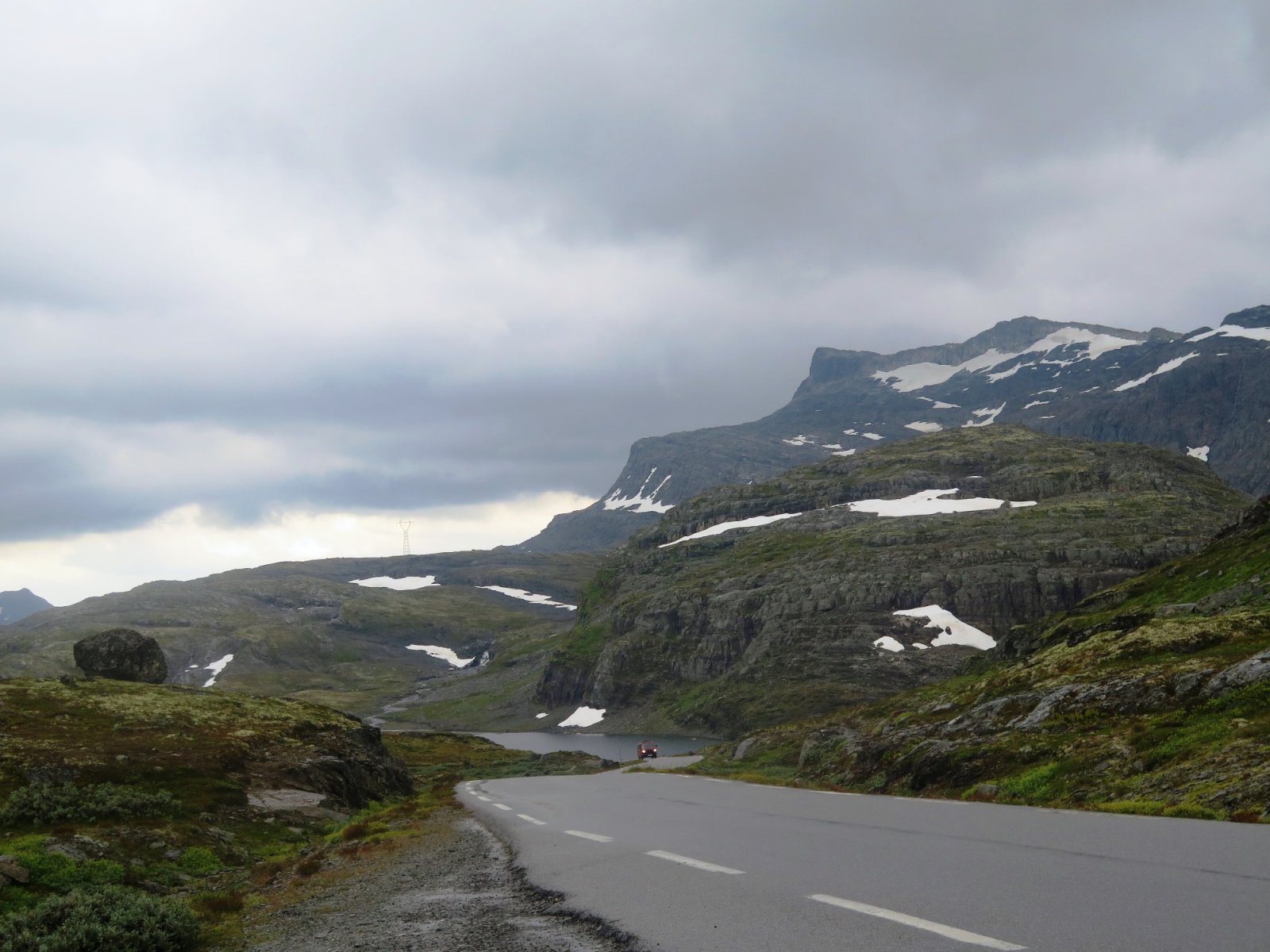 This was our first drive on the trip over 4,000 feet, showing the rounded off mountains formerly buried by glaciers during the Ice Age.

About halfway on the descent is the Stegestein viewpoint (H on map). 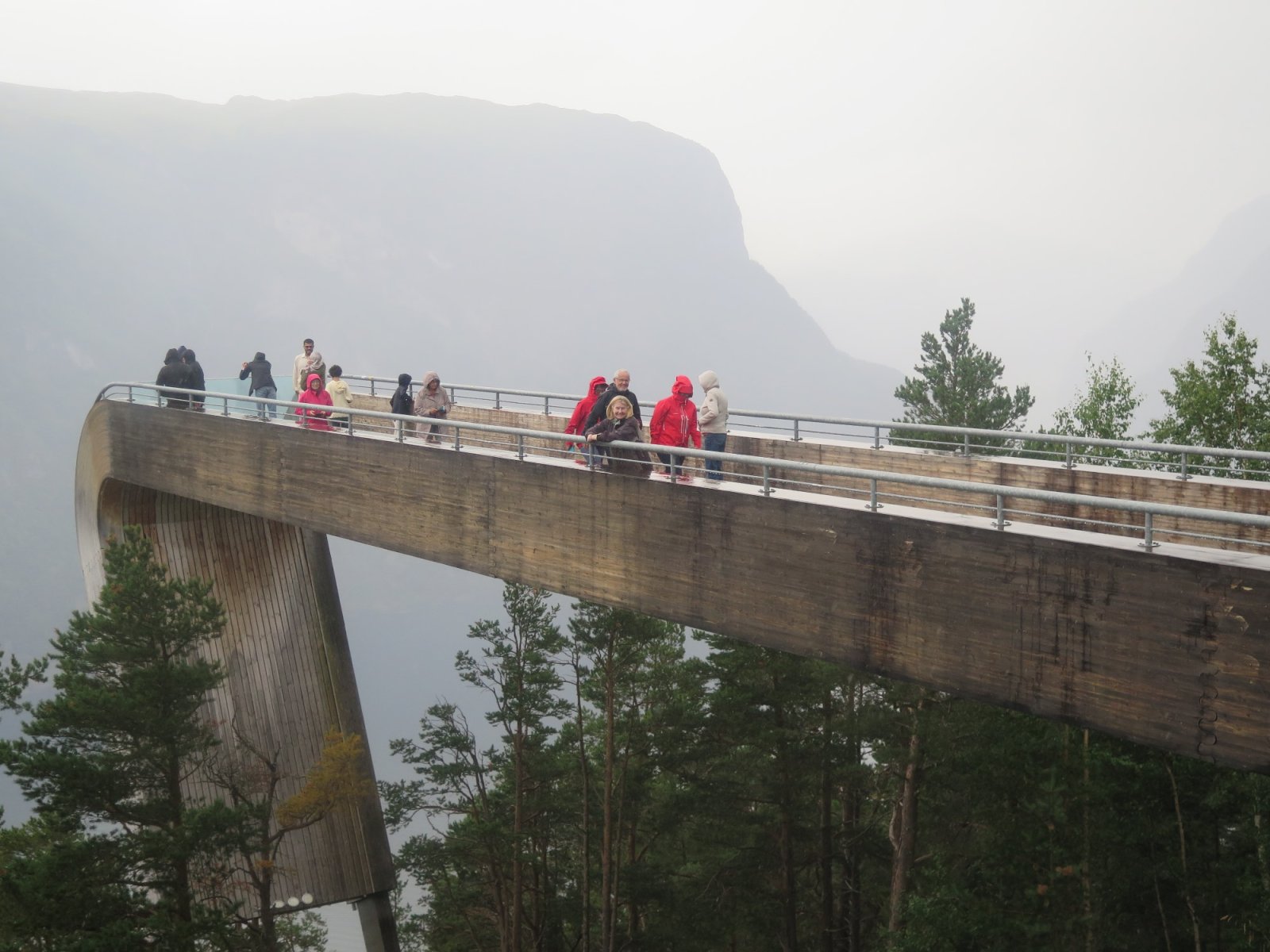 Here’s the view 2,000 feet down to Aurland and much of its fjord. 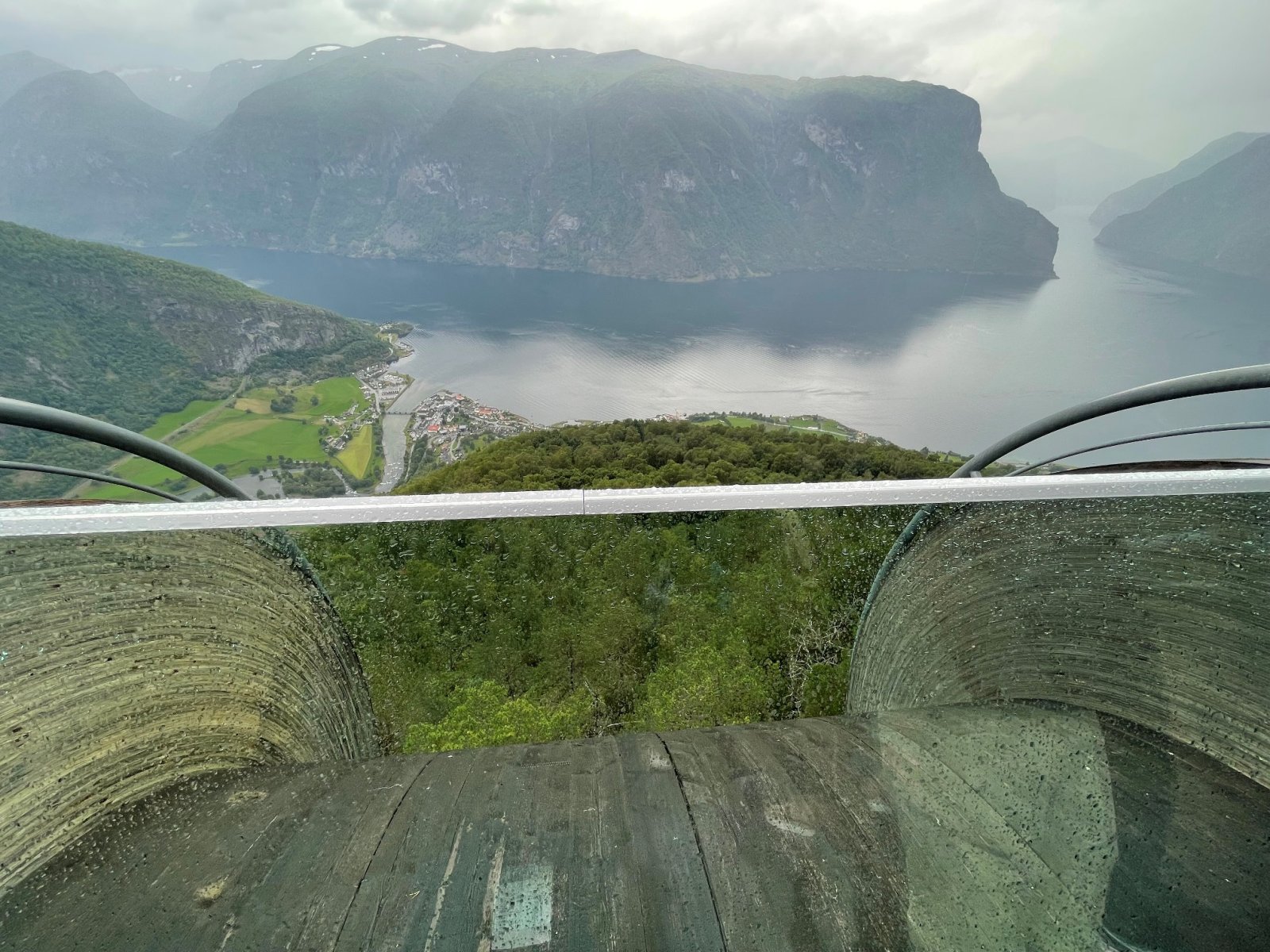 Past Aurland we stopped at the Otternes farm, which was bult around 1700, actively used until 1970 and since preserved. 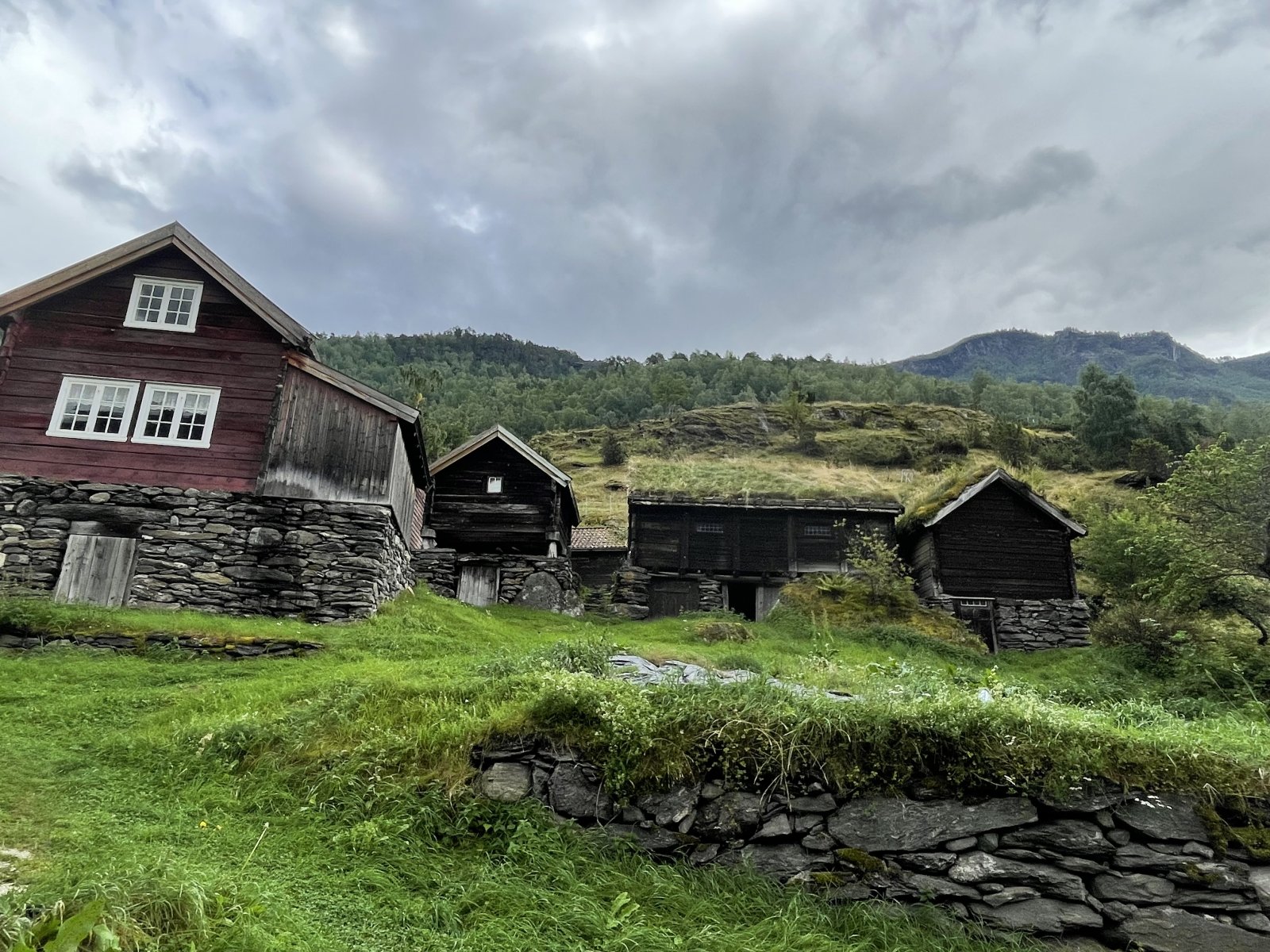 View from Otternes to Flam at the end of the Aurlandsfjord; 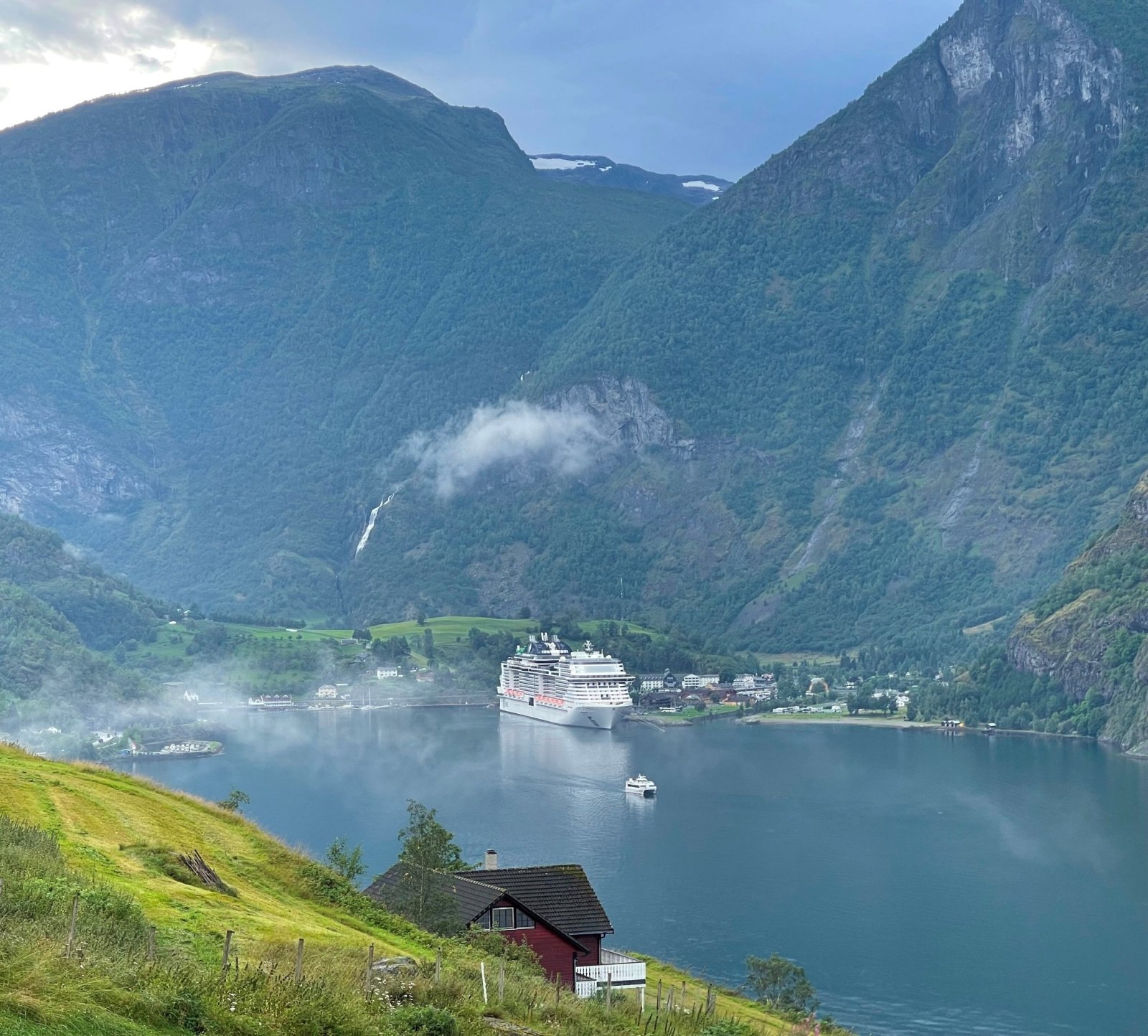 This MSC Grandiosa was the first of several cruise ships we saw docked in fjord towns over the next week.

Aurlandsfjord and the nearby UNESCO Heritage Nærøyfjord have many small tour boats like these. 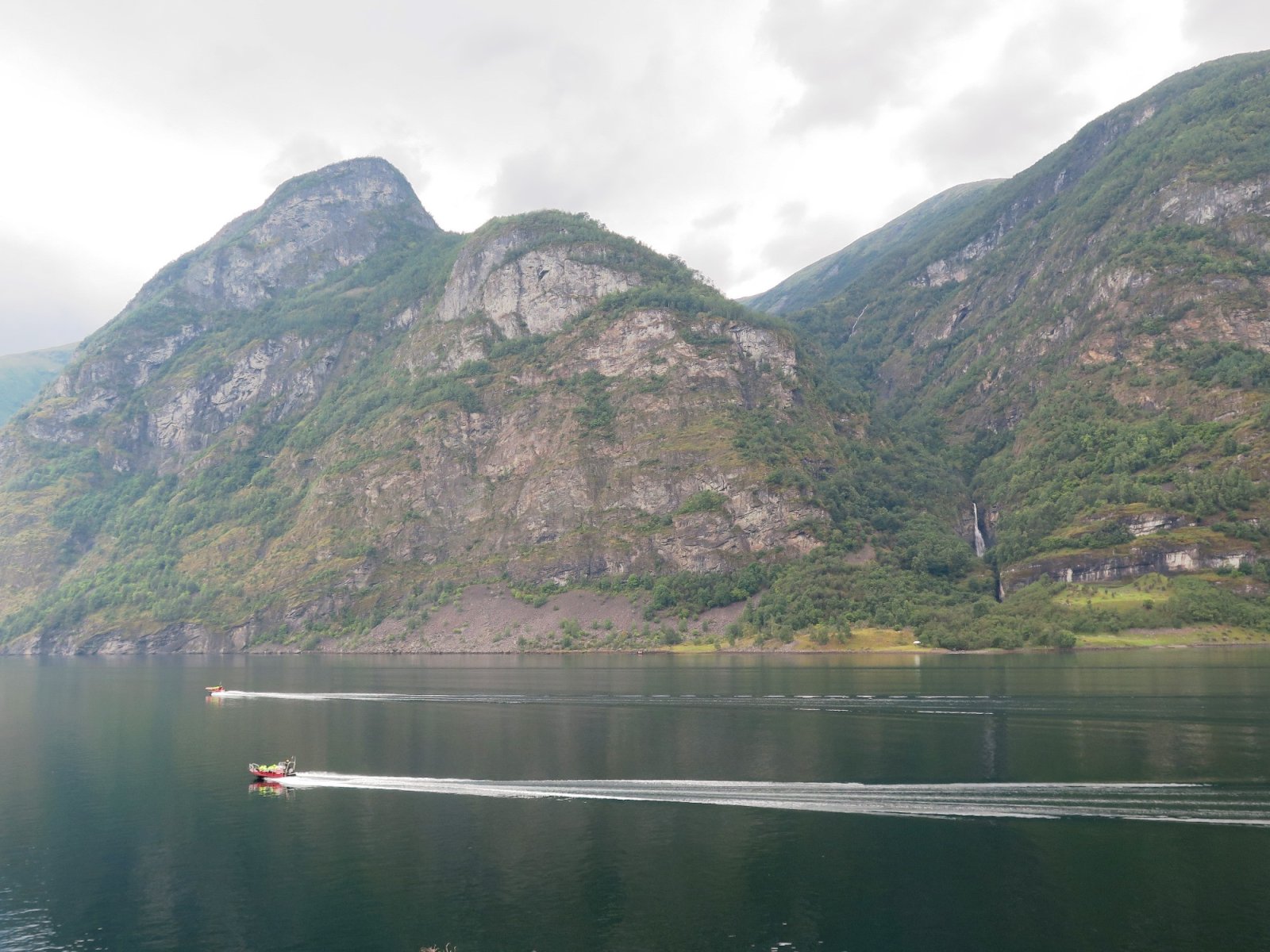 We arranged to take a car ferry from Gudvangen (I on map) through the Nærøyfjord to Kaupanger (dotted line on map). View from Gudvangen pedestrian bridge while we wait for the ferry: 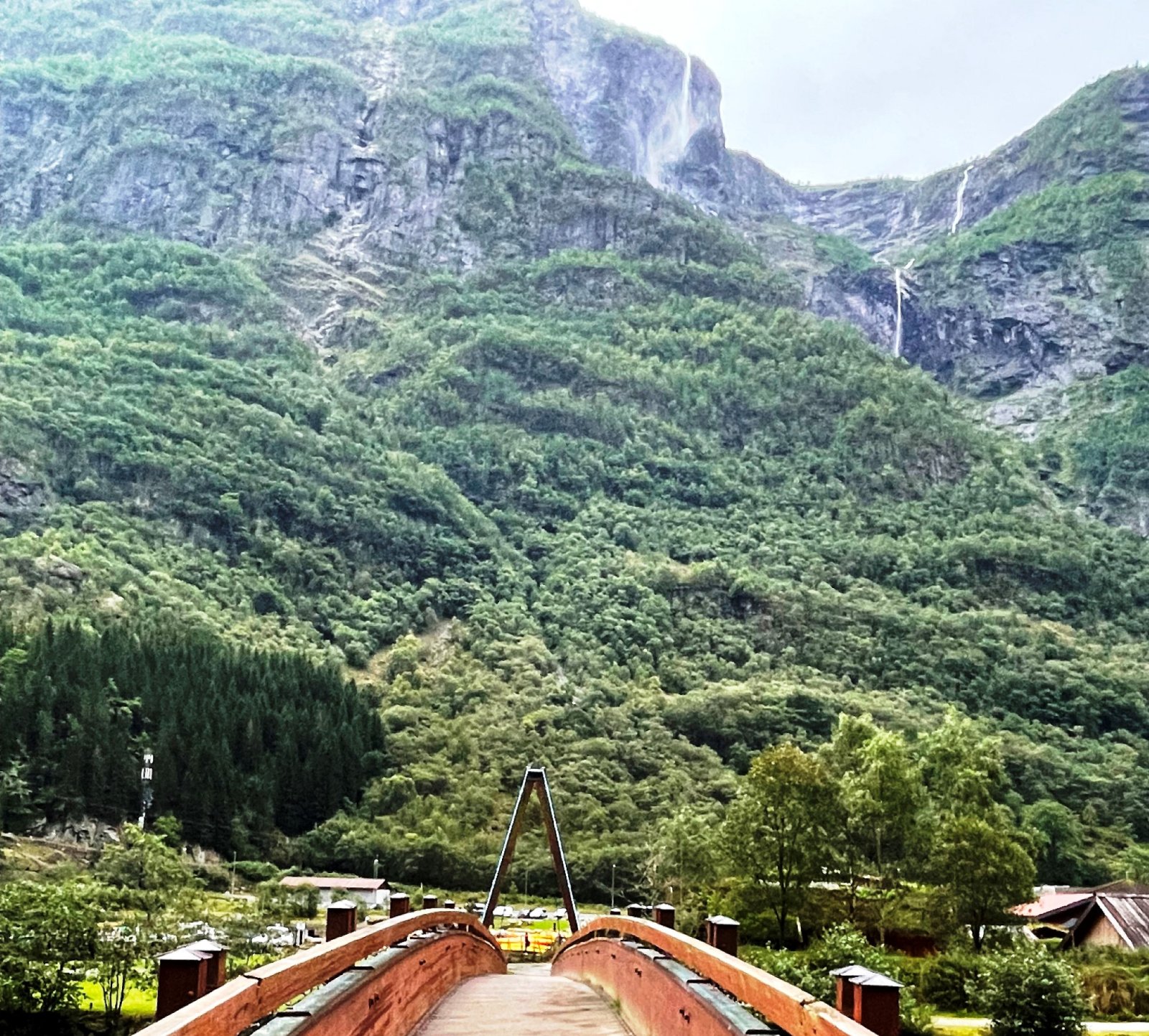 It drizzled most of the time on the ferry ride. Fortunately there was no low fog to obscure the mountains and the wet weather meant the ribbon waterfalls were flowing well. 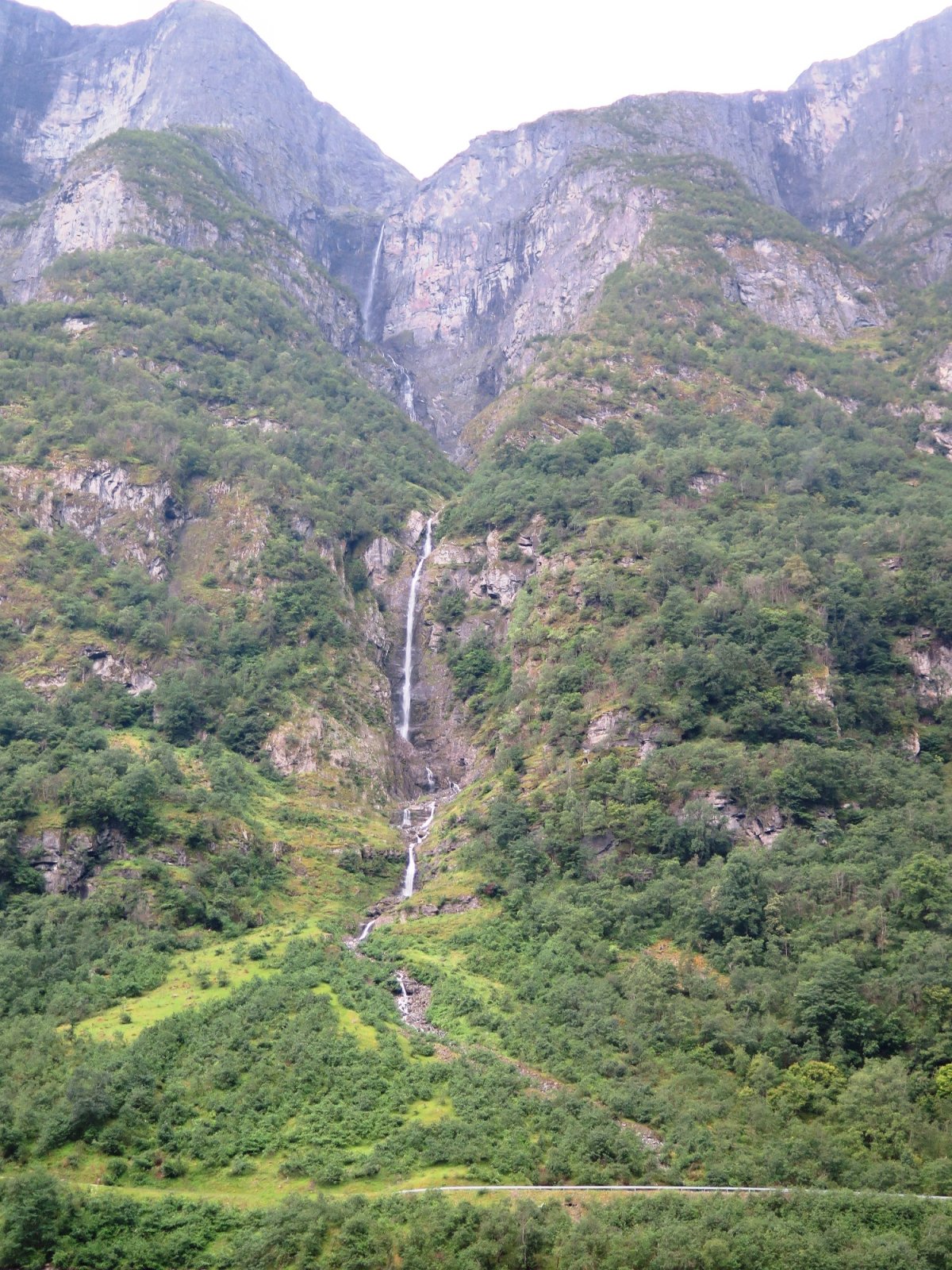 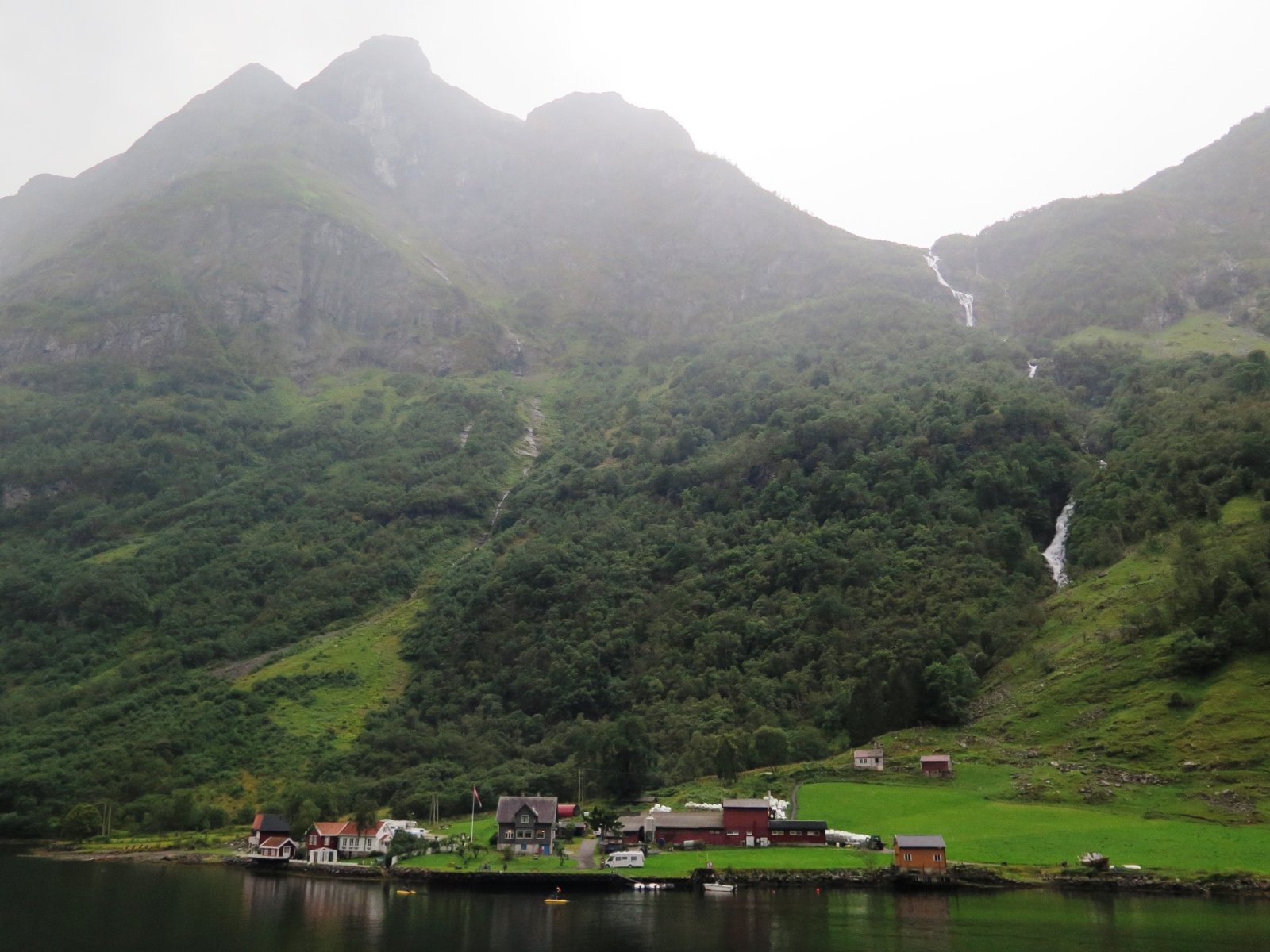 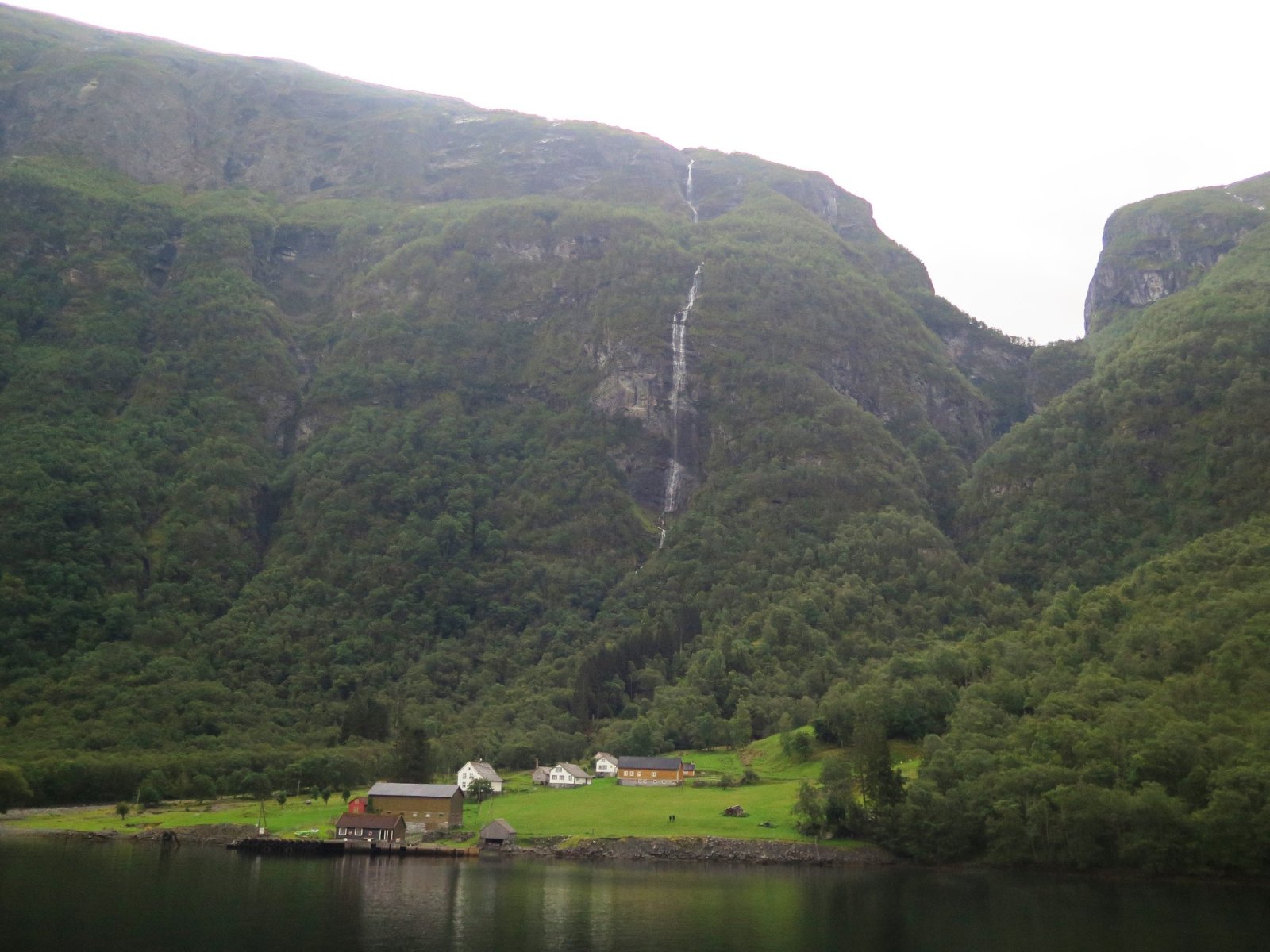 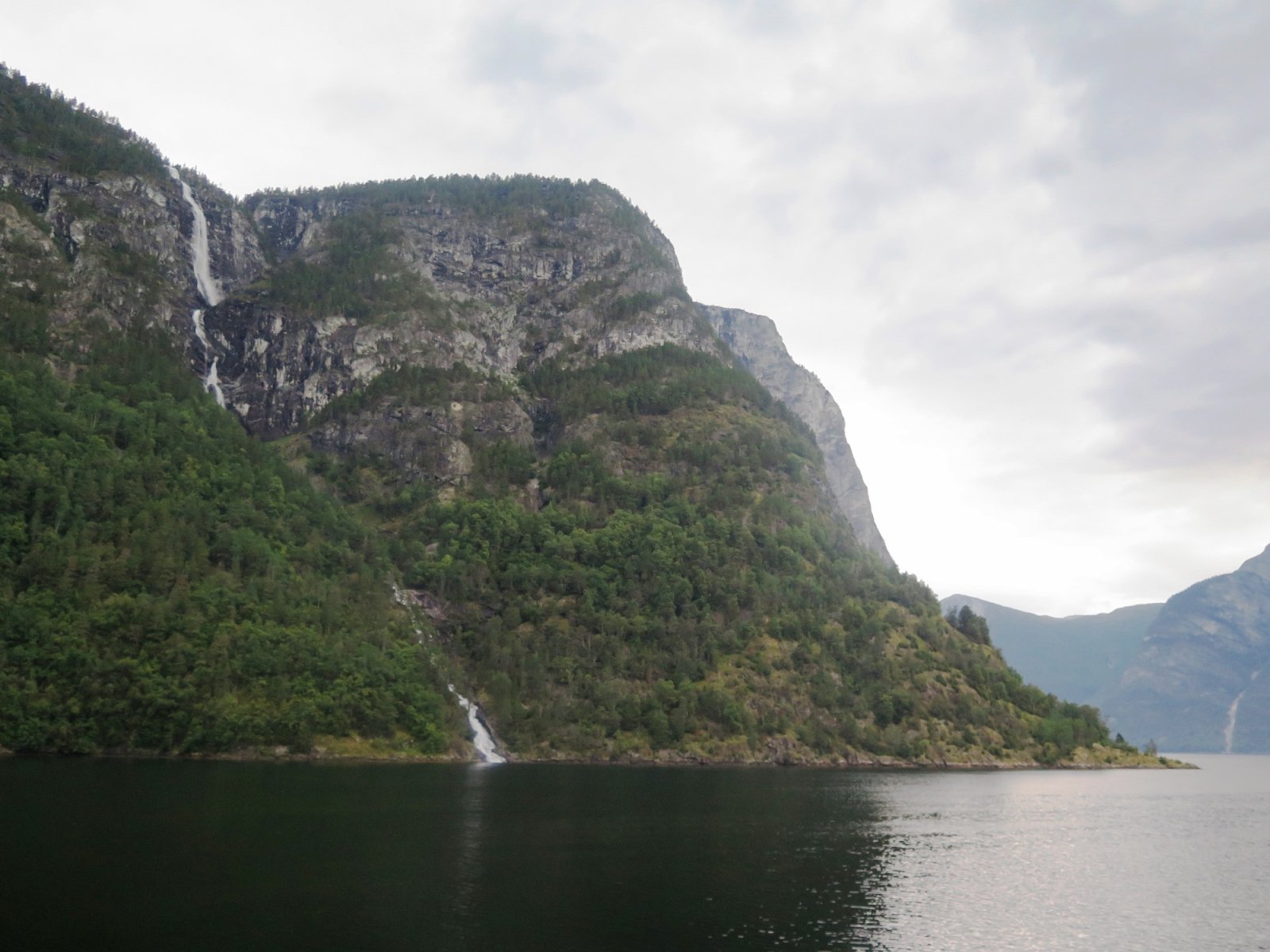 Most of Norway’s mountains are not quite as tall and dramatic as those in New Zealand’s Fiordland National Park. But Nærøyfjord’s claim to fame is that it is quite narrow and its walls are more vertical than most in Norway.

At a distance we can see that cruise ship from Fram departing into the main Sognefjord. 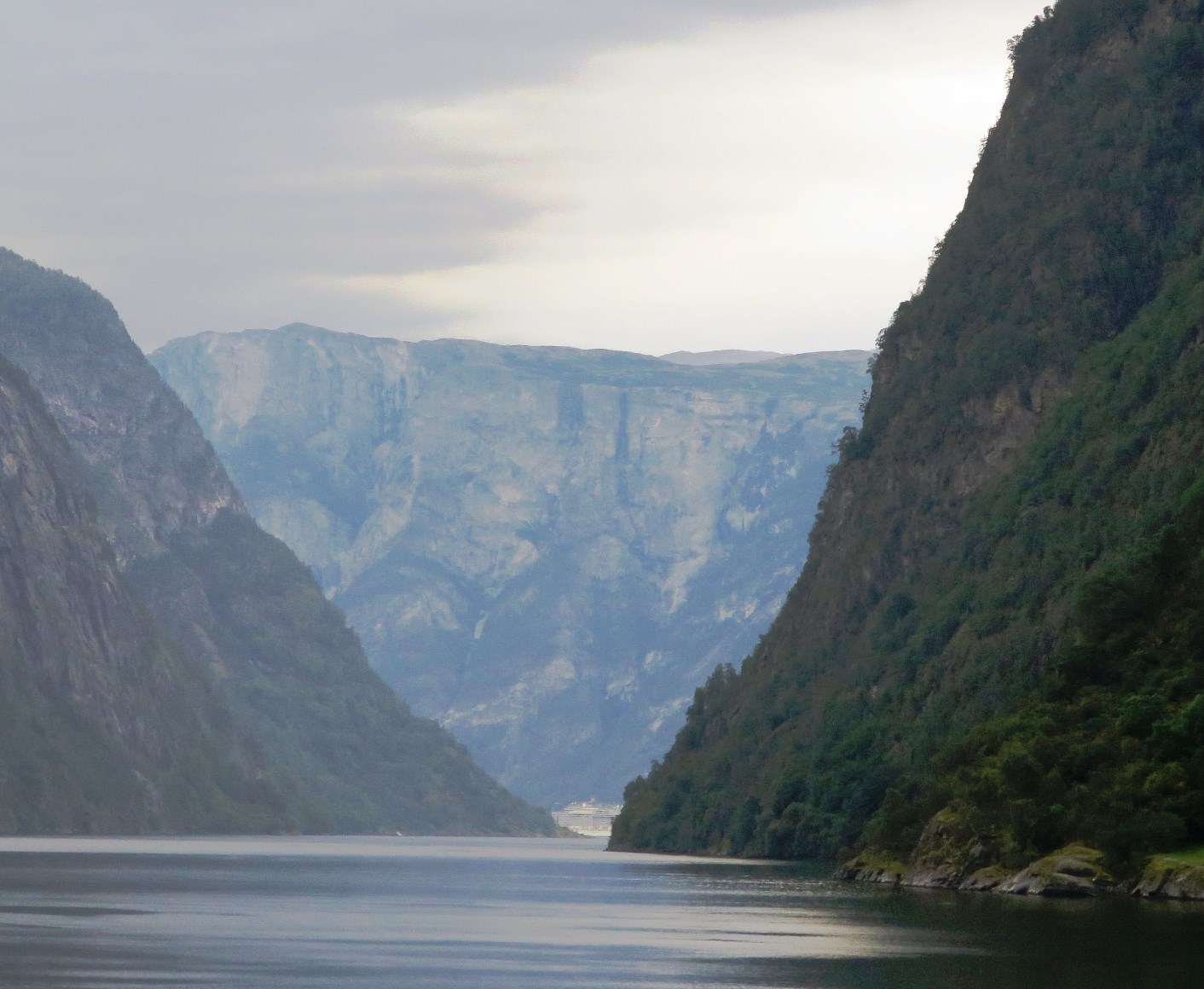 Some kind of trees are being farmed in these tube shelters. 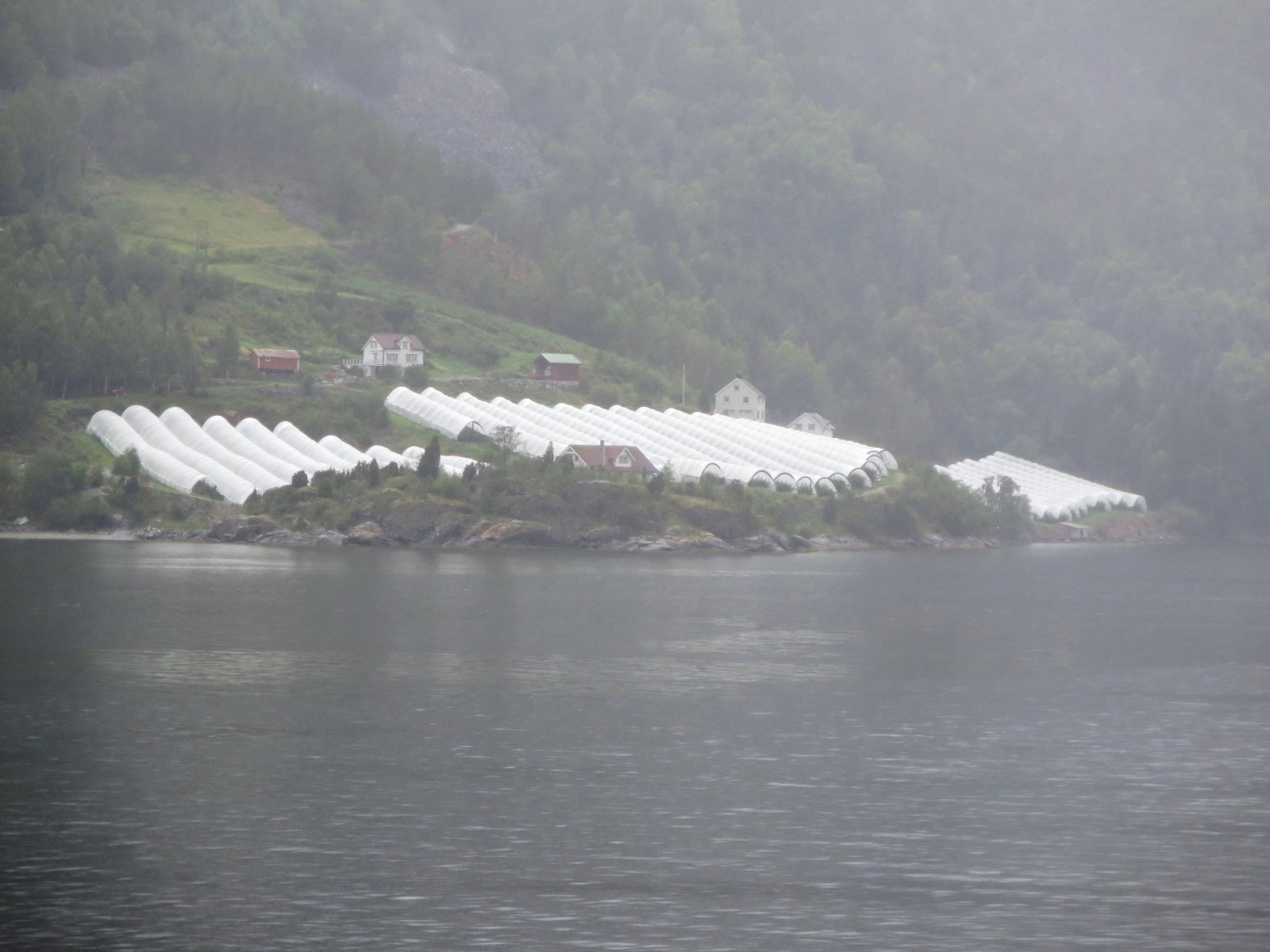 The ferry makes a short stop at Frønningen to pick up these vehicles. 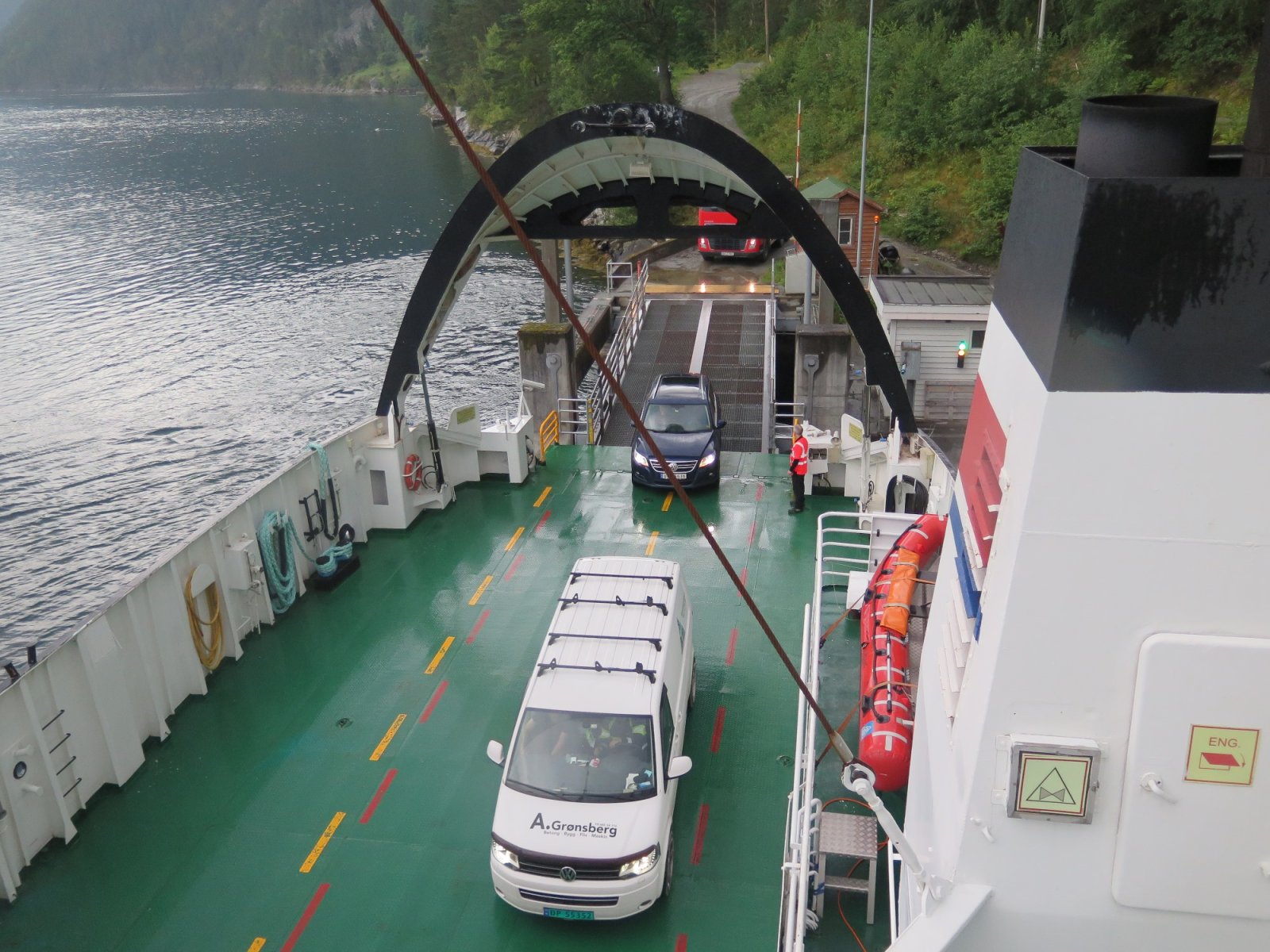 Frønningen’s road does not connect to any others. The ferry is its only connection to the outside world.

Approaching Kaupanger (A in center of map): 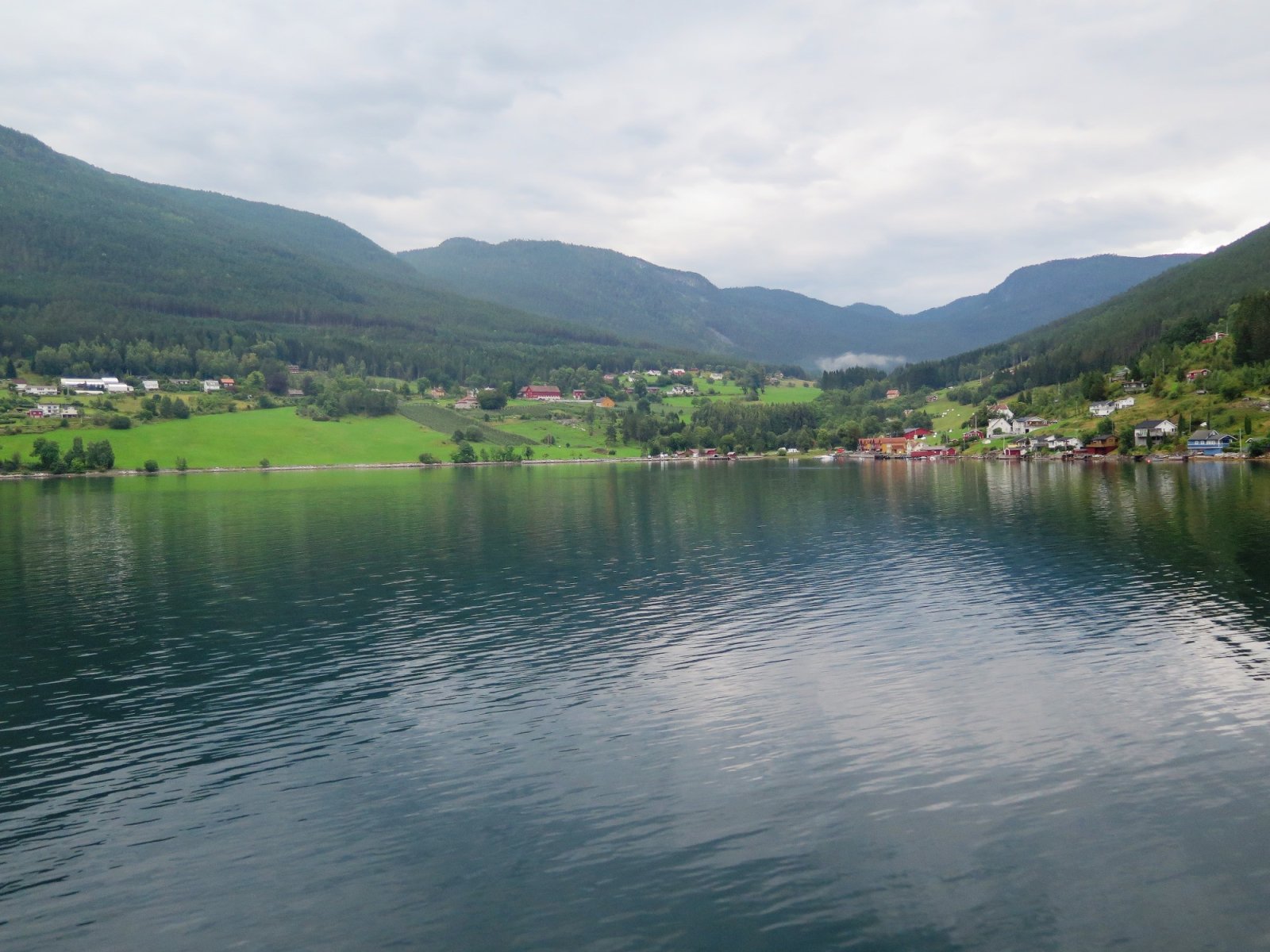 This bridge is at Sogndal, on the way to our hotel in Solvorn (B on map). 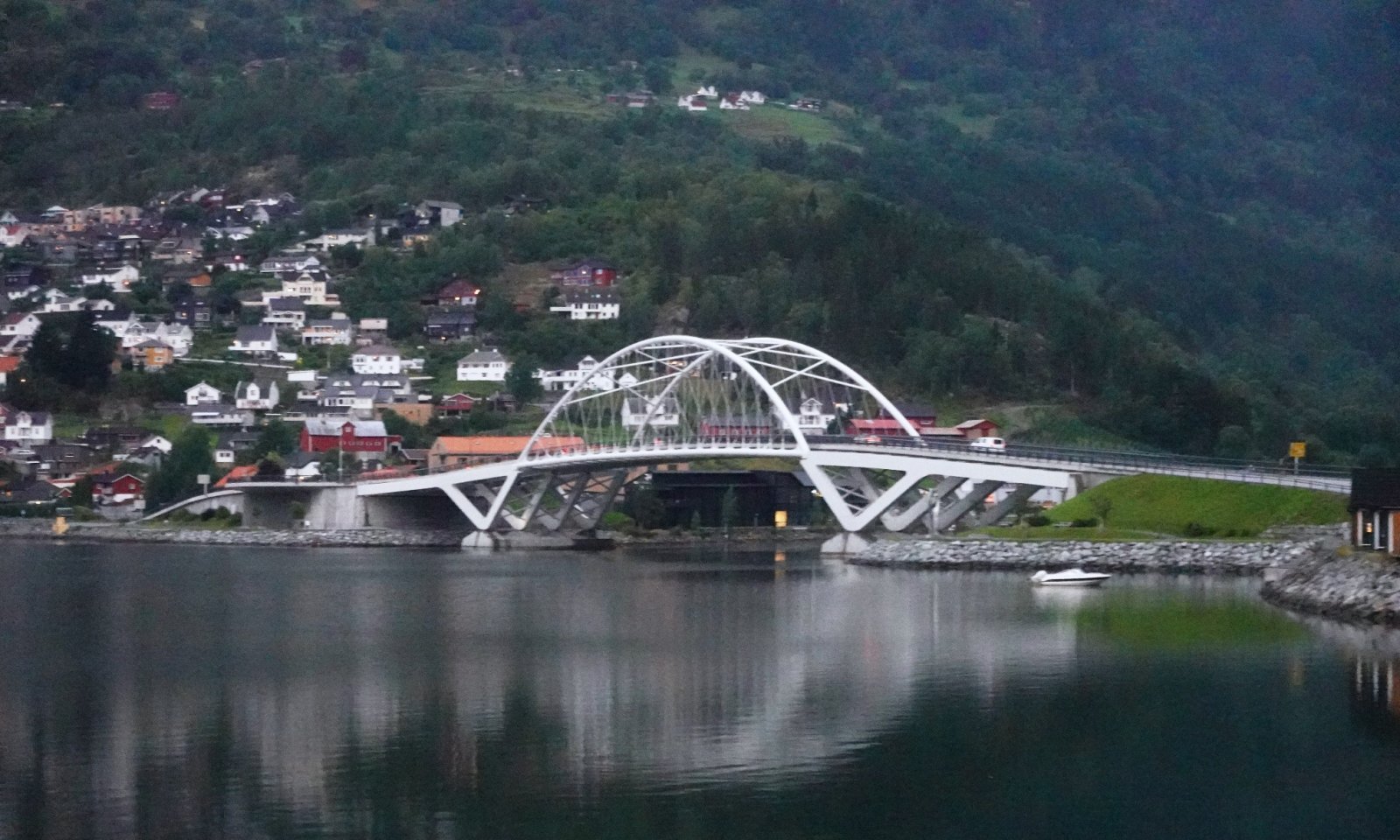 Tony Crocker said:
About halfway on the descent is the Stegestein viewpoint (H on map).
Click to expand...

It's interesting that I once spent a month going quite a lot of places in Norway and yet very few of the same places as you...

Although I was on a Eurorail pass vs your driving so my itinerary was chosen at least in part on that.

Staff member
We had the Rick Steves guidebook, which recommends the "nutshell" tour for those using public transit. That involves visiting mainly Oslo and Bergen. On a travel day between them, he recommends train from Oslo to Flam, scenic boat ride through the Aurlandfjord and Nærøyfjord, bus from Gudvangen to Voss, then train to Bergen. For anything north of the Sognefjord you need a car.

I don't recall 100% of the place names, but we went as far north as Bodo, above the arctic circle via train. I would think in a place like Norway the trains still run pretty far north, but maybe I'm wrong.

Also Trondheim area, Bergen, Geiranger (required a bus trip as well as train), Rauma, Oslo, Hamar, Lillehamar, Oppdal (with ski area summer gondola ride), and stayed in some suburb north of Oslo with friends. There were other place names I've long since forgotten.

Of course my current company happens to have an office in Kongsberg just a bit west of Oslo.

Staff member
Yes it would figure that trains would run north from Oslo to Oppdal and Trandheim. North of Trondheim Norway is narrow and the fjords don't penetrate inland very far so the rail line can continue. South of Trondheim the fjords are much longer, and since they can be thousands of feet deep the larger ones are a barrier to road and rail travel and dependent on ferries to cross them.

Geiranger is probably the most famous scenic fjord so no surprise that's where EMSC diverted from his rail pass. We found a car ferry for that one too on Aug. 30, which will be in my next TR.

We did not have time to visit Oslo's ski jump museum on Aug. 23 (because we were skiing!), so we stopped by for a couple of hours on Sept. 2. 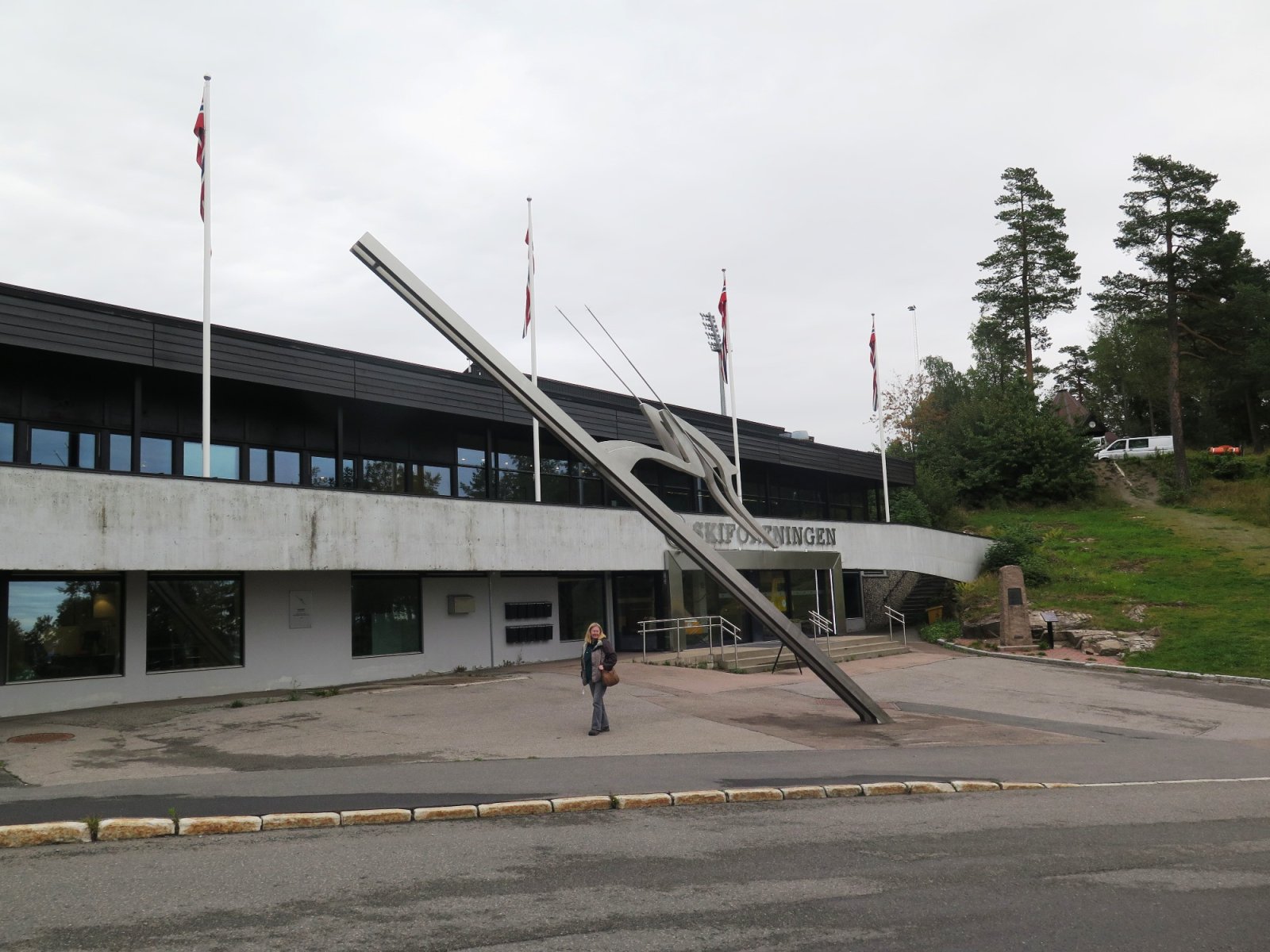 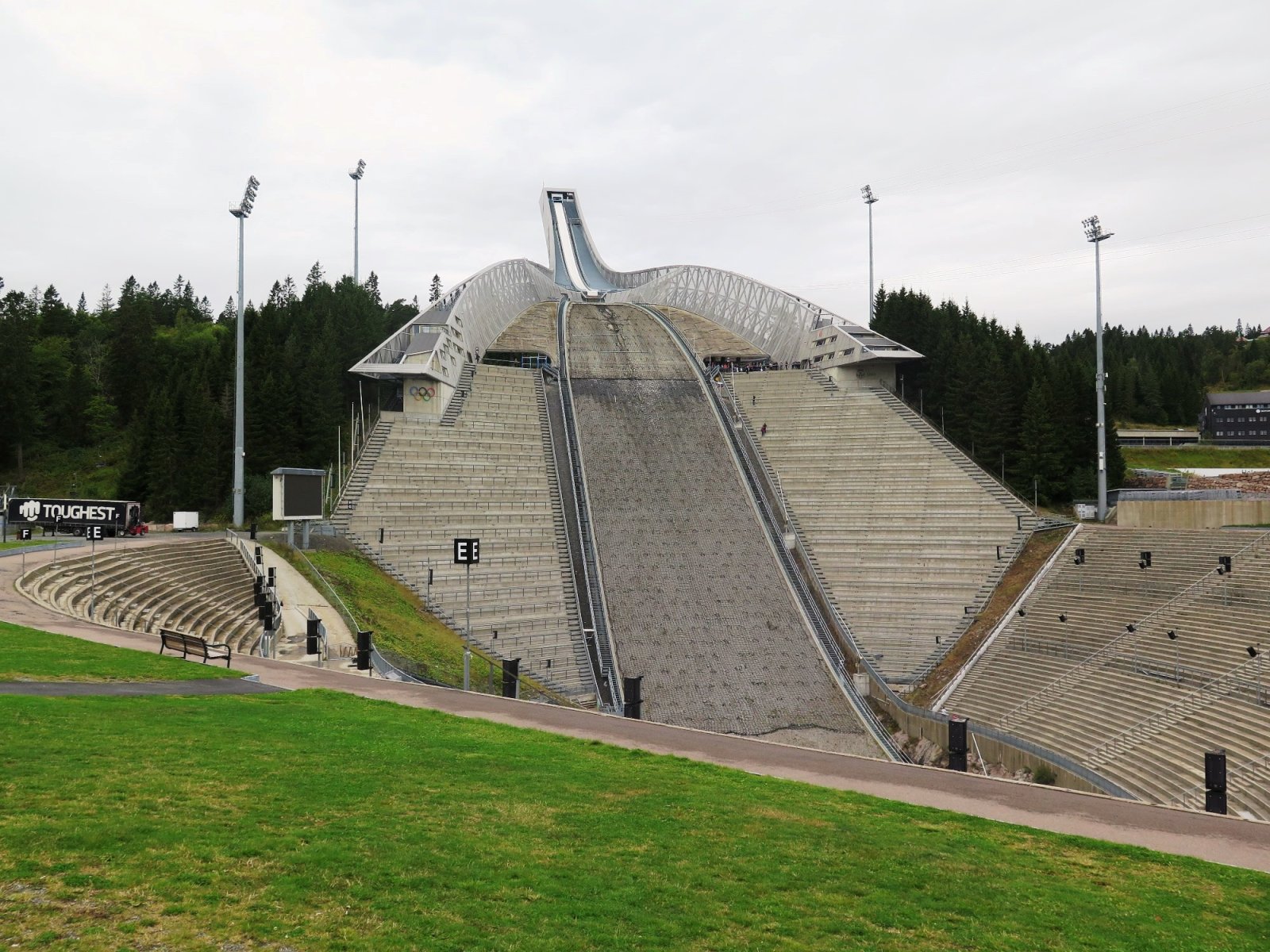 Inside are exhibits on early skis. 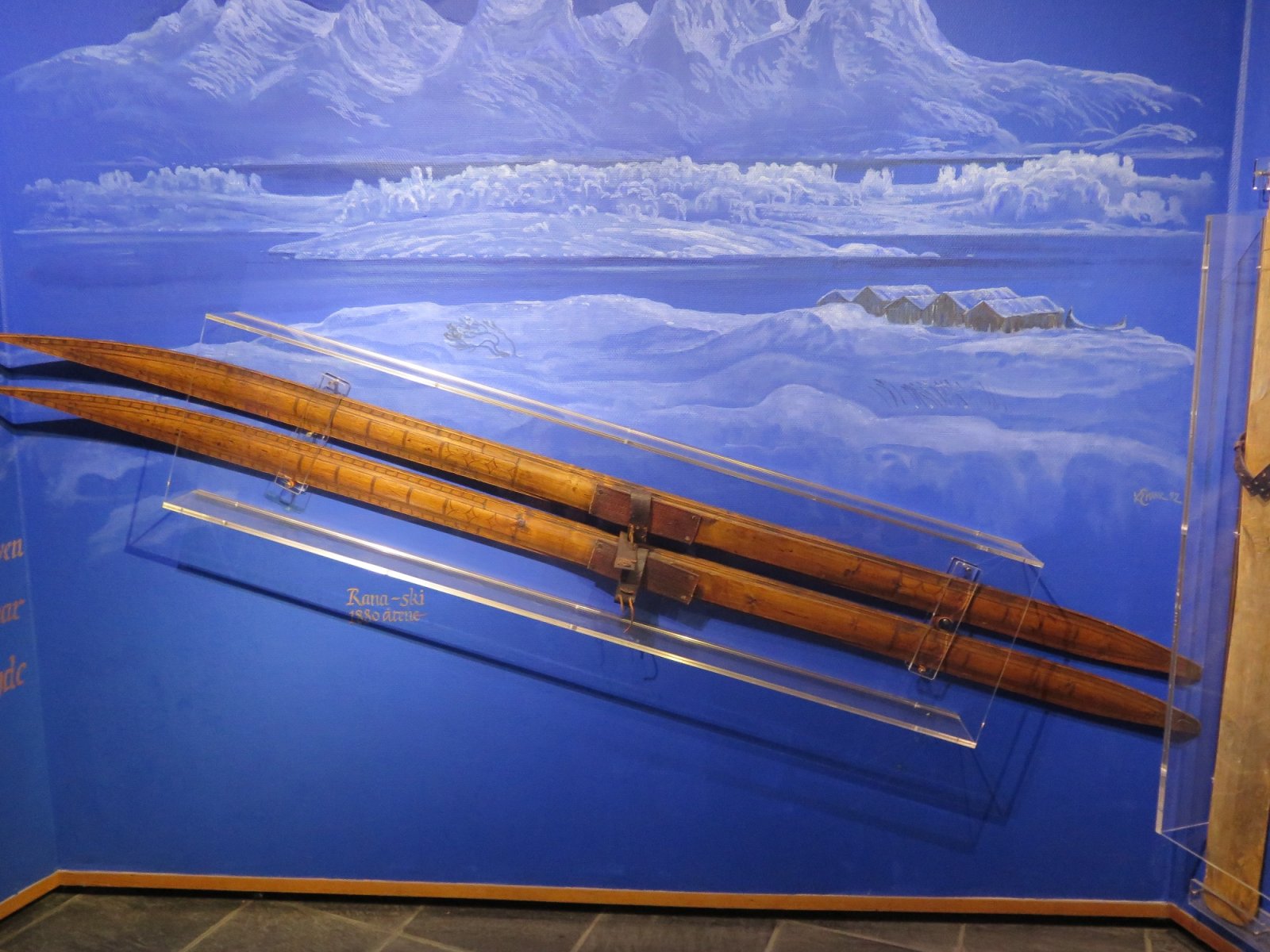 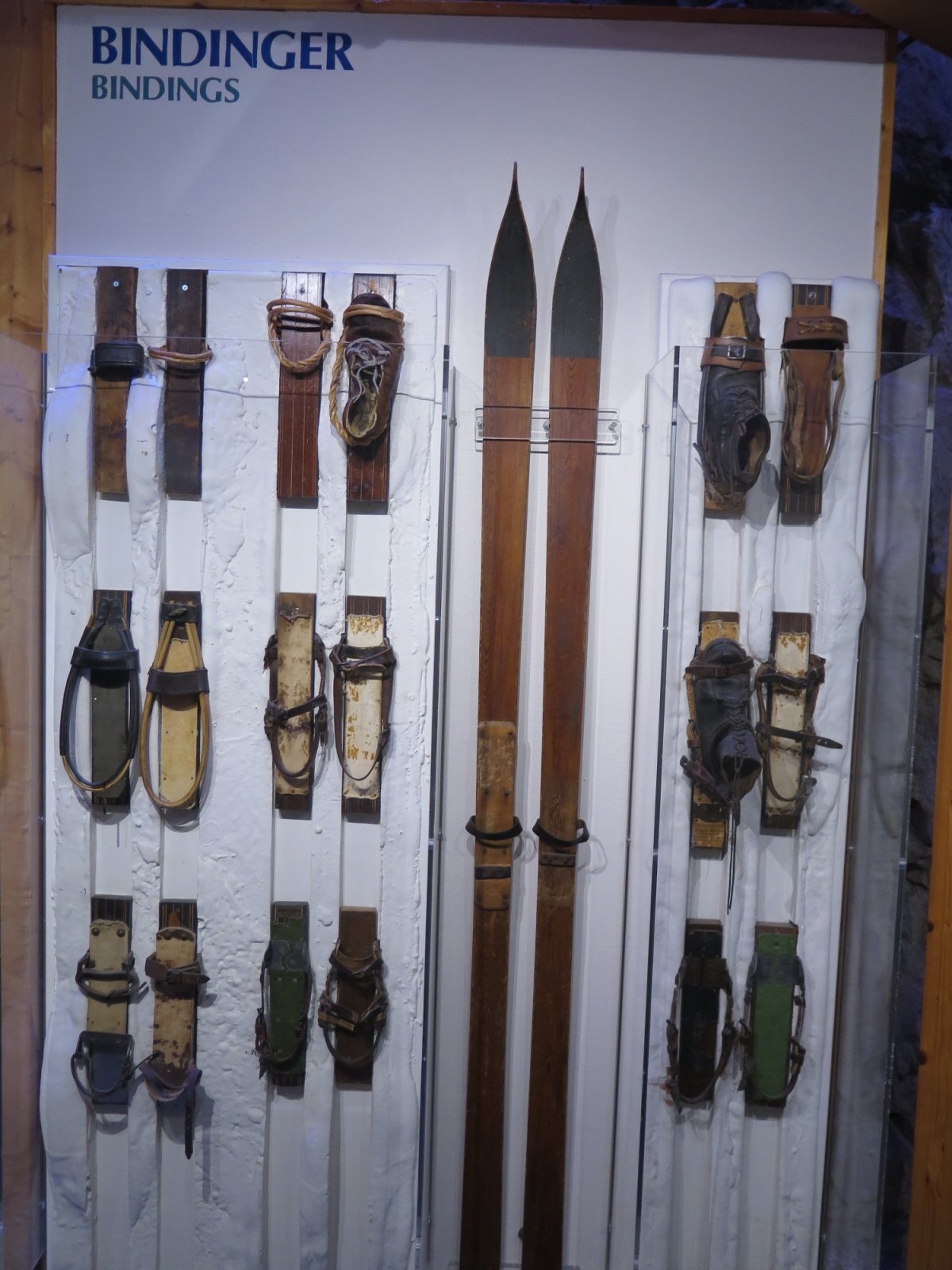 And why skiing is so important to Norwegians: 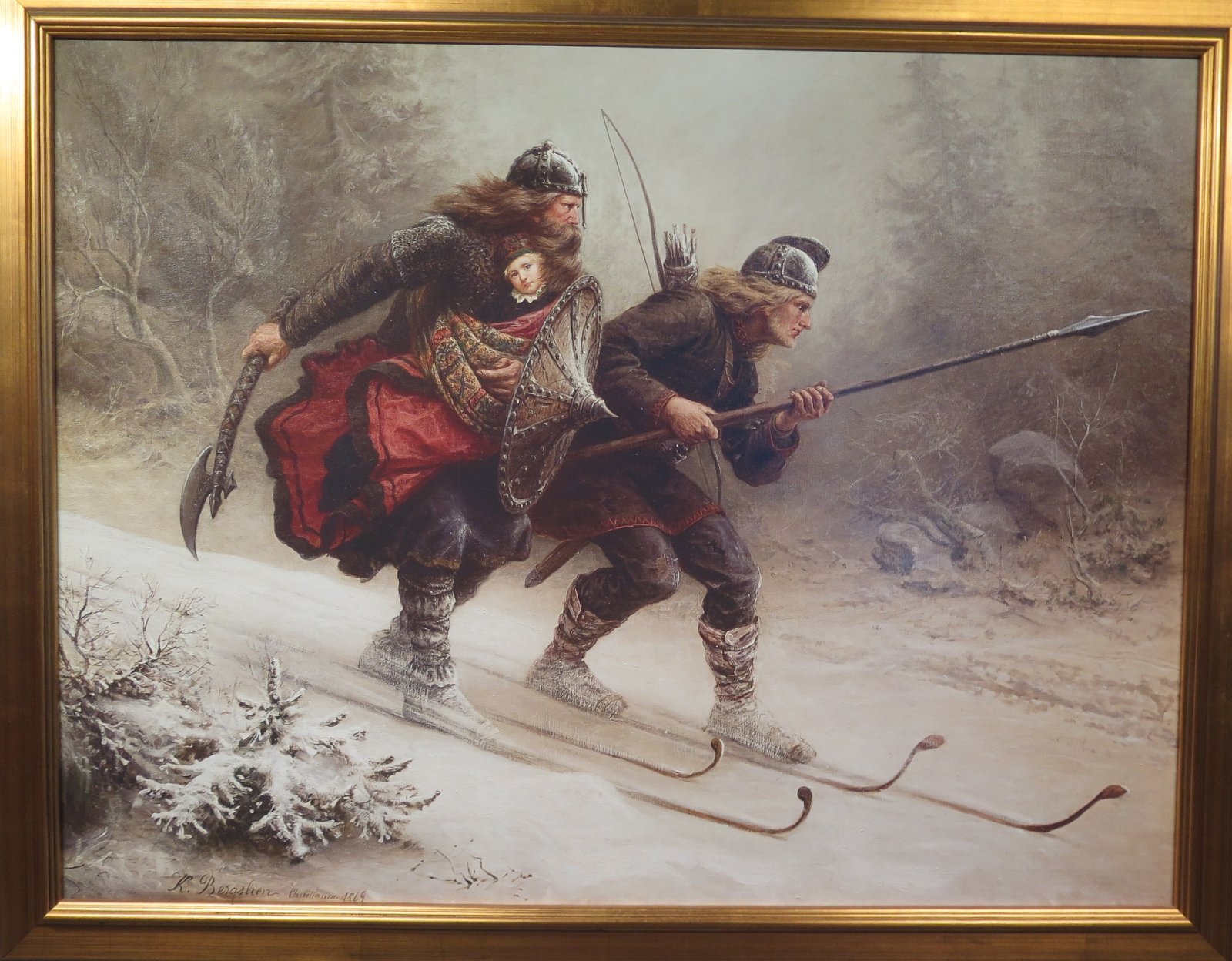 There's a funicular up to the top of the ski jump. View down with zipliners: 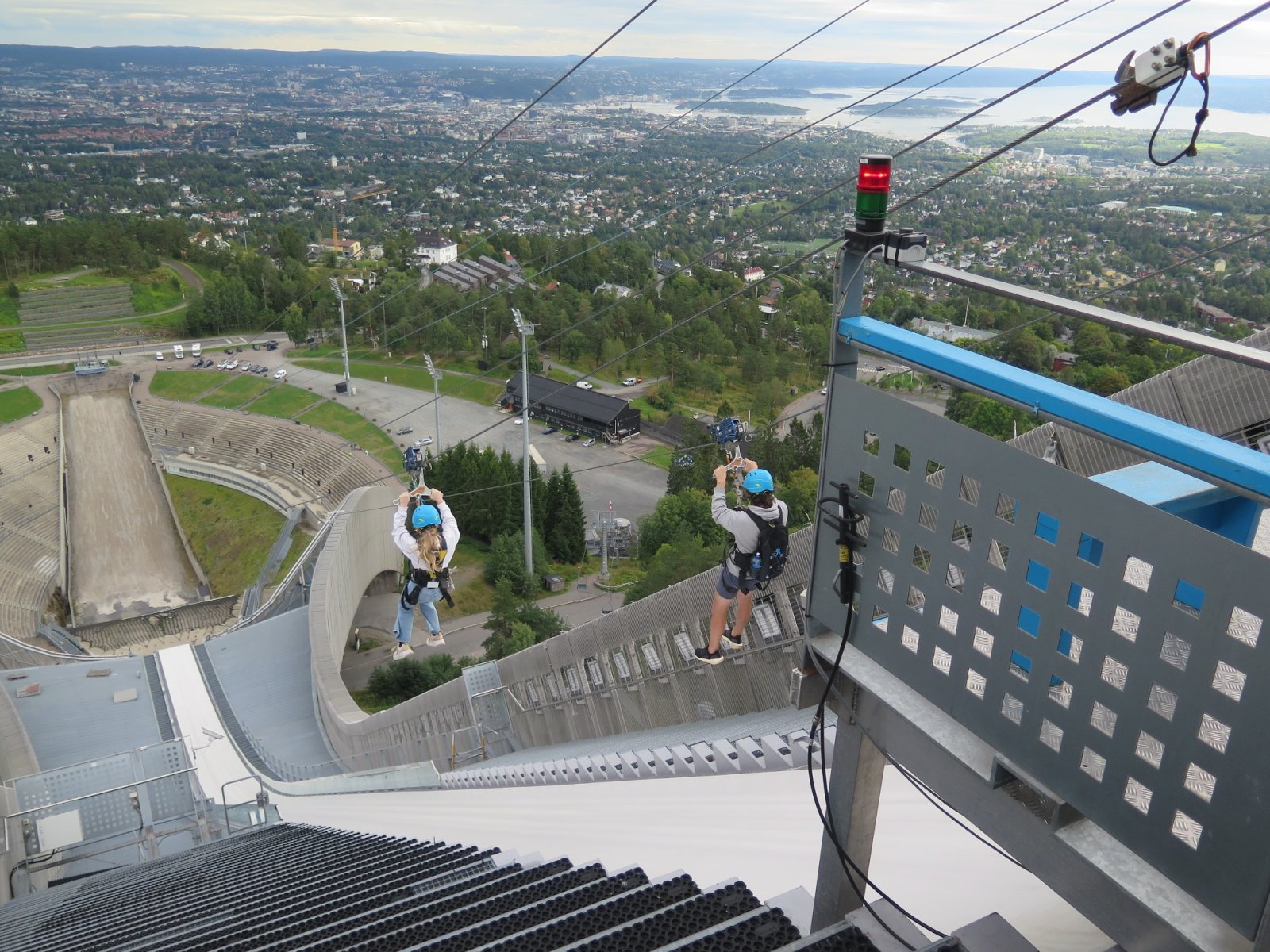 The Holmenkollen hill was first used for ski jump competitions in the 1890's. Structures have built or remodeled 19 times between 1910 and and 2010, and it was used in the 1952 Olympic Winter Games. Holmenkollen is also used as a training facility. 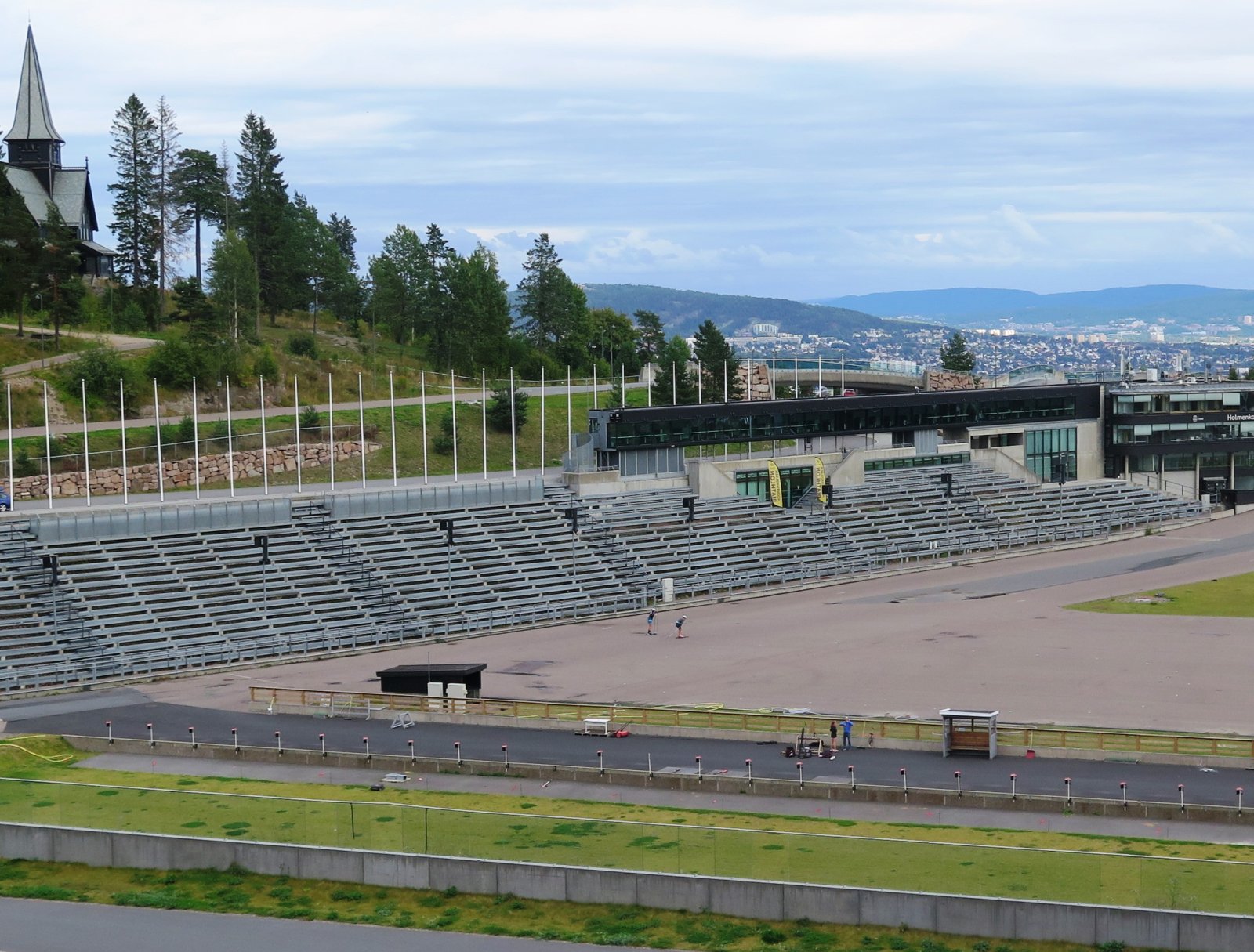