Staff member
I knew from my previous trips that Treble Cone had New Zealand's best lift served steep terrain so I used the free day to go there on my own. Most of this is in southeast-facing Saddle Basin, which now has a conventional quad of 1,300 vertical. Saddle Basin spreads out and offers a tremendous variety of open bowls and chutes, about as interesting a 1,300 vert terrain pod as I've skied anywhere. So I was there from 10:45AM - 1:15PM and again for an hour before its 3:30PM closing. On my second run there I went through a gate far skier's right into Hollywood Bowl, which eventually drains into several precipitous chutes of close to 1,000 vertical. These end below the lift so even with the highest possible traverse out I had about a 10 minute hike. There are several shorter chutes within Saddle Basin, but of course the sidecountry ones had softer snow left over from Monday's storm.

Coming back from Saddle are a few 500 vert steep faces above the main chair, a high-speed six of 1,680 vertical. This chair serves some groomers and some Coronet-type rolling hills and gullies. The chair faces almost directly east, so on this sunny day about 2/3 of the front side was sun-affected vs. less than 20% of Saddle Basin. Far skier's right of the frontside wraps around to a big north-facing bowl, which had good spring conditions when it I hit it about 1:30 on the way to lunch. On the lower mountain shaded gullies often had hardpack, and in late afternoon the lower part of the groomers got fairly hard from skier traffic.

This was a Saturday so there were noticeable weekend skiers. Saddle Basin ran a lift line up to 8 minutes as it's not high speed and it had the best snow. Nonetheless I skied 23,200 (a record for August) between 10:15 and 3:45. The public bus from Queenstown takes about 2 hours each way, so independent advanced skiers should base in Wanaka, which is less than half as far from the ski area. In terrain quality Treble Cone belongs in the conversation with the better mid-size areas of western North America like Kirkwood, Taos, Crested Butte, Red Mt. However it almost certainly gets less snow than the 210 inches averaged by Mt. Hutt. Treble Cone keeps some stats, but they are not yet computerized and I'm not sure whether I will get them.

I'm curious what impact that lift in the Saddle had on snow conditions. When I was there, it was fixed-double to T-bar to snowcat. I was there in late-September when they hadn't had much snow in a while and the surface was still great and pretty much mogul-free. With a quad, is it bumped up? Do they, shudder, groom it?

Staff member
Saddle Basin was so wide open I wouldn't define anything as bumped up. Mine Shaft looked bumpy but the bumps were far apart and you could always ski the banked smooth sides of the run if you preferred. Very little groomed except trails coming from or going to the frontside.

If that old lift system had been in place on Saturday the lines would have been horrendous. Some people would like the quad to go high speed as the line was 8 minutes. There's a lot of terrain there to spread people out. Of course in leaner years like my previous visit in 1997 skiable lines are more constrained. 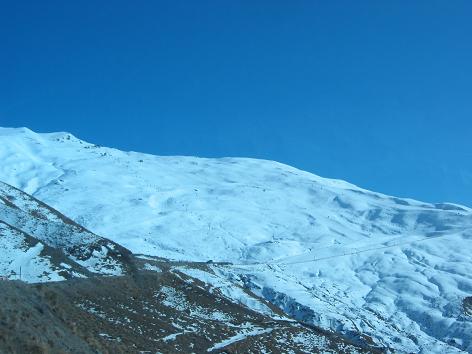 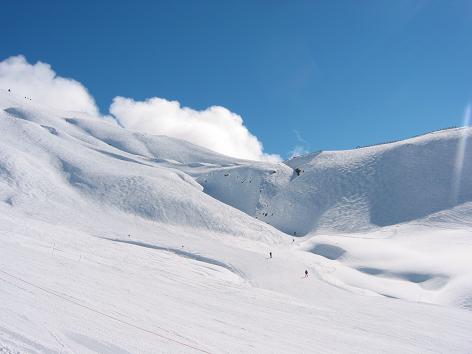 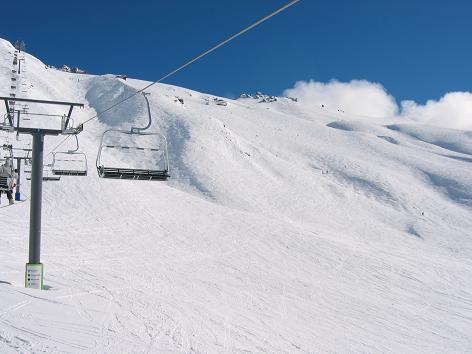 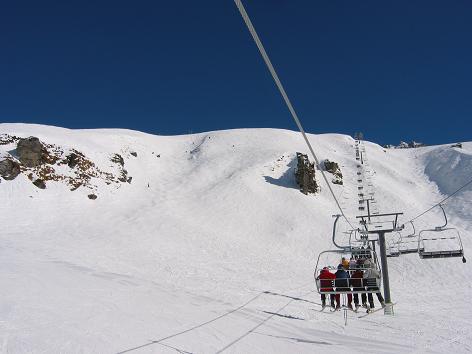 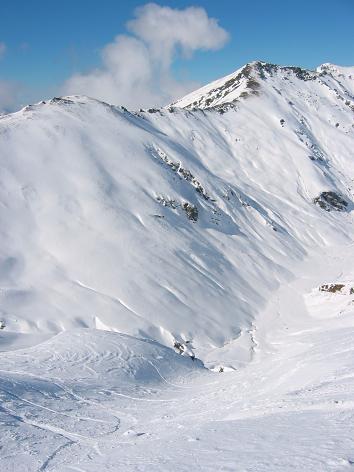 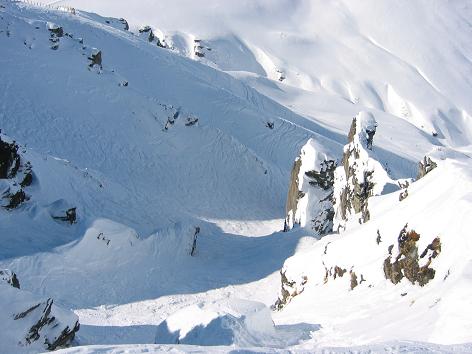 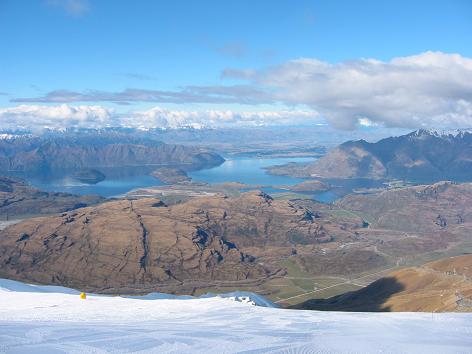 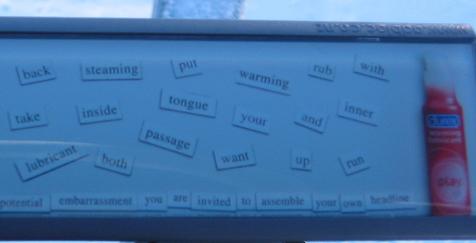