Switch to full style
Resort and backcountry skiing and snowboarding in the western US and Canada, including our famous reader-submitted No-Bull Snow Reports.
Post a reply
Admin

For the latest weekender I headed to the North Slope of the Uinta Mountains for a little lakeside relaxation.

Friends Dale and Pat accompanied me with my dogs. The higher elevations along the Mirror Lake Highway (UT-150) are still off limits as despite warm temps the past few weeks, several feet of snow still cover the ground there and lakes are still mostly iced over. Coming into the North Slope via southwestern Wyoming, however, gave us the chance to follow USFS forest roads to Lyman Lake at 9,200 feet, well before the road became impassable further in. 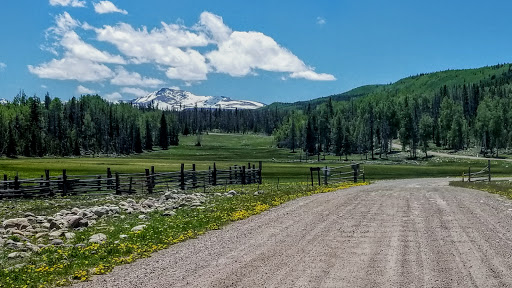 Crossing back into Utah from Wyoming. We'd see a moose in the background meadow on our way out. The mountain in the background is 13,166-foot Tokewanna Peak, one of 22 Uinta peaks over 13,000 feet if you define a peak by at least 200 feet of clear prominence. By contrast, the highest peak in the Wasatch is Mt. Nebo at 11,928 feet.

Getting there was mostly on graded gravel road, but from the point where FR-58 split from FR-65, FR-58 was an unimproved road littered with large rocks, erosion holes and ruts for the last 3 or 4 miles to the lake, so the final push was slow going. 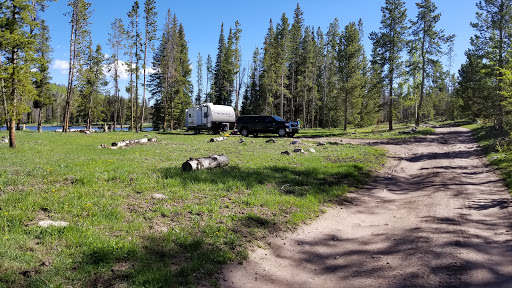 For the last 3 or 4 miles, the road looked like this.

It was worth the effort, however. One other small group was camped about an eighth of a mile away, well out of both eyesight and ear-shot. There were a few daytime visitors, but we were the only other overnighters. A strong wind kept us from pitching the awning, but otherwise the weather was gorgeous with highs in the low 60s and an overnight low of 38.4ºF. Sitting around the campfire, a scan of the nearby woods with a headlamp revealed many sets of eyes watching our camp from the plethora of deer in the neighborhood. 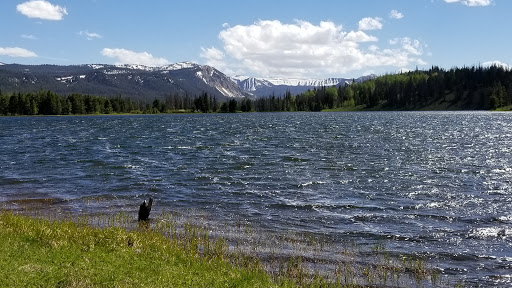 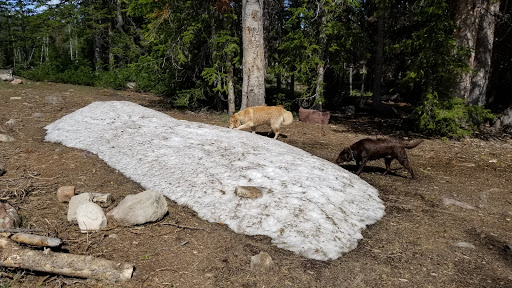 The girls find a patch of snow along the lake shore. 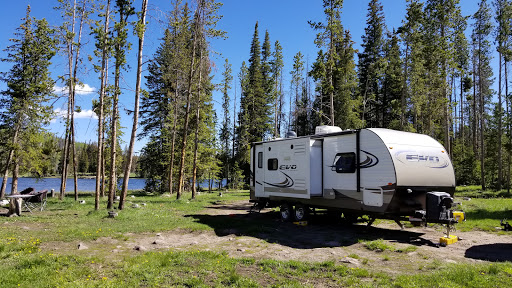 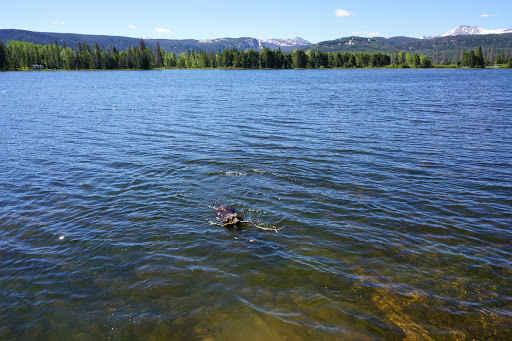 Zoe retrieves a stick from the lake. (photo: Dale) 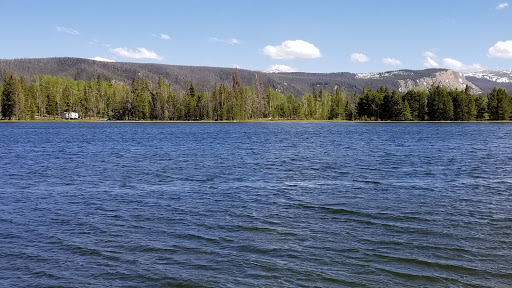 Our camp is visible across the lake. 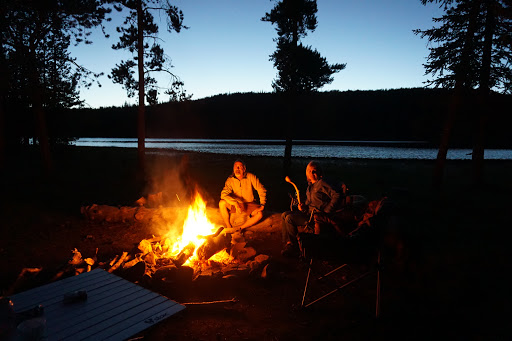 Yours truly and Pat beside our roaring camp fire. (photo: Dale) 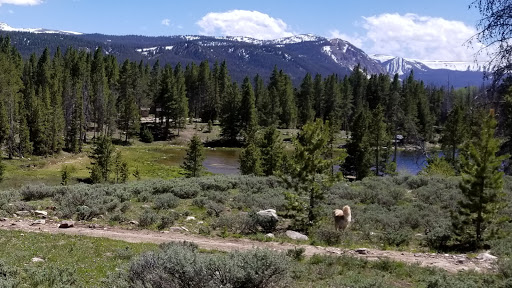 Maggie looks out across the nearby Little Lyman Lake. There's a USFS campground on the other side but it appeared unoccupied.

Another great weekend, and this time without causing any more damage to the TT.