Staff member
The Dry Tortugas are a group of islands about 70 miles west of Key West. Tours were shut down in March but resumed with precautions on June 3 at no more than half capacity. We were temperature screened before boarding the boat, masks were on except when we were on the island, and they passed out bags of snacks instead of the large buffet spread we were told used to be there. 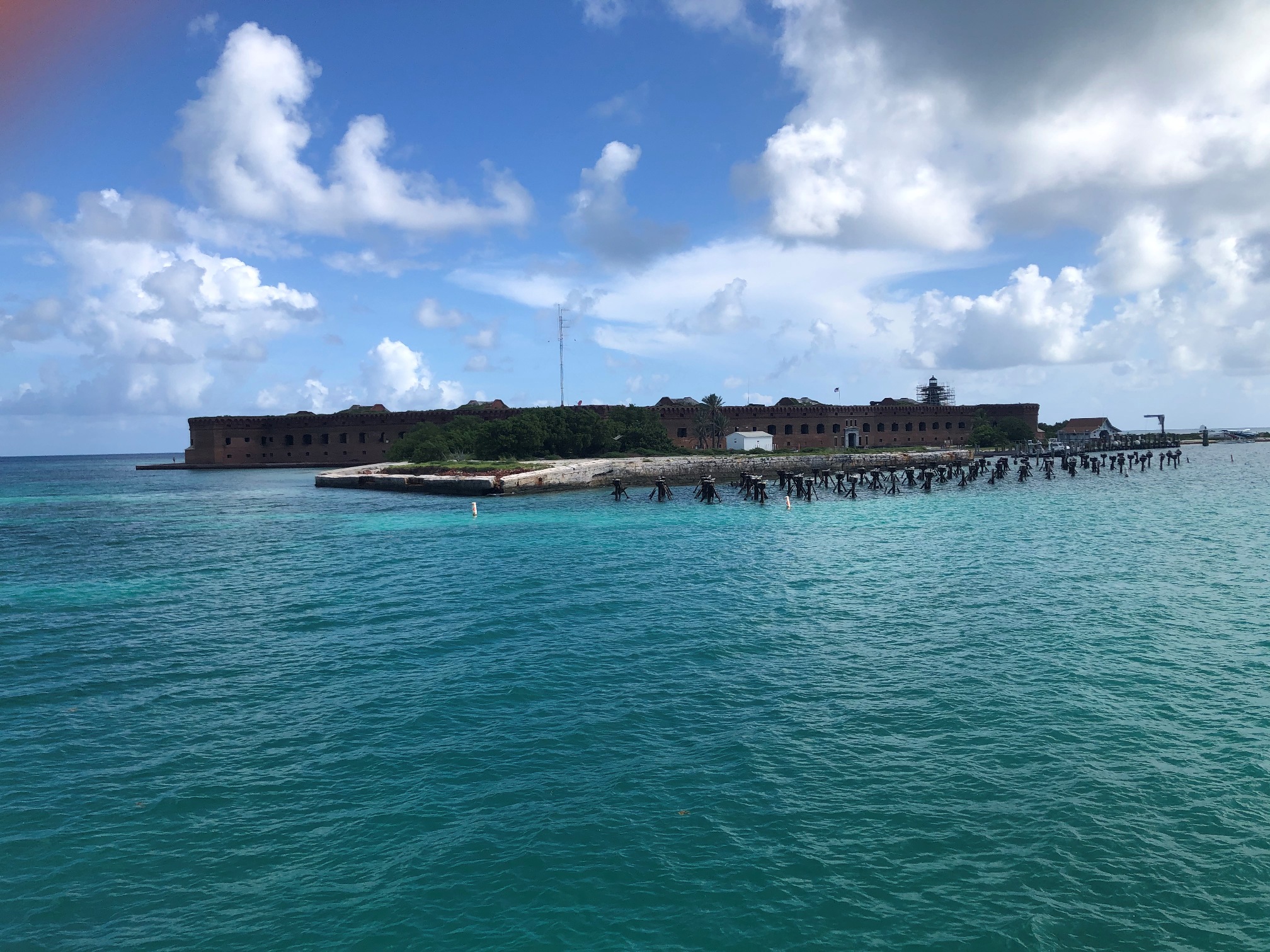 The boat is a fast catamaran to cover those 70 miles in a bit over two hours. It helps that the water inside the reef is very smooth. 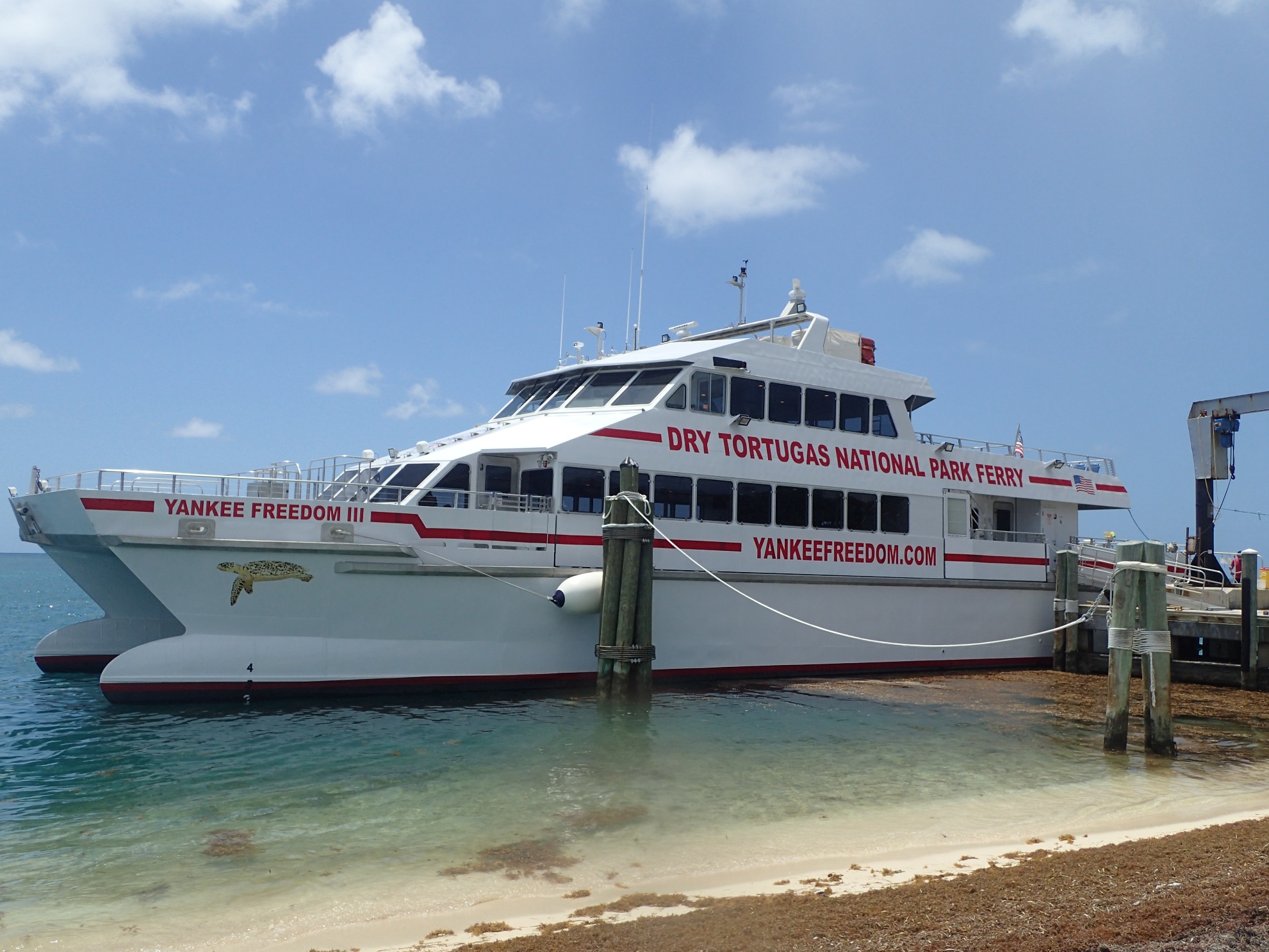 You can also tour the Dry Tortugas by seaplane. 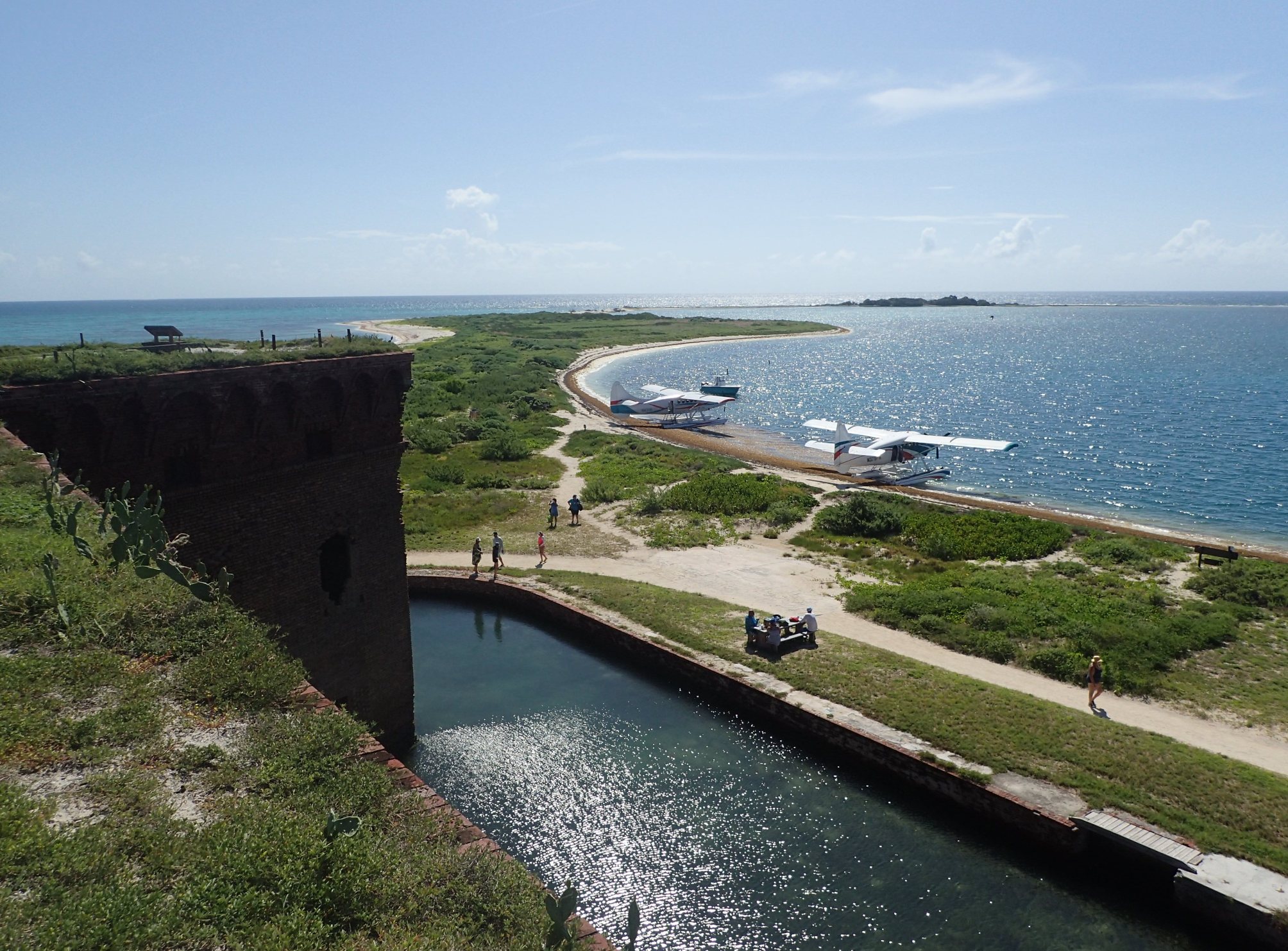 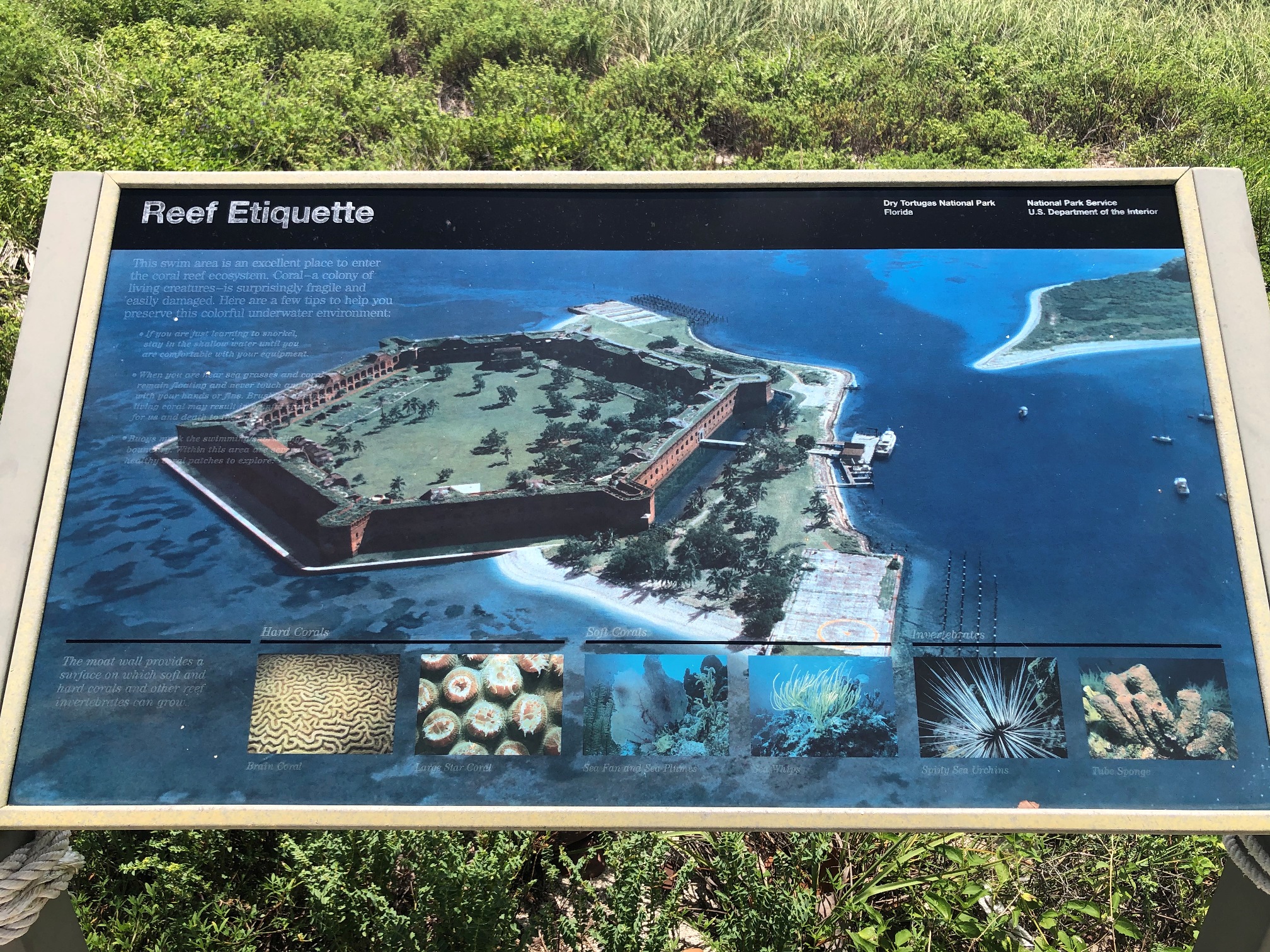 We had an enthusiastic guide, nicknamed "Hollywood," who explained the unusual history of Fort Jefferson. 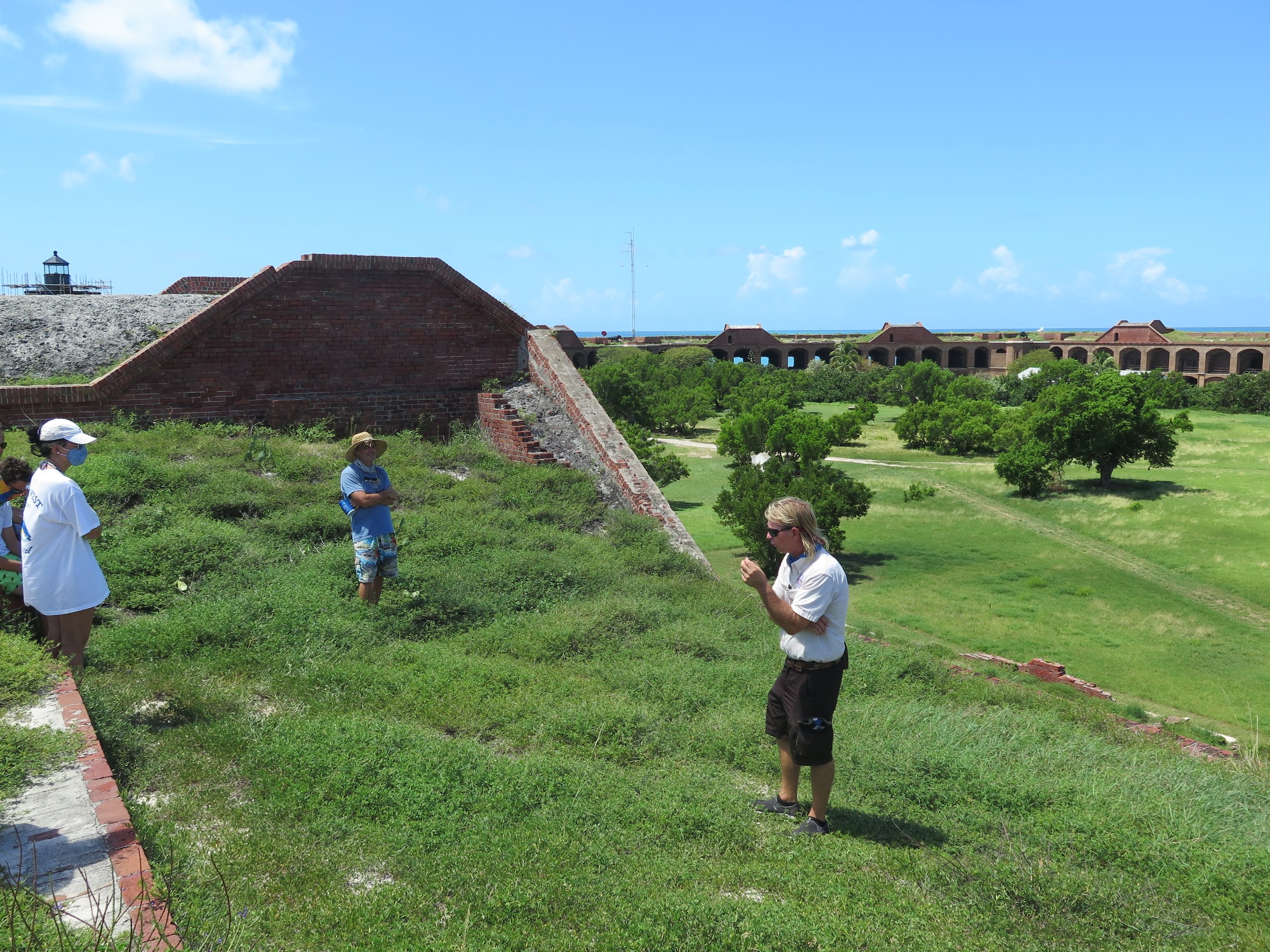 The Dry Tortugas look remote and serene now, but they were strategically important for three centuries. 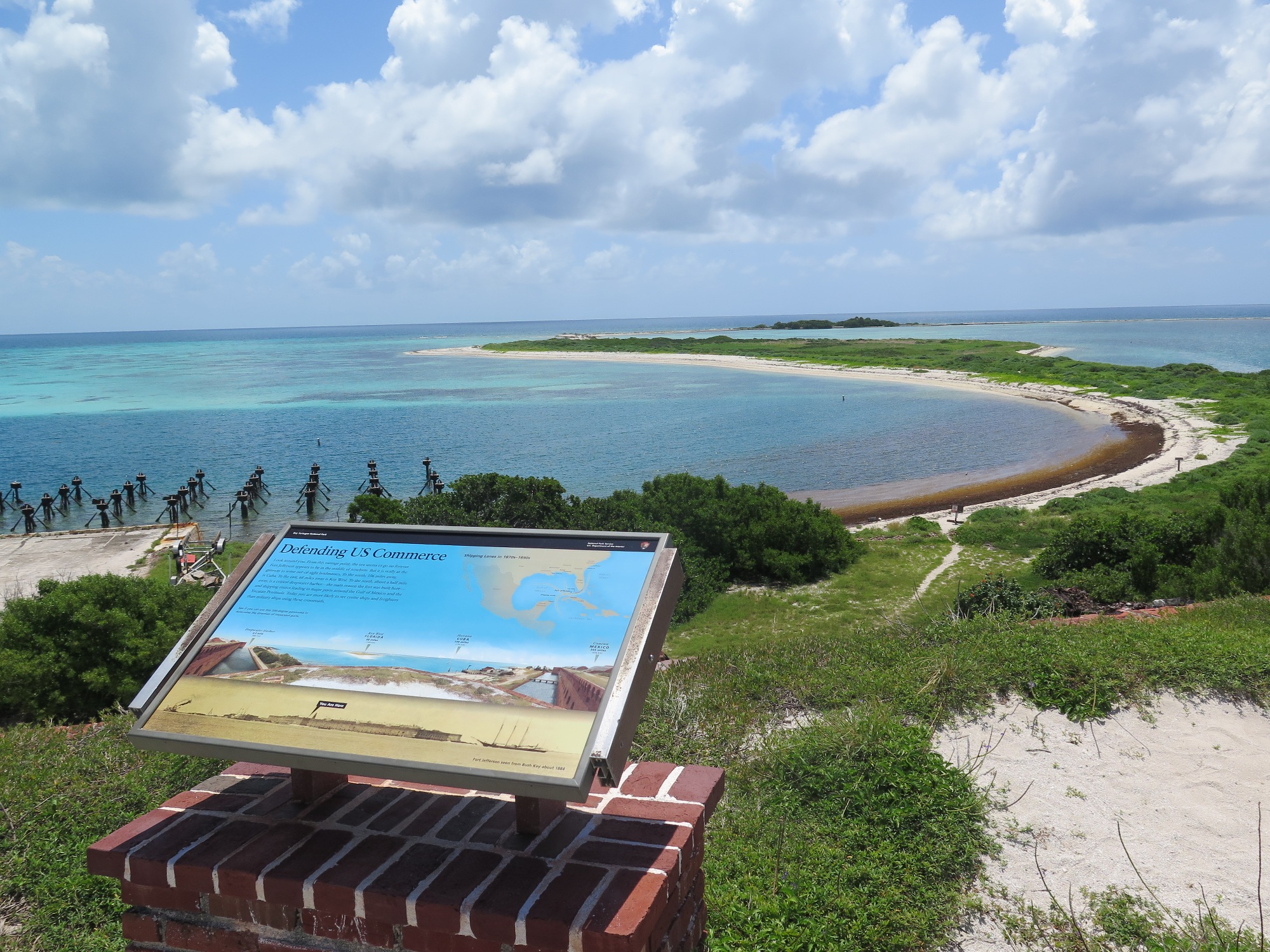 This was the first place that sailing ships of that era could safely pass through the coral reef barrier of the Florida Keys going between the Atlantic and the Gulf of Mexico and it also had deep water safe anchorages. Consequently the U.S. government after acquiring Florida built a lighthouse on Garden Key in 1825 and started construction of a state of the art fort in 1846.

Fort Jefferson has 16 million bricks, all brought in by boat, making it the largest brick building in the western hemisphere. 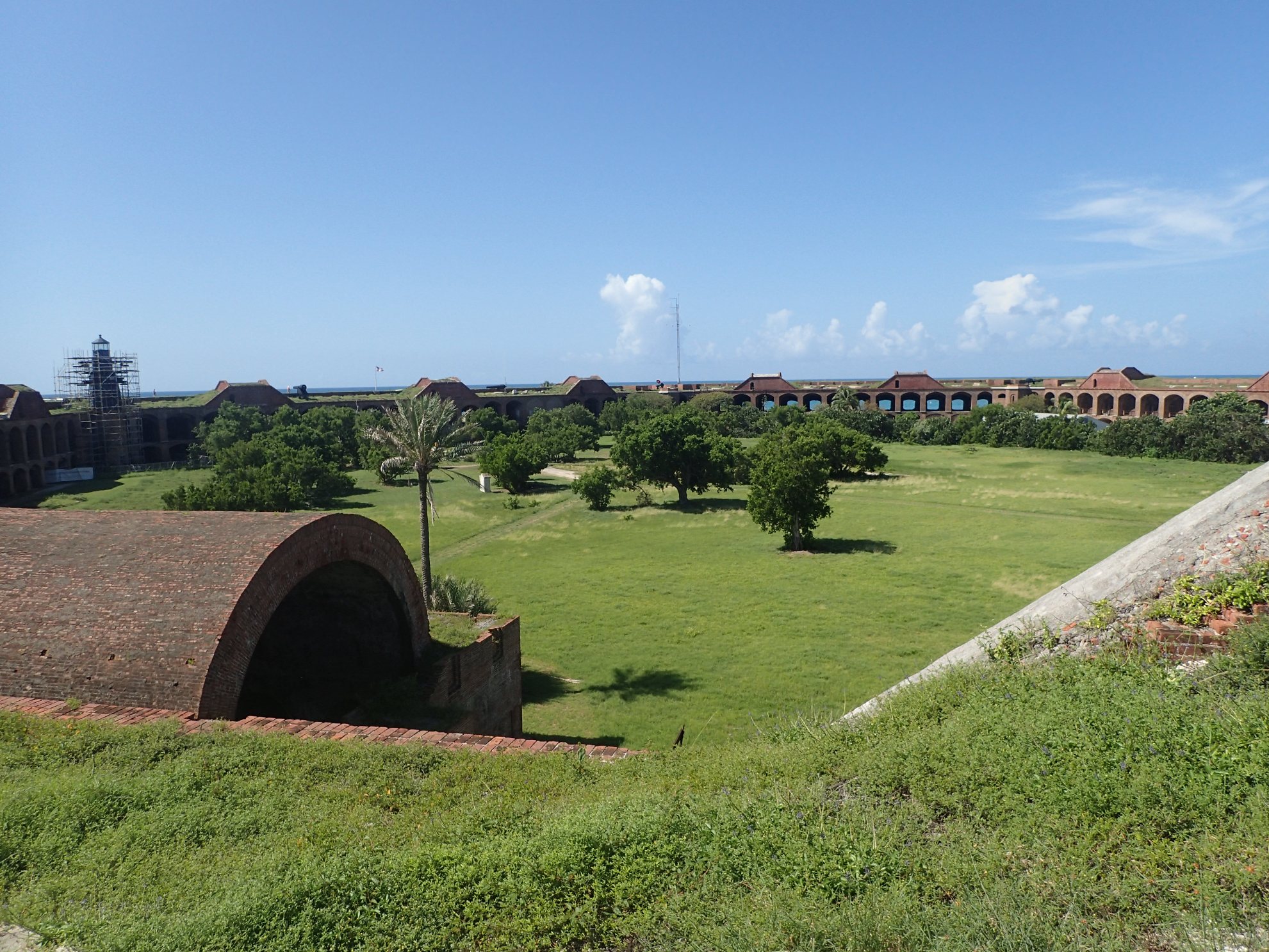 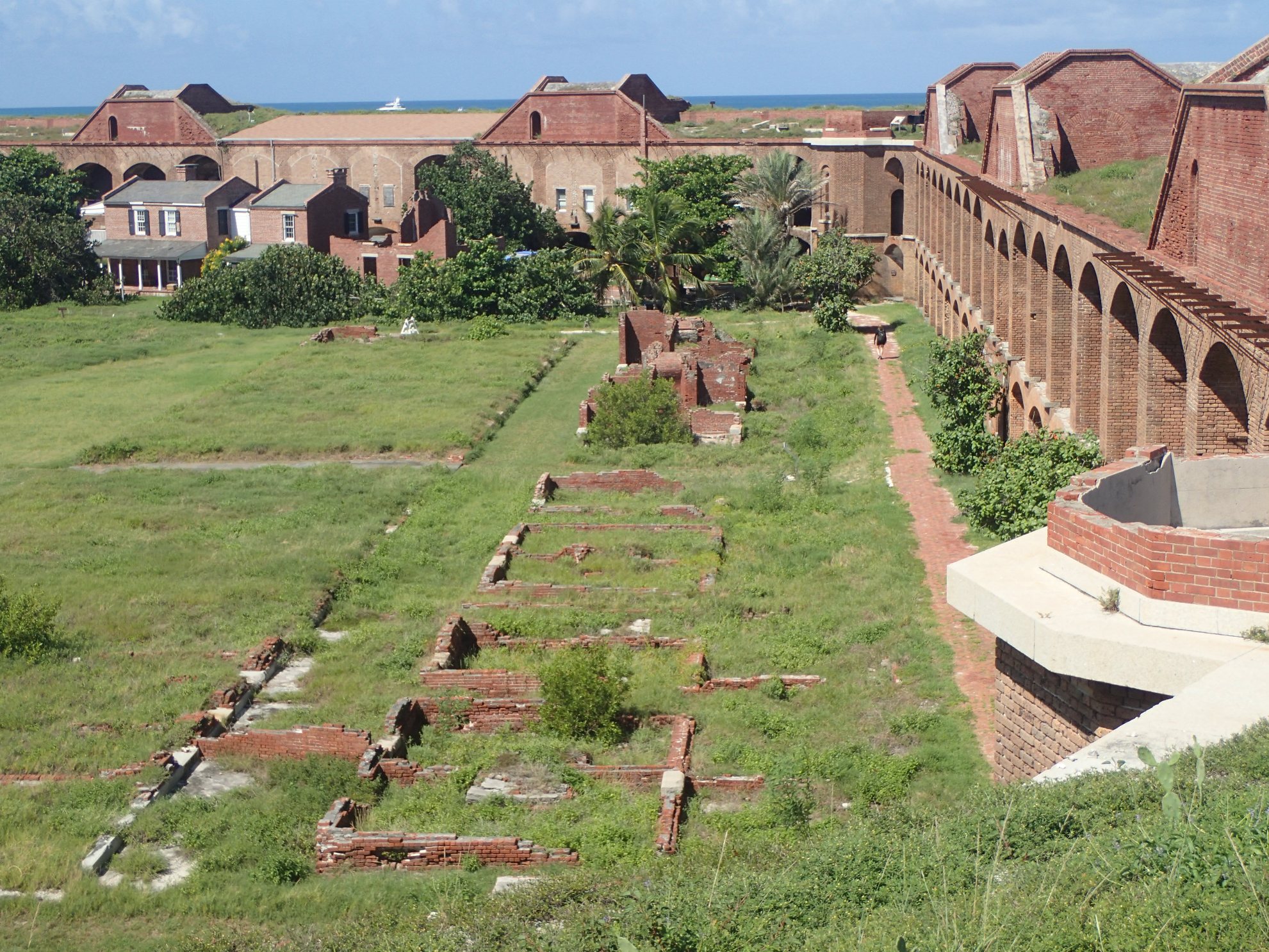 The bricks originally came from Pensacola, but the fort was not complete before the Civil War. 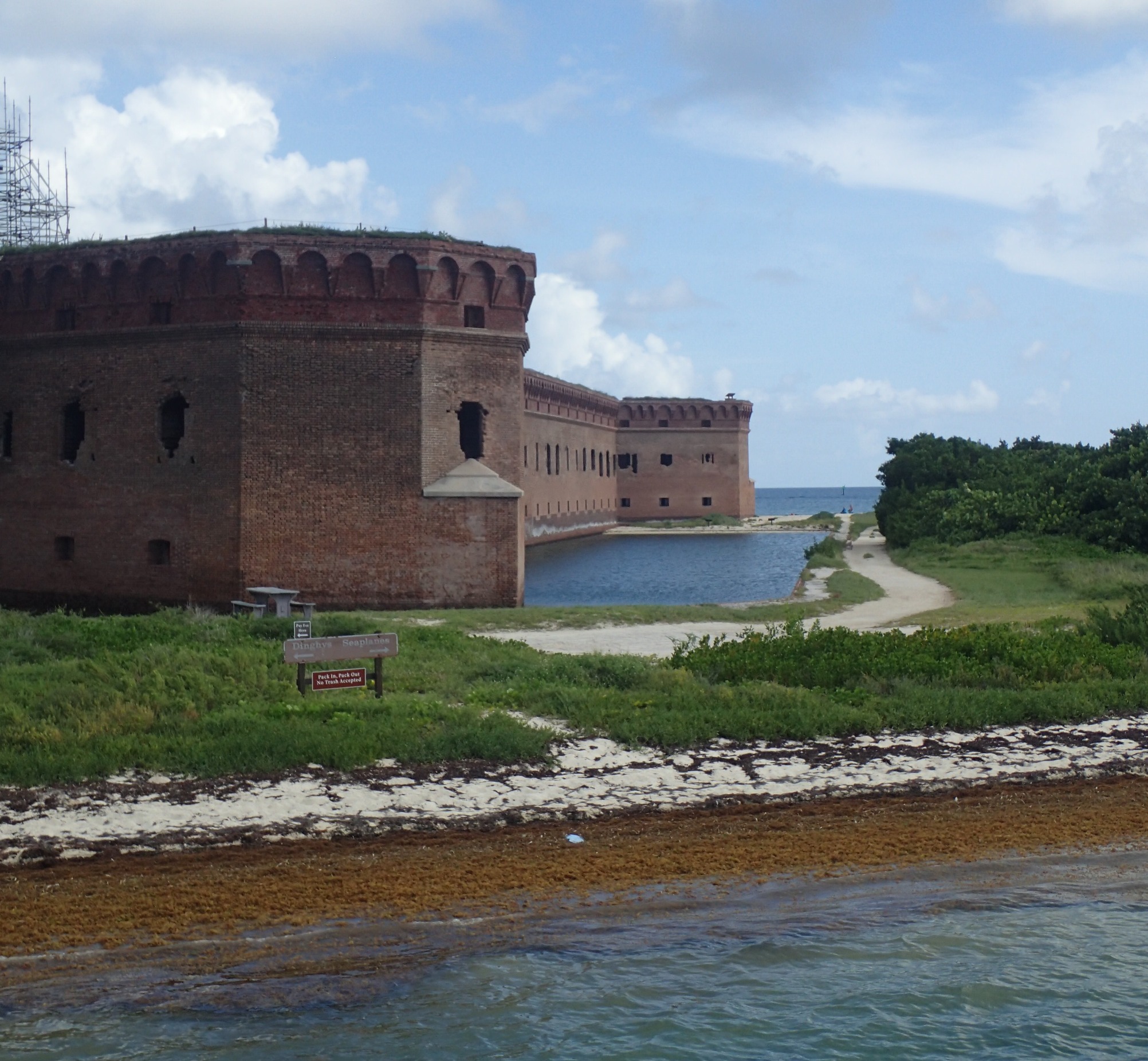 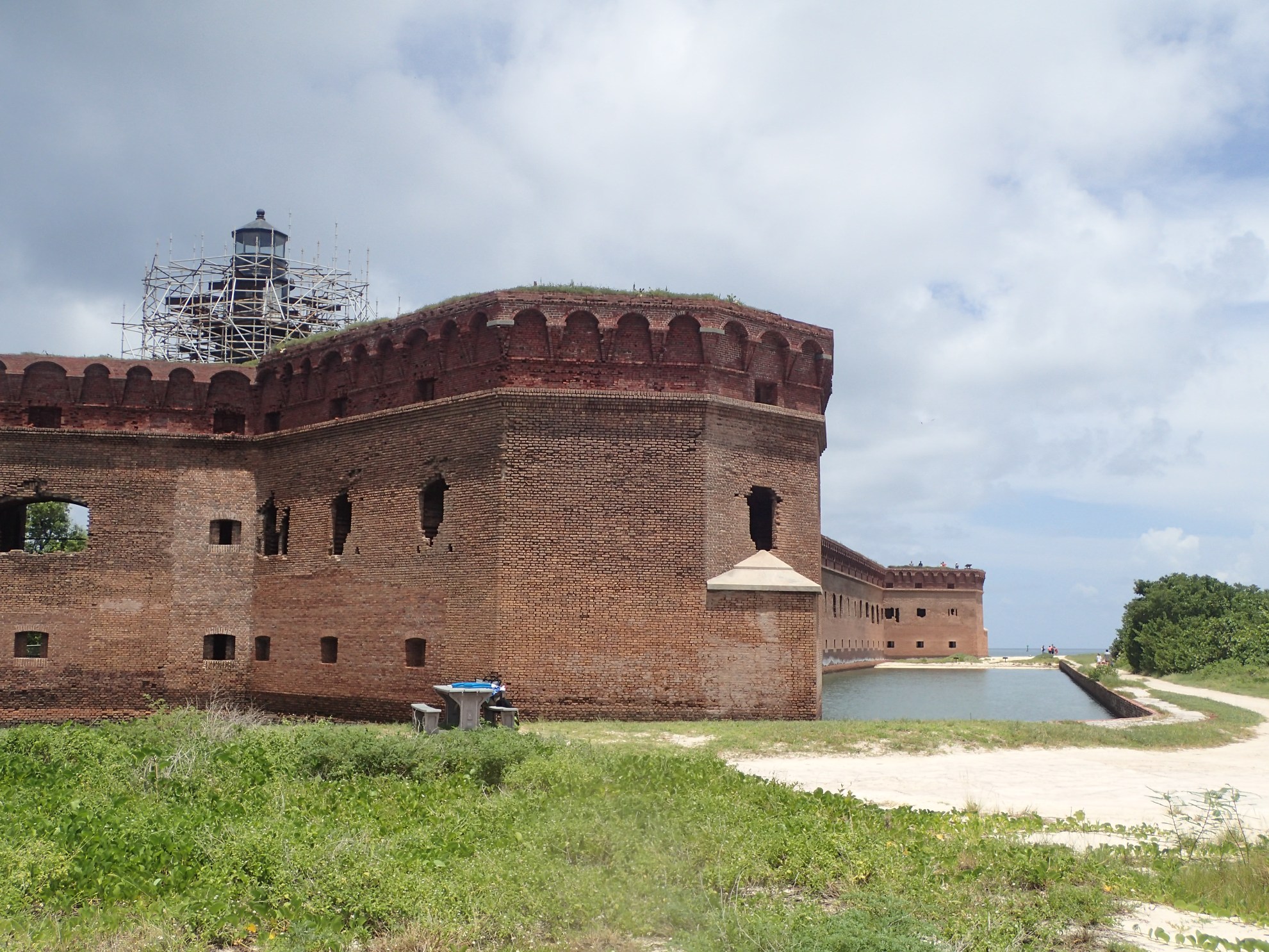 The redder bricks on top came from Maine during the war. When the war started Fort Jefferson was manned only by construction workers. A Union force of 66 soldiers arrived to control it only one day before a scout ship from Florida was bluffed into believing the fort was fully operational.

The arcs on the floor show the range a cannon could be swiveled to point at a target up to three miles away. The fort was designed to have 420 cannons.

A cistern system was designed to collect rainwater, but the bricks were so heavy that they cracked and let seawater contaminate all but two of them. 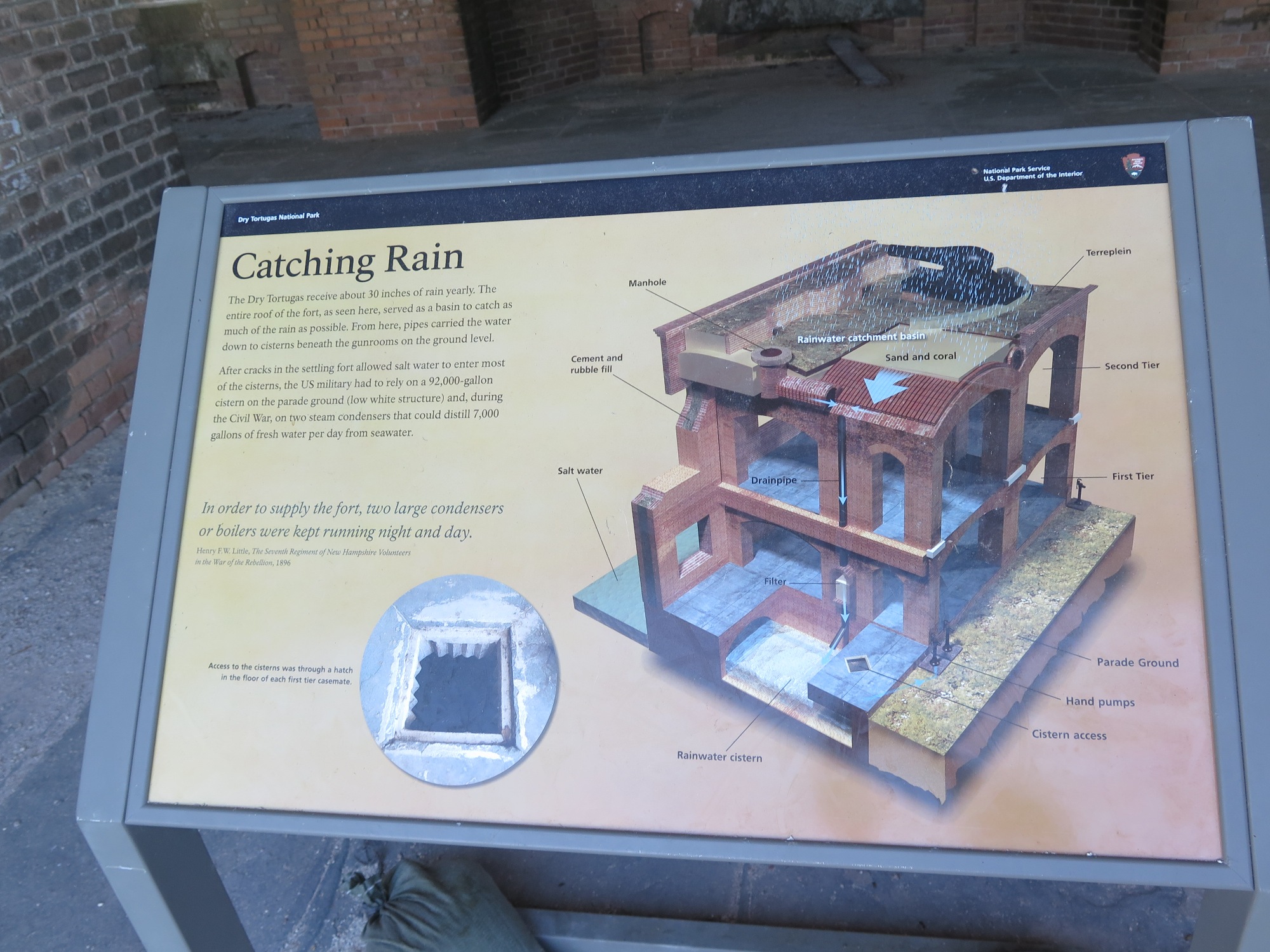 Views through a window and from above of the north beach where we will snorkel later. 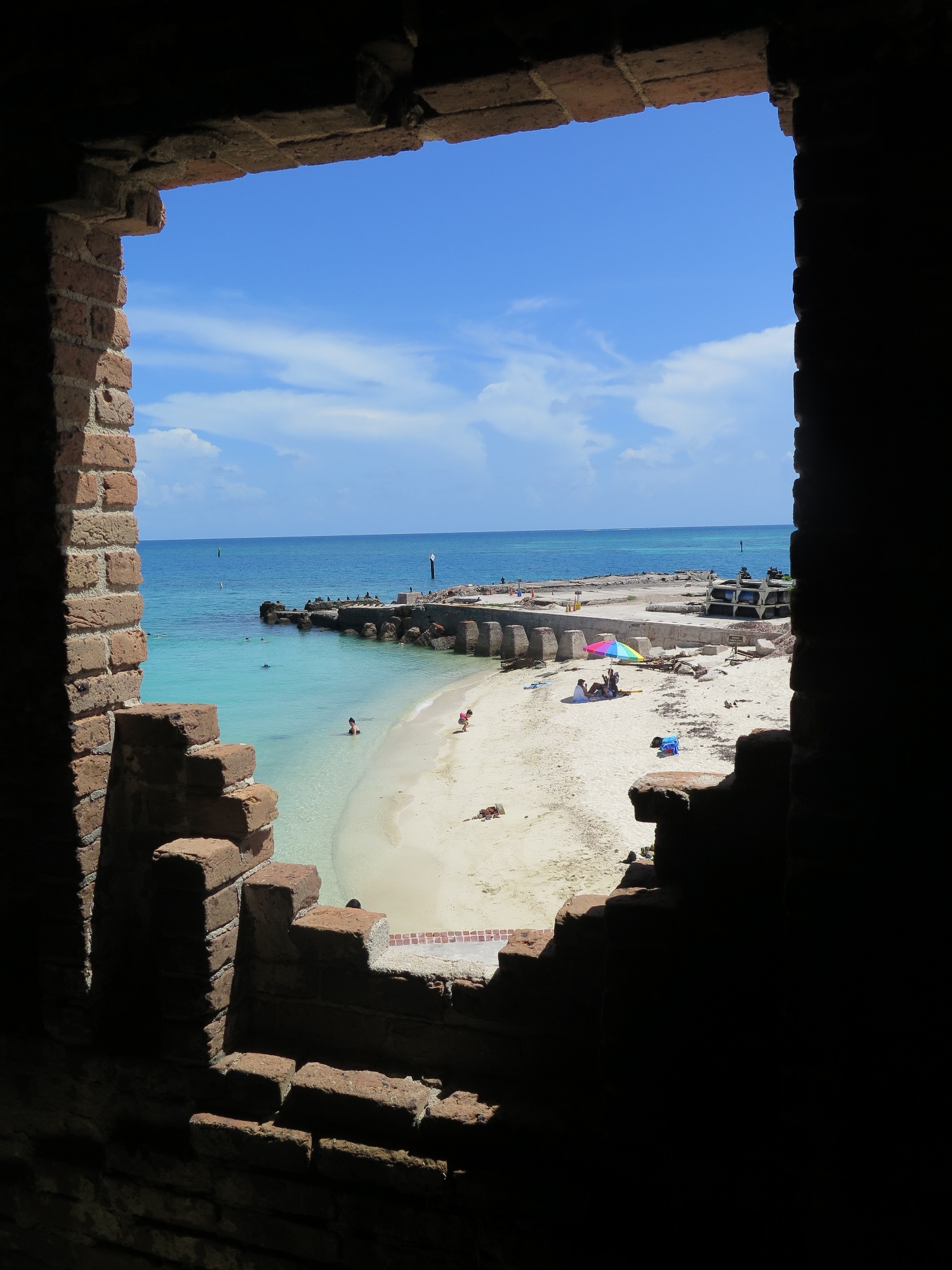 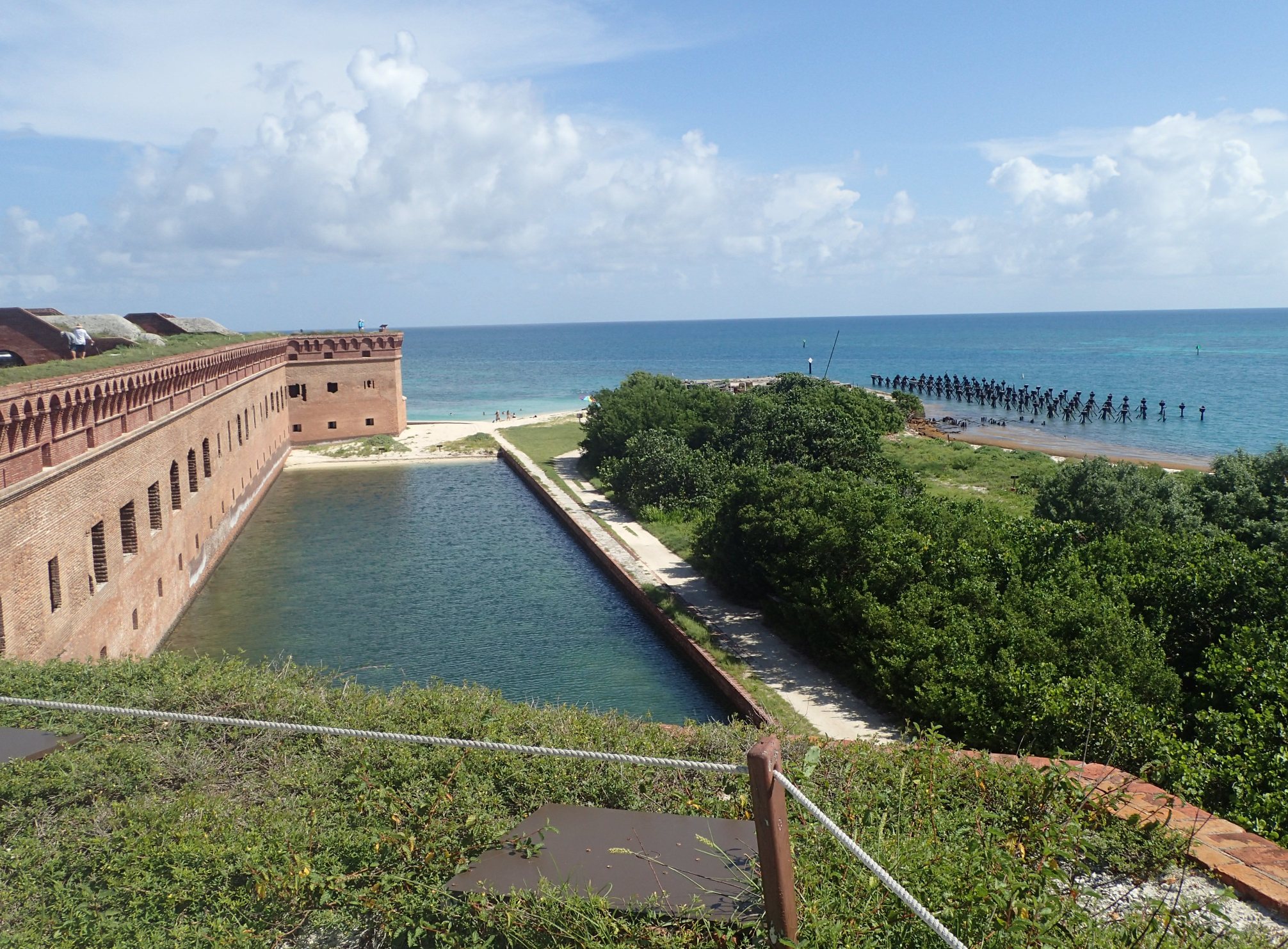 Liz on top with Loggerhead Key lighthouse in background: 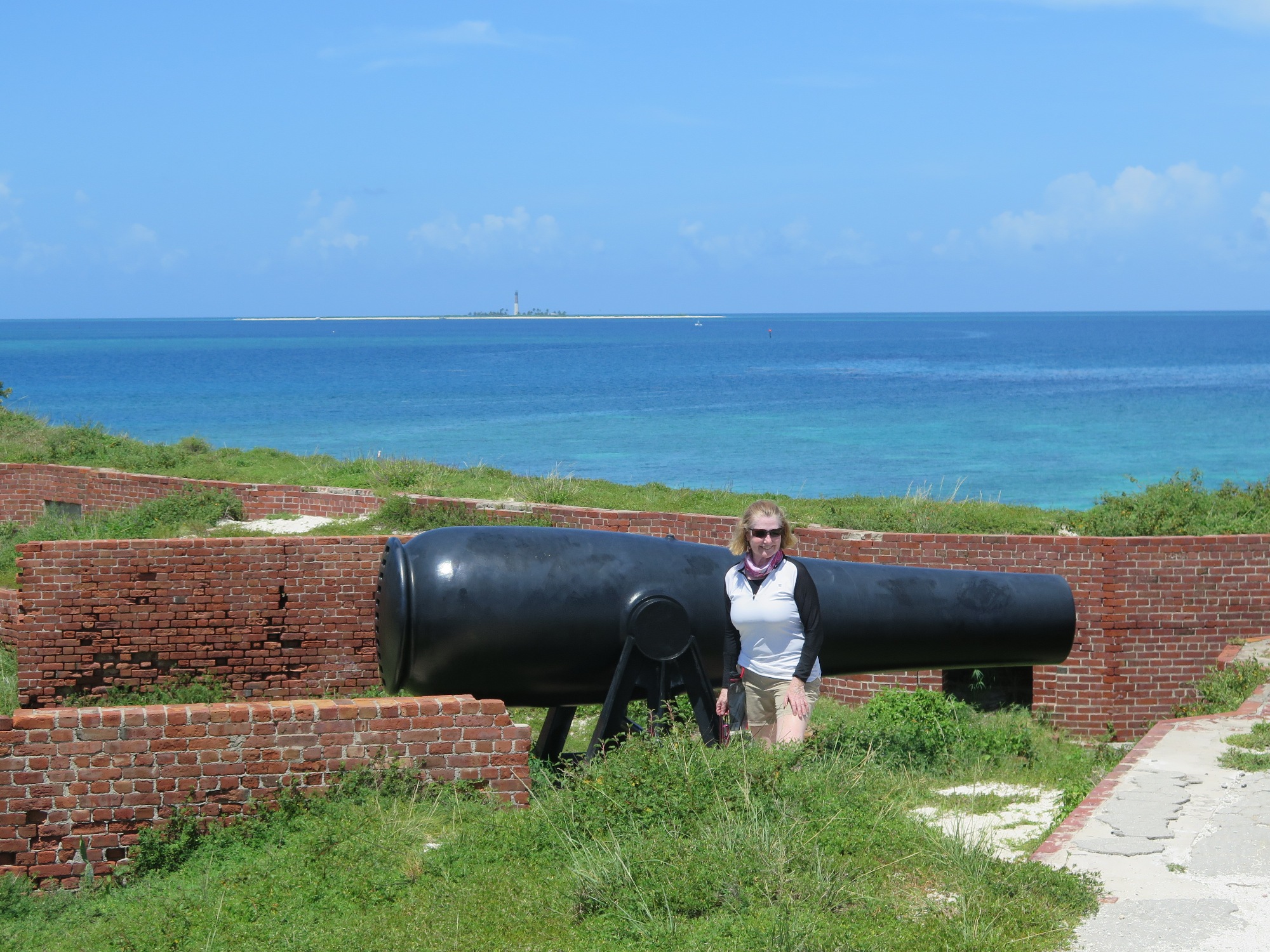 Building with cylindrical roof was the powder magazine. 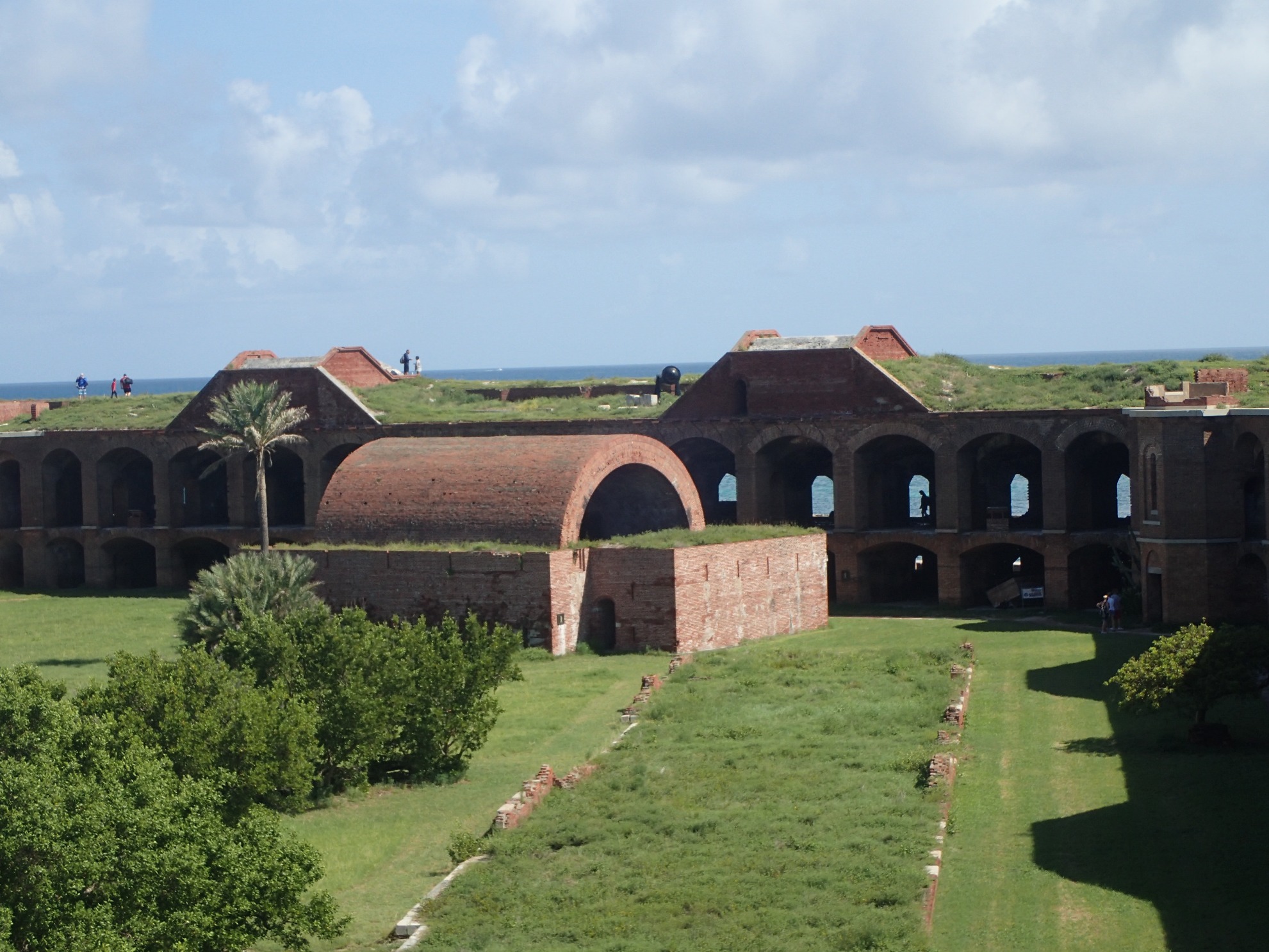 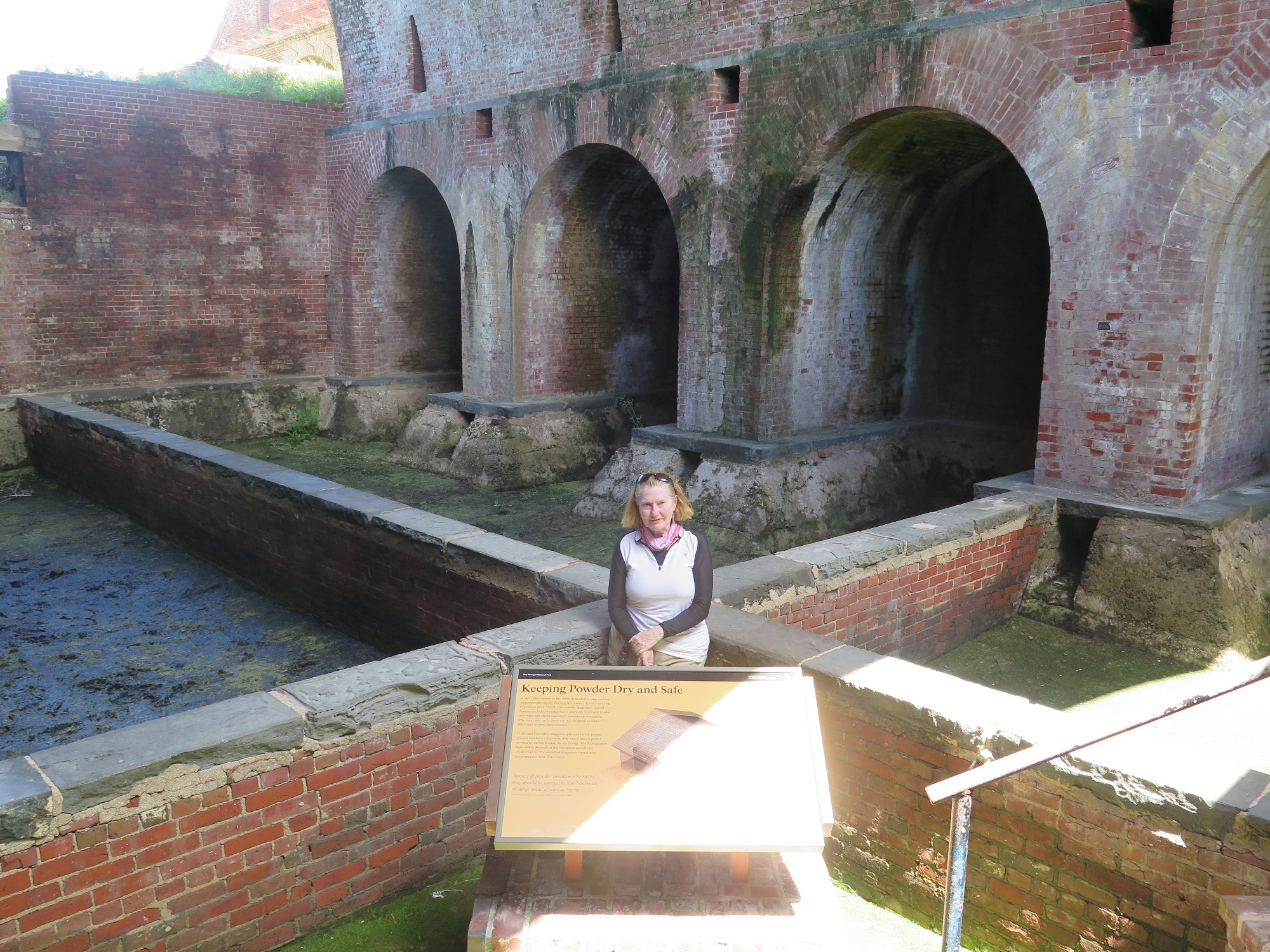 During and after the Civil War Fort Jefferson was a prison mostly for Union deserters, but also included 4 co-conspirators in Lincoln's assassination. 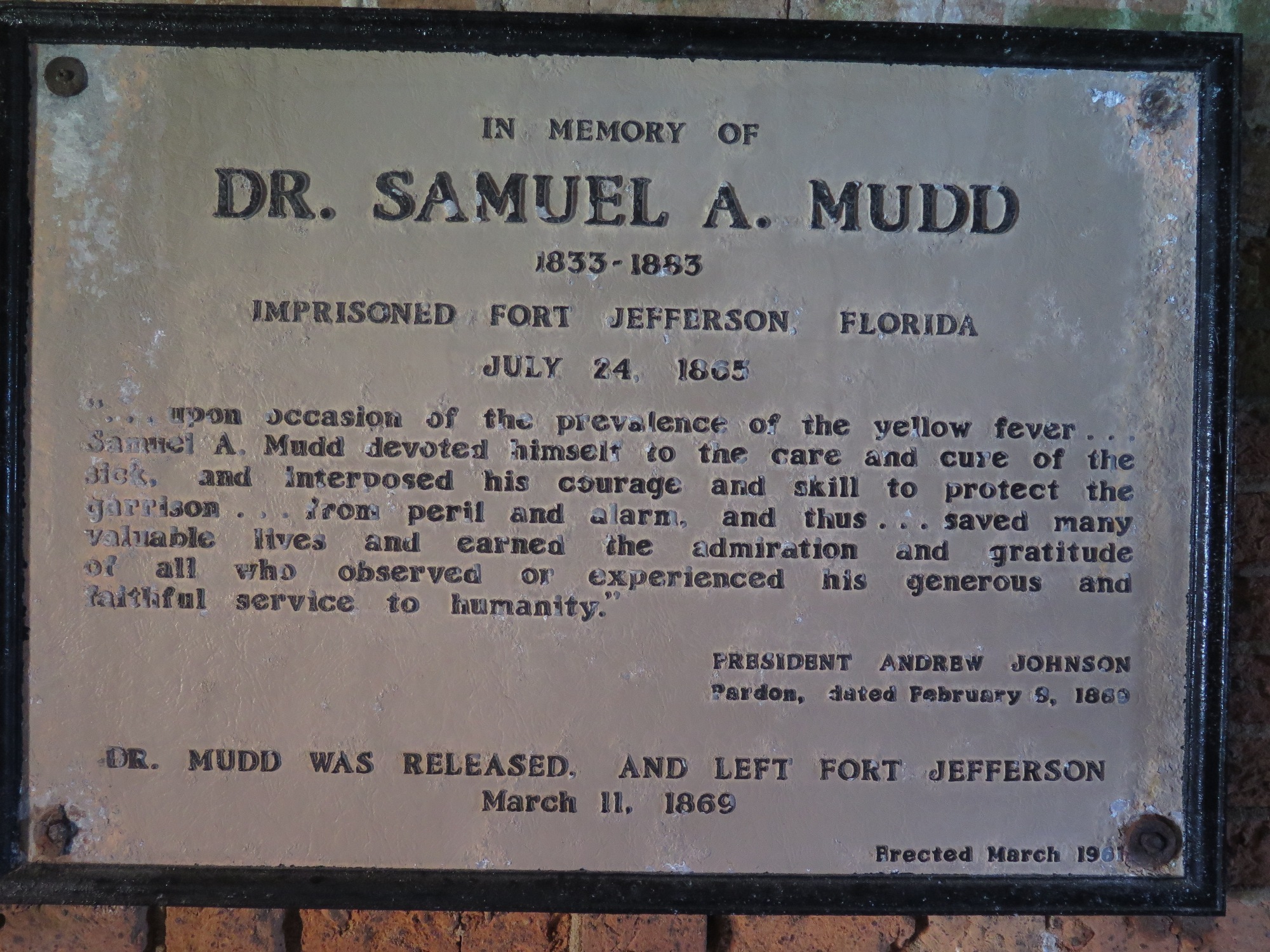 The most famous was Dr. Samuel Mudd, who treated John Wilkes Booth's broken leg. Mudd was pardoned and released after heroic work during a yellow fever outbreak in the prison.

Ironclad and artillery technology developed during the Civil War eventually made brick forts like this obsolete. The U.S. military abandoned this remote and costly location in 1888. The Dry Tortugas became a bird sanctuary in 1908, a National Monument in 1935 and a National park in 1902.

We snorkeled out to the pier pilings from the north beach. 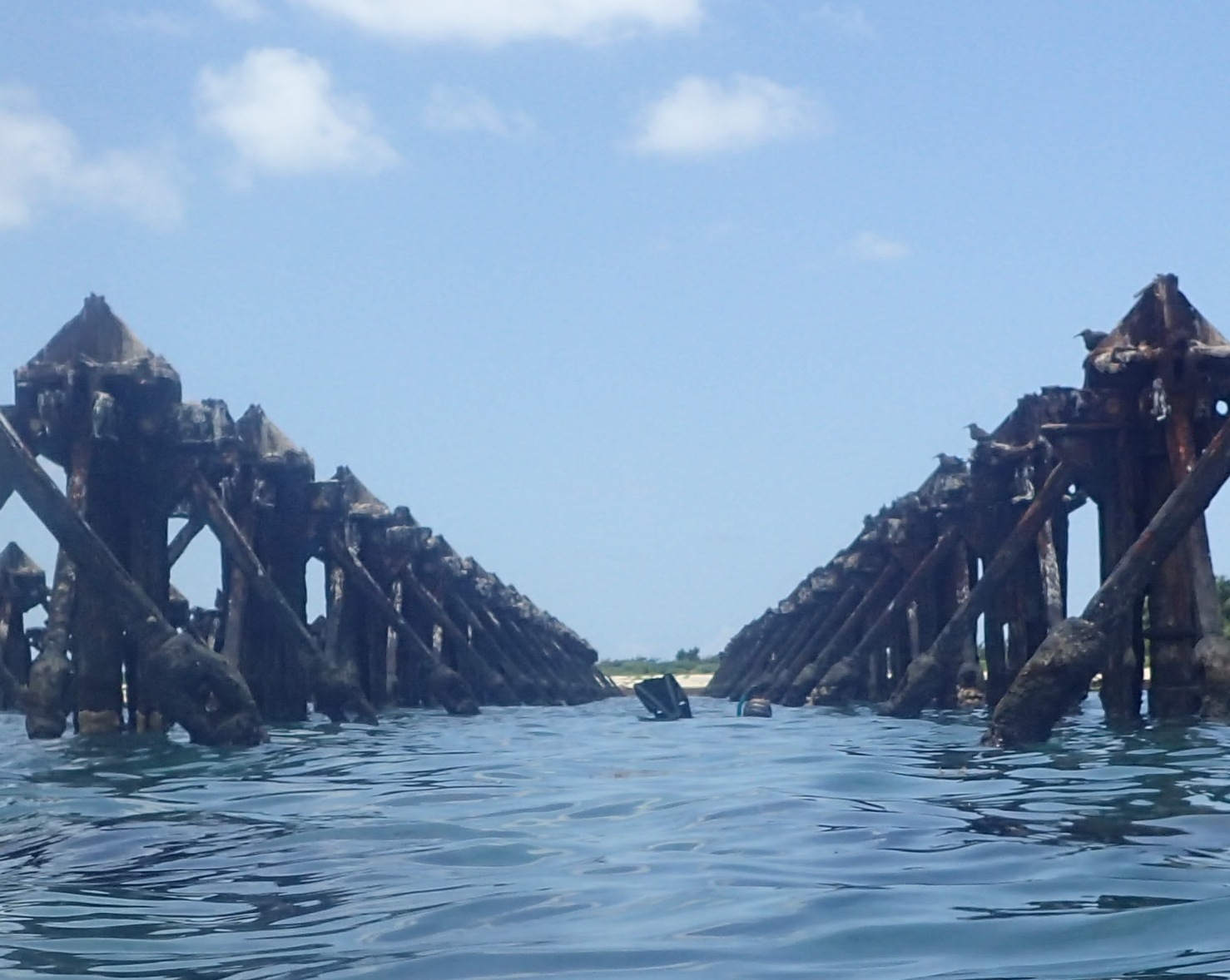 This area had the most coral and fish. 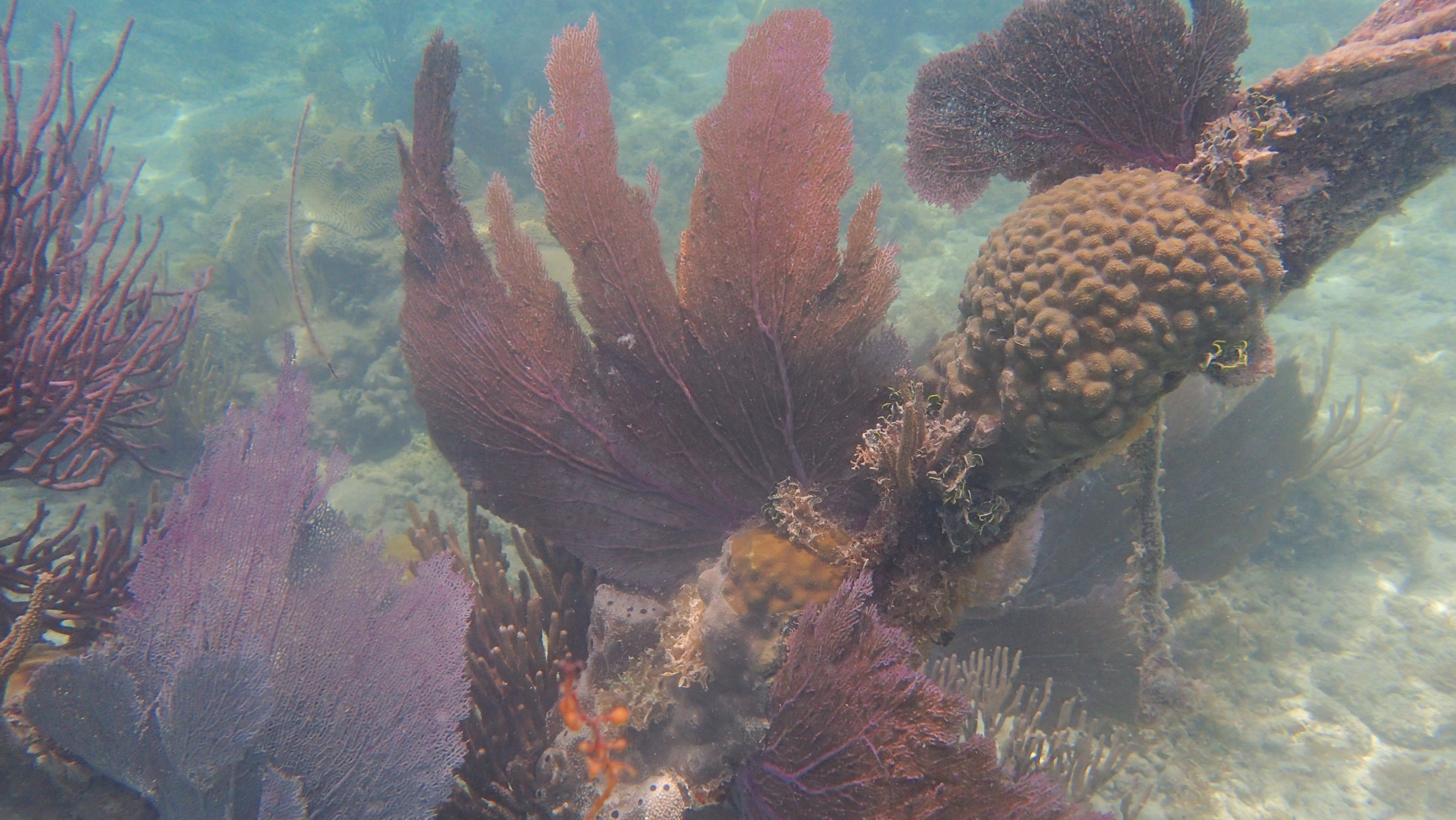 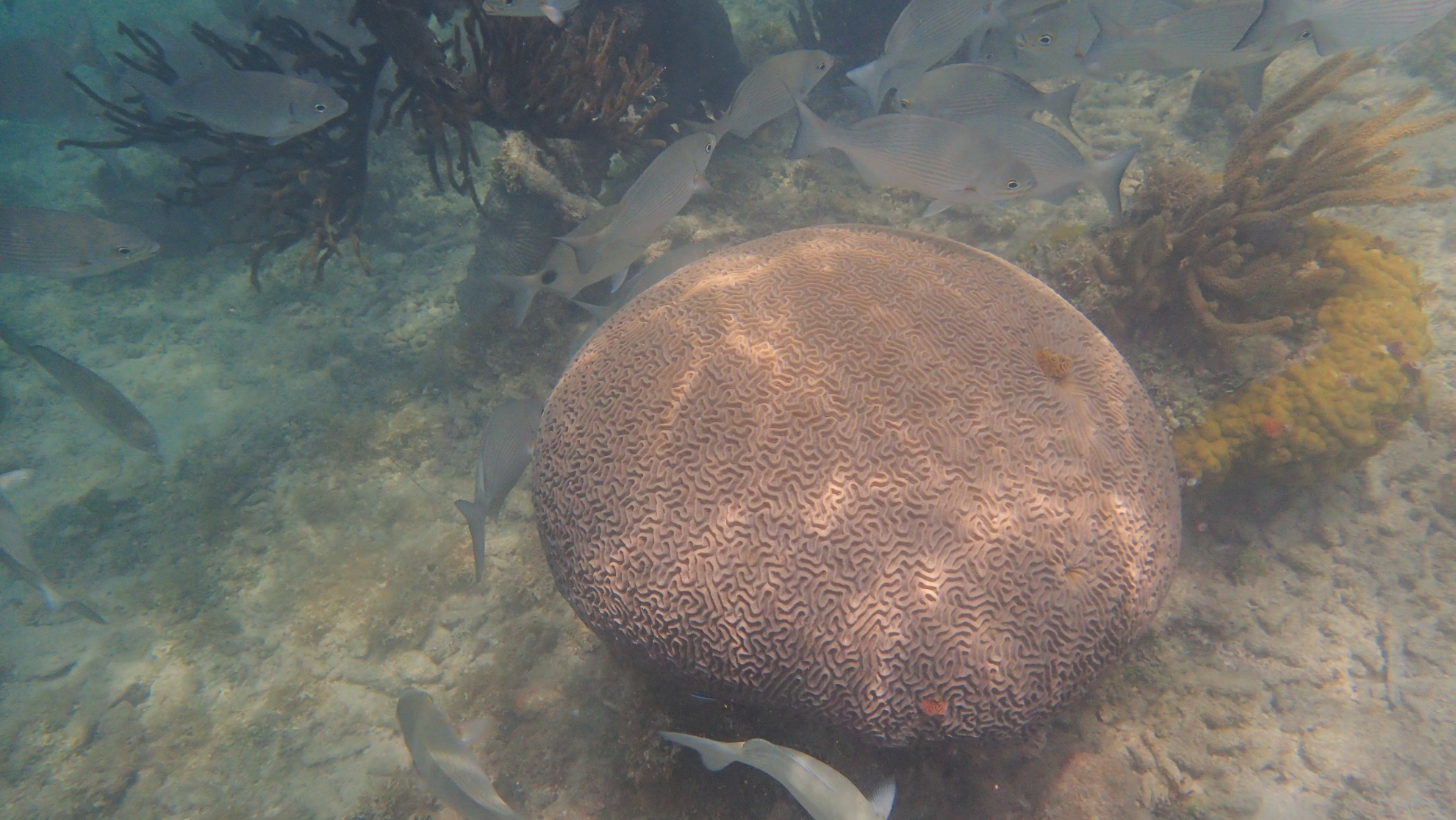 I then snorkeled around the west side of the fort to the south beach. Some coral was growing on underwater walls but there were few fish aside from inside a tunnel opening into the moat. We were on the island for 4+ hours in total.
You must log in or register to reply here.
Share:
Facebook Twitter Reddit Pinterest Tumblr WhatsApp Email Share Link
Top