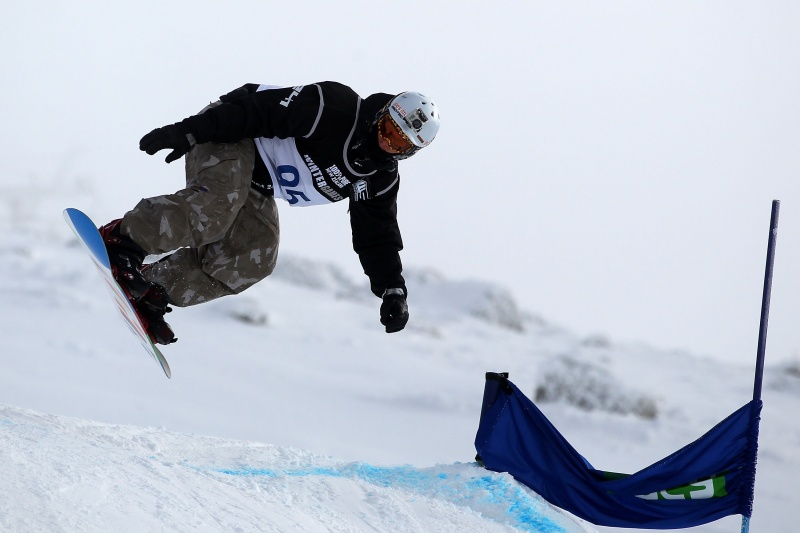 Lake Wanaka, New Zealand – With the sport on the brink of being included in the Paralympics, 100% Pure New Zealand Winter Games on Wednesday held its first WSF Para-Snowboard World Cup at Cardrona Alpine Resort, featuring a strong international field from both sides of the world.

“I’m surprised at how fast I went in my first run as I was taking it easy and just wanted to stay upright,” said Purdy. “My second run I somehow lost time in the middle section but it was my final run that was the quickest. It’s great to see an improvement overall and that’s what feels good, to know that you can improve and do better all the time. You’re always racing against yourself.”

Purdy added that the athletes were just waiting to see if snowboard cross would be included in the 2014 Paralympics in Sochi. “It’s not a Paralympic sport at the moment but we’re due to find out any day. I think to bring a sport that a lot of our generation relates to will definitely benefit the Paralympics and it will really blur the line between able bodied and adaptive sport. We all raced really well here today and showed the sport has the ability to be included at Paralympic level.”

“That was one of the most fun World Cups this season,” said Strong, of Truckee, Calif. “It was nerve wracking in the morning with low visibility and the practice was rough as we couldn’t see very well. But the sun came out, softened up the course and made it way faster. It was fun racing with Carl, he’s an amazing snowboarder. On the first run he had four tenths of a second on me so I had some pressure to push through. The second run put me in the lead by two tenths of second but I know Carl is a fast racer and that he could easily take that up so I had to make sure I made my last run count and pushed through to take the win.”

Both athletes agreed Cardrona’s World Cup course was the best they’d ridden for an adaptive competition.

“The course was built beautifully, probably the best the world cup snowboard cross course we’ve ridden,” said Purdy. “It was perfect for all abilities – having prosthetics on both legs I don’t compress very well but once you get on long berms it’s fun to ride. It was a perfect mix and open enough for us all to ride well, no matter what your strength.”

As well as the competitive World Cup competition, today’s race also included the demonstration sport of sit ski on the gravity cross course. Corie Peters of New Zealand clocked the fastest time in 190.97 after just three weeks in a sit ski. In the women’s Gemma Fletcher taook first in 222.40.