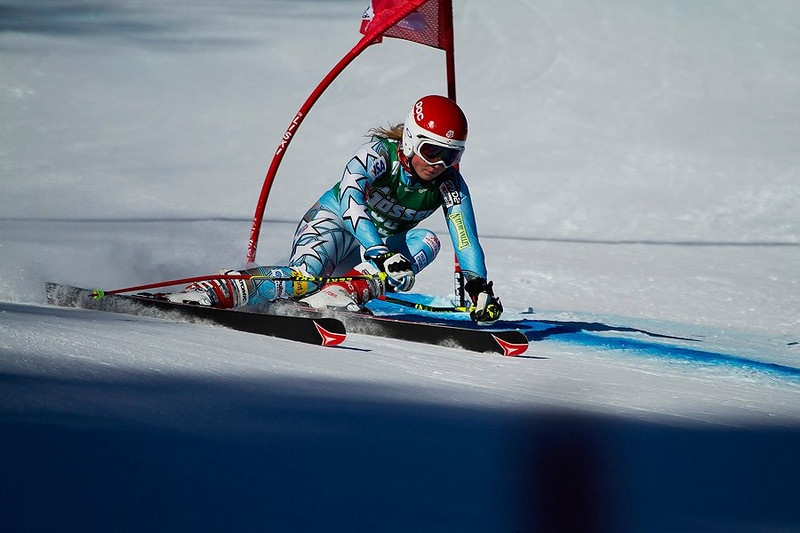 It was only the eighth World Cup start of Shiffrin’s career, and only her fifth in slalom. Shiffrin became the youngest female skier to podium in World Cup slalom since fellow American Tamara McKinney on Dec. 10, 1978. She’s also the third youngest American to land a World Cup podium in any discipline behind McKinney and Sandra Poulsen (Feb. 11, 1973).

“It’s been my dream to stand next to Marlies Schild on the podium and I did it. Actually being able to fulfill one of your dreams is a crazy feeling,” said a clearly enthused Shiffrin. “I didn’t know that I was the fastest in the second run until someone told me. I truly can’t believe it. Now I just have to keep my head on my shoulders and just keep skiing because those two runs today were so much fun and that’s what it’s all about.

“Nicki Hosp and Kathrin Zettel came up to me in the leader box and I told them that I’d been watching them and Marlies since I was five years old,” Shiffrin added. “I really respect how they ski and how they train so it was great to have them say congratulations. It meant a lot to me.”

The women’s World Cup tour returns with a slalom in Zagreb, Croatia this Thursday.