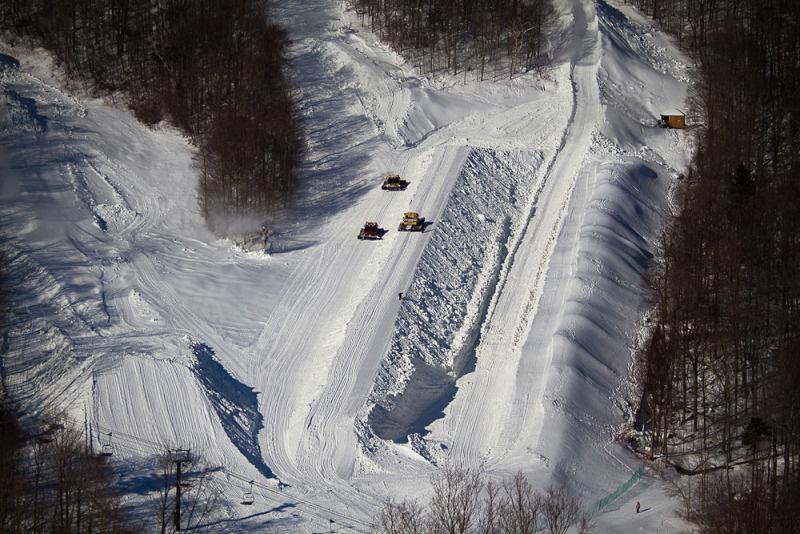 Killington, VT – Vermont’s Killington Resort is set to host the second stop of the Winter Dew Tour’s Pantech Invitational, the largest snow sports event in the East. Top athletes in freeskiing and snowboarding from around the world descend upon Killington’s Bear Mountain to compete in superpipe and slopestyle competitions this week.

“Killington Resort is thrilled to have top freeskiers and snowboarders competing at Bear Mountain,” stated Chris Nyberg, president and general manager for Killington Resort. “With the combination of cold temperatures, our commitment to snowmaking and recent snowfall, we have been able to create a world-class venue and look forward to hosting another exceptional four-day event.”

Top men’s snowboarders and freeskiers, including reigning champs Louie Vito and Kevin Rolland, will throw down for the chance to gain points as they head into the final stop at Snowbasin in Ogden, Utah. Additionally, women’s freeskiing will debut at Killington’s Pantech Invitational.

Besides the action-packed competitions, the four-day event will also include a Friday night VIP party at the Wobbly Barn and will feature a live DJ set from RAC, the Portland-based cutting edge duo of Andre Allen Anjos and Karl Kling, spinning original remixes and party favorites.

“The Winter Dew Tour is an extraordinary event that brings the entire community together,” stated Chris Karr, president of Killington Chamber of Commerce, “and showcases Killington’s dedication to snow sports on a national level.”

The Winter Dew Tour’s Pantech Invitational at Killington complete schedule of events, which is subject to change, is as follows: