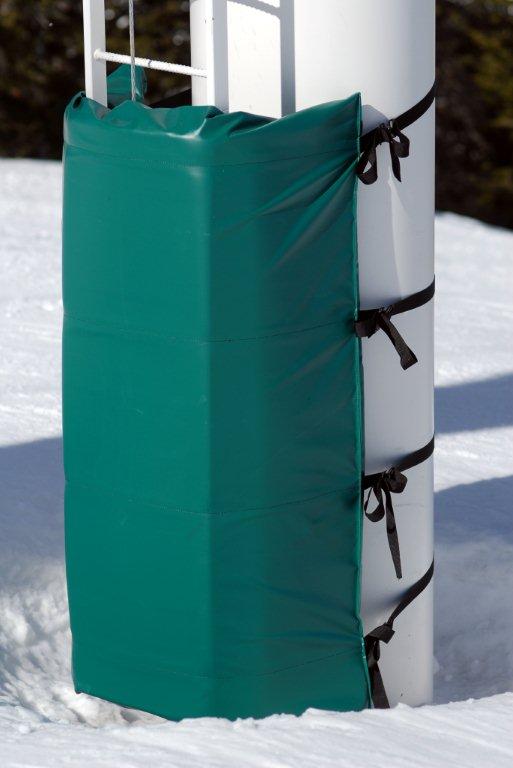 The legislation, authored by State Senator Glenn Grothman and State Representative Pat Strachota, both Republicans of West Bend, and first introduced in January, codifies in law the duties of ski area operators and participants in snow sports, liability of ski area operators, and granting rule-making authority.

“In most regards, the act is typical of ski statutes found in other jurisdictions, commented attorney David B. Cronheim, Chief Legal Correspondent for First Tracks!! Online Media and the author of the ski law blog Ski, Esq. “The act places certain burdens on ski area operators, most notably a duty to install signage and trail markers. In exchange, it provides resorts with a degree of protection from lawsuits by mandating that all skiers and snowboarders accept the risks of participating in their sport.”

Under the new law, a participant in a snow sport is deemed to know, and accept, certain risks inherent to skiing and snowboarding along with other winter sports including sledding, tubing and tobogganing, such as changes in weather or visibility, the presence of certain snow conditions and difficulties with the terrain, and the risk of collisions and to accept that the operator of a ski area may not mitigate certain risks by padding items or obstacles within the ski area. A participant is also deemed to acknowledge that his or her decision whether to wear a helmet while participating in the snow sport may contribute to his or her injuries, and that he or she is solely responsible for ensuring that a helmet is properly fitted.

A participant’s responsibilities under the new law when participating in a snow sport include knowing and complying with all safety rules established by the ski area, knowing the limits of his or her abilities, and being able to maintain control of himself or herself and his or her equipment while participating in the snow sport.

The law also sets forth several safety requirements for ski area operators and requirements designed to inform participants of the dangers inherent in snow sports and of the responsibilities each participant has for his or her own safety. The requirements include inspection of lifts at the ski area and placing warning signs and informational signs as to the level of difficulty of ski trails.

Under the new law, the operator of a ski area is immune from liability for any injury sustained by a participant in a snow sport or by an observer if the injury was a result of any of the risks accepted by the participant and the operator of the ski area has complied with the requirements.

“It is refreshing to see Democrats and Republicans work together to fashion a bill with bi-partisan approval to make ski slopes safer and promote skiing and winter recreation in Wisconsin,” the WSIA said in a prepared statement. “Skiing and snowboarding are action sports that have inherent risks which skiers can help reduce, under the Skier Safety Act, by skiing in control, yielding to skiers ahead of them, stopping on the sides of runs where they can be seen by oncoming skiers and by being aware of their responsibilities. Ski area operators have always considered skier safety a high priority and as part of the Skier Safety Act, will continue to post signs, mark snowmaking hydrants and maintain and adhere to written padding and vehicle operation policies.”

“One area where the Wisconsin law differs slightly from other states is in its approach to helmets,” Cronheim notes. “While some states are advancing paternalist statutes requiring helmets, at least for minors, Wisconsin’s statute is decidedly more libertarian. It requires ski resorts to post a sign saying that ‘helmets are recommended’ or ‘consider wearing a helmet,’ but does not require skiers or snowboarders to wear a helmet. In essence, Wisconsin has left the decision to the individuals, but is telling them not to expect recourse from the courts because they had fair warning.

“Similarly, with respect to padding obstacles, Wisconsin has also taken a more laissez-faire approach,” Cronheim continues. “The statute does not specifically require all obstacles of a certain class to be padded (as is the case in some states), but requires the resort to formulate a written policy determining where padding should be placed to minimize risk to skiers and snowboarders. Failure to implement the policy would not only be a breach of the statute, but would almost certainly be negligence per se, resulting in tort liability for the resort.”