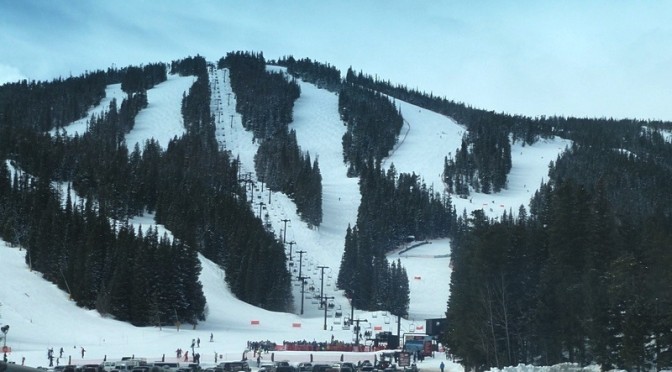 Eldora, CO – The U.S. Forest Service on Thursday approved plans to expand Eldora Mountain ski area just west of Boulder, but only within the existing resort boundaries — at least for now.

Thursday’s decision follows nearly three years of planning, environmental analysis and public input on a proposal from Eldora that included upgrading lifts, expanding terrain, and improving guest services at the resort. The final decision was more limited than a draft decision first floated last March that would have allowed expansion beyond the ski area’s current boundary in two separate mountain sectors.

This decision from the Forest Service will allow the ski area to move forward with several proposed projects. The Corona chairlift can be upgraded from a fixed grip quad to a high speed six-pack, with four new trails and 163 new acres of gladed terrain. The resort’s Challenge and Cannonball chairlifts can be replaced with a single detachable six-seater from base to summit, and the Lower Diamondback and Lower Ambush runs adjacent to the Indian Peaks chairlift can be widened and supplemented by one new trail in that sector. Also approved was upgraded snowmaking infrastructure and coverage, a new on-mountain restaurant at the top of the Indian Peaks lift, and renovation and expansion of the existing Lookout restaurant facility.

The decision defers all expansion and improvements outside the existing ski area’s special use permit boundary — the resort’s proposed Jolly Jug and Placer expansions — to provide the opportunity for the ski area to work collaboratively with interested parties on these more controversial elements of the project. Thirty entities and individuals filed objections with the Forest Service on nearly 100 different issues. Objectors included Colorado Parks and Wildlife, Boulder County, Town of Nederland, Middle Boulder Creek Coalition, Sierra Club and a number of private individuals. Prevalent amongst the objections were concerns about the proposed Placer Lift expansion north toward Middle Boulder Creek and the Jolly Jug lift expansion south toward Jenny Creek. Issues raised included impacts on wildlife, aquatic habitat, water quality, the existing Nordic trail system, and the residents of Eldora.

An objectors’ meeting was held in Fort Collins on July 17, but did not result in any resolution. The objection reviewing officer found no violation of law, regulation or policy; however, after careful consideration, acting Forest Supervisor Ron Archuleta determined that there was more collaborative work to be done before approving any expansion.

“While the Environmental Impact Statement adequately disclosed the effects of these proposed projects, there were still environmental and social effects that could be better resolved,” Archuleta said. “Deferring the decision on projects outside the current special use permit boundary does not preclude the possibility of approving these projects in the future, based on the existing analysis. But, ideally, any future decision would result from a refined proposal developed collaboratively by the ski area and interested parties.”

Archuleta said that he recognizes that resolution may require reconfiguration of the proposed expansion and additional environmental review and decision making in the future.

The ski area currently consists of 524 acres of National Forest System lands, part of the Roosevelt National Forest, and approximately 680 acres of private and leased lands in Boulder and Gilpin counties. Thursday’s decision applies only to projects proposed on the National Forest.