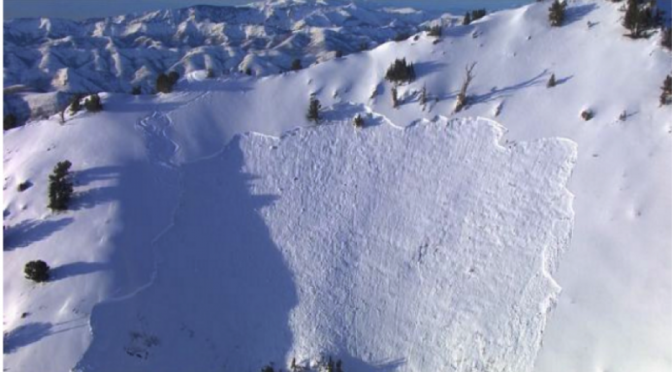 Big Cottonwood Canyon, UT – Just on Wednesday, I was sitting in the Goldminer’s Daughter Lodge café at Alta Ski Area in Utah, sipping an after-lunch latté while I waited for my out-of-town friend Jonathan to head back out for the afternoon. It was a full-on storm day, and the few of us trapped in Little Cottonwood Canyon by a road closure were reveling in our good fortune.

In walked Douglas Green, his chin frosted with snow and a huge grin frozen to his face. Doug couldn’t stop extolling the virtues of a smooth High Rustler that he’d just skied. Just then Jonathan returned, and the three of us together headed for another run on High Boy.

Doug’s enthusiasm for skiing was irrepressible. We spent the next three hours repeatedly lapping Thirds and North Rustler as temperatures dropped into the low teens and horrific wind gusts whipped frenzied snow into the air. Nevertheless, Doug selflessly broke trail, I followed, and Jonathan took up the rear.  After several hours of laughing, smiling, freezing and snapping photos, Doug — a self-avowed “Collins snob” — declined to join Jonathan and myself as we took our final run of the day off Alta’s Wildcat lift. Doug and I tapped our ski poles together and we went our separate ways.

Little did I realize that I’d never see Doug again.

Doug spent as much time in the backcountry as he did riding lifts. A radiologist in the Seattle area, Doug had engineered his work schedule to spend his winters in Utah to satisfy his undeniable passion for skiing, and whenever Ullr refused to bless Utah Doug would travel to Rogers Pass in British Columbia, the Cascades, or wherever fresh snow could be found. After completing his undergrad at Dartmouth and medical school at the University of Vermont, Doug did his residency at the University of Utah before moving to Seattle. He kept his home in Sugar House because he knew that one day, he’d be back in Utah permanently.

We shared the same birthday, and as we rode the lift on Wednesday we talked about what we’d do to “celebrate” turning 50 together this month. We amicably discussed the current political climate even though we came to it from polar opposite sides of the spectrum.

We also talked about our plans for the future. Doug wanted to retire in about five years to his Sugar House home. He said that he could retire now, but he had to “decide just how modestly he wanted to live in retirement.” We talked about the fluctuating stock market and our 401k’s. Unfortunately, that’s all entirely meaningless now.

On Thursday afternoon I heard preliminary news reports of an avalanche on Gobblers Knob, but with other things to do I didn’t pay much attention to them. I’d get to it later. As editor at First Tracks!! Online my daily responsibilities include publishing stories about this guy striking a tree, and that guy getting caught in an avalanche. It’s sad to say, but tragedy generates the most popular news stories.  In all honesty I’ve become pretty hardened to the whole thing — I guess that comes with the territory.

But when I got home from a pleasant dinner with colleagues on Thursday night and started thumbing through my email, my happy demeanor instantly changed when I started looking at the reports from the day’s avalanche.

There was one fatal victim in Thursday’s slide: Doug Green.

There had to be one more 49-year-old backcountry skier living in Sugar House named Douglas Green. There had to be! But on Wednesday, Doug indicated that he’d be skiing the backcountry on Thursday with Tyson Bradley, an avalanche safety instructor and guide with both Utah Mountain Adventures and Exum Guides. My worst fears were confirmed.

Early reports from the Utah Avalanche Center indicate that Green and another skier, confirmed on Friday by Unified Police to be 50-year-old Bradley, ascended 10,246-foot Gobblers Knob on the ridge line separating Big Cottonwood Canyon from Millcreek Canyon. They prepared to descend a popular steep, south-facing line into Big Cottonwood called Whitesnake.  Bradley ski cut the slope before dropping 300 feet to an island of safety. Doug followed.

Bradley then dropped the second pitch for a couple of hundred more verts before again skiing off to the right to what he thought was a safe location. Doug then followed when the slope released, triggering the avalanche.

The slide propagated all the way back to the ridgeline, several hundred feet above Doug. Doug deployed his avalanche airbag, but he was nevertheless carried all the way to the gully at the bottom of Whitesnake and buried in three to four feet of snow. Bradley was hit by the debris and carried into a tree, where he was only partially buried.

After extricating himself, Bradley descended to the toe of the avalanche and located Doug via a beacon search and successful probe strike. Although quickly extricated, Doug didn’t have a pulse and CPR was initiated at the scene. A medical helicopter took both skiers to Intermountain Medical Center in Salt Lake City, where Doug was pronounced dead. Bradley has since been released and is at home resting, Unified Police indicate.

After publishing countless stories of ski fatalities, this one admittedly hits too close to home. My hardened facade, borne of years of publishing stories about skiing fatalities, has melted away, and there’s a little piece of my humanity that’s been restored thanks to Doug.

It’s a cliché to say, “He died doing what he loved,” but in Doug’s case that couldn’t be more apropos. I suppose that it’s better than wasting away in a nursing home with Alzheimer’s, or being mowed down by a semi-truck on your way to the office. But that doesn’t make it any easier for those who Doug left behind.

I wasn’t sure how I’d bring myself to write this one up, but I just forced myself to start typing tonight and miraculously, the words just flowed from my keyboard even though my brain remained on auto-pilot. Rest in peace, my friend. You’re assuredly enjoying endless pillow lines now.