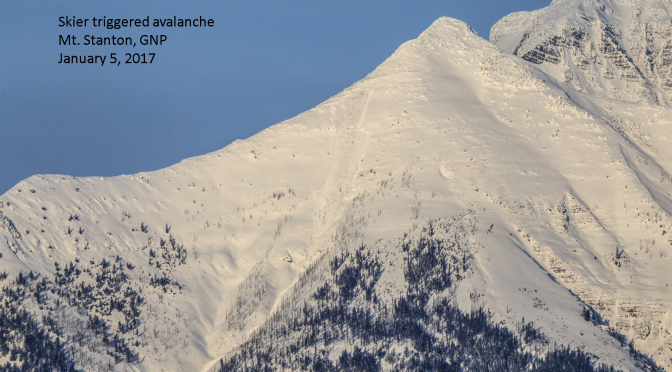 Ben Parsons was skiing the south face of Stanton Mountain in the park with a companion when he was partially buried by the large soft-slab slide that broke 12-30 inches deep at 7,200 feet of elevation, about 500 feet below the summit. It ran for 1,200 to 1,700 feet down a narrow gully, although Parsons was not swept downhill to the base of the avalanche.

The Flathead Avalanche Center had rated avalanche conditions as “Moderate” at the time of the incident. All involved were carrying the requisite safety gear.

Parsons was a well-known firefighter, paramedic and ski mountaineer in nearby Whitefish.