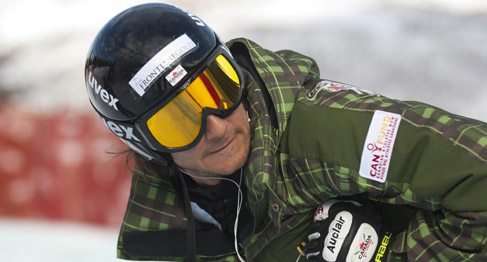 Grindelwald, Switzerland – Fans and the World Cup community are mourning the loss of Nic Zoricic, who died in a finish line crash during a World Cup ski cross competition on Saturday in Grindelwald.

Zoricic, 29, of Toronto, Ontario, began his career in alpine ski racing but transferred to ski cross. He crashed in the finish area during the fourth heat of the ski cross finals. Zoricic sustained head injuries in the incident and was airlifted to hospital in Interlaken, Switzerland, where he was pronounced dead at 12:35 p.m. local time. The cause of death was listed as “severe neurotrauma.”

“Our thoughts are first and foremost with Nik’s parents and his family,” said Max Gartner, president of Alpine Canada, the country’s governing body of ski cross racing. “Nik was a very talented young ski racer and a great athlete who was much loved by his teammates and fellow competitors. He will be greatly missed by all of us and the ski community as a whole.”

Following the accident, the remainder of weekend’s World Cup ski cross events in Grindelwald were canceled by the International Ski Federation (FIS) and local organizers. Ski cross World Cup racers, coaches and staff from different nations took part in a moving ceremony on Sunday to honor Zoricic. Dave Ellis, director of sport for Canada’s ski cross program, said a few words as the teams met in the start area and then skied down to the finish to pay their respects. A video featuring highlights of Zoricic’s career was shown to all those present. Everyone wore blue jeans in honor of a man who showed up to one of his first ski cross World Cup races without race pants.

“That’s just the kind of guy he was,” said world champion and X Games gold medalist Chris Del Bosco. “He didn’t have the right tools for that race and just made it happen with blue jeans.”

Zoricic’s father, ski coach Predrag Bebe Zoricic, said, “Nik loved what he did. Ski racing was his life and he enjoyed every moment of it. There are no regrets from anyone because he did what he loved to do.

“The ski community is very tight and I have received many phone calls and messages. We are very grateful for the support we have received and would like to say thank you for that. I didn’t know we had so many friends.

“Nik was my inspiration,” his father concluded. “He gave me the energy to be a ski coach and support other athletes.”

Later on Sunday evening members of Canada’s ski cross team raised their glasses and two Crystal Globes in honor of their teammate. FIS rules say that in the event of a race cancellation, points are awarded according to qualifying positions, meaning that Canada won the Nations’ Cup Crystal Globe as the top-performing country on the World Cup circuit for the fourth successive year. Marielle Thompson, 19, of Whistler, British Columbia, also became the first Canadian to win an individual ski cross Crystal Globe.  Slovenia’s Filip Flisar took the men’s Crystal Globe.

“This is not the best way to have a trophy presented to you but tonight at dinner we will pull out the Globe and have a toast for Nik,” said Ellis. “We’ve been in constant contact with his father, a very strong man. He said to make sure we celebrate and carry on the tradition of winning and podiums for Nik, as we always have.”

“We’ve got a great group of staff and we’ve got a great group of kids – men and women – and they know what Nik would want us to do, and that is to not let this knock us down and keep him with us,” Archer said during a conference call on Sunday. “We will have our nationals and it’s going to be in his honor. We will be back up there. They will be fighting for a national title.”

Zoricic is survived by his parents Predrag Bebe and Silvia Zoricic. His sister, Katarina, 25, is  a law student. Funeral details have not yet been confirmed.