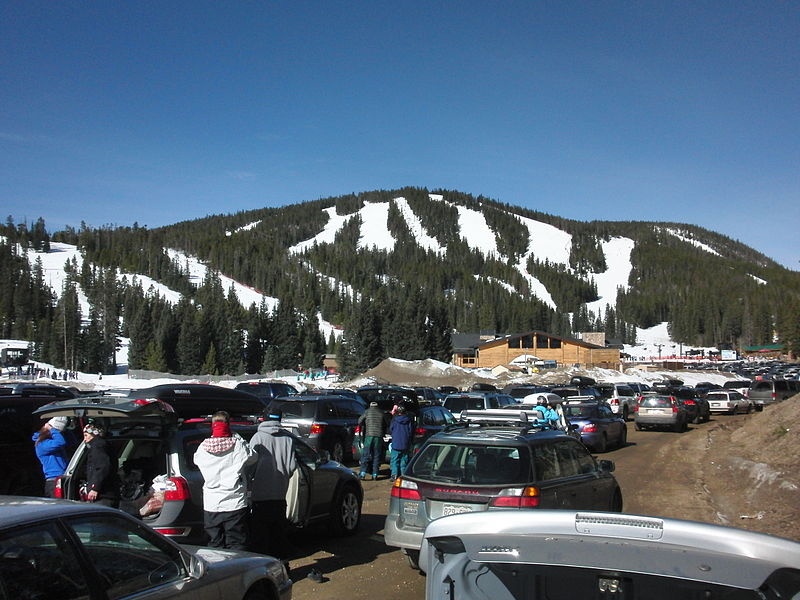 Nederland, CO – Owners of Eldora say that the ski area east of Boulder, Colo., needs more capacity and expanded weather options for high wind days, and their plan submitted to the U.S. Forest Service to meet those needs is now open for public comment.

The proposed expansion of Eldora comprises selected elements from the ski area’s 2011 Master Plan. The comment period under the National Environmental Policy Act (NEPA) extends through the end of this month, but comments already posted to the website www.eldoraeis.com, operated by the Arapahoe & Roosevelt National Forests and Pawnee National Grasslands (ARP), are varied. Many of the comments already submitted via the website support the proposed ski area expansion.

“I am writing in support of the improvement projects proposed by Eldora Mountain Resort. Eldora’s proposed projects will provide much-needed enhancements to the ski area and to the experience for skiers and riders like myself,” said one anonymous commenter. “The current lifts at Eldora are slow and sometimes need to be closed on especially windy days. By replacing the old, slower-running fixed-grip lifts with faster detachable lifts, skiers will be able to make more runs in more challenging weather conditions.”

That’s the intention of the proposed expansion, says Eldora co-owner Bill Killebrew, who adds that without modernizing the ski area’s facilities they run the risk of losing their customer base to other resorts. The ski area’s visits have surged in recent years from a 10-year average of 170,000 a decade ago to 271,000 today and Killebrew hopes to accommodate that increase in guests with expanded and upgraded facilities that will allow Eldora to increase its daily capacity from 4,250 to 5,650 visitors.

The proposed action currently presented by Forest Service officials calls for expanding the ski area by small margins to both the north and to the south. The existing Challenger and Cannonball and Corona lifts would be replaced with a single detachable six-person chairlift, while the existing Corona lift would also be upgraded to a high-speed six-pack. The mountaintop Lookout facility would be renovated to double or triple its current square footage, and the Challenge Mountain summit building would be replaced with a new 16,000 to 20,000 square-foot facility. Parking would be expanded via a new base area lot on privately owned land. Seventy acres of traditional trails — all covered by snowmaking — and another 70 acres of gladed terrain would be added to the trail map.

Some commenters, however, are critical of the plan to lower the backside of the ski area by 375 vertical feet to the banks of the Middle Boulder Creek, where critics contend that the proposed high-speed detachable six-person Placer lift running from the banks of the creek to the existing Indian Peaks lift’s midpoint will eliminate the buffer between the ski area and both the village of Eldora and an important cross-country skiing access route to the Indian Peaks wilderness area. In fact, the Placer lift proposal resulted in last year’s formation of the Middle Boulder Creek Coalition to oppose the plan.

“This area currently serves as a wildlife corridor, and also as a buffer between the existing ski area and those who wish a more ‘wilderness’ type experience hiking or cross-country skiing,” commented Steven Eppelheimer. “The reality is that the expansion is about profit, at the expense of wilderness. I’ve seen enough of that already in Colorado. In my opinion, improvements should be limited to within the existing boundaries.”

Some resistance has also been generated by the proposed Jolly Jug lift, which would add intermediate ski and snowboard terrain along the Gilpin County/Boulder County border at the southern end of the ski area near the existing backcountry Jenny Creek trail, while other commenters want Eldora to maintain existing facilities before expanding into new terrain.

“While I appreciate the idea to expand, I believe that Eldora Mountain has a lot of need for improving and upgrading their current operations first,” commented Meredith Potter, who identified herself as a snowsports instructor at Eldora last winter. She objected to the condition of the instructor locker room. “The impression I got while working there was that they don’t really care about employees because it’s very run-down and has not been kept current.”