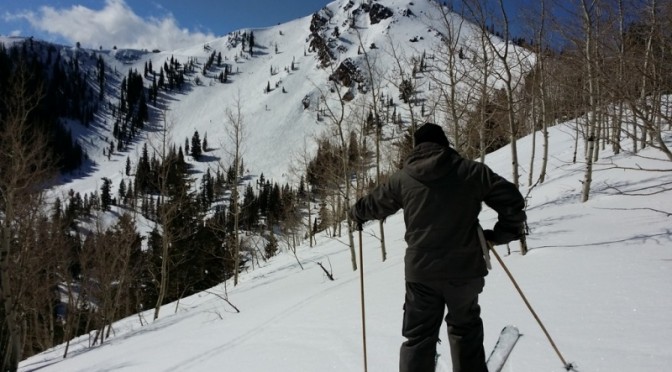 Park City, UT – In the latest maneuver in a tangled and sordid battle for control of Park City Mountain Resort (PCMR), Vail Resorts has offered to purchase the base area of PCMR from current owner Powdr Corp., the ski resort’s current operator.

This whole tangled mess arises out of a land lease dispute. Talisker Land Resolution, the owner of the majority of the land leased to Powdr to operate the popular Utah ski resort and a division of Canyons Resort owner Talisker Corp., alleges that Powdr failed to provide timely notification of its intention to renew the lease in April 2011. Powdr, on the other hand, maintains that between 2009 and mid-2011 they provided Talisker with repeated declarations of their intent to operate the resort through 2051.

After Talisker advised Powdr in December 2011 that they considered the lease expired, in March of 2012 Powdr filed suit in Utah District Court to enforce the lease renewal. In May of 2013 Talisker Corp. reached an agreement to allow Vail Resorts to operate Canyons Resort under a long-term lease, with a provision that allowed Vail Resorts to include the lease between Talisker Land and Powdr for PCMR without any additional consideration. In essence, after declaring Powdr’s lease null and void, Talisker found a new tenant in Vail Resorts who was willing to pay a much higher rent, even though Powdr maintained its presence on the lease holdings.That allowed Vail Resorts to take Talisker’s place in the pending litigation.

No matter the outcome of the litigation, many observers presume that following any verdict some sort of buyout would need to take place, as Talisker owns the land for most of the ski area while Powdr owns the base area. It would be difficult, if not impossible for one to function without control of the other, at least until Vail Resorts is able to complete its desired “interconnected  ski  experience” between Canyons and PCMR.

Should Powdr lose the lawsuit and block access to the ski area through its base holdings, “There  are  numerous  ways  that  this  terrain  can  be  potentially  used  for  skiing,  particularly  since  the  land  is  immediately  adjacent  to  Canyons  and  the  two  can  be  easily  connected  with  a  new  chairlift,” Katz wrote, even though that sort of action by Powdr would effectively separate PCMR from the vibrant ski resort town of Park City.

Katz’ letter attempted to put the blame for the current strife over PCMR’s future squarely on the shoulders of Powdr Corp.

“Everyone at Vail Resorts is very cognizant of how difficult this has been for PCMR, its employees, its guests, its partners and the Park City community,” Katz wrote. “But, if PCMR should lose its lease, PCMR alone needs to take responsibility for that outcome.”

“If Vail and Talisker are interested in having a public discussion about their negotiation strategy, they should be willing to disclose documents to the public. PCMR has sought to make this information public, including Talisker’s takeover proposal, only to have such requests blocked by Vail and Talisker in court.

Should Vail Resorts prevail in court, Katz made clear his company’s intention to occupy and operate PCMR.

District court hearings are scheduled for April 3 and 8 to decide several key legal issues ahead of the upcoming trial that will ultimately determine the outcome of PCMR.