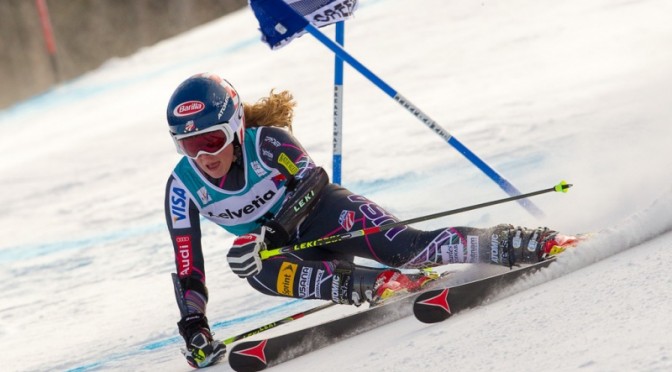 “We were just kind of getting another feel for (the track) – working on some technique and trying to get our feet back underneath us,” explained athlete Laurenne Ross, of Bend, Ore. “I was also really working on testing skis on winter snow because it’s hard to test ski during the spring and summer and fall because the snow — even when you go down south — it’s kind of springy.”

Joining Ross in the camp were Stacey Cook (Mammoth Mountain, Calif.), Leanne Smith (N. Conway, N.H.), Julia Ford (Holderness, N.H.) and Olympic slalom champion Mikaela Shiffrin of nearby Eagle, Colo. Shiffrin also joined the group last spring for the first of what they hope will ultimately be three training opportunities on the race hill in advance of the Feb. 2-15 World Championships in Vail and Beaver Creek. It was already the third time the Cook, Smith and Ross had skied on the hill after also racing on it during the Audi FIS Alpine World Cup test events last December.

The athletes trained from the super G start to the “Heckle and Jeckle” section, just above the bottom flat above the finish pitch.

“We had two really good days of super G on the Raptor. The snow was really nice — typical Colorado snow and that hill is really challenging, so it was good to get on it,” said Ford. “The hill pulls you in different directions that you don’t want to be going in. After the super G, especially, it’s one of those course where you wish you could go do it again or have some more training time. To be able to take some laps was really nice.”