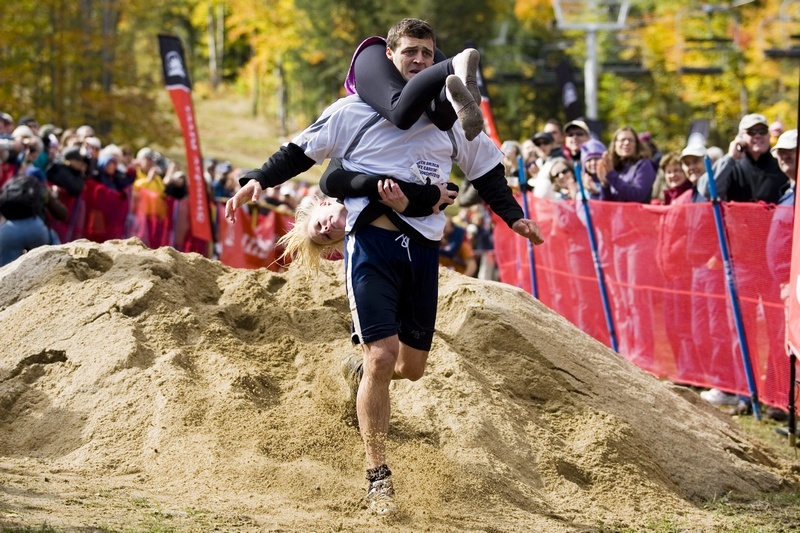 Newry, ME – The North American Wife Carrying Championship is returning to Sunday River in Maine for its 16th year as part of the ski resort’s annual Fall Festival, set for Oct. 9­–11. This full weekend of parties, competitions, and activities, including the 2nd Annual New England Cornhole Championship, welcomes the cooler weather and ushers in another winter season.

On Saturday, October 10, the 16th Annual North American Wife Carrying Championship hits the slopes, as 50 pre-registered couples test their wife-carrying skills on a 278-yard alpine obstacle course. Showcased on Good Morning America, and Live with Kelly and Michael, featuring such celebrities as The Travel Channel’s Bert the Conqueror, and the subject of multiple Associated Press and Reuters photo anthologies, the North American Wife Carrying Championship attracts competitors, spectators, and press from around the world.

For a more grown up and laid-back time, Sunday River also hosts the 32nd Annual Blue Mountain Arts and Crafts Fair during Fall Festival with over 40 regional artists and artisans, plus  a slopeside wine tent for unlimited wine samples and appetizer pairings.