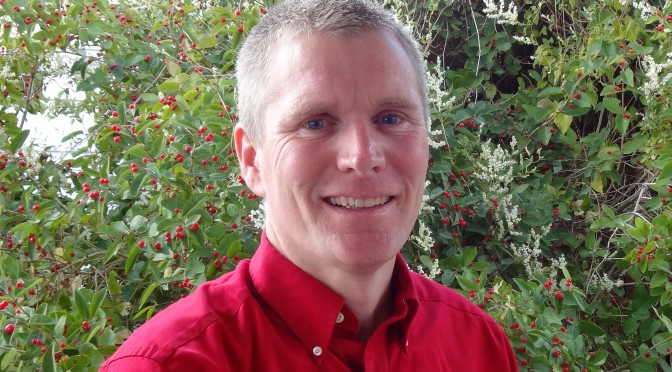 Salt Lake City, UT – While we are all dreaming of snow to start to our 2015-16 ski season, now is a perfect time to read Secrets of the Greatest Snow on Earth: Weather, Climate Change, and Finding Deep Powder in Utah’s Wasatch Mountains and around the World

($21.95 ISBN/ASIN 0874219507) by Dr. Jim Steenburgh, professor of atmospheric science at the University of Utah. Add it to your pre-ski training and decide for yourself, “Is it true? Does Utah really have the Greatest Snow on Earth?”

Steenburgh’s book is written by and for both avid backcountry and resort skiers, packed with information about the secrets of finding and skiing powder, Wasatch Mountain weather and snow science. This book is filled with fun facts for snow geeks, although Steenburgh targets his tome at snow sports consumers, not the scientific crowd, and also contains unique tidbits of history. For example, did you know that the “Greatest Snow on Earth” was inspired by a visit of the Ringling Bros. and Barnum & Bailey Circus in 1960, published in an article by the Salt Lake Tribune, used by the State of Utah beginning in 1962, and challenged in court by the circus? You already know how that one turned out.

If you’ve ever wondered about the microclimates of the Wasatch, Secrets examines each of its special ski regions — Little Cottonwood Canyon, Big Cottonwood Canyon, the Wasatch Back, Sundance and Mount Timpanogos, and the Northern Wasatch. It is written for the ski lover — scientific enough to be credible, yet sufficiently easy to read that one doesn’t need to be a meteorologist to understand.

Steenburgh also includes a great discussion of the Great Salt Lake (or puddle?), and contrary to common belief, he explains that the lake effect periods produce only about five percent of the average precipitation that falls upon the Wasatch Mountains from mid-September to mid-May. He describes what he calls the “three nuggets of misinformation that rise above the rest to stand on (his) Olympic podium of lake-effect myths.”

Avalanche danger is an important topic that every skier should understand. Steenburgh devotes a chapter of Secrets to a discussion of avalanche control work, starting with historical events during the mining era and ending with today’s cutting-edge avalanche control work. Another chapter – “Skiing Beyond the Ropes” – focuses on ski resorts in the Wasatch and the risks of venturing to the backcountry or sidecountry without the proper preparation for and understanding of avalanches. Here, Steenburgh raises an important point: “At the heart of nearly all avalanche accidents lies the inability of humans to recognize the existence or severity of the avalanche hazard. Fatal avalanches don’t sneak up on most victims out of the blue.” Steenburgh covers important steps to follow and provides many resources for skiers and snowboarders who want to venture in the backcountry.

Steenburgh starts the final chapter of Secrets with, “Let me let you in on a poorly kept secret. Global warming is real.” He notes that the Wasatch Mountain climate is warmer today that it was when they were mining silver in Alta in the late 19th century, and warmer even than when Snowbird opened its Aerial Tram to great acclaim in 1971. Given Steenburgh’s respect within the scientific community, his statement is difficult to ignore or take lightly. He does a great job of explaining the science, but the book does indeed end on a disturbing note.

In addition to its intriguing content, Secrets of the Greatest Snow on Earth is also beautifully designed from cover to cover. Historic photographs, graphics explaining the science, maps, and photos of Steenburgh and others skiing the Wasatch make it a pleasure to peruse. And if Utah readers venture beyond Utah, Secrets also examines most of the world’s major ski regions. However, Steenburgh notes, “If you ever find your Shangri-La, let me know — but otherwise keep it a secret.”

Steenburgh, a highly recognized expert on mountain weather whose research has been published by the New York Times, USA Today, The Weather Channel and the Salt Lake Tribune, and led the award-winning numerical weather prediction team for the 2002 Olympic Winter Games, shares a career’s worth of knowledge in this book. His love of both snow science and skiing are obvious, and he adds humor and personality to the scientific discussion. Readers will likely be inspired to be a follower of Wasatch Weather Weenies, Steenburgh’s snow science blog, and will likely want to keep the book handy to reference.

Take the time to read and learn about “flaky science” and the “Goldilocks storms” we all are dreaming about – and think snow!!

Secrets of the Greatest Snow on Earth: Weather, Climate Change, and Finding Deep Powder in Utah’s Wasatch Mountains and around the World