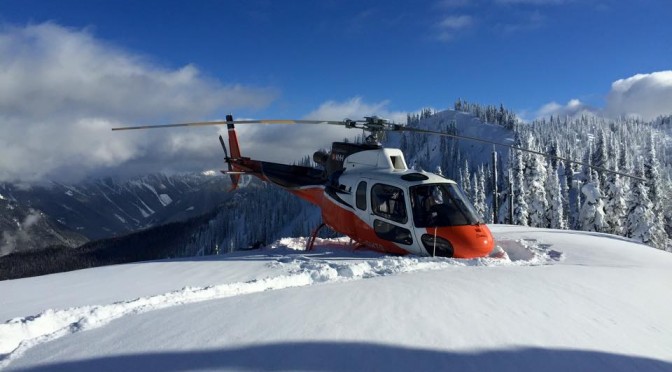 The British Columbia Ministry of Forests, Lands & Natural Resources Operations sent Kootenay Heli-Ski Inc.’s application back to the drawing board, citing local opposition and a lack of public outreach in the application process, as well as inadequate environmental mitigation efforts.

“The strong public opposition received in response to the proposal, impact to the ski-touring and snowmobiling tourism industry in the area and impact on environmental values are the factors taken into consideration for the disallowance of the application,” Sharon Daily, Section head, Land Authorizations for the Ministry of Forests Kootenay Boundary Region, wrote in a decision dated Oct. 27. “It is recommended that should the proponent wish to pursue a guided adventure tourism activity in this area at a future date, they should engage with local communities and recreation clubs in the area by holding public meetings to understand the concerns and address the issues prior to making an application. Further mitigation measures on environmental values will also be required in a future application.”

Kootenay Heli-Ski is operated by Wendell Maki, who owns Kootenay Valley Helicopters based at the airport in Nelson, B.C. Its application was for a tenure to operate on over 14,000 acres of crown land 30 km north of Nelson and west of Ainsworth Hot Springs. The company planned to fly up to 1,300 day skiers annually from Nelson during the months of December through April, using the city as its base of operations.

In a public comment period that ended on May 2, 258 separate comments were submitted to the Ministry of Forests, and all but three opposed Maki’s application. Maki has nevertheless indicated that he intends to resubmit a revised application that takes into account the Ministry’s concerns.

There are currently 18 other heli-ski and cat skiing operators in the Kootenay Rockies region of British Columbia. Within the West Kootenay region where Kootenay Heli-Ski applied to operate there are already two heli-ski operators and five cat-skiing entities, as well as two lift-served ski resorts, Red Mountain and Whitewater.