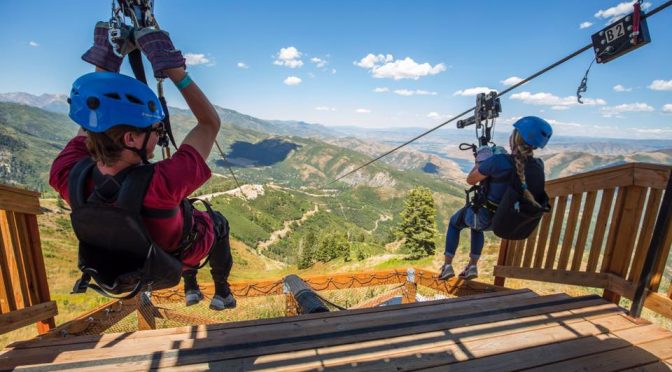 Denver, CO – Both occupancy and revenue for western destination mountain lodging properties continues to go from strength to strength for the summer of 2016, according to the most recent data released by the Denver-based DestiMetrics in their monthly Mountain Market Briefing.

The summary includes hundreds of participating lodging properties at dozens of ski resorts in six western U.S. states stretching from the Rocky Mountains to the Far West region.  As of Aug. 31, aggregated occupancy for the six-month summer period from May through October was up 7.3 percent while revenues enjoyed a striking 14.7 percent increase compared to the same time last year.

“As the summer winds down, the impressive momentum of the past several years hasn’t slowed down at all and the season is ending strongly with sustained increases in both occupancy and rates,” reported Ralf Garrison, director of DestiMetrics. “A fifth consecutive summer record is virtually certain across most mountain destinations in the West.”

Although room nights booked for the summer of 2016 have not reached the total room nights recorded during last summer, room revenue has already surpassed last summer’s total amount due to higher rates. With 60 more days of bookings and actual occupancy remaining until the end of October, room night occupancy is also expected to top last year’s final tally.

Bookings for the upcoming 2015-16 winter season are still in their infancy, but as of Aug. 31 the aggregated data among participating destinations revealed that compared to the same time last year, on the books occupancy through February 2017 is up 10.9 percent. Double-digit gains in occupancy are being reported in the four winter months currently being tracked (November through February) although the Average Daily Rate for that time period is essentially unchanged compared to the winter of 2015. Through Aug. 31, approximately 28 percent of all room nights booked for last season have already been booked for the upcoming season.

Economic indicators were also credited with keeping the summer booking pace moving as the Consumer Confidence Index jumped up 4.6 percent during August to close at 101.1 points—the first time it has moved over the 100-point mark since September 2015. The Dow Jones Industrial Average was essentially flat in August with a slight 0.15 percent decrease but remained close to record highs. In the employment sector, the National Unemployment rate remained unchanged at 4.9 percent with employers adding 151,00 new jobs during August.

“Recent reservation patterns in mountain destinations reflect the more confident consumer and this mood has been a major contributor to this summer’s expected record,” observed Tom Foley, operations director for DestiMetrics.  “Financial markets are close to record levels despite global and domestic volatility and an uncertain political environment at home.  We expect that short-term indicators will remain strong with continued healthy job creation and the higher consumer confidence and spending that come with that.”

“Though there have been political and economic opportunities for travel activity to decline this summer, travelers have continued to gravitate to mountain communities,” said Garrison. “Driven by successful marketing efforts and development of new and more engaging attractions that draw consumers to alpine environments, the summer mountain traveler is going to push mountain resorts to their fifth consecutive record summer.”