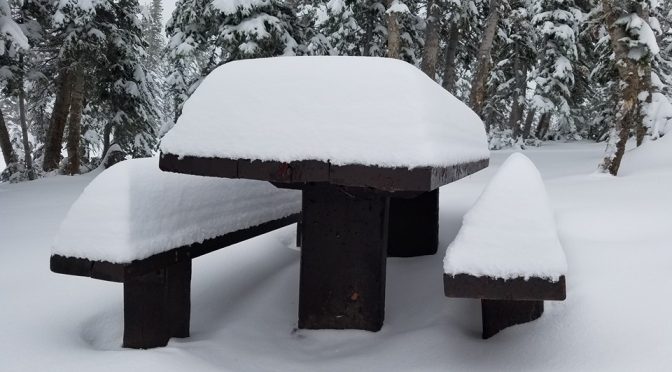 Washington, DC – Leaves are changing, and temperatures are dropping…but when’s it going to snow?

Snowfall has already graced some higher elevations in the western U.S. this year, but we know that you’re anxiously awaiting the first flakes in your own neck of the woods. The National Oceanic and Atmospheric Administration (NOAA) has released an interactive map that can tell you, climatologically speaking, when you can expect the first snows to fall near your favorite ski area.

Drag with your mouse to re-center the map. Double-click on the map to zoom in, or use controls at upper left. You can also use the search function to zoom right to a specific location, then single-click for specific location information. To improve map performance and loading times, station pop-ups appear at zoom levels of 2x or more.

This map shows the historic date by which there’s a 50% chance of at least 0.1” of snow on the ground, based on each location’s snowfall history from 1981-2010 collected from the latest U.S. Climate Normals from NOAA’s National Centers for Environmental Information. I, the end, it’s all about latitude and altitude! In general, the farther north you are, and the farther up you are, the earlier the threat of first snow. In fact, the highest elevation stations along the spines of the Rockies have a year-round threat of snow.