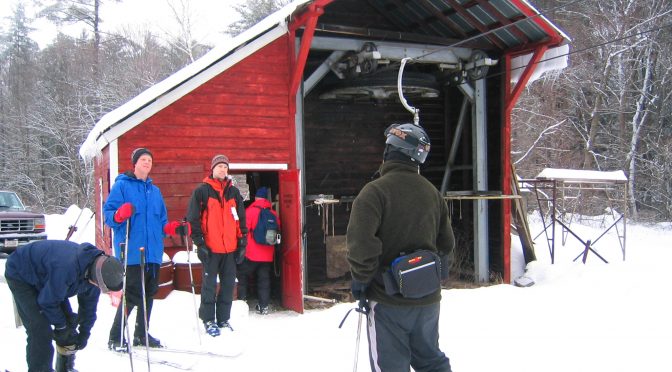 Warrensburg, NY – Hickory Ski Center in the southern Adirondack Mountain town of Warrensburg, beloved by its fans for its steep terrain, quirky throwback style and antiquated surface lifts, won’t open at all this winter.

In an unsigned message posted to its Facebook page last week, Hickory officials indicated that financial challenges are responsible for the 1,200 vertical-foot ski area’s closure.

“Hickory will not be operating for the winter of 2016-2017,” the statement begins. “The increasing costs of insurance, government regulation, and maintenance have made it impossible to operate Hickory as it has in prior years. It is an unfortunate truth that Hickory simply cannot sell enough lift tickets (even in the best of winters) to cover the rising costs of overhead.”

Other challenges have also afflicted Hickory in recent years. Entirely dependent upon natural snowfall, the snow pack in the southern Adirondacks has not supported consistent operations at Hickory in recent years, since Saratoga Springs native and current Texas resident Bill Van Pelt reopened the ski area in 2010.

The statement nevertheless offers a glimmer of hope for Hickory aficionados.

“That said, the future is bright for our favorite Adirondack ski hill,” it continues. “We look forward to reopening Hickory for the winter of 2017-2018 under a re-imagined model aimed at engaging a broad-based community of skiers and families. We appreciate the loyal support of all our Hickory Faithful during this transition. Hickory is a wonderful place that is worth preserving and we look forward to securing its success for future generations.”

“I have such fond memories from Hickory. It was my childhood. It was every weekend,” commented Adirondack resident Jim Varriale. “We went up on Friday and home on Sunday. We rode sleds down the face at night after the public left. We rode ski-bobs and our parents danced to the Bee Gees in the bar of the Sitting Bull Dude Ranch while we swam in the pool. That’s what growing up for me was like during the 70s and early 80s. I remember all of you who lived it with me and the hard work our fathers put in to make it all happen. That to me was Hickory Hill.”