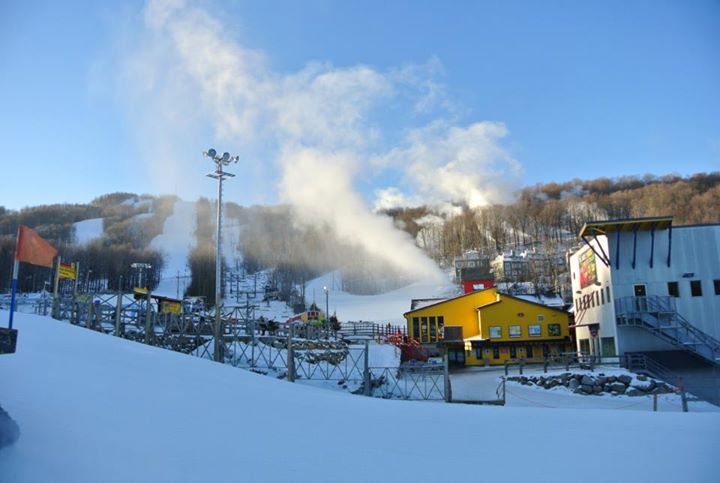 Montreal (QC), Canada – As part of Québec’s Régie de l’énergie’s hearings on energy pricing practices, the Association of Quebec ski resorts (ASSQ) called for a simplification the price plan, a review of billing practices and a relaxation of the conditions of service.

“Over the years, the Québec electricity pricing system has risen and walked away from the reality of certain industries. Ski resorts, for example, are heavily penalized simply because they use electricity on a seasonal basis, rather than regular, to the point of having to pay up to double the average rate,” Yves Juneau, Chair-Director General of ASSQ, said at the hearing held on Tuesday morning. He was accompanied by Daniel Rochon, Chairman of the Board, and Maxime St-Pierre, electrical manager at DWB, a firm specializing in mechanical structure and electricity.

Tuesday’s hearing was prompted by a request last June from the province’s Minister of Energy and Natural Resources, Pierre Arcand, for simpler, more flexible and more proactive energy pricing solutions that draw on best practices followed outside of Québec. He also indicated that industries with special needs, such as ski resorts and greenhouse growers, warranted special consideration.

The ASSQ filed a brief with the Board on January 18 detailing the reality of ski area energy consumption, and putting forth potential solutions. The brief claimed that winter tourism in Québec accounts for 12,000 annual direct jobs to serve 1.4 million skiers across the province, who generate C$800 million in economic benefits across all regions.

Despite this, several ski areas remain on the economic brink thanks to snowmaking costs. Since snowmaking tariffs, first introduced in the 1980s to facilitate the development of snowmaking capabilities, were abandoned in 1997, the ski areas’ cost of electricity has increased a minimum of 8% annually. As resorts absorbed these increases, they also had to learn to adapt to climate change, with shorter and warmer seasons creating snowmaking windows that were less frequent and less predictable. Unfortunately, snowmaking efforts in Québec are penalized by a demand charge associated with short-term consumption. This winter penalty is calculated during the main snowmaking period, driving up the cost of energy for the whole year.

This triple pressure stifled several snowmaking equipment modernization and energy optimization projects at ski areas in Québec, even though more modern infrastructure could generate consumer savings that could exceed 30%, according to estimates provided by the ASSQ, especially during periods of high consumption for all customers of electrical utility Hydro-Québec. Members of the ASSQ are also of the opinion that Hydro-Québec now has technologies to offer greater capacity for billing adaptation and simplification. It would thus be possible to grant a short-term measure specifically adapted to snowmaking activities, and revise the terms of service for energy billing.

In its brief, the ASSQ cited Québec Premier Philippe Couillard’s interview from December 22, 2016, wherein Couillard claimed that ski resorts can benefit from electricity rate reduction at the start of the season to increase early snow production, thereby increasing their competitiveness.

“We have had positive discussions with managers. We presented several examples of irritants and simplification of the fee schedule applicable to the ski resorts that would achieve the target average tariff of 12 ¢ / kWh. Ultimately, if our solutions are selected, it is not only the ski industry that will be better, but Hydro-Québec and the winter tourism industry in all regions of Quebec. It is an approach which produces only winners,” Juneau concluded.