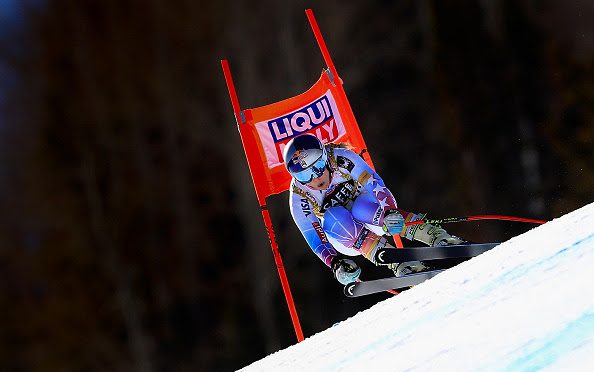 Aspen, CO – The upper echelon of ski racers from around the world have descended upon a little place called Aspen this week for the final Audi FIS Ski World Cup event of the season – the grand finale – World Cup Finals.

Headlining the event will be Mikaela Shiffrin, of Eagle, Colo., who recently swept the tech series and clinched the slalom globe at Squaw Valley, Calif., is attempting to bring home her career first overall World Cup title this week.

Though the men have not been on Aspen soil since November 2001 when Aspen hosted a World Cup slalom race, the women have competed in World Cup races every year since 2001 with the exception of 2003-04 and 2013-14 seasons. Needless to say, it’s good to be back on Aspen snow – a sentiment felt not only by he American team, but across all nations.

The festivities will begin today with downhill, and the week will be action-packed with hunts for globes. While Marcel Hirscher of Austria has clinched the overall men’s title, Shiffrin will have to wait, carrying a 378-point margin over Slovenia’s Ilka Stuhec with four events remaining. In addition to wrapping up the slalom globe with her win Saturday in Squaw Valley, she’ll be challenging the 80-point lead of France’s Tessa Worley in giant slalom on Sunday.

Though the women on the tech side are no strangers to Aspen, the last time a speed event of any kind was held in Aspen was in December 2007. A new track is a tricky thing to master, and after two downhill training runs, the athletes seem to finally be figuring it out.

The “America’s Downhill” track, which starts on Ruthie’s Run and sends racers into Aztec and Spring Pitch, creates one of the most challenging sequences of high-speed turns of any downhill in the world. This week, the track features grippy Colorado snow and an excellent surface considering the warm temps and spring-like weather.

Though Steven Nyman (Sundance, Utah) had high hopes to become the first American Downhiller male to win the downhill globe on home soil, he’ll be on the sidelines watching and cheering on his teammates, including Travis Ganong (Squaw Valley, Calif.) – currently ranked seventh in the world in downhill.

After two downhill training days for the men and women, Stuhec is a clear favorite on the women’s side, but Colorado girl Lindsey Vonn will undoubtedly put up a good fight that’ll have the crowd on their feet. Italy’s Sofia Goggia and Germany’s Viktoria Rebensburg have been skiing fast both days in training, too. On the men’s side, it’s a fight for the globe between Attacking Viking Kjetil Jansrud and Italian Peter Fill, though Fill has been strong in training.

Keep an eye on a couple of fresh faces skiing for the U.S., including Sam Morse (Carrabassett Valley, Maine) and Alice Merryweather (Hingham, Mass.), who recently swept downhill gold at the 2017 FIS Junior World Ski Championships last week, earning them a starting spot in today’s downhill.