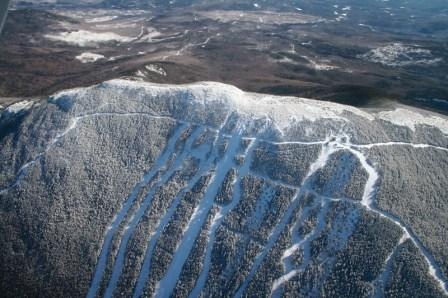 Rangeley, ME – Earlier this month, the United States Citizenship and Immigration Services (USCIS) approved USA Lifestyles, Inc. as a Regional Center within the Immigrant Investor Pilot Program, known as EB-5.  The designated geographic area of the USA Lifestyles Regional Center includes Franklin County and Livermore Falls in Androscoggin County, collectively known as Greater Franklin County. Saddleback Maine, a ski and snowboard resort in the state’s northwestern corner, is one of the group’s participants.

The EB-5 Visa program provides a method for foreign nationals to obtain a green card and permanent residency in the United States through investment in U.S. companies within a designated regional area.  To qualify for an EB-5 visa individuals must invest one million dollars in a program that creates or preserves at least 10 jobs, however, this regional center is in a designated rural area which allows a $500,000 minimum investment.

“The benefit of a EB-5 Regional Center is that an EB-5 investor’s investment must create 10 jobs directly or indirectly. This allows more opportunities for small businesses needing funding to qualify for EB-5 under this program. For instance, due to the nature of some businesses adding 10 jobs directly to their company may not be possible, but the funding may create additional jobs indirectly in the area,” said USA Lifestyles President and Saddleback General Manager, Christopher Farmer.  “An example of indirect job creation would be when a lodging facility is built it may create five jobs on site, however with the increase in lodging in the area, more overall patrons will visit. This will create the need for more jobs in the restaurants and retail businesses that support the lodging facility.”

On November 23, 2010, USA Lifestyles Inc. made application to the Department of U.S. Citizenship and Immigration Services for designation as a Regional Center covering Greater Franklin County. The Regional Center designation is the result of a collaborative private enterprise effort between Saddleback Mountain, Greater Franklin Development Corporation, and Otis Ventures.

The start of this initiative began in 2008 with the recommendation of marketing strategist, Foster Chandler of Killington, Vt. Saddleback then began looking at the success of Jay Peak Resort and the Vermont State EB-5 Regional Center that led to a quarter billion dollar foreign investment in the northern Vermont ski and snowboard resort’s infrastructure. Farmer began to research the possibility of establishing a regional center in the Northern Franklin County area to create more quality private sector jobs at Saddleback Maine and other area businesses in a tough economic climate.

“Growing up in Franklin County, I watched hundreds of good quality manufacturing jobs disappear from the area, leaving the state for foreign lands,” noted Farmer.  “This is a unique opportunity to bring investment dollars back from those areas to Franklin County and create good paying long-term jobs. In my opinion, the Berry Family’s goal of preserving jobs and creating new quality jobs will now reach a new level with this EB-5 regional center.”

In 2009, the Greater Franklin Development Corp, established by local business owners in 1998 as an effort to strengthen the economic development in the greater Franklin County area, approved an initial grant to help defer the legal costs to begin the process of approval for an EB-5 regional center, and continued to strongly support the development of the project.

“We are really excited about the positive economic opportunities that the EB-5 Regional Center will offer to existing businesses and businesses looking to locate in Franklin County and Livermore Falls.  The prospect of creating jobs in the greater Franklin County region is limitless,” says Alison Hagerstrom, Executive Director of Greater Franklin Development Corp.

In the summer of 2010 Otis Ventures, seeing the potential for redevelopment of the James River Otis Mill, signed on to assist with the EB-5 Regional Center application by assuming some of the costs of the econometric studies and legal fees asssociated with establishing the regional center.

“The EB-5 Regional Center will be a great opportunity for Otis Ventures to attract investors and advance the revitalization of the Otis Mill and the surrounding community…and most importantly, create jobs!” agreed Mary Howes, Otis Ventures, LLC.

Senator Susan Collins and her staff have been assisting the business group by asking questions and getting answers from USCIS as well as other agencies during the approval process.

“This is a great day for Franklin County, Livermore Falls, USA Lifestyles, and for the State of Maine.  Western Maine is a place of extraordinary beauty, strong communities, and a skilled and dedicated workforce.  As a Regional Center, this area now will be able to attract investment not only from Maine and the United States, but also from around the world.  With this investment will come new economic opportunities and, most important, good jobs,” said Collins.

In late spring 2011, the 125th legislature passed LD-1 which directed the Department of Economic and Community Development (DECD) to collaborate with other agencies and businesses to make application for an EB-5 state regional center. When it was discovered that a group in Franklin County had already made application in November 2010, DECD chose to put their support behind the initiative rather than “reinventing the wheel.”

“This is a great opportunity being seized. We have a group in Franklin County being the first to bring this new economic development tool to Maine, a tool for creating jobs in Maine for Maine people that doesn’t use taxpayer assistance,” explained George Gervais, Commissioner of the Department of Economic and Community Development.