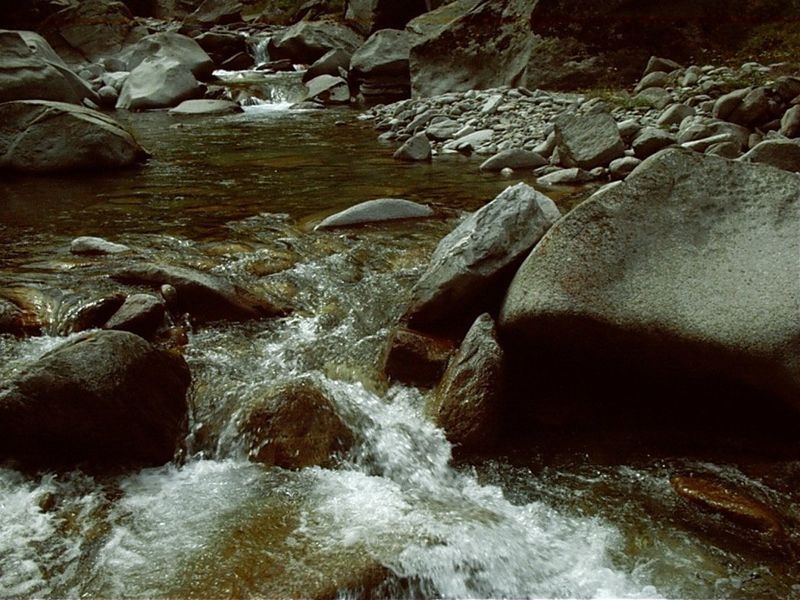 Denver, CO – In the bone-dry west, water rights are an extremely valuable asset. For ski resorts that depend upon water for snowmaking, they’re absolutely essential.

It should therefore come as no surprise that ski areas will take any steps necessary to preserve their access to an ample supply of water. That’s why The National Ski Areas Association (NSAA) filed a lawsuit in Federal court in the district of Colorado on Tuesday against the U.S.D.A. Forest Service (USFS) to challenge a new water rights clause that the group asserts results in an unconstitutional taking of property.

“We greatly value our longstanding and successful partnership with the United States  Forest Service in delivering outdoor recreation experiences  for millions of Americans that are unmatched in the world,” said NSAA President Michael Berry.   “As always, we will continue to work positively and cooperatively with the agency to provide these opportunities on public land, but water rights are simply too critical and valuable to our operations  not to  defend  ourselves  against this outright taking of private property by the U.S. Government.”

Many ski resorts, particularly those in the western U.S. operate on Forest Service land leased from the federal government. The controversial water  rights clause in these leases, or Special Use Permits, requires ski areas operating on Forest Service land to transfer ownership of many types of water rights to the United States government, including water rights that have been purchased with private dollars by ski areas for business operations.  From NSAA’s view, requiring ski areas to transfer ownership or limit the sale of water rights without compensation is no different than the government forcing a transfer of ownership of gondolas or chairlifts, grooming machines, or snowmobiles without compensation—except for the fact that water rights are significantly more valuable than these other ski resort assets.

The NSAA says that their lawsuit should be a wake-up call for cities and counties and other entities that have  invested  in the development of water rights that are in any way associated with National Forest System lands.  Because of the significant percentage of water that originates on National Forest System lands, this change in policy could impact other water owners  including cities and counties, owners of recreation residences, marinas and summer resorts, ranchers, mining interests and utilities.

Ed Ryberg, the former coordinator of the Forest Service’s ski area program from 1992 to 2005, says instead that the new water clause merely restores the situation that existed before 2004, when the ski industry’s lobbying efforts prompted a regulatory change that was silently implemented.

“The 2004 water rights clause was implemented during my tenure and accordingly, I experienced how the ski industry exploited the lax regulatory environment that characterized the Bush Administration to attempt to effectuate the transfer valuable water rights, that justly belong to the American people, to private ski areas,” Ryberg wrote in a letter addressed to U.S. Senators Mark Udall (D-CO) and Michael Bennet (D-CO), and Colorado Governor John Hickenlooper (D). “The 2004 water rights clause is the legacy of this effort and should be seen in the context of that administration’s regulatory failures that allowed greed to jeopardize our economy and environment.

“Prior to 2004, the ski area permit water rights clause was straightforward and unambiguous,” Ryberg continued. “This clause required that all water rights acquired or claimed by a ski area permitee during the term of their permit, which involved diversion of water directly from NFS (National Forest Service) lands, to the extent they were applied to beneficial use to carry out the purposes of applicable statutes, protect Federal property and economic interest, and protect the public interest. The intent of the requirement that water rights for water used to provide outdoor recreation on permitted ski areas be held by the United States is to ensure that water needed to operate these ski areas will continue to be dedicated to that use. This helps to ensure these ski areas and the outdoor recreation they provide the American people are sustainable as required by the MUSY Act.

“The 2004 water rights clause was a radical change to Forest Service direction with regards to water rights at permitted ski areas,” Ryberg argued. “It eliminated the long standing requirement that ski areas transfer water rights for water diverted and put to beneficial use on NFS lands to the United States.”

Attorneys, however, indicate that the issue is likely one of fact that will need to be decided by the courts.

“To effectuate a taking, the government need not gain physical possession of a landowner’s property (as through eminent domain), though that is an obvious example of a taking,” explained Cronheim. ” A government regulation that prevents a landowner from any economically beneficial use of his property can also be deemed a taking. The rather amorphous test developed by the Supreme Court is whether the regulation goes ‘too far.’ Determining whether a regulation goes too far is a highly fact-specific question.”

“In this case, ski resorts allege that a unique and valuable type of property is being ‘taken’ by the federal government – the right to use water. However, unlike in a traditional takings case, the ‘regulation’ here is actually a contractual provision. The government will likely defend the suit on the grounds that the resorts are simply free to reject the lease if they don’t like the terms. Because the overwhelmingly majority of skiable acreage in the western United States is located on Forest Service land, a decision upholding the Forest Service’s contractual provision would be particularly damaging to resorts in the Rockies and on the West Coast.”

Prior to litigating the matter, NSAA urged the agency to  set aside the controversial water clause and start over on a clause that they say was within the bounds of the law and protected all parties’ interests. NSAA was not alone in making this request, as in addition to Senators Udall and Bennet and Governor Hickenlooper, Sen. John Barrasso (R-WY), Sen. James Risch (R-ID), Colorado representatives Scott Tipton (R) and Jared Polis (D),  Doc Hastings  (R-WA),  Chairman of the House Committee on Natural Resources, Frank Lucas (R-OK), Chairman of the House Committee on Agriculture, Mike Simpson (R-WY), Chairman of the Appropriations Subcommittee on Interior and the Environment, and  Jack Kingston  (R-GA),  Chairman of the  House Subcommittee on Agriculture, Rural Development,  also requested in writing that the agency issue a moratorium on implementation of the controversial clause.

When the agency refused to withdraw the clause, NSAA went to federal  court to seek  judicial review and injunctive  relief and protect the rights and interests of its member ski areas.   Three ski areas have already been required to accept the new clause, effective November 8, 2011, as a term in their special use permit in order to operate. Those ski areas include Powderhorn in Colorado, Alpine Meadows in California, and Stevens Pass in Washington, all of which have changed ownership within the past year and had to have their special use permit transferred.

“In essence the Forest Service has given resorts the unpalatable decision between closing or transferring millions of dollars worth of property to the federal government without compensation,” concluded Cronheim. “The downside is potentially so catastrophic for resorts, that this may well be the most important single piece of litigation affecting the ski industry in the past two decades.”