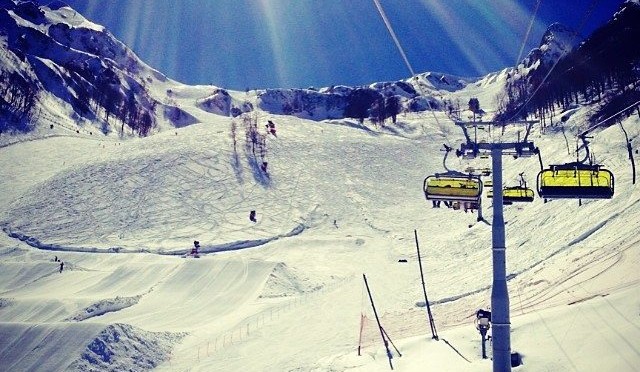 Resort officials indicate that six skiers were on the resort’s blue-square Labirint run when the avalanche struck. The slide propagated from the resort’s black-diamond “Crazy Khutor” run above, which was closed. Two unidentified women were buried, and rescuers were unable to locate the victims before they died. The four others reportedly escaped unharmed.  Early reports on Rossiya television indicated that three were killed in the avalanche, citing witness accounts.

Investigators are said to be looking into the cause of the snow slide. Resort officials indicate that avalanche mitigation efforts were conducted using automated GAZEX cannons prior to Sunday’s opening, and snow conditions were determined to be stable following these efforts.