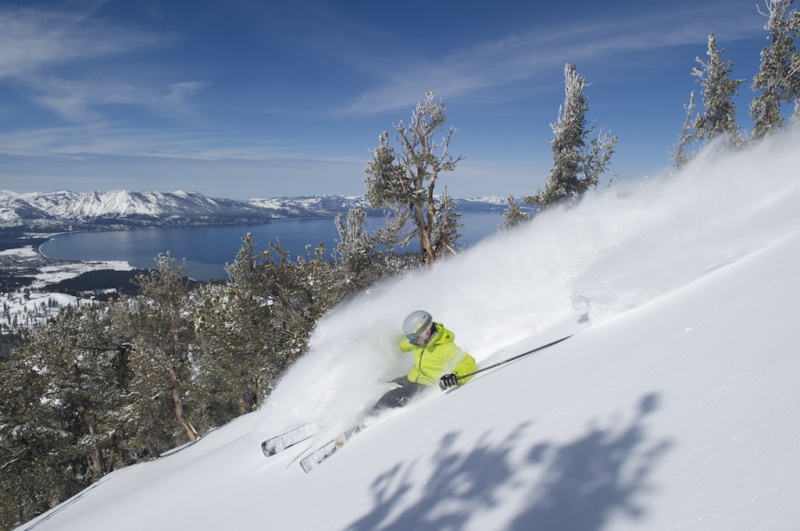 Lake Tahoe, CA & NV – For the second consecutive season, Lake Tahoe’s ski and snowboard resorts are reporting an increase in skier visitation numbers that outperformed the percentage growth at U.S. ski resorts as a whole by more than four times the national average. Nearly eclipsing the all-time mark set during the 2004-05 season, the more than 3.6 million skier visits during the 2010-11 season marks the second busiest on record replacing last season’s impressive double-digit growth.

Concluding the 2010-11 season, several Ski Lake Tahoe resorts including Alpine Meadows, Squaw Valley USA and Kirkwood Mountain Resort will open their lifts for skiing and snowboarding during the upcoming Fourth of July weekend. Sugar Bowl will do so as well for season passholders only. This marks the second consecutive year that the snowpack has been deep enough for lifts to be open in Lake Tahoe from Halloween through Independence Day.

The 2010-11 season featured numerous bottomless bluebird powder days with storms measured in feet rather than inches. The winter began with Lake Tahoe posting the snowiest November and December ever experienced by the region. Touting top-to-bottom powder conditions heading into the holidays, Lake Tahoe experienced a four-day storm that delivered over ten feet of fresh snow – the highest storm total in more than 40 years. The final seasonal snowfall totals in the Lake Tahoe area crested the 800 inch mark and base depths of more than 300 inches were reported.

Lake Tahoe features numerous ski resorts in close proximity to one another, creating a diverse on-mountain experiencce for visiting winter enthusiasts. The region also features 24/7 nightlife thanks to area casinos and non-stop entertainment options and award-winning restaurants. Access to the lake’s ski resorts is among the country’s most convenient thanks to the nearby Reno-Tahoe International Airport, located less than an hour drive from the slopes.