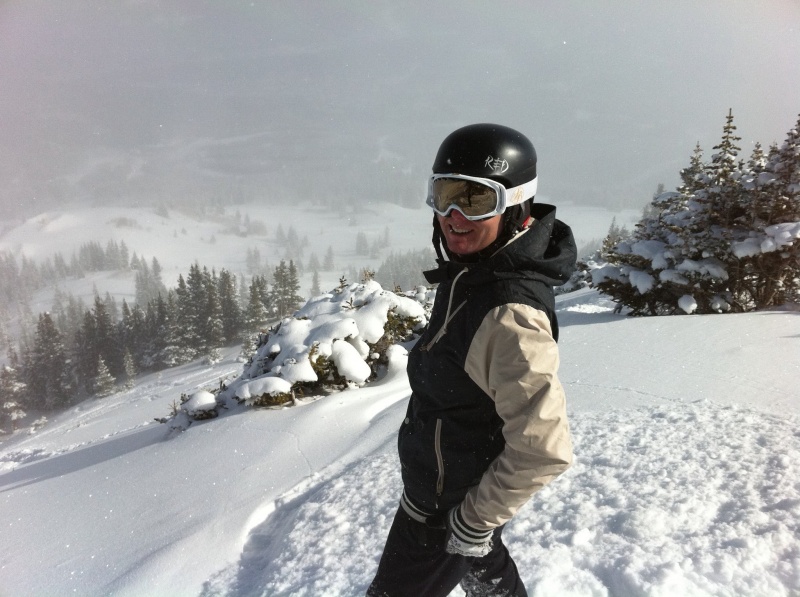 “Christian comes with a wealth of experience, energy and enthusiasm,” said David Perry, senior vice president, Aspen Skiing Company.  “His accomplishments include a highly successful career with Vail Resorts, most recently holding the top Marketing post as Senior Brand Director at Keystone, with prior terms at Beaver Creek, Vail and Breckenridge. We are excited to have him on our team.”

Knapp received a SAMMY Award at the recent National Ski Areas Association convention in San Diego recognizing future leaders in the industry. He has worked in the ski/snowboard industry for 15 years, starting in 1996 at Mt. Bachelor and since 1998 with Vail Resorts. He was instrumental in executing the Vans Triple Crown of Snowboarding, Superpark, Cutter’s Cup and setting up Breckenridge’s first Freeride Team.

He later moved to Vail Mountain where he managed marketing efforts for the snowsports school and developed the first large-scale Spring Back to Vail end-of-season celebration. He then moved to a brand management position at Beaver Creek. In 2007 he was promoted to head up marketing efforts for Keystone Resort and charged with repositioning the brand as a premier family destination.

“Heading up marketing for one of the most prestigious brands in the ski industry is an incredible honor and truly the opportunity of a lifetime,” said Knapp. “The team at Aspen Skiing Company is second to none and I couldn’t be more excited to bring my point of view and help further differentiate the brand while bearing in mind its authenticity and heritage. On a personal note, my wife Julie and two boys are excited about relocating to the Roaring Fork Valley and look forward to becoming part of the community and taking advantage of everything it has to offer.”

Knapp was appointed by the Colorado Governor as an at-large Board Member at the Colorado Tourism Office (CTO) in January 2010. This is a legislatively-created division within the Governor’s Office of Economic Development and International Trade (OEDIT). The Board is responsible for policy and budgetary development of the CTO within the purview of the Colorado Tourism Office Board of Directors (CTOB), made up of members from the tourism industry and the state legislature. Additional responsibilities include chairing the Advertising, Marketing & Public Relations (AMP) sub-committee representing $10 million in annual marketing expenditures.